My Account My Profile Sign out
My Account
Search
Worldwide North America United States New York State New York Wild Flag interview: 'Music has been quiet and reserved and polite, and that's just not what we are'
Advertising

The term supergroup has been used to describe Wild Flag since the band's inception in 2010, but that doesn't mean its members—Carrie Brownstein, Rebecca Cole, Mary Timony and Janet Weiss—have to like it. "It's such an eye roll for me," says Brownstein with a laugh, when we reach her before a day of filming her IFC sketch-comedy show, Portlandia. Timony, chatting via phone from Washington, D.C., agrees: "[Supergroup] doesn't mean what it used to mean. Now it just means a new band with people that used to be in different bands."

That's fine—but the fact remains that this collaboration is something special. Brownstein and Weiss, formerly of the much-beloved Sleater-Kinney, are performing together for the first time since that group broke up in 2006. And Timony and Cole are indie-rock stalwarts in their own right, having played with Helium and the Minders, respectively. For fans of those groups—and really, anyone who loves rock & roll—Wild Flag is one of the most exciting joint efforts in a long time. "Music has been quiet and reserved and polite, and that's just not what we are," Weiss notes by telephone from Portland. "We're explosive and daring and ballsy. For the people who want that, this is going to be a fun band."

The group formed almost by accident. Brownstein was working on the score to Women Art Revolution! Lynn Hershman Leeson's 2010 documentary about the feminist art movement, and recruited Weiss and Cole to contribute music. "The director wanted some vocals, so we sent a track to Mary to sing over," remembers Cole, also calling from Portland. "When we got it back, it sounded like a band, and we thought, Wow, we may have something here."

One of the initial hurdles to bringing them all together was location: Timony is based in D.C., while the rest of the group lives in the Pacific Northwest. ("I've been traveling out to Portland a lot," Timony explains.) And there was also the matter of chemistry. Despite the fact that all four women have played together in various permutations, none of them knew whether joining forces as a quartet would yield anything interesting. "We were hesitant to actually call it a real band until we knew that something existed beyond four individuals playing music together," explains Brownstein. "It's really easy to create and record music these days, but it's not as easy to be a great band in terms of performance ability."

They needn't have worried. Brief tours of the West Coast late last year and the rest of the country this spring proved the four are totally in sync. During Wild Flag's sold-out sets at Brooklyn's itty-bitty Rock Shop in March, the crowd—who, at that point, knew virtually nothing about the band beyond its pedigree—fed off the musicians' palpable energy; you could tell they were having a blast playing together. "I've never had so much fun performing live," enthuses Timony. "It's such a relief, because all I have to focus on is playing guitar, [which is] one of the most fun things about music to me."

That dynamic quality was something the band wanted to preserve when crafting its eponymous debut album. In April, all four gathered at the Hangar, a Sacramento warehouse converted into a studio space, to lay down tracks, recording live rather than putting songs together piecemeal. "We wanted to capture where the band was, the parts that were still raw and unformed," says Brownstein. Adds Weiss, "Really, how we interact is the most important and interesting thing about this band at the moment. I feel like how the four of us work together—the energy and tension that's created when we're playing music together—is a real asset." Wild Flag, released in September, is a short (just under 40 minutes) but powerful sonic blast, melding the best things about these performers into a cohesive whole.

The group swings back through New York this week, playing three shows—all sold out, of course—including the Bowery Ballroom on Tuesday 18 as part of the CMJ Music Marathon. Aside from a spot opening for Sonic Youth in August, it'll be the first time the band has played here since those initial small shows, and the first time since the album was released. "It'll be more exciting to share the songs live now that we're comfortable with them," says Cole. "Hopefully the showmanship will be better. Whether ten people or 10,000 people are excited, the most important thing is doing the best work that we can." 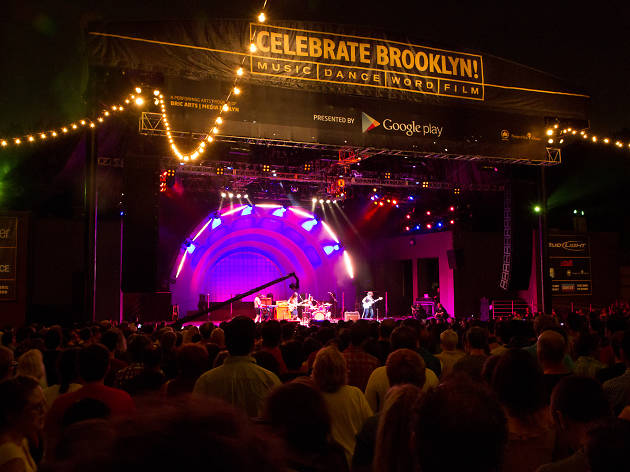