Harken back to the days where neon purple and forest green made for a fashion-forward color pallette, Betamax technology signaled the way of the future and Aliens was the cinematic voice of a generation rather than a meager disappointment at the box office. The best '80s songs embody that sense of flashy pomp and extravagance—from "Living on a Prayer" to "Don't Stop Believin," the decade's penchant for everything over-the-top yielded tunes that make for the best pop songs and karaoke songs imaginable. So break out that Walkman, hit up the best vintage stores for your retro fashion needs, updo your hair and get ready to wear your heart on your shoulder pads—here are the best ’80s songs ever made.

Listen to the best ’80s songs

In the early-’80s subgenre of songs about surveillance—a category that includes such worthies as “Eye in the Sky,” “Somebody’s Watching Me” and “Every Breath You Take”—none is as straight-up catchy as this mid-period Hall & Oates number, the title track of their 1981 album. The Philly duo was in the process of giving its rock-and-soul sound a shiny new-wave makeover (complete with synthesizer), but the secrets to the song’s lasting pep are its backing harmonies and, especially, its good old-fashioned handclaps. We dare you to hear it and not clap along.—Adam Feldman 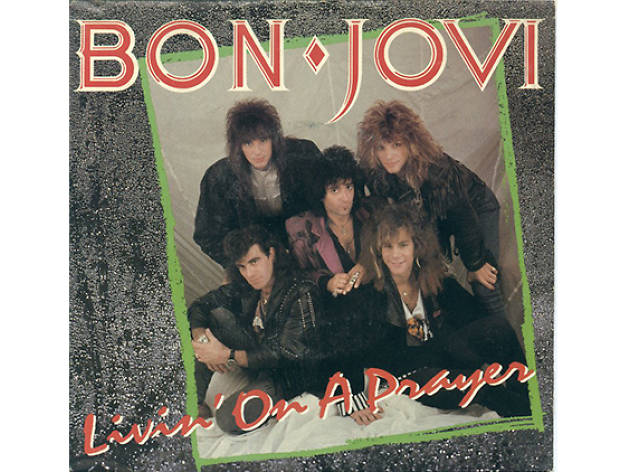 For a good decade there, it seemed as though "Born to Run" was the absolute final word in blue-collar rock & roll mythmaking—but then along came the Boss's fellow Jerseyans Bon Jovi, who slathered the old story of two hard-luck dreamers longing for escape with a thick coat of glam-era bombast. Whether you take this 1986 hit as a cheesy relic or the apex of steroidal FM rawk, Bon Jovi's tale of guitarist turned dock worker Tommy and his diner-waitress main squeeze, Gina, is essentially flawless, right down to guitarist Richie Sambora's iconic talk-box–assisted opening hook and that vertigo-inducing key change after the bridge.—Hank Shteamer 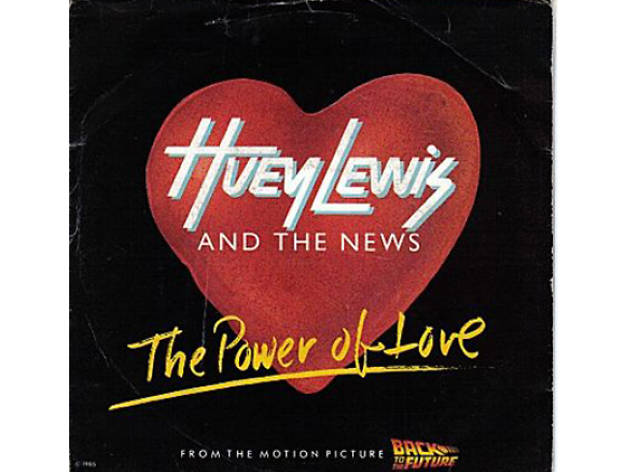 It wasn't just a souped-up DeLorean that safely spirited Back to the Future's Marty McFly home to the '80s: He was also aided by this ditty from harmonica-blowing everydad Huey Lewis, who penned the song for the 1985 blockbuster's soundtrack. It's about as sappy as they come, but Baby Huey smartly slips in a line about how love doesn't require a credit card, which, as anyone who's gone on a date in the past 50 years can tell you, is totally bull. But it's a sweet thought.—Andrew Frisicano

1981 was the year that a band from Sheffield named after a sci-fi board game became pop superstars, and it was “Don’t You Want Me” that sealed the deal. But it almost didn’t. The Human League’s Phil Oakey tried to stop his “nasty song about sexual power politics” becoming the last single from the band’s era-defining Dare album. Virgin ended up releasing Oakey’s sordid but potent duet with the group’s teenage backing singer Susan Ann Sulley anyway. The rest is karaoke history, baby.—James Manning 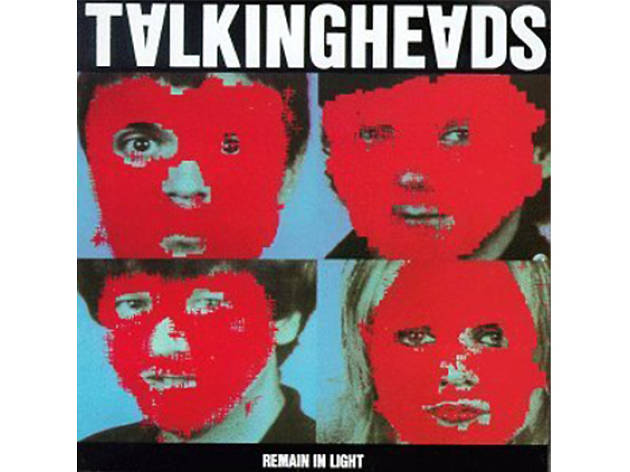 Though it proved a surprise commercial hit for David Byrne's new-wave art-pop experimentalists, it's easy to forget just how deliciously weird this song sounded back in 1981. Serving up a heady—occasionally otherworldly—mixture of Afrobeat, funk, pop, rock, disco and psychedelia, the chorus of this existential anthem is huge enough to have stuck around for over 30 years.—Tristan Parker 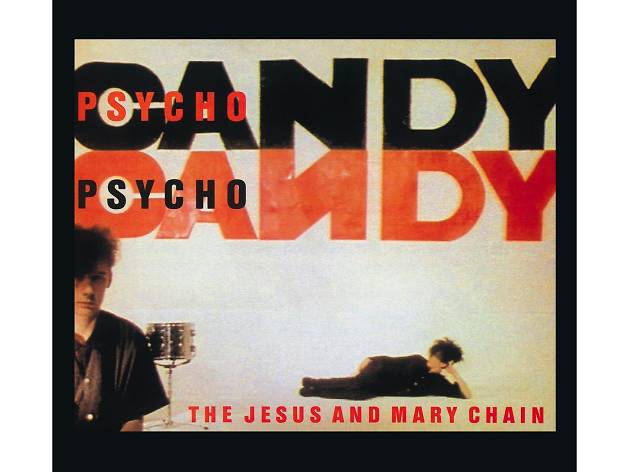 The first four iconic seconds of the Ronette's "Be My Baby" have been sampled again and again over the past 50 years: Billy Joel, The Magnetic Fields, The Strokes, Amy Winehouse, Dan Deacon, Gotye…the list goes on. But only one band had transformed that groundbreaking phrase into a musical piece that defined an era (almost) as deeply as the Ronettes. The Jesus and Mary Chain's "Just Like Honey" captures a certain proto-shoegazey, bittersweet longing that pristinely characterizes the hazy milieu of the ‘80s—not to mention gave Sophia Coppola's Lost In Translation a killer outro a few seconds before the credits roll.

When she strode on the scene in 1988, Neneh Cherry was one of those pop stars who made you do a double take—what the? who the?—before you ran out of the house to buy the single (on cassette, natch). The stepdaughter of jazz musician Don Cherry, Neneh was raised in Stockholm, New York and London, which explains her deliciously odd accent and assured street smarts. Decades before a very pregnant MIA performed at the Grammys, Cherry made her British-TV debut performing this hip-hop classic pregnant and proud—and delivering one of hip-hop’s freshest flows to this day.—Sophie Harris 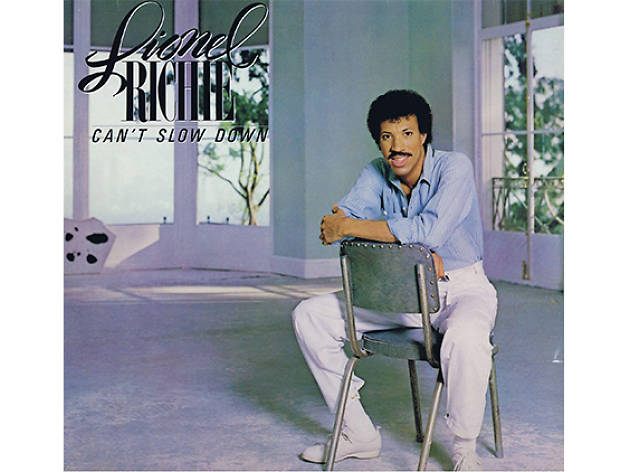 It's impossible to feel bad when this tune's Caribbean-inflected rhythms start pumping from a nearby speaker. The perma-coifed Commodores frontman's 1983 single smashes any attempts to resist its groove. And that bit that sounds like made-up gibberish? It is. Richie attempted to find some suitable foreign phrases but got impatient and invented his own international party language.—Andrew Frisicano

With jukeboxes and leather jackets, “Faith” was dressed up as old-time rock & roll, but the uptight shuffle remains gloriously modern. Michael produced the track himself with micromanaged minimalism. The guitar, claps and drums are so closely microphoned and clipped that the acoustic instruments pop and lock like the best electronic dance music. The hermetically sealed precision of the 1987 title track makes for surprising sexual tension. It’s all audio close-ups, the sonic equivalent of zooming in to a close shot of his tight denim ass.—Brent DiCrescenzo 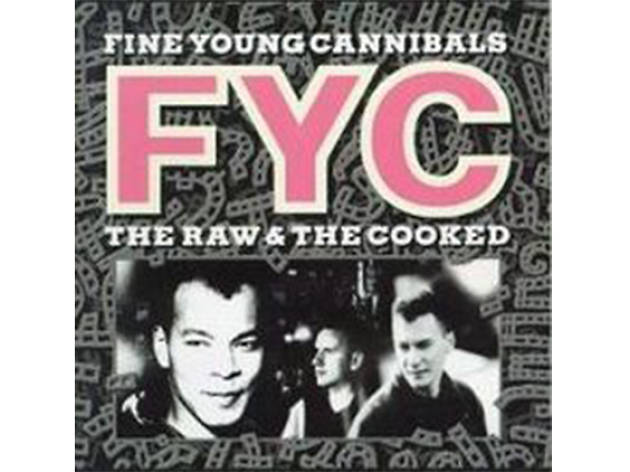 Fine Young Cannibals were so much weirder and cooler than you remember. The trio, a splinter off the English Beat, had its roots in ska, but over two albums chiseled a new pop sound that would echo onward from Massive Attack to TV on the Radio. But you could still smash faces at the roller rink to it. The arrangements on the sophomore album, The Raw & the Cooked, are spare and inflated, like punks playing to Wall Street. In this opening cut, big sloppy washes of distorted guitar crashes over a rigid drum machine, as Roland Gift lifts it to the sky with his helium falsetto.—Brent DiCrescenzo 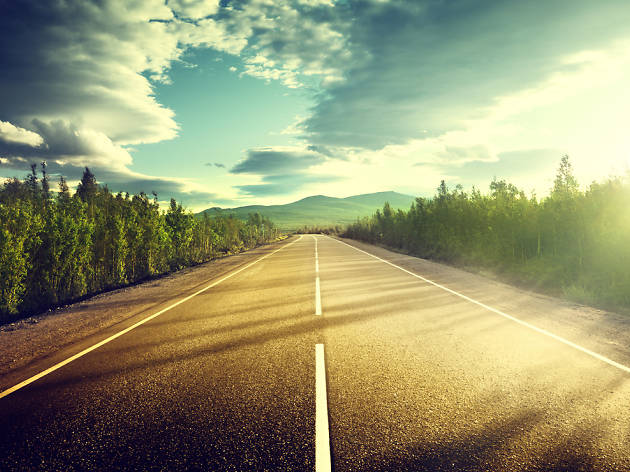 Hit the road, Jack, and crank up the dial with our definitive list of the best road trip songs ever