Anyone who’s ever returned to Paris after many years away will know the feeling. The city may appear much the same, but while all those iconic buildings and monuments remain largely as they were, there’s still something uncannily different about the place.

Barring a few more skyscrapers over in the 13th arrondissement, the architecture of the city centre has largely stood stock-still for more than a century. But pretty much everything else has changed: the people, the transport, the air quality, and very often the contents or original purpose of the buildings.

That’s why looking back at photos of the city from the twentieth century is compelling: the picture-postcard Haussmanian look of central Paris survives more or less unchanged, while the rest of the world appears to twist and turn and metamorphose around it. So we were delighted when we stumbled across the following pictures taken by Roger W – an ex-US soldier who was stationed in Europe in the 1960s and 1970s.

At the time, the French New Wave was setting the cultural agenda and the student riots of 1968 were about to shake up the political status quo. Taking in sights ranging from the Louvre to the Pont Bir-Hakeim, these holiday snaps form a time-capsule of a filmic, serene, familiar and yet very unfamiliar city. 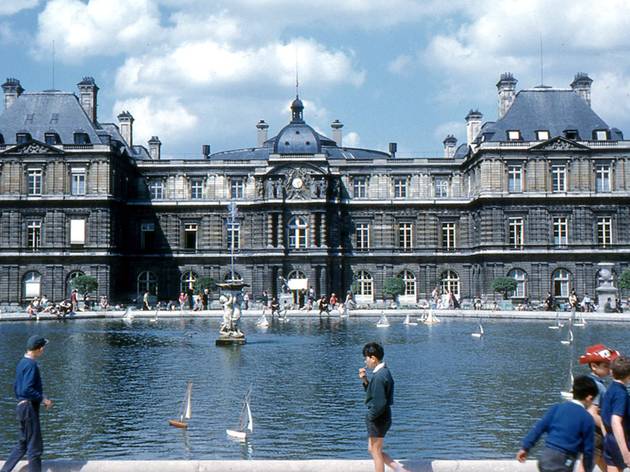 Children play by the ‘Grand Bassin’ behind the Palais du Luxembourg in 1960. At the north end of the sprawling Jardin du Luxembourg park, this pond has played host to rentable, hand-made wooden toy yachts since 1927. 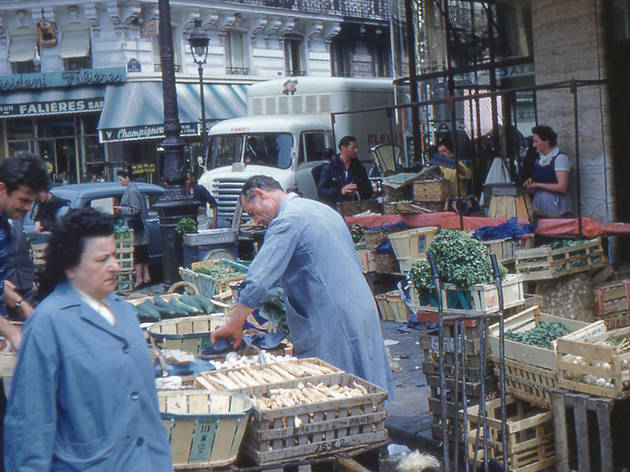 For more than a century, in Émile Zola’s words, Les Halles was the ‘Belly of Paris’: a fresh fruit and veg market that fed pretty much all of the city centre. Now the site just holds a faceless shopping mall. This photo from 1968 captures the market three years before it was torn down, rebuilt and replaced with clothes stores. 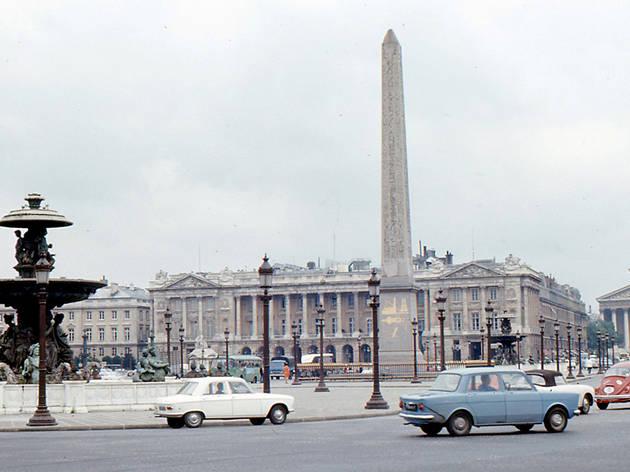 Paris’s largest square, the Place de la Concorde is dominated by the Luxor Obelisk, a gift from the Ottoman ruler of Egypt in the early 19th century. In this shot from 1968, you can see the US embassy behind the fountain and a slither of the neoclassical Madeleine church down the end of the road on the right. 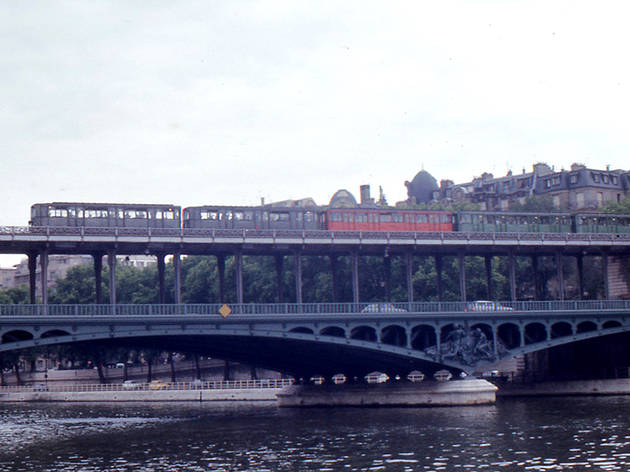 Just beyond the Eiffel Tower in south-west Paris, the Bir-Hakeim bridge carries a line 6 Métro train from the Left to the Right Bank. The colour coding of carriages represents different classes, which weren’t abolished on the Paris subway network until 1991. This 1973 photo was taken from a Seine river cruise. 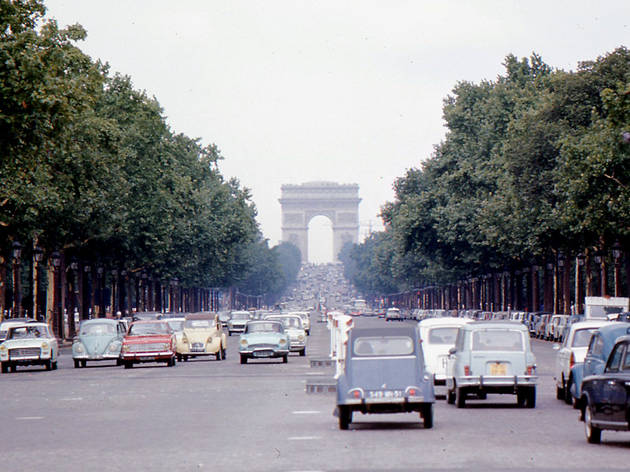 Much like it is now, Paris’s grandest boulevard was pretty chocka in 1968. Looking west towards the Arc de Triomphe, this photo captures a city in which almost every Peugeot or Volkswagen looks ripe to be hi-jacked by Jean-Paul Belmondo in ‘Breathless’. 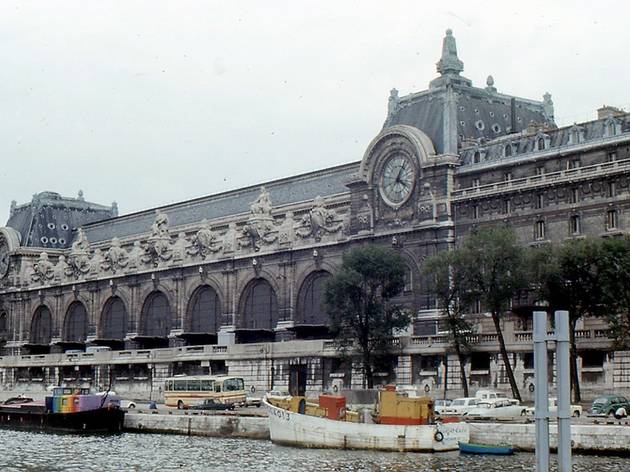 Before it became home to the world’s finest collection of nineteenth-century French art, the Gare d’Orsay was a rather elaborate inner-city train station. Much of the outer structure of the building remains, but these days you’ll find Courbets and Renoirs on the walls – not timetables. This photo from 1973 shows the station 13 years before it reopened as the Musée d’Orsay. 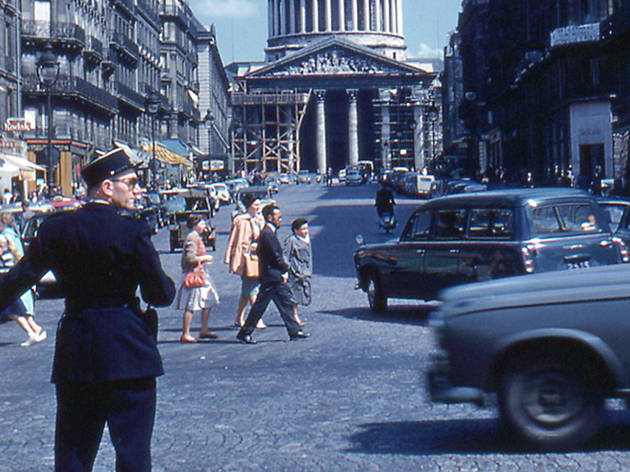 In 1960, a policeman directs traffic on the road leading to the Panthéon – the mausoleum where towering figures of French culture and public life, from Voltaire to Simone Veil, have been buried. Eight years later the world would look on as the soixante-huitards rioted throughout this studenty Left Bank area. 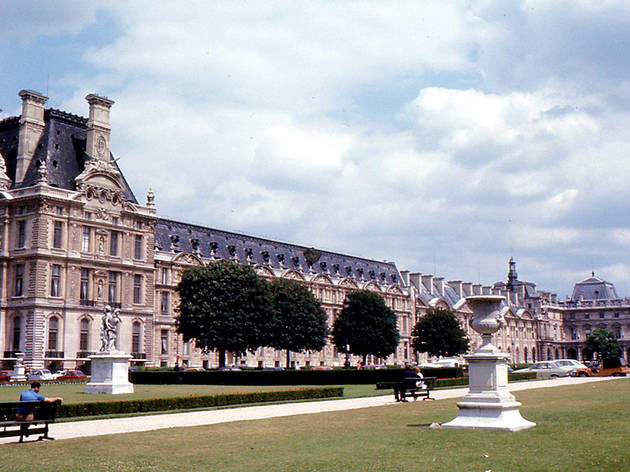 Spot the difference? There have been very few additions to the Seine waterfront over the past 50 years – but IM Pei’s glass-and-metal pyramid at the Louvre is one. It would be another 16 years after this 1973 photo was taken before Pei’s controversial structure was raised at the east end of the Tuileries gardens. 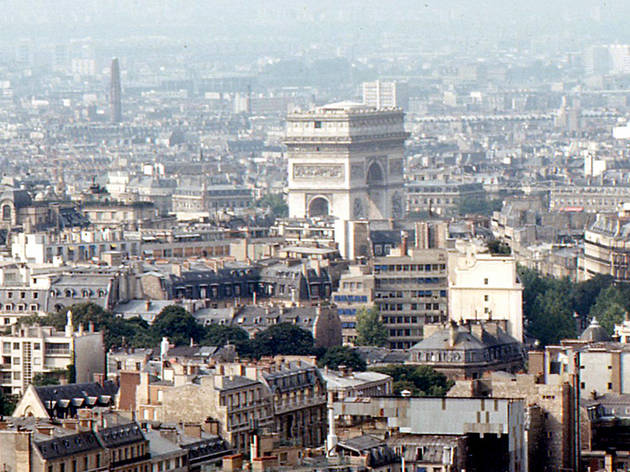 A pall of smog hangs over the cityscape in this view of the Arc de Triomphe from the top of the Eiffel Tower. Scale the Iron Lady today and almost all of the same distinctive Haussmanian limestone remains directly below you. But look beyond the ringroad and you’ll see many more skyscrapers have cropped up in Paris’s inner suburbs. We hope they keep their distance.

See a different side of the French capital 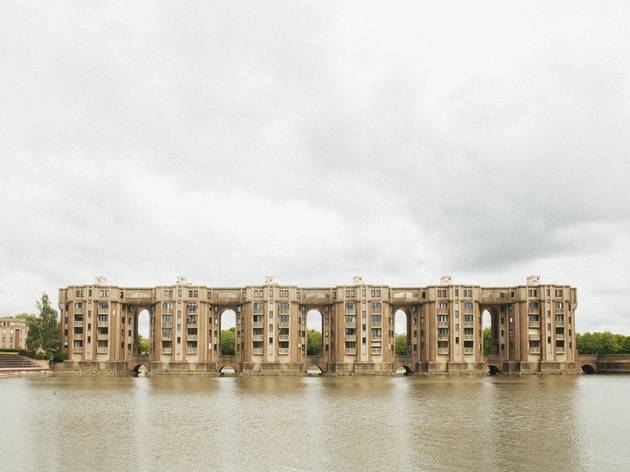 The suburbs of Grand Paris brim with madcap concrete structures worthy of any coffee-table architecture book, so we sent out our photographer to take some snaps – here are five of the coolest buildings he found.