Bars and pubs, Cocktail bars Réaumur
Recommended
5 out of 5 stars 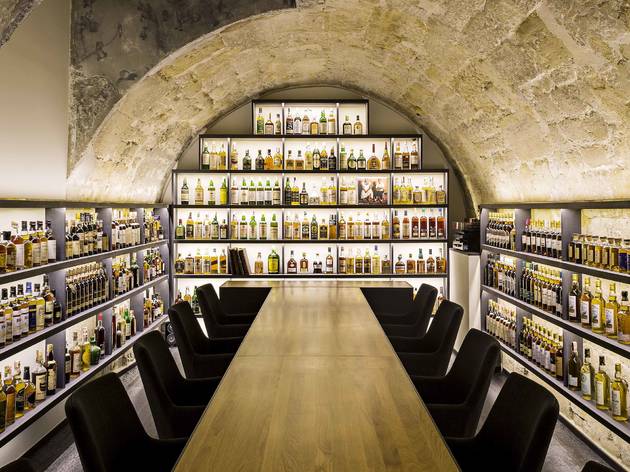 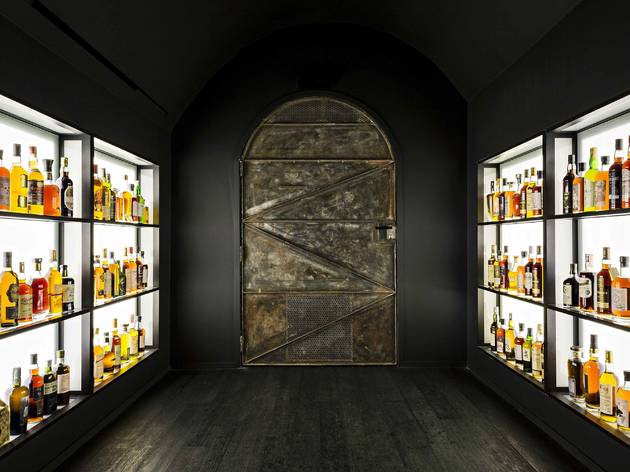 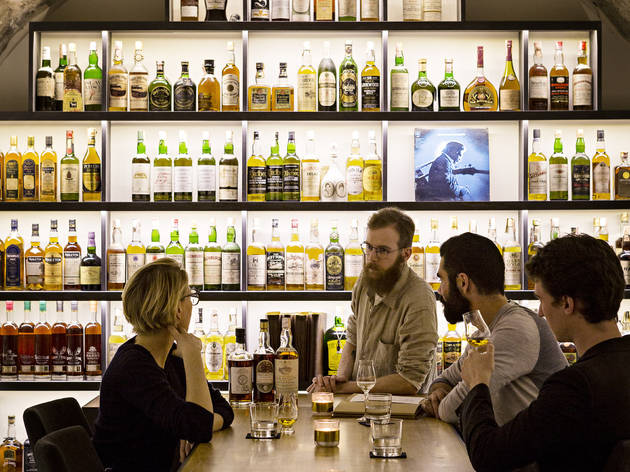 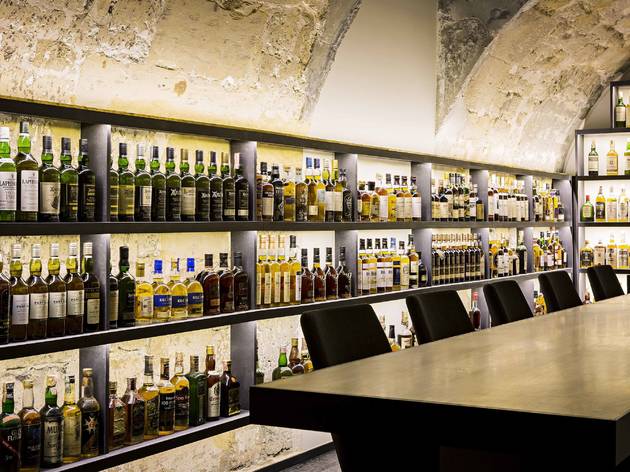 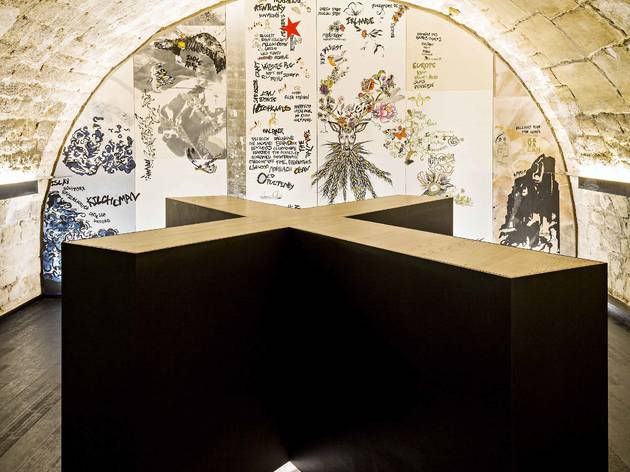 Paris gets its first whisky bar - a cavern of over 1,000 rare bottles.

The name refers to an iconic type of barley that was used to manufacture some of the greatest single malt whiskeys in the 1960s. Despite being slightly more fallible than other specimens, it gave these bottles a distinct aroma that made them famous. Before you even step in, there's an expectation in terms of quality.

Golden Promise prides itself on being a tasting centre for everything around the drink – the bar has a full menu with over 200 whiskies. The cocktail menu is divided between a short (changing) cocktail list and an interpretation of 5 whiskies (Japanese, Irish, American, Scottish and Taiwanese) taken in one of the following ways: neat, whisky + chaser, and highball. The latter (€11-15) have fallen out of fashion in recent times, but while drinking the Super Nikka "Revivale" blended with Bergamotto Quaglia liqueur, tonic water and thyme which is both refreshing and complex, we think a revival is a-coming.

Cocktails are competitively priced at €12-13, and surprisingly good given that the bar’s focus is more the range of whiskies than cocktails. Golden Eagle (10-year-aged Eagle Rare bourbon, freshly pressed pear, lemon juice, sugar, sage, and a herbal liqueur) is one of the best we’ve tried in a while. Japanese tapas from €7-9 (edamame, sweetcorn and parmesan tempura, chicken bites) from La Maison du Saké are nice accompaniments for the drinks.

OK so the bar is great, but this is just child’s play. If you really know your stuff then you’re going to want to head to the collectors’ rooms. To the left of the bar there's a door. Ring the bell. And enter a whisky playground.

Dubbed 'The Lounge', here you’ll find over 800 whiskies to taste by the glass or bottle (depending on how flash you’re feeling). There’s a huge amount of Scottish, of course, but also American, Irish, Indian and Taiwanese. As for Japanese whiskies, there’s an entire room dedicated to them. With over 67 bottling from the Karuizawa distillery that was closed in 2000, it’s safe to say there’s a bit of history going on here.

For a glass, prices range from €10 to €290, depending on the exclusivity. You can also purchase bottles which start in the hundreds and go into the thousands very quickly. Whilst shopping at The Lounge might not be financially viable for everyone, there’s nothing to stop you going to have a look around and enjoy a more modestly priced drink. Looking after The Lounge is François Piriou - trained sommelier, drink encyclopedia and whisky psychic. Describe your wishes to this man and he’ll find something to please your palette.

On face value, Golden Promise seems to appeal to the playboys that can afford to buy bottles worth a Renault Clio but in reality, the knowledge and love behind this project calls to simple amateurs of the drink. Sure, quality comes at a price, but the discoveries to be made are almost infinite.