Bars and pubs, Cocktail bars Odéon
3 out of 5 stars 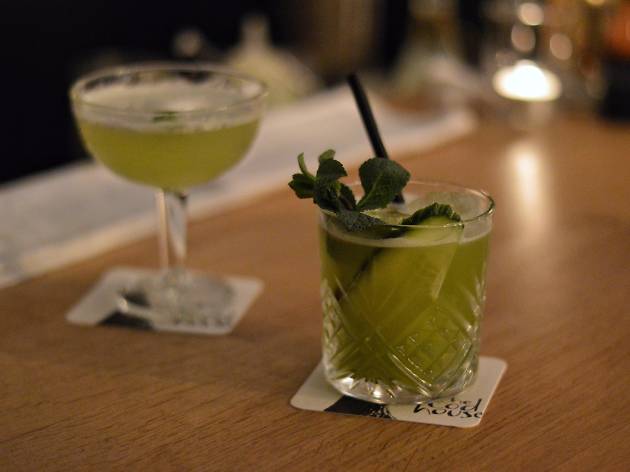 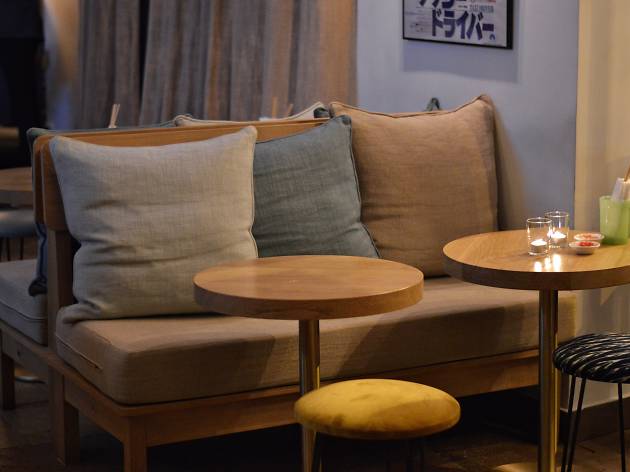 If there’s one new Paris restaurant that’s been making a splash on Instagram lately, it’s The Cod House. Why? The deco, in particular the eponymous neon sign that welcomes you into the building. It’s another name from Groupe Black Code, who have fostered equally shiny and successful names including Orient Extrême, Kinugawa and Yoko. On first impressions, the design is as wonderful as social media has made it out to be, and the crowd as chic as you’d expect from the 6th arrondissement.

A concept based on Japanese izakayas, small bars where people meet around a drink and a snack, The Cod House is Japanese tapas meets Parisian cocktail bar.

The building has had many lives including stints as a club and a cinema. To the left, a bar area which seemed reserved for cocktail making more than drinking, with a sofa area and small tables around it. To the right, a long dining area with a first floor mezzanine (not opened that night). Tables are tightly packed together but no one seems to mind.

The menu is broken down into cold and hot dishes, rolls, boa buns, tempura, toban, sashimi, side dishes and desserts. The spectrum of Japanese food is certainly impressive, with raw fish and fried morsels both well represented. Classics get luxury upgrades, like the California roll with namesake Black Cod and miso (15€), and taramasalata with truffles (€7). A delicious Yellow Tail comes either seared with a ginger confit (14€) or as a carpaccio speckled with chili and yuzu sauce (10€). Tempura is artfully cooked, its wafer-thin shell encasing exceptional meaty prawns (€16). Crunchy chicken (9€) had a generous orange coating and a great tang in the accompanying miso mustard.

All that multitasking works up a thirst. Thankfully, the cocktails (12-13€) measure up. In restaurants or bars which strive to nail both cocktails and food, there’s usually one side lacking. The Cod House defied the rule with a small but explosive menu made from scratch.

Anglophones will appreciate the nod to British favourite Pimm’s, in Kimm’s cocktail with home made Earl Grey soda replacing lemonade. Asia extends to the MaryAnn with yuzu liqueur, pear syrup and fresh mint; and the Peruvian Saké with pisco infused with chamomile, saké and Saint-Germain.

A suggested two to three plates per person might not completely satisfy the really hungry but it will be enough for your wallet. Account for around 35-40€ per person for a few plates and two drinks. Like all the trendiest places, The Cod House doesn’t accept reservations so come early to avoid disappointment or later for the second service at 9.30pm. Service was kind but chaotic, with orders forgotten or misplaced - hopefully these are just teething problems.

It's a great addition to Odéon, albeit a typically expensive one, but worth the visit for lovers of saké, sashimi, and a good cocktail.