Remember the name: Chiwetel Ejiofor. Give it three months, and it’s no stretch to imagine this 36-year-old British actor holding not just a Bafta in his hands, but also an Oscar for Best Actor, making him the first black British actor ever to win an Academy Award. All for playing the lead role in extraordinary new film ‘12 Years a Slave’, the true story of a free man kidnapped and sold into slavery in nineteenth-century Louisiana. As the desperate but buttoned-down Solomon Northup, Ejiofor gives the performance of a lifetime – intense, brutal and impossible to wipe from your memory.

While we’re playing with our crystal balls, let’s also imagine another exciting scenario: Steve McQueen, the 44-year-old black British director of ‘12 Years a Slave’, could very well win the Best Director award at the Oscars. It would be a double triumph for Britain – and a significant milestone for black British talent in an industry that’s stubbornly run by white men.

When I meet Ejiofor in Soho to talk about the film, it’s obvious that his performance in ‘12 Years a Slave’ is much more than just another role for him. Not only does it speak to difficult historical realities about the relationship between white and black, but it also delves deep into his family’s heritage. As he puts it, ‘There’s the personal, emotional journey of being a black man and talking about this story, talking about slavery. Also, there’s being a Nigerian: my heritage being Nigerian, and having that knowledge right from when I was first conscious.’

He’s a lucid, eloquent interviewee, careful and passionate when talking about subjects close to his heart. Educated at the south London public school Dulwich College, he’s well-spoken and confident, affable and classy, if slightly business-like. Perhaps there’s a tiny hint of exasperation, too, at being questioned about race and colour.

Yet those questions are inevitable, necessary even, on the back of ‘12 Years a Slave’, and he knows it. By a neat coincidence, Idris Elba, another black Londoner from an African family (and someone Ejiofor has known for two decades), is also currently attracting attention for his role as Nelson Mandela in ‘Mandela: Long Walk to Freedom’. It has been widely suggested that two black British actors could end up competing at the Oscars. Does he feel such observations are relevant?

‘You can always play the equivalent game,’ he says, ‘and ask: “Well, if we were two white actors who were nominated for Golden Globes and we’d known each other for 20 years, would it be relevant, if we were both white?” I think the point is not to be too sensitive about that. If Ewan McGregor and James McAvoy were nominated, would you note they were two Scottish guys? We can all be too invested in all of that.’

Ejiofor may be the best actor you’ve never heard of, but he’s no newcomer. A south Londoner from a Nigerian family (his father died in a car crash when he was 11; the crash left Ejiofor with a scar on his forehead), he had his big break in 1997, aged 19, when Steven Spielberg cast him in ‘Amistad’. He’s since embraced almost every big-screen genre, from action (‘Children of Men’) and comedy (‘Kinky Boots’, for which he dragged up) to drama (‘Dirty Pretty Things’) and sci-fi (‘Serenity’). He has also won huge praise for his theatre work, including winning an Olivier Award in 2007 for playing Othello in the West End. He even landed an OBE in 2008.

Yet it was only last month that the magazine Variety, America’s film industry bible, could finally declare he was no longer ‘Hollywood’s best-kept secret’. Which means soon more people might be able to pronounce his name. ‘I’ve noticed people are growing in confidence about how to say it,’ he recently told an American journalist. (For the record, it’s CHOO-it-tell EDGE-ee-oh-for.) Just as his career straddles Hollywood and the West End stage, so does his personal life: he lives between London and Los Angeles, where his girlfriend, the model Sari Mercer, is based.

We talk more about what makes ‘12 Years a Slave’ so affecting. There’s the shocking story, of course: a prosperous man is kidnapped, separated from his family and put to work in brutal conditions. ‘I’d never seen a film from inside the slave experience,’ says Ejiofor. Then there’s the fact that it’s true: once freed, Northup wrote the book on which the film is based. ‘When you read his book, you relate to him and you can slip down the rabbit hole with him.’ Finally there’s the fact that we simply haven’t ever seen a story like this before. Previous films dealing with slavery, like ‘Lincoln’ or indeed ‘Amistad’, have taken gentler perspectives. ‘The inherited tradition is that we don’t tell stories about slavery from the perspective of the slave,’ says Ejiofor. ‘It’s told through the president or the lawyer.’

When I first saw ‘12 Years a Slave’ at its London premiere last October, people were crying, and once the credits rolled there was the longest standing ovation I’ve ever seen. What’s doubly powerful about the film, beyond its harrowing story, is that it’s a period piece that slaps the modern world round the face. Ejiofor agrees: ‘Watching this film might make you realise that your perspective of white and black relationships is a little bit skewed. It wouldn’t necessarily be your fault. The skew is the way that it’s taught.’

Seeing the film again last month at a public screening in New York, the reactions were more vocal, the atmosphere more charged. You could feel an electricity between the screen and the crowd. At one point, Ejiofor’s African-American slave has enough of the taunting and aggression and wrestles to the ground a white bully played by Paul Dano. ‘Kill him!’ shouted someone from the back of the cinema. Others broke into applause.

Ejiofor is open-mouthed, half-laughing, when I tell him the story. ‘“Kill him”? Jeez!’ But he’s been hearing about scenes like this ever since he and his co-stars Michael Fassbender and Benedict Cumberbatch, who both play slavemasters, unveiled the film in Toronto last September. Has he found that reactions to the film have differed between Britain and the US?

‘In America, in terms of the white population, there’s more sense of one’s own implication. In England, people tend to think they’re not implicated.’ He laughs at this absurdity. ‘In England, there’s no acknowledgement the invention of slavery came from Britain.’

But Ejiofor is wary of talking about ‘12 Years a Slave’ solely in terms of race. ‘Race is an invention anyway,’ he says, ‘an invention created for finance. The film speaks to race, but it’s not the only thing it talks about.’ He does believe, though, that McQueen’s film can help correct some dangerous historical misunderstandings.

‘I think a perspective has existed right from this period that black people are interlopers and have had no part in the creation or infrastructure of the Western world,’ he says. ‘They are seen as late arrivals grabbing a cookie. Unwelcome guests. If you see a film like this, you understand that that is so completely not the history of how the industrialised Western world was created.’

Does he feel comfortable with being a spokesperson? In the end, he’s only an actor. Is he happy being drawn into debates about race, history and politics? ‘Sure, it’s a film that speaks to all of that, and I think it’s a very interesting thing to be engaged with,’ he says. ‘I don’t think it’s something I want to be engaged with all the time!’ He laughs. ‘But if you’re going to make a film called “12 Years a Slave”, you’re going to have to have that conversation at some point…’

Watch the ‘12 Years a Slave’ trailer 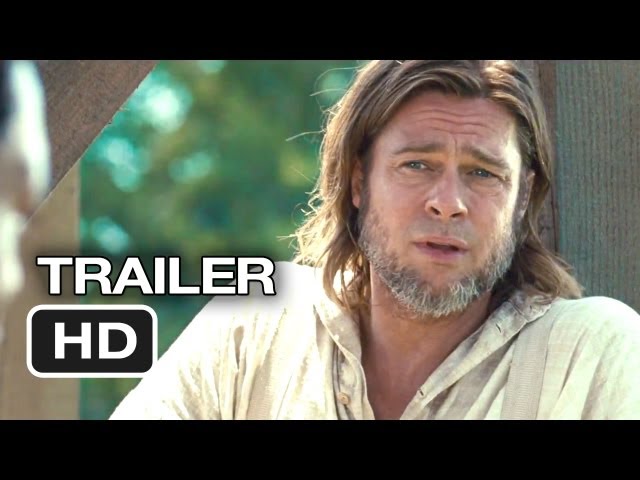 Read our ‘12 Years a Slave’ review 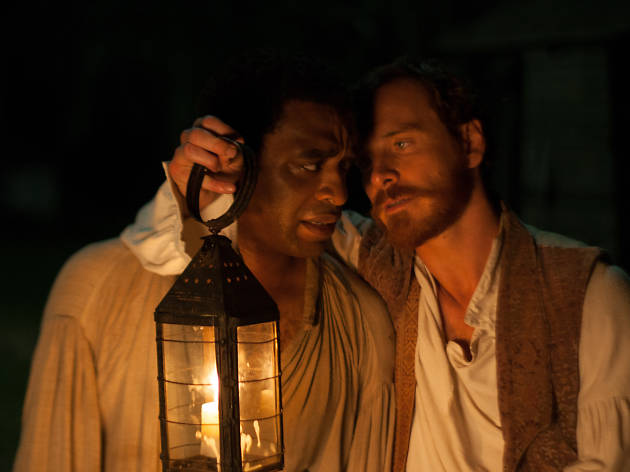 With the release of ‘Django Unchained’ and now this more restrained slavery-era biopic, much has been made of America’s post-Obama willingness to ‘face up to its own past’. But, like Quentin Tarantino before him, British artist turned director Steve McQueen knows that this idea offers only false comfort: ‘12 Years a Slave’ has absolutely no interest in reconciliation, in forgiveness, in making slavery history...