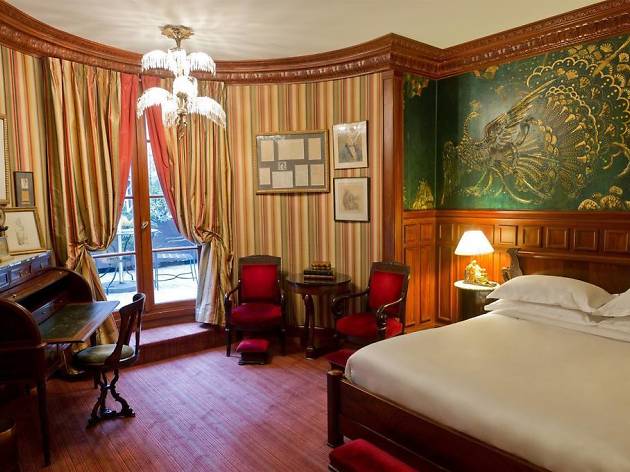 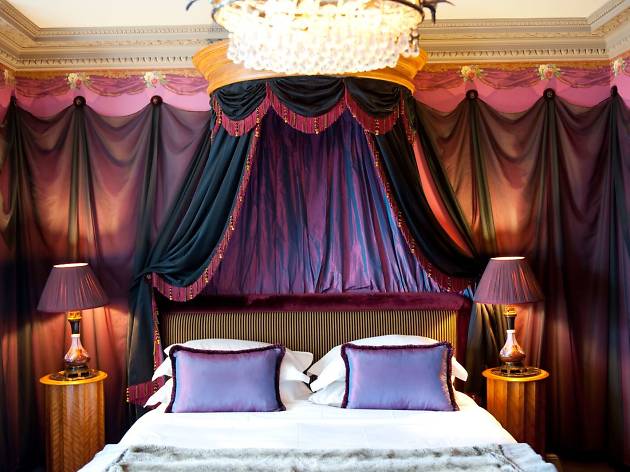 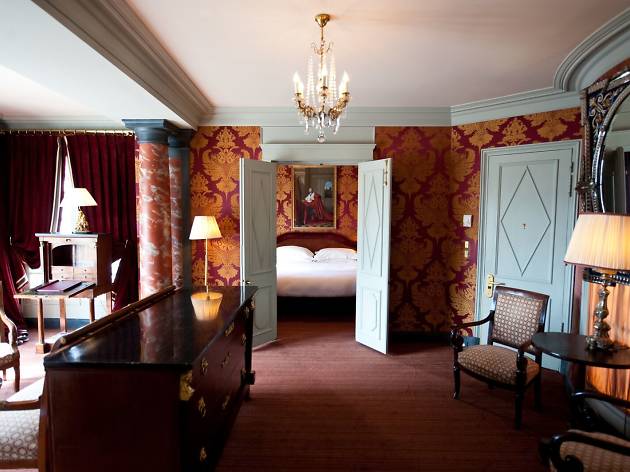 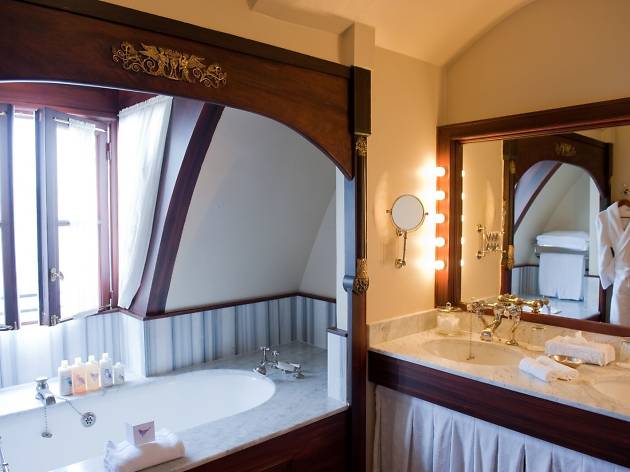 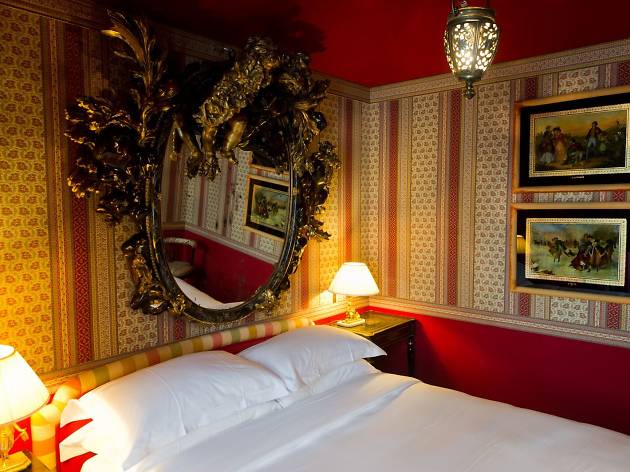 A hotel steeped in history a stone’s throw from the Seine.

Services: a pool and hammam

This hotel has more than earned its title. Having been l'hôtel d'Allemagne and then l'hôtel d'Alsace, it became l’Hôtel in the sixties – pure and simple.

A magnificent building that was built at the same time as Rue des Beaux-Arts, it was in the exact spot where Queen Margot once lived. Completely renovated and redecorated by Jacques Garcia in 1967, the hotel has a lot to be proud of – not least its history and its famous guests.

It was here, on 13 rue des Beaux-Arts that Salvador Dali and Jean Cocteau once frolicked, where Serge Gainsbourg composed “Melody Nelson” and played "Je t'aime moi non plus" for the first time and where Jim Morrison bought the drugs that killed him. But what l’Hotel is really famous for is Oscar Wilde, who lived here for two years before he died. In a mythical 35m2 room, complete with green peacock wallpaper (his favourite animal) and packed with trinkets. Nestled on the first floor, the Oscar Wilde suite opens onto a private terrace where guests can enjoy their breakfast in peace and quiet. Several floors up, rooms fall into the ‘chic’ category, such as the chambre that once belonged to saucy French singer Mistinguett, which still retains its art deco mirror bed.

With twenty rooms, four on each floor, a restaurant (which has kept its Michelin star since 2006) and cosy bar, l'Hôtel is thought to be one of the smallest five star stays in Paris. Nestled under the arches, the small pool can be rented out privately to guests by the hour and the the bar is the perfect place to surrender the second part of the evening - preferably sunken in one of their padded olive-green chairs. It’s very Left Bank, far from the palatial palaces in the same area. Instead its focus is on intimacy, discretion and calm: old-fashioned glamour at its best.