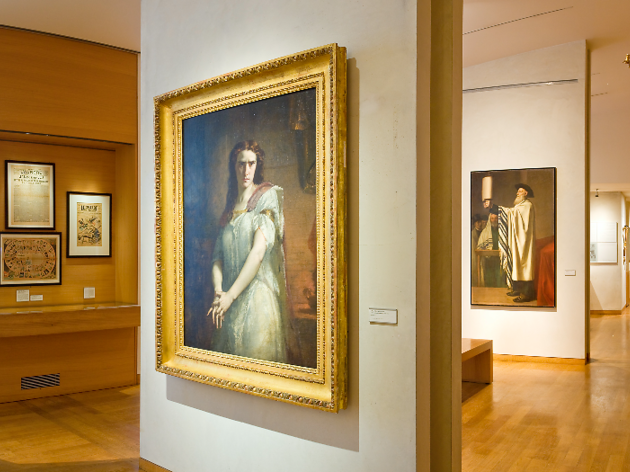 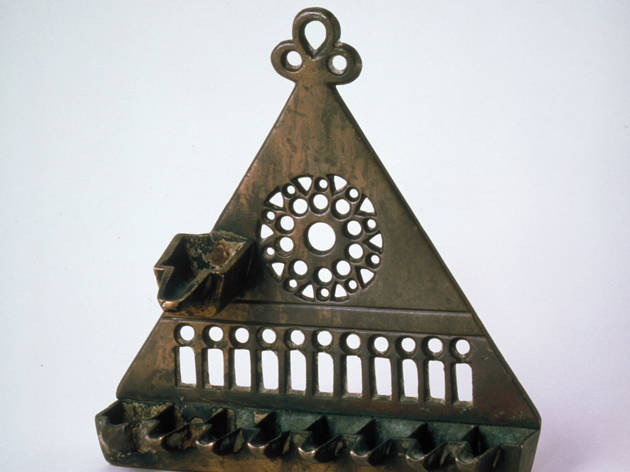 In association with the Musée d’art et d’histoire du Judaïsme.

This summer, the Musée d’art et d’histoire du Judaïsme – Paris’s Museum of Jewish Art and History in the Marais, for centuries the epicentre of local Jewish life – will offer guided tours in English every Monday at 3pm, from May 2-July 25 2016. Currently based at number 71 on the Rue du Temple, in the grand surrounds of the former Saint-Aignan hôtel particulier, this much celebrated institution was set up in 1998 with the stated aim of promoting the diversity of Jewish cultures and history in France.

Once inside, visitors can explore the wide-ranging permanent collections, which sketch a brief chronological history of Jewish communities across the world, all while shining a light on their various customs, festivities and artistic traditions. And so, you might be particularly drawn in by the museum’s sundry medieval headstones, its stunning Hanukkah lamps, fascinating diversions into specific Ashkenazi and Sephardic traditions, the incredible selection of decorative and religious art, or the diverse artworks by painters from the School of Paris.

Elsewhere, more sombre sections on the Dreyfus Affair and the Holocaust, which comprise various documents, images and anti-Semitic newspaper sketches, powerfully evoke the horrific problems and discrimination Jewish people have unfortunately faced – and continue to face – throughout the world. It’s a very necessary part of an exhibition that does a good job of making such topics accessible to visitors of all ages, beliefs and backgrounds.

Far from dwelling fixedly on the past, however, the Musée d’art et d’histoire du Judaïsme is a lively, sociable spot that regularly organises talks, workshops, conferences and artistic activities that aim to help visitors understand the past, and in so doing, they hope, help create a more positive future. From this deeply humanist, educational perspective, the museum’s archives are free for all to consult, while its bookshop offers more than 5,000 items relating to Judaism and Jewish cultures.

The museum’s rotating temporary exhibits are also well deserving of a look-in. Particularly at the moment, as German photographer Lore Krüger displays her stirring works from the ’30s and ’40s until July 17 2016, along with the late-19th-century tableaus of Edouard Moyse (until August 15) and Michel Nedjar’s haunting ‘Présences’ series (until October 23).

For the English-language tour, meet at the admission desk just before 3pm (the tour is 90 minutes long).

Tickets (including admission to the museum):