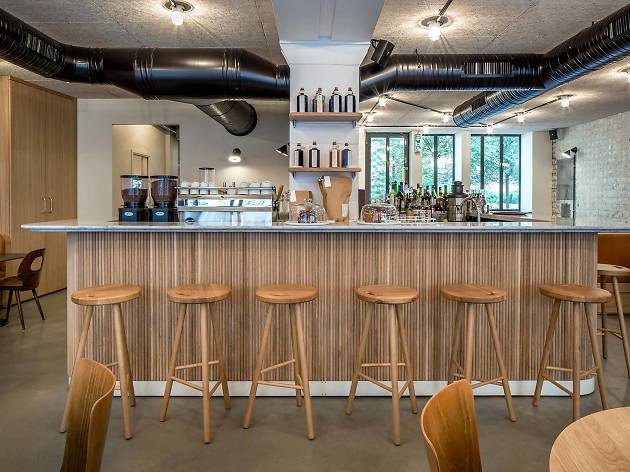 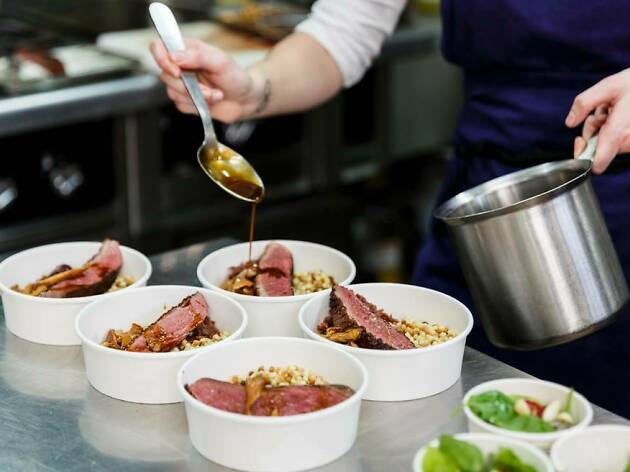 With its location in a former butcher's shop, its understated but chic concrete-and-downlights décor, its no reservations policy, hip good-looking staff and all-day menu, the third venue from Charles Compagnon (after Le Richer and L'Office) seems as much the result of a hospitality trends conference as the coup de coeur of a Parisian restaurateur. But none the worse for that, as long as you time it carefully. On a freezing Tuesday in January every table was taken by 8pm, but service is non-stop from 8am until midnight so you can avoid the peak times. We enjoyed the big, airy space and the concise menu (and far less concise wine list, with a very well-priced range), the relaxed but efficient service and the general youthful, fashionable buzz. There are lots of good things and plenty of imagination on the plate, though someone in the kitchen has got a bit too much of a thing for chopping everything up into cubes and arranging it in lines, a visual and culinary trick that became almost comical the third time round.

Architectural presentation aside, we ate very well. A hefty scoop of tangy scallop, oyster and apple tartare came hidden inside a hollow crispbread, floating in a lagoon of warm creamed mushrooms. We've never seen a tartare like it, but had no complaints and licked the bowl clean. Another starter was made up of marinated swordfish with black olives, pears, radishes, almonds and a spicy crispbread – an ambitious collection of things that just about worked when all taken together but that was a bit of an obstacle course to eat. Still, we weren't bored. Mains played safer with the flavours, within the cubed confines of the presentation – on one hand, rich pink squares of roasted duck with a vibrant beetroot purée and a tangle of slow-roasted endives. On the other, a deconstructed coq au vin with a square (natch) of long-cooked meat flanked by separately cooked potatoes, mushrooms, bacon and garlic (in a heady herb purée). Again, it was far from expected, but far from a bad idea.

Then there was a generous cheese platter, then squares (yep) of Genoa sponge with sweet prunes marinated in tea, dotted with orange blossom ice cream and spiked with almond tuile. Like most of the dishes here, it reads long and complicated, takes some thinking about, but eventually wins out with its colour, bright flavours and generous enthusiasm. Would we come back? Yes, and happily.