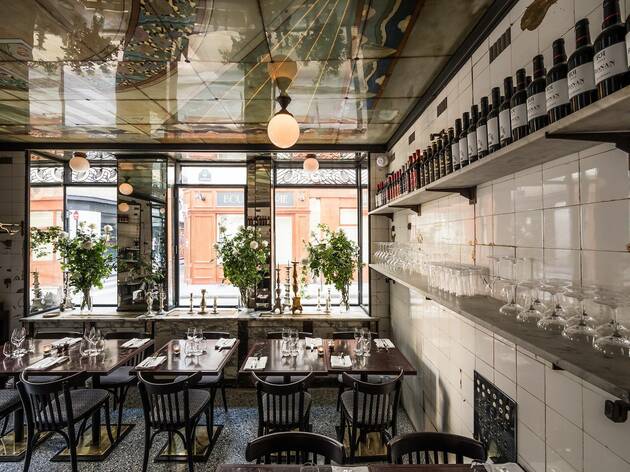 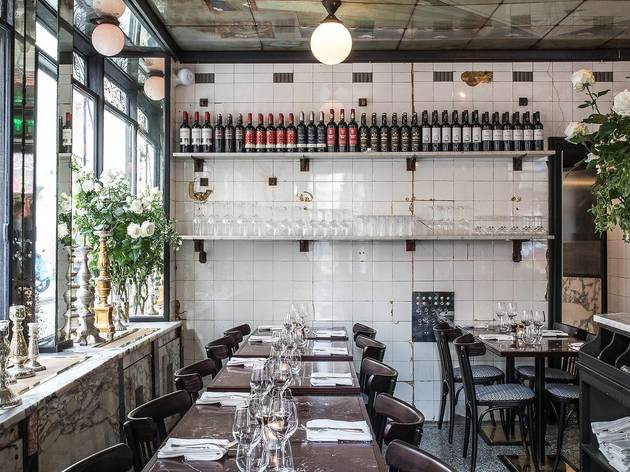 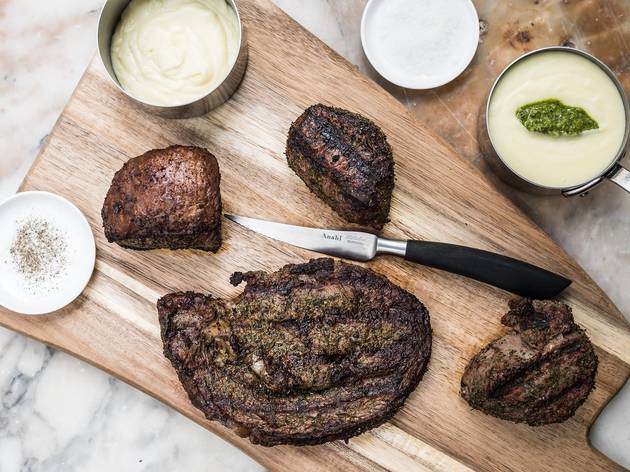 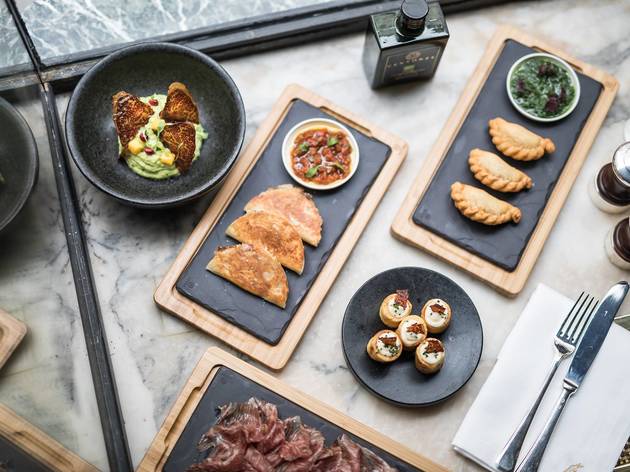 Like any starlet, Anahi has a dramatic past. After a longstanding history as the go-to restaurant of the fashion set (Kate Moss et al), Anahi came to be part of the flop La Jeune Rue: a concept street started by Cédric Naudon - a millionaire bought out a fork of streets around République. The idea went up in smoke and Anahi was left to sit in the ashes.

Today, it rises like a proverbial phoenix under the guide of Anahi fan turned owner Riccardo Giraudi. Call in happy coincidence or fate, Riccardo is a specialist in South American meats - establishing a glowing reputation for himself across Europe with BeefBar in Monaco.

On paper, the future looks promising. There's also longtime manager, Carmen, with him to infuse the spirit of Anahi’s past.

Here, the past is in harmony with the new like the cracked tiles from when Anahi was a butchers are left, filled with gold leaf. There’s a den-like cocktail bar that’s been added, with marbles tables and plaited leather walls - like a very, chic, rich South American ranch.

The starters include a creamy guacamole and handbaked chips, but if you order one thing it has to be the Kobe Beef Cecine. Looks like salami, tastes so good you'll never want to eat saucisson again - this prized beef is oak-smoked, salted and matured for 7 to 15 months. So precise and long is the maturing process that there’s only 100 of these babies produced every year. It’s no bargain at €49 but if you’re splashing out, worth every penny.

Onto main courses. There’s one fish dish and the rest is meat. But that's why you’re here. Most of the cuts are grass-fed cattle, we tried a Black Angus from the United States (€59 for 300g) and an Australian flank (€39 for 300g).

The meat arrives alone, naked but for a spice rub coat. A confident declaration from the chef. The smouldering hunk whispers, "Come to me." Raw seduction. It's a flavourbomb, the marbling infusing perfectly with the dry rub. Your tastebuds are actually a little disorientated with the contrast of this powerful flavour and delicate texture. Paired with the creamy goodness of potato purée served in little saucepans, it's pure magic.

Who’s behind this sorcery? Italian chef Gabriele Faiella, ex-Gordon Ramsey, is in charge of grilling the meat cuts over hot coals with his secret (it’s always a secret) spice blend.

The only problem with Anahi is that once you've eaten there, any other meat restaurant will seem very, very sub par... Go once, and you’ll go nowhere else.