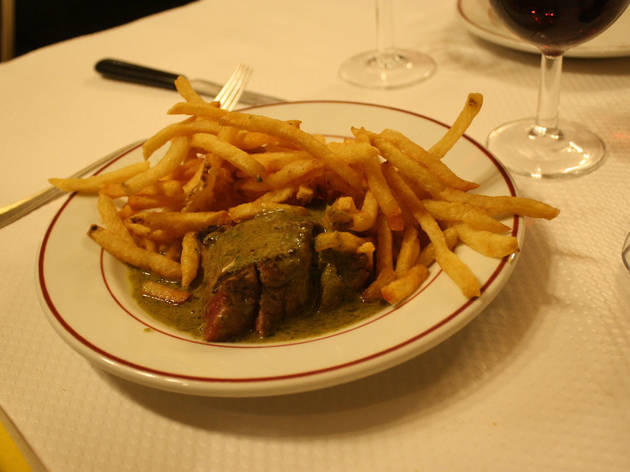 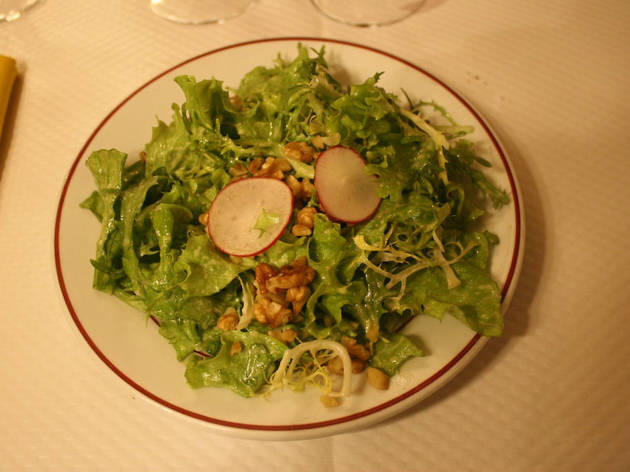 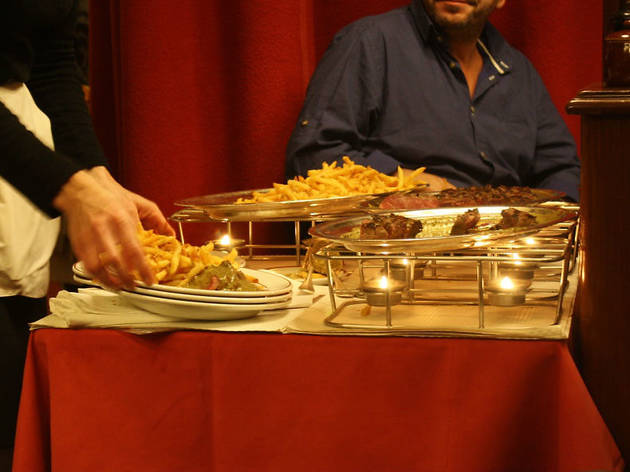 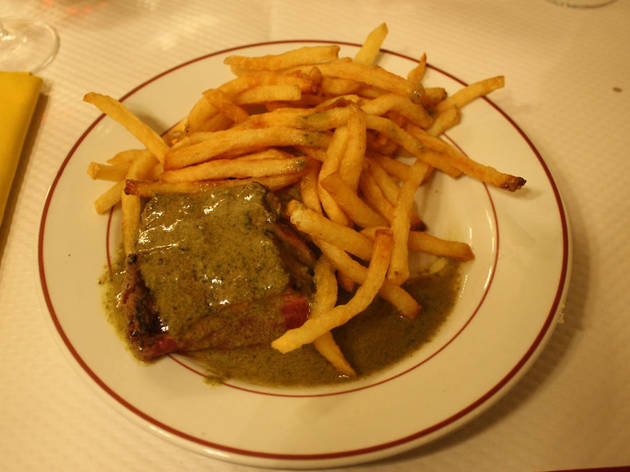 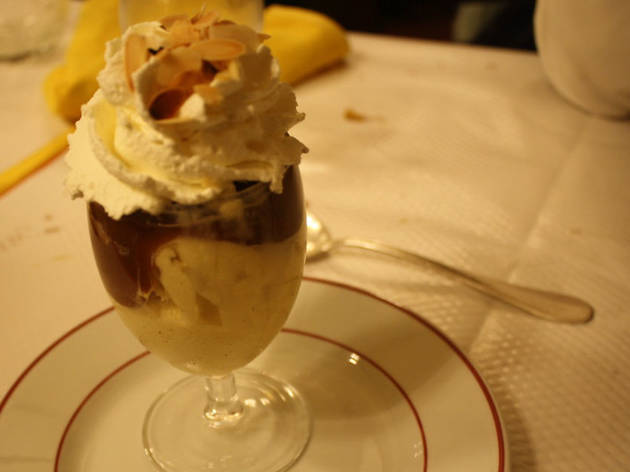 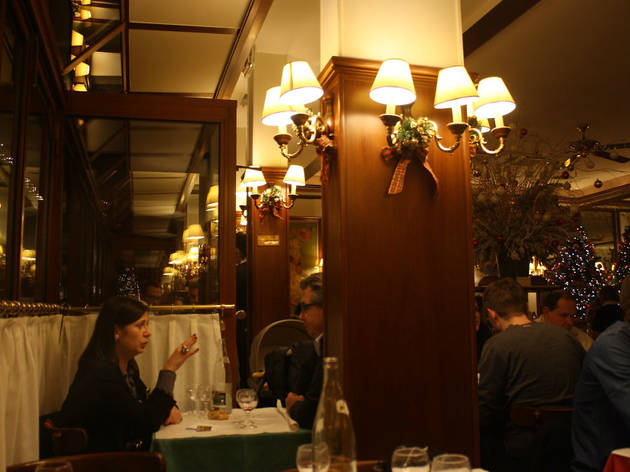 A classic Parisian institution famed for its steak-frites and secret sauce.

We’re not exaggerating when we say that having a bad meal in Paris is a crime. And it’s even worse if you have to queue for a bad meal. But thankfully the notorious Le Relais de l’Entrecôte doesn’t fall into the ‘bad meal’ camp. Not at all. To beat the queue however, be there fifteen minutes before opening or for the second evening sitting, around half past nine.

Once you’re in and have stopped feeling smug about getting in, tell the brusque waitresses (dressed in quasi French maid’s outfits) how you want your steak cooked – there is no menu. Within minutes, you are presented with a walnut salad with a classic, tangy dressing. Then the pièce de résistance: entrecôte, wheeled to your table on a silver trolley, which the waitress will proceed to cut, divide onto plates and spoon with the magical sauce (more on that later). Then super thin and perfectly crisped frites, also spooned straight onto your plate. But what draws the throngs to this three-address Parisian institution, is the universal second helping of steak. So a second ceremonial wheeling out, cutting and spooning with sauce once the first round is devoured. A carnivore’s cloud nine basically.

Our verdict? The steak is melt-in-the-mouth (for those who ask for blue, expect it still mooing), the double-cooked frites are positively addictive and the dark greeny-brown sauce is unmatchable. To describe it would be to ruin the mystery, but no one (bar the chefs) knows what goes into it and no copycats have managed to replicate it. We heard on the grapevine that when Paul Gineste de Saur handed the franchise down to his daughters, one refused to give the other the recipe – so the Relais de l’Entrecôte chains outside of France don't quite match up. Whether that’s tripe or not, factor this place into your classic Parisian weekend.

And come hungry because the classic Gallic desserts are unmissable; think profiteroles, giant crème brulée and Mont Blanc (a dreamy combination of chestnut paste, meringues, crème Chantilly and ice cream). Forty euros a head for three courses and wine might make it the best value slap-up meal in the Golden Triangle. Relais – we salute you.