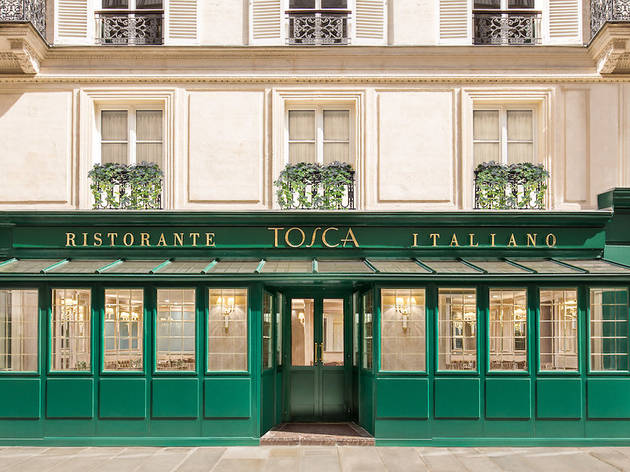 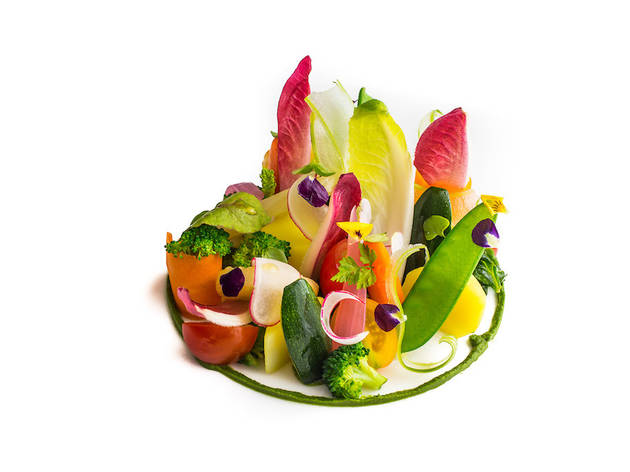 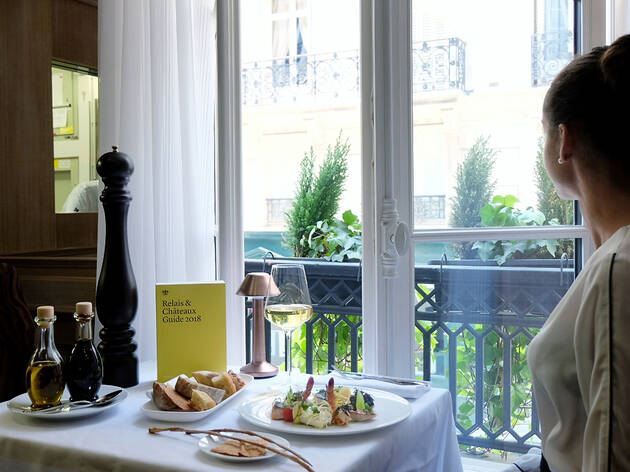 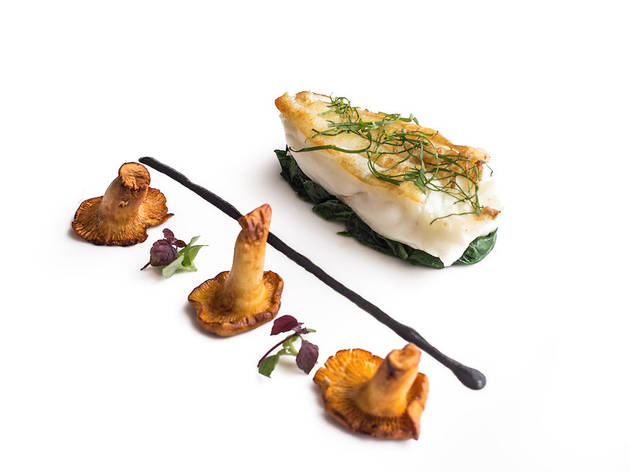 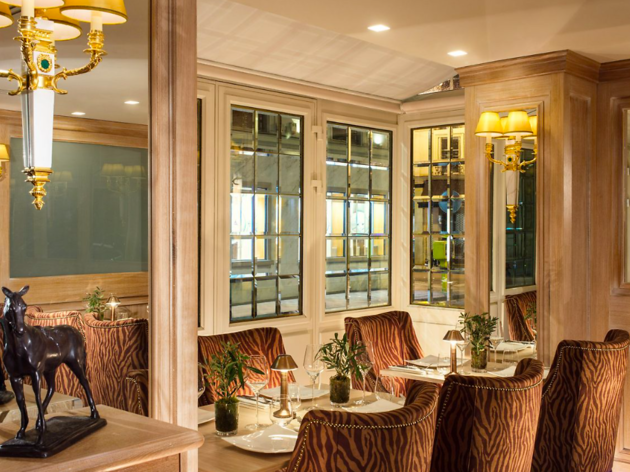 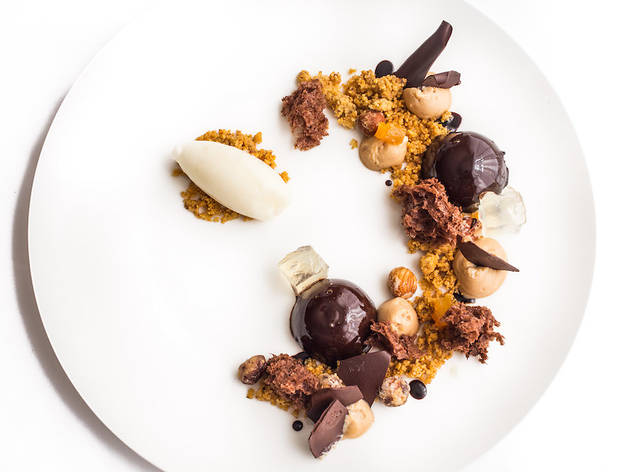 As elegant as an Italian opera.

Bottle-green and glistening square cut windows, Ristorante Tosca - a stone’s thrown from chez Macron at the Palais de l'Élysée and rue Saint-Honoré - fits in perfectly with the fancier side of the 8th arrondissement. Part of the bourgeois Hôtel Splendide Royal, a 5-star gem with just 12 spacious suites, the building dates back to 1897. Prestige and luxury are in its foundations. Bought 8 years ago by Neapolitan hotelier Roberto Naldi, who wanted to instill his proud Italian heritage into the hotel and restaurant. And Tosca is just that. The most refined Italian restaurant.

Dismiss any thoughts of nonna's home cooking, Tosca is Michelin-starred and it knows it.

The kitchen is lead by Michelino Gioia, who joins the team after stints in several one and two-starred restaurants. After working under Alain Ducasse and Gaten Trovato, he was awarded his own Michelin star in 2007.

His creations are musically composed, with flurries of colour on the plate and dramatic explosions in the mouth. Classic Italian flavours like ricotta, truffle, lemon are elegantly rethought. From the raw and cooked vegetable salad, planted like a living flower garden; to the veal ravioli with braised onions, cacao nibs and mushrooms; and the magret de canard, with an almond and cherry crumble with Campari and hazelnut sauce. It’s pure drama.

If you're choosing between the primi and secondi courses, pasta lovers should really opt for the freshly made pasta dishes.

Dessert holds one of the best surprises, mainly because the pastry chef is Giulia Mizzoni - all of 21-years-old, who Michelino worked with at Posta Vecchia. Featherlight cannoli and tiramisu with the perfect coffee / cream balance are amongst the creations made by this rising star.

As you'd expect, food this good has service to match. The discreet but charming team know what you need well before you do. The only sad part is that there were few guests at the time we visited. Hopefully word will spread fast, because food this good really deserves an audience.