If any city does shopping right it’s Paris, and the department stores know how to go all out at Christmas time. From highly stylised clothing displays to absorbing mechanised toy scenes (complete with viewing platforms for the smaller tots), the inventive and over-the-top window dressing is a joy. Walk around Haussmann’s masterpieces in the Opéra district for the most famous and extravagant department stores, or head to Saint-Germain for something a bit more refined and subtle. Either way, it’s a must on the holiday checklist, whether you go in to buy anything or not. 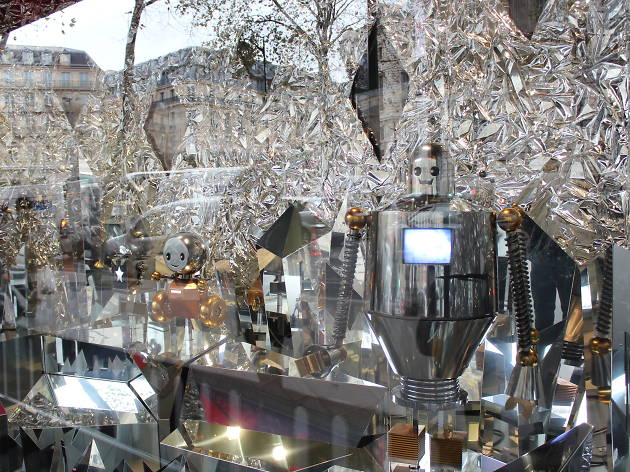 Beneath marvellous, specially installed glittery chandeliers, the Christmas displays at the world-famous Galeries Lafayette pursue an intergalactic theme this year, telling the story of ‘Léon’, a small robot who lives on the planet ‘Scopi’. Accompanied by his family, he sets out on an interstellar voyage towards a mysterious light in the distance. Inside, perhaps representative of this far-off sparkle, is a huge Christmas tree bedecked in silver and golden meteorites. Fun, flashy and futuristic, the window display ties in nicely with the release of the new Star Wars film, out December 16. So also keep an eye out for various stormtroopers and Darth Vader in other windows. 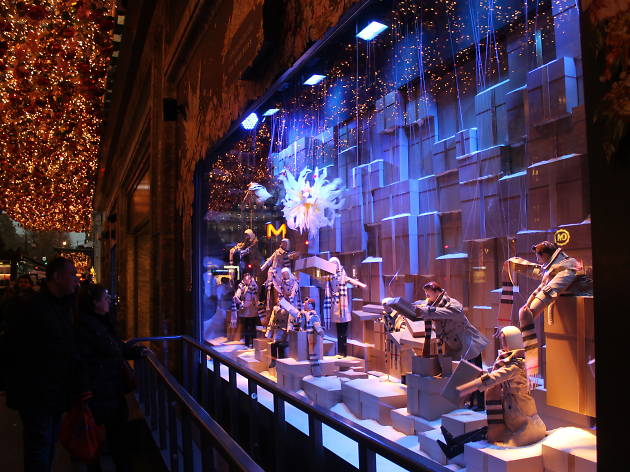 Celebrating 150 years of operations this year, Printemps – the other grand magasin on the Boulevard Haussmann – has invited designers including Lancôme, Burberry and Christian Louboutin to collaborate on a diverse range of Christmas window displays. Stars, flowers and pixie magic all feature in a set of eleven mini mechanical sketches themed around the character of the ‘Fée Printemps’ (the spring fairy), who ingeniously awakens all sorts of slumbering wild creatures and plants with her wand. You can even interact with this innovative window display by bringing along your smartphone: connect to delve deep into the dreamworld and inhabit characters including the spring fairy and the ‘Demoiselle Rose’ (Miss Rose). 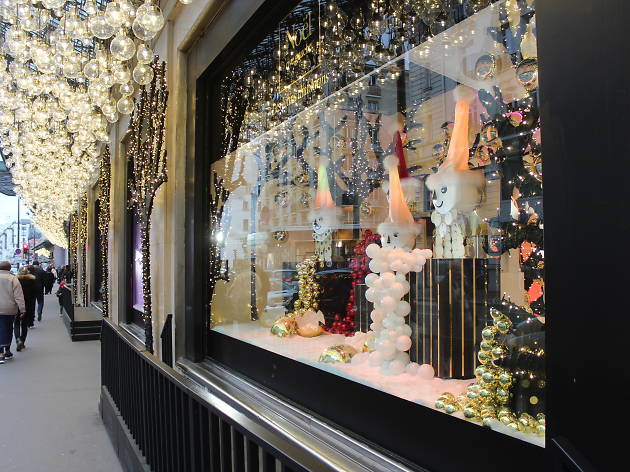 A playful winter wonderland awaits visitors to Paris’s oldest department store this year. In a series of amusing scenes starring whimsically designed, ball-shaped lutins (imps), the grand and colourful windows along the Rue de Sèvres tell of how these creatures are employed by Father Christmas to test toys and presents in the run up to the big day. They must carry out their mission unseen, slipping between the piles of potential gifts, hiding behind and in between the elegant, sparkly black trees that hang from the store’s high ceilings. If you need something to keep the kids amused while finishing off the shopping, musical animations and children’s workshops around this weird yet beguiling theme will take place on weekends in December. 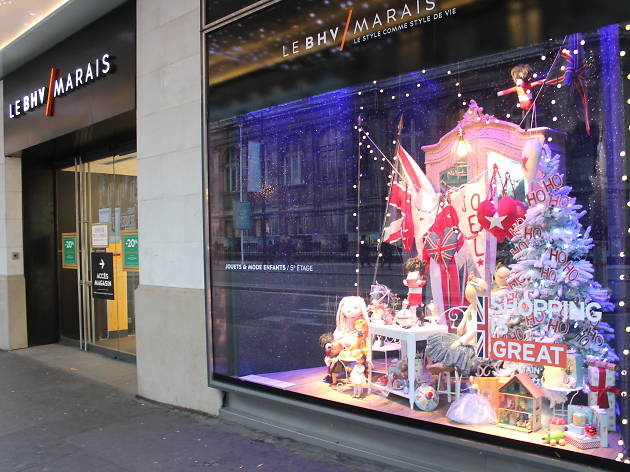 Shopping Is Great. So goes the motto at LE BHV MARAIS this Christmas. No, it’s not in French, and that’s because the special theme for this year’s festive displays, activities and ranges is a celebration of all things British. With bright red telephone boxes, beefeaters and tea parties in the window, Paris’s six-storey mega-shop near the Hôtel de Ville has also teamed up with the British Embassy in France to offer special choir performances, cookery classes, bulldog-themed photo booths and DIY knitting workshops inside. Impressively, they’ve managed to pack in pretty much every British cliché you can think of. For actual Christmas shopping, don’t miss the various British pop-up clothes stores scattered around the shop floor. 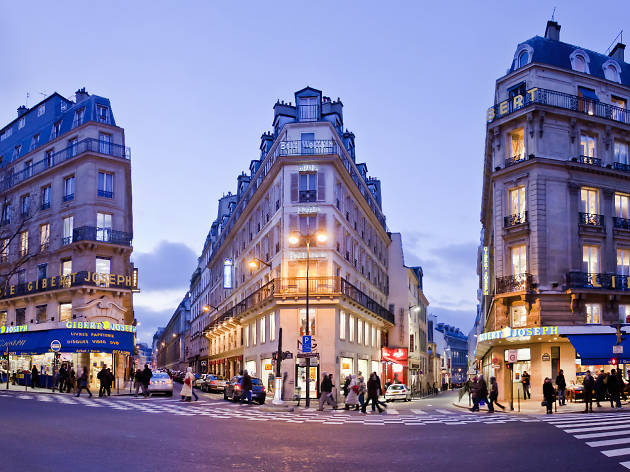 The crowds outside Paris’s four grands magasins can sometimes get a bit much – indeed, goggling at all those gaudy mechanical window displays and trying to work out their deep inner meaning may give some a little bit of a headache – so it may be worth taking a break somewhere else. We say have a wander around the extremely chic Left Bank shopping district of Saint-Germain-des-Prés, once a haunt of bohemian writers and artists, now mostly celebrities and well-heeled families. There, you’ll find a pleasant little Christmas market, and many window displays to ooh and aah over at boutiques from Ralph Lauren to Ladurée.