The 15 best bars in Toronto

It shouldn’t come as a great surprise that Canada’s most populous city is packed with entertainment. No matter your nightlife style of choice, you’ll find it here, and the best bars in Toronto are very much among the best in all of Canada. If anything, going out in Toronto for the first time can be a little overwhelming, so let Time Out guide you through the best of the best when it comes to going out out in the 6ix. Toronto’s best bars cover all weather. Sun shining? Hit the outdoor terraces and bask in glorious sunshine. Has winter come a little early? That’s par for the course in Canada, but Toronto’s basement bars will provide plenty of warmth. Whatever the weather, a night on the tiles is one of the best things to do in Toronto, and you can also book a spa day to deal with the inevitable hangover. 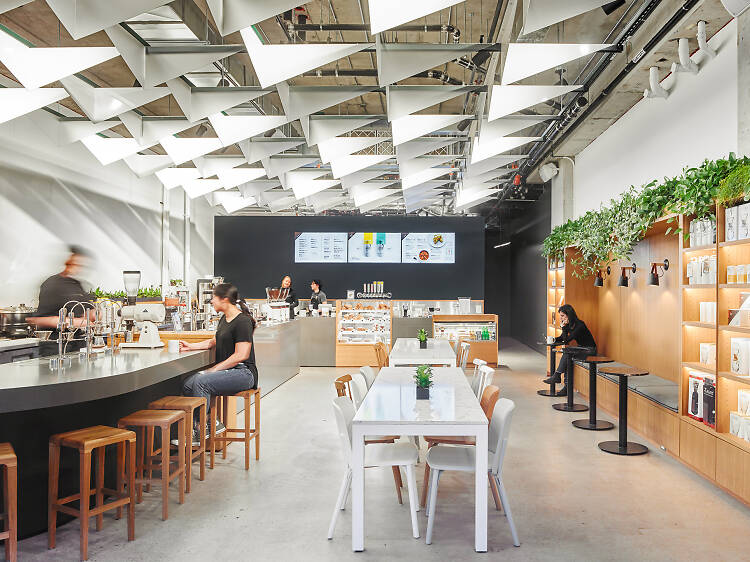 The 15 best cafés in Toronto

Whether you’re a bonafide coffee nerd or a closeted caffeine addict (we know you’re out there), the best cafés in Toronto will delight you while fueling your city explorations (visiting the myriad museums, attractions and things to do in town will require energy, after all). Laptoppers are a dominant force in the city’s cafés, as the self-employed and work-from-home populations here have grown in recent years. The roasting scene is following suit as local operations up their game with responsibly sourced beans and careful roasting methods. Our list is also sure to please tea fiends and those in search of a light bite to accompany their brews. RECOMMENDED: Full guide to the best restaurants in Toronto 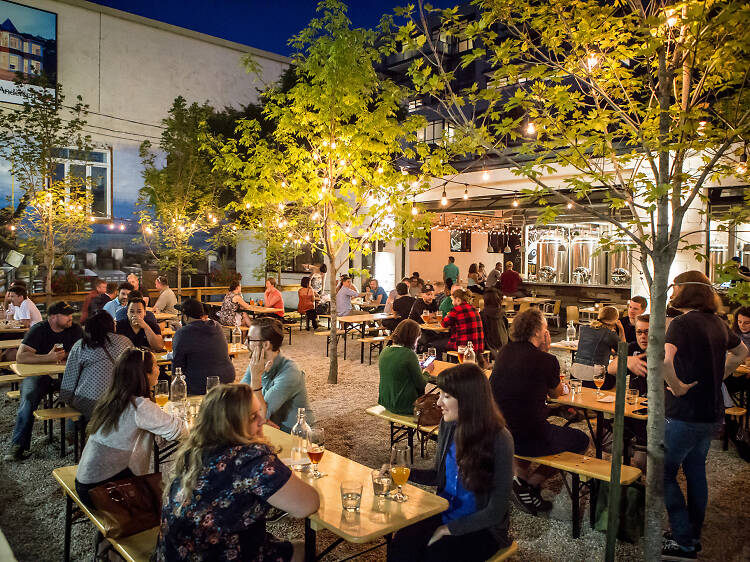 With complicated licensing laws and government-regulated retailers taking a hefty cut out of profits, the best Toronto breweries are getting in on the local drinking game by servicing patrons thirsty for interesting brews they might not find at neighborhood bars. Clusters of new openings in areas like the Stockyards district (which is unofficially rebranding itself as the Aleyards) are breathing life into old industrial zones, becoming community hubs that host events, sell artsy wares and hawk pop-up eats and restaurants. There’s no slowdown of the craft beer boom in sight. We hope you’re thirsty. RECOMMENDED: Full guide to the best bars in Toronto 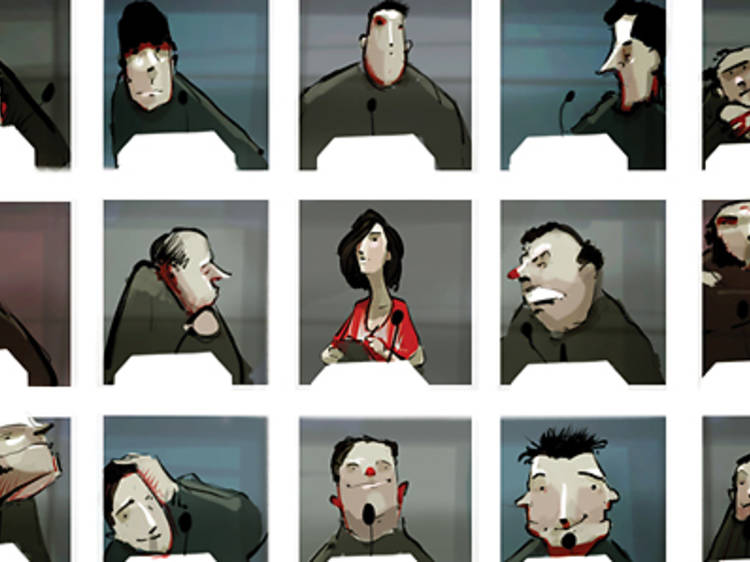 24 Dates in 7 days: A week-long mission to meet HK's most eligible bachelors

I could sit here and complain about it being another Valentine’s Day and how I’m still single and how boys are stupid (throw rocks at them). But this year I’ve swallowed my pride and gone on a week-long whirlwind mission to meet some eligible bachelors – by any means possible. Round 1: Online dating Soon after registering on a dating site, messages start beeping my inbox. Sadly, my suitors are either a) ugly, b) old – ‘seriously, gramps’ or c) ‘in town for a couple of days’ creepy. No thanks. Finally, I see what looks to be a nice young chap. We share excellent online banter, but in person he is beyond cocky (tell me again, in punishing detail, all about your pampered upbringing). Next! Round 2: Speed dating I opt for a ‘Happy Hour for Busy Executives’ from local speed dating service Coffee Matching. Most attendees are local Chinese and nearly everyone comes with groups of friends. In other words, zero mingling. Armed with my complimentary caipirinha, I venture into the unknown – and return empty-handed. Are my standards too high? Or is staring at my shoes in mute mortification the incorrect approach? Exit stage left. Round 3: Matchmaker dating Maybe I need the help of a professional. Mei Ling from Hong Kong Matchmakers suggests a fella via a cc’ed email, leaving it up to me to make contact. Anyway, date number three (or is that 23?) and I successfully meet up. There is friendly conversation, but no requisite sparks. Forlornly I move on… Round 4: Self-solicited dating One of 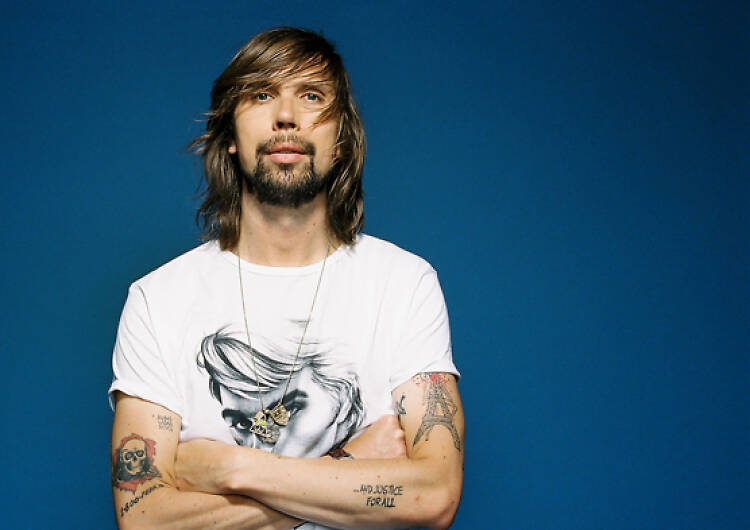 Fifteen years ago a burgeoning electronic band from Paris asked party promoter Pedro Winter to be their manager. That band was Daft Punk and that promoter is now Busy P. Since then, Winter has started a record label (Ed Banger), launched the mega-career of D.A.N.C.Eers Justice and parted ways with Daft Punk to focus on nurturing the careers of his label artists, which now include the likes of Feadz, Sebastian, Uffie and DJ Medhi. On his way to play Volar on August 6, his third show in Hong Kong, Busy P took some time out to talk to Andrea Yu about titties, robots and alter-egos Welcome back to Hong Kong. You’ve been here twice already, is that right? What keeps you coming back? I played once at Volar and once for an Ed Banger festival organised by Volar and TK's Silly Thing. I love Volar, it's the perfect size, the sound is dope and Ben and Jaime are amazing hosts. They like to party, so do we! The Ed Banger festival was also a great moment for us in Hong Kong. It was a big venue, a big challenge. I was honoured to see we have a strong fan base in Hong Kong. It's important for me to play again at Volar, the label is now famous and it's good to give it back to the people who are trusting us since day one. Do you remember your last show here in 2008? What was it like? The Hong Kong crowd is a party crowd. They drink, they dance and they are open minded. We played electro, hip hop and rock, and the club was banging! Its two years later now, how much have you and Ed Banger change 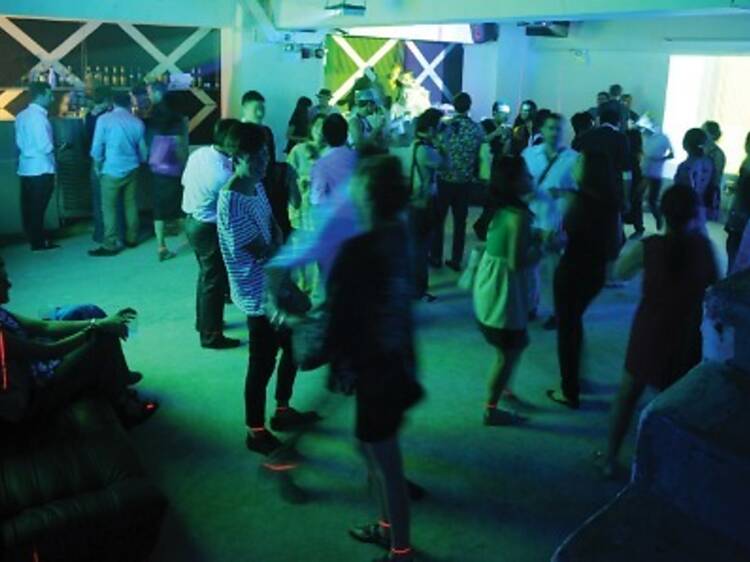 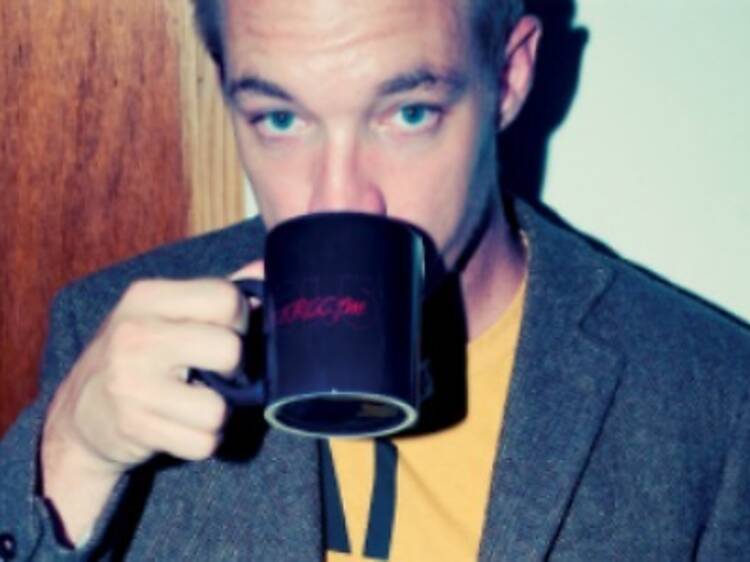 For a DJ named after a dinosaur, Diplo is anything but. He’s well known for his behind-the-scenes work, launching British grime artist M.I.A. into fame. But he’s also gained a proper name for himself in the electronic world as the manager of record label Mad Decent and an in-demand DJ. Equally notorious is his cartoon creation in Major Lazer, a Jamaican dancehall outfit, with fellow producer Switch. Since launching onto the scene in 2003, Diplo’s releases, remixes and production work has been on the cutting edge of electronic, dubstep and dancehall music. While at work in a Kingston, Jamaica recording studio putting the finishing touches on the next Major Lazer album, we caught up with him over the phone  and got inside his head... On Philadelphia I left Philadelphia because that was where I cut my teeth as a DJ and producer. It was too hard of a place to live. Lots of bad things happened there. I’ve kind of given up on Philadelphia. I love the city – it’s where I started. But I just can’t do Philadelphia any more. On Mad Decent Decent’s sort of like a family. We’re all in LA – we’re based here now. We still have a studio in Philly, but in LA we become a team. We’ve really staked our claim in the city and done lots of cool things. I think it’s the most progressive label in the country at the moment, so I’m happy to be a part of it. On Major LazerI’m in Jamaica right now trying to finish Major Lazer. We’re gonna be done by the end of next week, or else we’re not gonna finish a 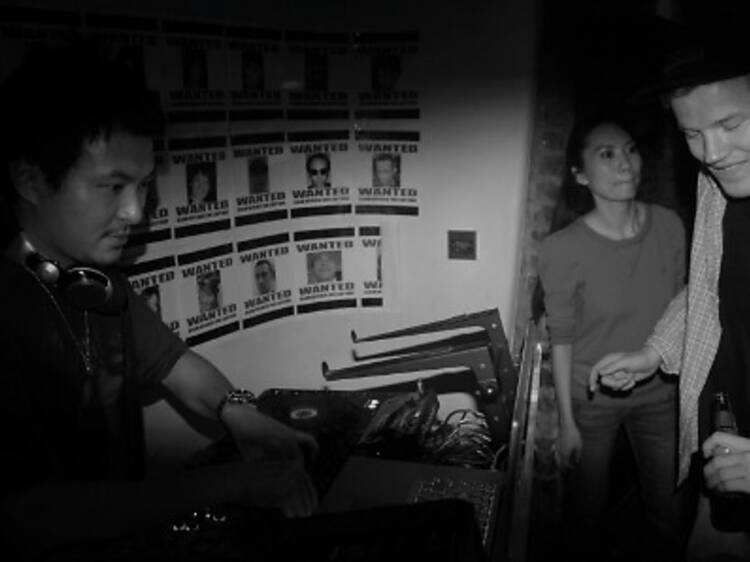 The trials and tribulations of Hong Kong's underground venues

On New Year’s Eve, hundreds of Hongkongers were honouring the demise of two pioneering underground venues – the techno and house club Yumla and the livehouse Hidden Agenda. Shortly before that, other venues such as The Warehouse youth centre and a smattering of beach clubs on the south side of Hong Kong Island said goodbye to live music gigs and outdoor parties until further notice. This unnerving trend also seems to have spilled into many of the city’s well-loved alternative music and clubbing venues. If it’s not the problem of nose-bleeding rent, then it’s problems with various government departments, problems with noise complaints, or problems obtaining the proper licences and permits. And for the venue owners and supporters that do remain, they’re resorting to ‘creative alternatives’ in order to keep their properties afloat. For Yumla’s Dan Findlay, his small, underground club was kept alive longer than he first imagined: “I always knew rent would eventually choke Yumla out of the market, but nine years was much longer than I expected.” Since opening in 2003, Yumla has long been hailed as the top underground spot in town (topping Time Out’s own list as the Best Club of 2010). At the time Yumla opened, the post-SARS property market made finding an affordable venue extremely easy. The space was previously used by the ‘legendary’ bar Phi-B, and before that it was a disused rice storage facility without direct access from street level. Still, a long-overdue renovation, couple 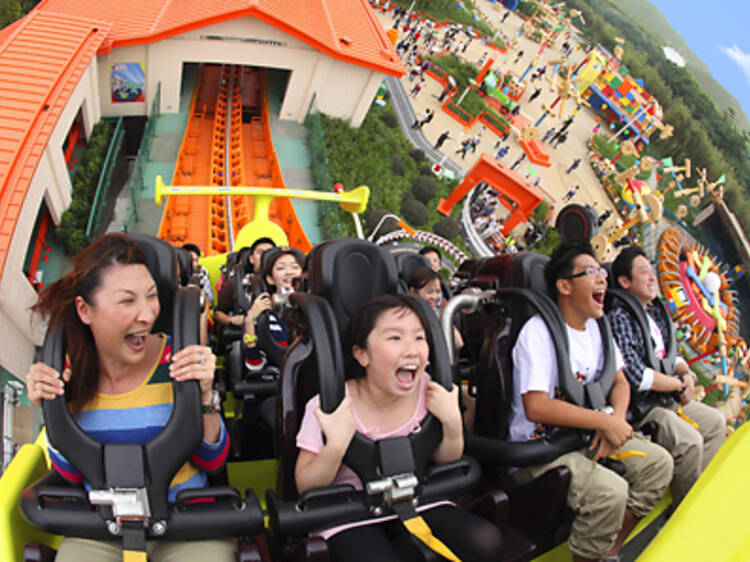 Once upon a time, Ocean Park ruled the Hong Kong amusement park landscape alone. When it opened in 1977, it was the city’s grand darling of theme parks with its quirky array of marine life, thrilling spills and, yes, a cable car. But then one day in 2005, along came another theme park player, busting out Ocean Park from its near 30-year comfort zone. Hong Kong Disneyland had arrived – and the battle for business began in earnest. Over the course of their short joint history, the competition between Disneyland and Ocean Park has, on the surface, increased exponentially. Just months after the arrival of Disneyland, Ocean Park launched a six-year Master Redevelopment Plan, which has seen the Wong Chuk Hang park add the Ocean Express funicular railway, open the theme areas Thrill Mountain and The Rainforest, and unveil an epic Frank Gehry-designed aquarium. In turn, Disneyland has swelled with Tomorrowland, the iconic Disney boat ride It’s a Small World and, just late last year, Toy Story Land. The expansions have been regular and significant, each adding fuel to the comparative fire. But, arguably, this rivalry has never been greater than it will be in the coming weeks, when both parks unveil major new attractions. On July 13, Ocean Park launches Polar Adventure, a new Arctic and sub-Antarctic themed area home to penguins, walruses, seals and a rollercoaster. A day later, Disneyland returns fire, launching Grizzly Gulch, a new ‘land’ featuring rides based on the story of the 19t