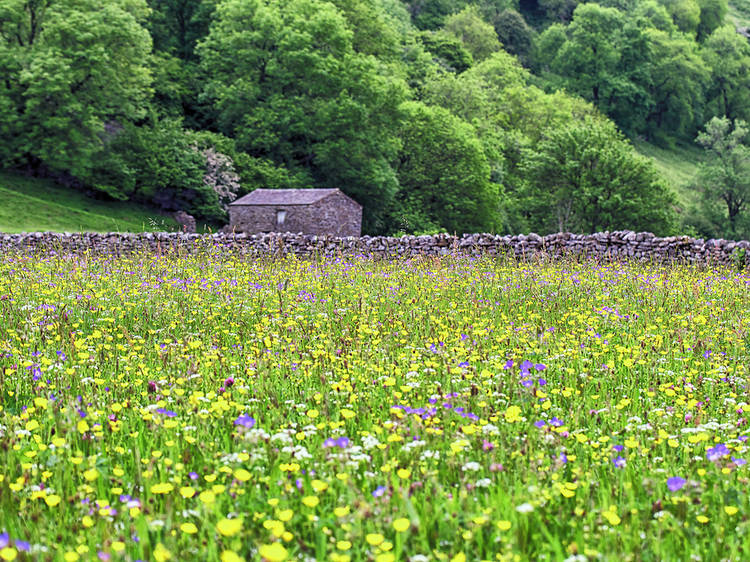 The best places to see wildflowers in the UK

There’s something special about this time of year, as trees start to glow highlighter-green and the countryside begins to transform into a rainbow of wildflowers. It means winter is well and truly over, and we have months ahead of us to enjoy all the lush wonders of the UK.  Be it trees dusted with pastel pink petals, woodlands filled with cobalt carpets of bluebells or fields full of fragrant lavender, the UK is the place to get an eyeful of beautiful flowers. Get outside and explore these floral destinations that’ll be putting on bloomin’ beautiful displays from spring until September.  RECOMMENDED:🍂 The best places to see autumn leaves 🌸 Where to see wisteria in the UK 💙 The UK’s top spots for bluebells ✨ The underrated wonders of the UK📸 The most Instagrammed villages in the UK 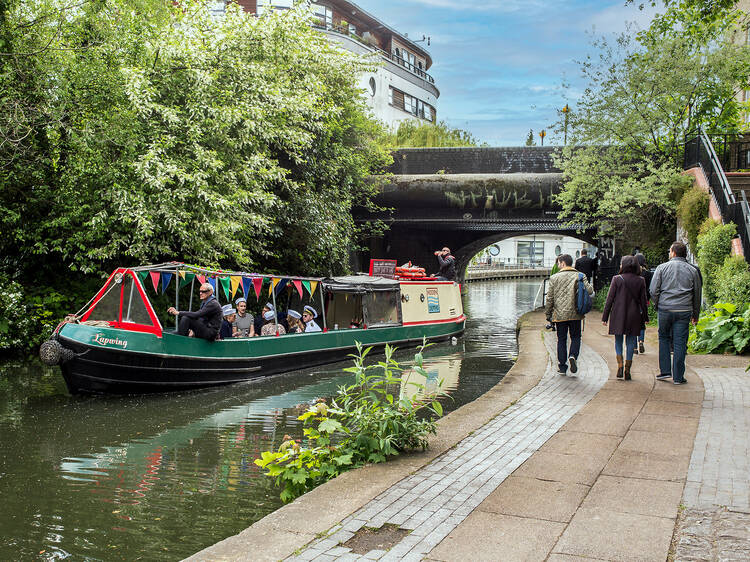 8 of the best London walks

Walking is a brilliant way to explore London. It’s free, it’s healthy, and you’ll spot things that you’d never notice from a bus or train window. You get to see how this sprawling city comes together, discover its hidden spots and appreciate what a glorious, ever-changing hotchpotch it is: how fragments of ancient history sit alongside glittering skyscrapers, and how it’s been shaped by millennia of migration. Most of the London walks in our round-up take you past famous landmarks, intriguing museums and stunning scenery. Several of the routes are largely road-free, moving along the River Thames or the city’s secret canals. They range from two-and-a-half to eight miles and are easy to extend if you want to make a day of it. RECOMMENDED: Our guide to walking in and around London. 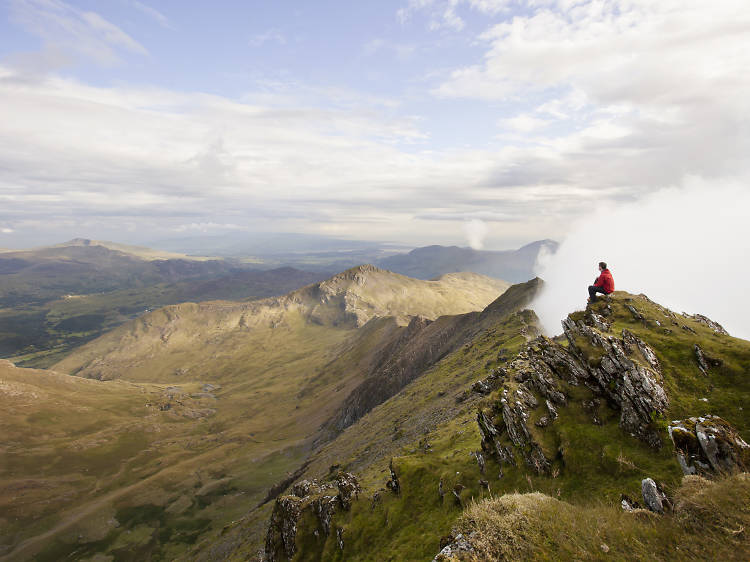 15 things to do in Snowdonia

North Wales’s craggy peaks and lonely lakes are a tonic at any time of year, but they’re loveliest in spring: dainty wildflowers carpet the woodlands, waterfalls thunder and the grass glows on sunny days. Half a million people climb Mount Snowdon every year, but it’s easy to escape the crowds in Wales’s oldest national park, where walks range from soothing ambles to tough hill trails. If hiking isn’t your thing, there’s also mountain biking, paddleboarding, gorge-scrambling, kayaking, caving and whizzing down record-breaking zip lines. When it pours (there’s a reason these hills are so green), take cover in quirky cafés and cosy pubs. Here are the best things to do in Snowdonia right now. RECOMMENDED: Discover nearby Cardiff, Birmingham and Liverpool or more dramatic landscapes in the Lake District 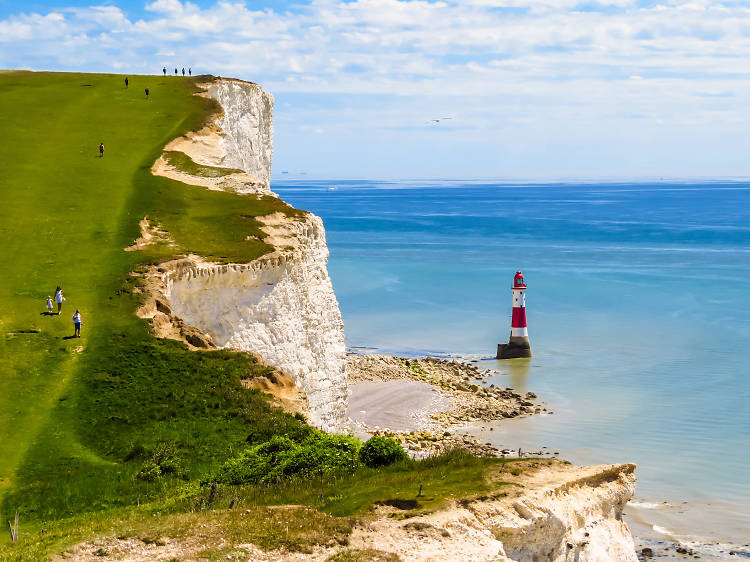 Walking seems to be having a bit of a moment in 2021. Granted, a boredom-induced stomp around the local park may have been one of the few social activities available to us for the first few months of the year, but it seems that after months of being cooped up at home we’ve all gained a new appreciation of the joys of a stroll in the great outdoors.  And while London is of course chock-full of excellent walks, now that we’re allowed out of the capital again you may well have your sights set on something a little further afield. From a seaside stroll along the white cliffs of the Seven Sisters to a ramble through the stunning ancient woodland of Epping Forest, dust off your boots and head out on one of these ace countryside walks near London. And if you’re feeling a little thirsty, why not plan a stop at one of these brilliant pub gardens too? RECOMMENDED: The best walks in and around London 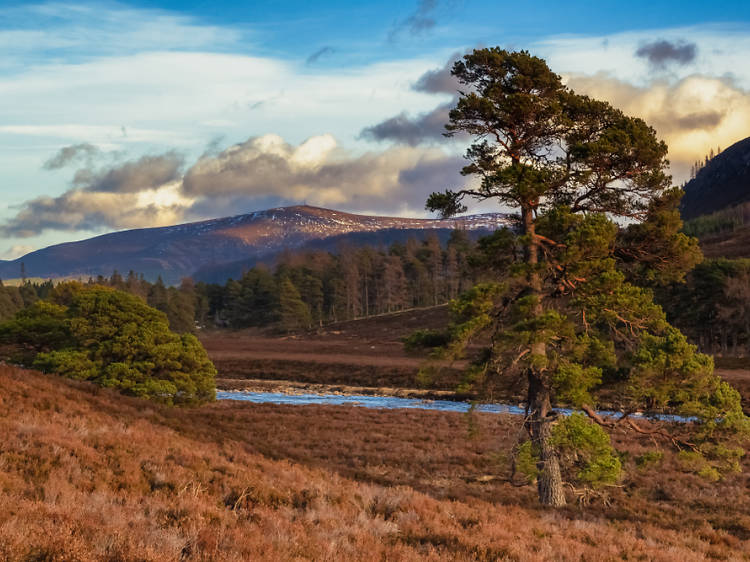 13 things to do in Royal Deeside

‘All seemed to breathe freedom and peace, and to make one forget the world and its sad turmoils,’ Queen Victoria wrote of her fave valley in the Scottish Highlands. Royal Deeside, as it became known, lies in the vast Cairngorms National Park and its suprisingly easy to reach from London. Book the Caledonian Sleeper and you can enjoy a nightcap in the Euston Tap and breakfast on the shadow of its rugged mountains. RECOMMENDED: Discover the north east Scottish Highlands, Inverness and Edinburgh

Need some fresh air? Escape the traffic and head for the road less cycled with these greener routes around picturesque parks, canals and nature reserves. 1. King’s Cross to Paddington Start: Granary SquareEnd: Little Venice This route follows Regent’s Canal west to Camden Market and Primrose Hill’s chi-chi boutiques and gastropubs, skirting the northern edge of Regent’s Park, past London Zoo’s enclosures. The final stop is Little Venice, where you can quench your thirst at a floating café or pedal on: the Paddington branch of the Grand Union Canal takes you towards Westbourne Park and Notting Hill. 2. Royal Parks Start: Horse Guards Road, St James’s ParkEnd: Kensington Gardens This scenic route takes in four royal parks and three royal palaces. After pootling past Horse Guards Parade, head up The Mall – the finishing line when the Tour de France raced through London in 2014 – to Buckingham Palace. Doff your helmet to Her Maj, then continue along Constitution Hill’s off-road bike lane to Hyde Park Corner roundabout and under Wellington Arch. Cycle paths loop around the edge of Hyde Park (they’re marked with red dotted lines on the map), before crossing into Kensington Gardens at Mount Gate. For a car-free cycle, do it on Sundays when The Mall and Constitution Hill are closed to traffic. 3. The Wandle Trail Start: Wandle Delta, near Wandsworth ParkEnd: Wandle Park, Croydon This well-marked, 14-mile trail follows the Wandle River and traces the history of Wandsworth’s industrial

Swap the city for a clifftop fortress

Need a break from the B-word? If the thought of barricading yourself into a fort seems appealing right now, we know just the place: a disused Victorian fortress with a drawbridge and a 20ft-deep dry moat that clings to a stunning corner of South Wales. First, you’ll need to recruit a squadron of pals. West Blockhouse Fort used to house 34 soldiers and an officer, but now sleeps eight civilians in cosy, wood-panelled rooms. There’s no wifi or television, so you can disengage from current affairs and wage table-tennis battles, pore over old military plans, or flop by the fire with a book from the library. A blockhouse was first built on the jagged cliffs of Pembrokeshire’s Marloes Peninsula by order of Henry VIII. This one has perched there since the 1850s, when it was fortified with 10ft-long guns to defend Milford Haven Waterway from Napoleon III. It was rearmed in the First and Second World Wars, and is now owned by The Landmark Trust – a charity that preserves historic buildings by converting them into holiday homes. Photograph: Nigel Forster Today West Blockhouse Fort is a blissful refuge from modern life. From the parapet and the musket-slit windows, you can watch circling ravens and gannets dive-bombing the Bristol Channel. While checking out the peninsula’s wildflower-dotted heathland, craggy bluffs and golden beach, you might spy seals, porpoises and dolphins, and lobster fishermen manning their pots. It’s a soothing spot to reflect on this small island’s turbulent

Swap the city for this electricity-free cottage made of straw

Forget what happened to the Three Little Pigs. No wolf would have enough puff to blow down this eco-friendly cottage. The walls are made of more than 180 straw bales and the cedar shingle roof is stuffed with sheep wool, keeping it deliciously warm even in the depths of winter. Best of all, there’s no electricity or phone signal, so you can curl up by the wood-burning stove with a good book and zero FOMO. Surrounded by rolling hills and ancient woodland, The Straw Cottage sits at the top of a meadow in a quiet corner of a big farm in Wales. It’s kitted it out with everything you could possibly need for an off-grid weekend, including a gas oven and fridge, a hot shower, candles, solar lights and a fire pit for toasting marshmallows under the inky night sky. Pack a picnic and strike out into the countryside, explore the wild reservoirs and excellent trails of nearby Elan Valley, known as the Welsh Lake District, or just stay put to enjoy your rural idyll. Eat al fresco on the veranda while listening to the chattering birds and gurgle of the stream. We know what you’re thinking. And, yes, guests have been known to skinny-dip. The Straw Cottage, Powys, Wales. From £390 for 3 nights.  Need more reasons to leave London? Read our guide to the best day trips from London Or stay put and discover the best places to see wildlife in London year-round