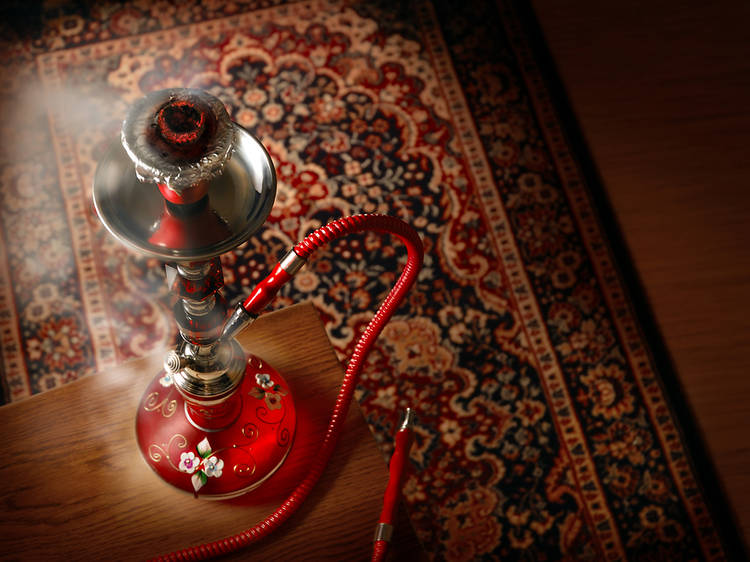 The best smoke shops in NYC

At a smoke shop in NYC, you can find anything you need to satisfy your smoking needs. These are the best tobacco stores and vape shops in the city, so head here the next time you want to light up (or find an alternative to cigs). Whether you want to look classy AF at a cigar bar or you’re already shopping for a new bong for 4/20 events, you should know the choice smoke shops in New York. RECOMMENDED: Full guide to shopping in NYC 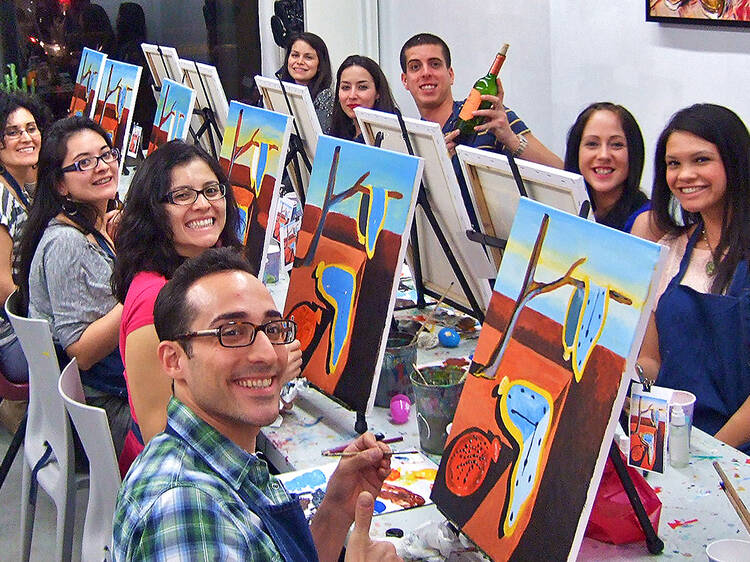 The best art schools in NYC for taking a class

It's hard to make it out there as an artist, especially in a city already stuffed with masterpieces. But these eight schools give you the opportunity to take fine arts classes, from painting to photography to caricature drawing (yes, really). So sign up at one of these art schools ASAP—even if you don’t become Instagram famous, at the very least you’ll finally be able to call yourself a real art fan. The best dating apps and sites for New Yorkers

If you're still looking for love, relax! We've got you covered. Check out these best dating apps, and you'll find there's an online dating program for anyone: Try Tinder if you're seeking a casual dalliance; How About We if you're tired of boring first dates; or Match if you're comfortable looking for something a tad more serious. So what are you waiting for? Get browsing with these NYC apps, find a great date idea and have a night on the town. (…or maybe “and find that perfect someone”?) RECOMMENDED: Full guide to date ideas in NYC 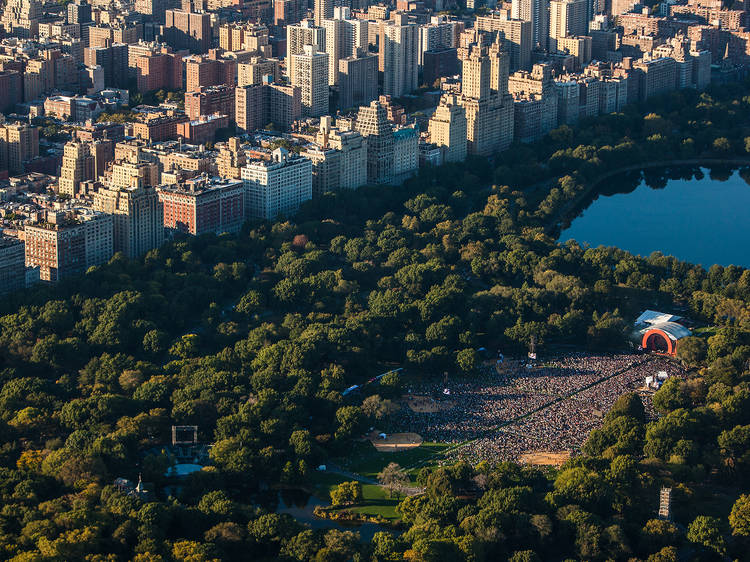 If you’re a dino nerd (and no shame in that), you’ve heard about the American Museum of Natural History’s newest tenant: a 122-foot-long Titanosaur, one of the biggest dinosaurs ever discovered. But he’s about to get some roommates. In “Dinosaurs Among Us,” the institution looks at how these now-extinct beings evolved into everyday birds. “Living birds share a common ancestor with dinosaurs like [the] Velociraptor,” says Mark Norell, the curator of the museum exhibition. (He named the Citipati, one of the dinos on display, so he knows what he’s talking about.) Here are our four faves. “Dinosaurs Among Us” opens March 21 at the American Museum of Natural History. 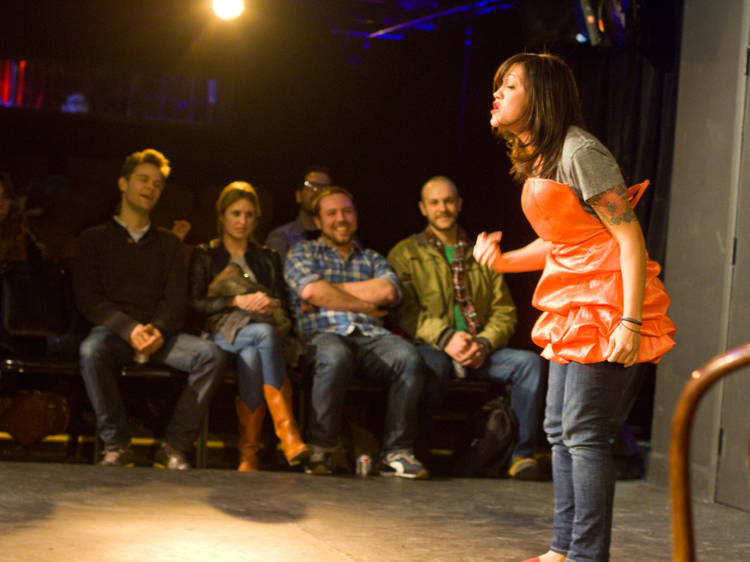 These are the city’s top five comedy clubs for improv, whether you want to spend a night cracking up at the funniest New Yorkers or get onstage yourself, you brave soul. With spur-of-the-moment jokes and teamwork between comedian casts, a show at an improv comedy club is a one-of-a-kind experience. Just remember the things not to do at a comedy show—interrupting a comedian will never go well, we promise. Just sit back and enjoy the improv show. Las Vegas may hold the title of Sin City, but for our money, NYC beats out that glitzy strip in the desert any day of the week. Drugs, food, booze, basically anything that sparks overindulging—we have it, in spades. Which is why we decided to take different writers from this adult amusement park—a chronic self-pleasurer, a shopaholic, a social media addict and a cocktail fiend—to see how long they could go without indulging in their (let’s be real, pretty innocuous) bad habits. In effect, we’re recreating “The Contest” episode of Seinfeld. Because seriously, what’s the deal with vices? [Canned laughter.] Photographs by David Williams 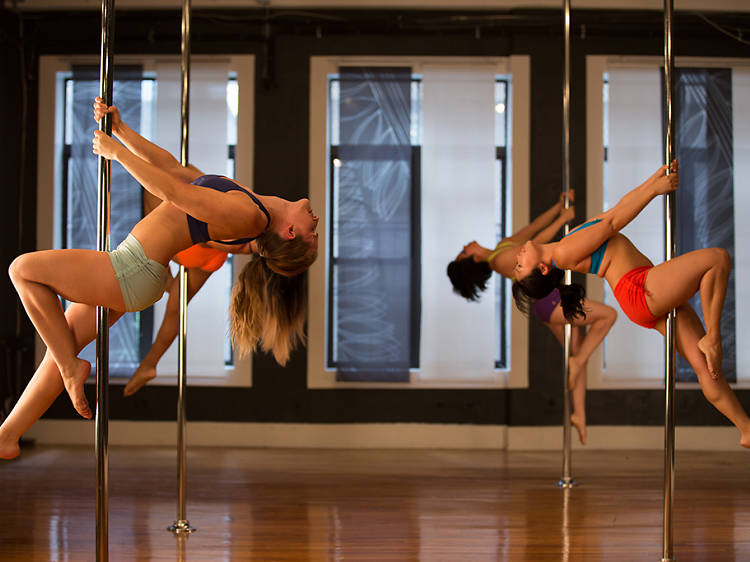 If the thought of another hour on the treadmill makes you cry with boredom, go for something a little more exotic—pole dancing classes. NYC is the place to be for the coolest classes, and people of any age can test out everything from guitar lessons to dance classes for adults. And these seven spots will spice up your workout (and bedroom) routine in no time—there’s even burlesque and yoga pole dancing. You’ll never step foot in a gym again.RECOMMENDED: Read more on classes in NYC 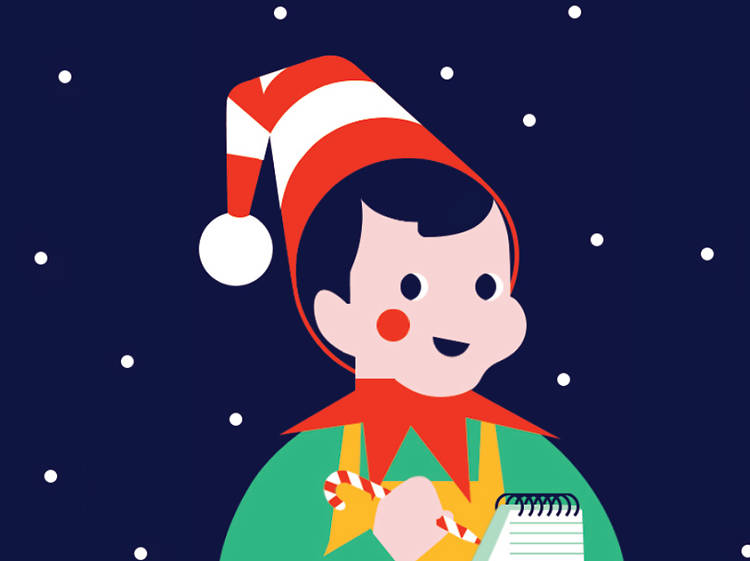 What’s it really like being a department store elf? Visiting Santa and his elves to ask for gifts is a Christmas activity as classic as seeing the Rockefeller Center Christmas Tree, but behind the scenes, things get much more complicated than naughty and nice. So we went straight to the source, asking all our burning questions that weren’t covered in the movie/musical Elf (or David Sedaris’ SantaLand Diaries).RECOMMENDED: See the full Christmas in New York guideDo elves hook up?Yeah, they do; a lot, actually. I know two elves who are getting married next year. And an elf and a Santa who are very serious. I was at this New Year’s Eve party one time, and there were two elves who were hooking up with the same Santa. It was very dramatic.Do kids ever, er, make a mess on the big guy? Kids pee on Santa. Some get so hysterical they throw up, which is…fun. Some toddlers smell—they clearly have a full diaper—but their moms don’t care and put them on Santa’s lap anyway. When I’m an elf, my name is Silver Bell, and Santa will say, “Silver Bell, Santa needs a cookie after this.” That’s code that he needs to take a break and clean up.Do adult visitors hit on you? People take Christmas as an opportunity to be pretty pervy. The worst was when I was near these two dudes in their twenties, maybe early thirties, and one of them said, “I hope they pay you well,” and I said, “Santa pays me very well in cookies and candy canes.” Then they were like, “I’d let you suck my candy cane.” Ew. Do fights

2am in New York Harbor  “I was on the Staten Island Ferry a few years back, and a very drunk woman started vomiting all over the place. Soon her wine-scented puke was running all up and down the floor, and to avoid it, all the passengers started running from one side of the ferry to the other, causing the boat to completely tip to each side.”—April Lavalle, 26 2am on the Upper West Side “After downing margaritas, I was on the subway with two friends, holding on to the metal pole. After creepily staring at me for several minutes, some random dude sitting down leaned over and kissed my finger. I gasped, my friends gasped. I was drunk, angry and feeling especially empowered having just seen Magic Mike XXL. I screamed, ‘What the fuck did you just do?’ He drunkenly slurred, ‘I’m sorry, I couldn’t help it.’ I continued to yell, ‘I did not give you permission to touch me.’ ‘Sorry, sorry,’ he mumbled as he got off the train and stepped into the next train car. By this point, everyone on the train is staring. I exclaimed, ‘Does anyone have hand sanitizer?’ A woman stepped forward, handed me some. People started clapping.”—Anita Flores, 29 2:30am in the East Village “It was one of my first gigs in New York: 2:30am and I still hadn’t gone on. It was some venue that was really a basement for storing beer, but someone had added a mic, and hey, comedy! I didn’t know anyone and ended up talking with this woman who was a model. She had been the victim of a random shooting on the 1 train. We

How to turn your pet into a social media star

When I adopted a Shiba Inu in March from a local rescue organization, I quickly noticed something about his new dog friends: He was the only one that didn’t have an Instagram account. When I posted a picture of my puppy, I simply added it to my own account with a caption like, “Look who managed to pass some sidewalk trash today without trying to eat it!” When other people posted pictures of their pets, somehow everyone went through the charade of pretending their dog had humanlike intelligence and the ability to take selfies, edit them and then add a clever caption about “their humans” or whatever. As it turns out, my friends are smart, and I am not, because making an Instagram account for your dog can actually make you money. You can live off your dog’s Instagram celebrity, people. There are even talent agents who specifically work to make sponsored posts with social-media puppy “influencers.” Meet Loni Edwards, the managing partner of the Dog Agency, which represents Insta-star pups including Tuna of @tunameltsmyheart (1.9 million followers), Harlow of @harlowandsage (1.5 million followers) and this week’s cover star, Chloe of @chloetheminifrenchie (171,000 followers). “It’s fun, rewarding and lucrative,” Edwards says of social-media sensations. “The humans get to make money creating fun branded content with their furry best friends while spreading happiness all at the same time!” But that doesn’t mean it’s easy. “It’s also important to realize it takes a lot of work,” she Every time I have to walk through Times Square—and somehow, even after five years in New York, I’m not always able to avoid it—I tense up. It’s not that I hate crowds; I probably wouldn’t be living here if I truly disliked other people. It’s more the combination of lost out-of-towners, overheated costumed characters and pricey tourist traps that make it seem like I’m walking through a commercial for hell. So I talked to life coach Dr. Liz Lasky (Ph.D., LCSW) about how I’m supposed to exist between 39th and 46th on the West Side without needing a vacation from seeing other people vacation at M&M’s World. “New York City can be a crazy mess of a place! My suggestion is to create a safety plan for yourself,” says Lasky. “A safety plan is a plan you make in advance that you can pull out at any time that will help you feel safe. If you know you’re going to be walking through Times Square and the crowds really bother you, pick three things that will help you get through the experience. This might be listening to a funny podcast or a favorite playlist or having a mantra that you repeat to yourself. Preparedness is the key to success.” Lasky also recommends following up trips to stressful, tourist-filled hotbeds of commerce and overzealous Elmos with some time in New York City’s green spaces. (Apparently, nature doesn’t just consist of watching a pigeon and a rat wrestle over a french fry—who knew?) I decided to test these tips by forcing myself to visit one of Times Square’s fine est