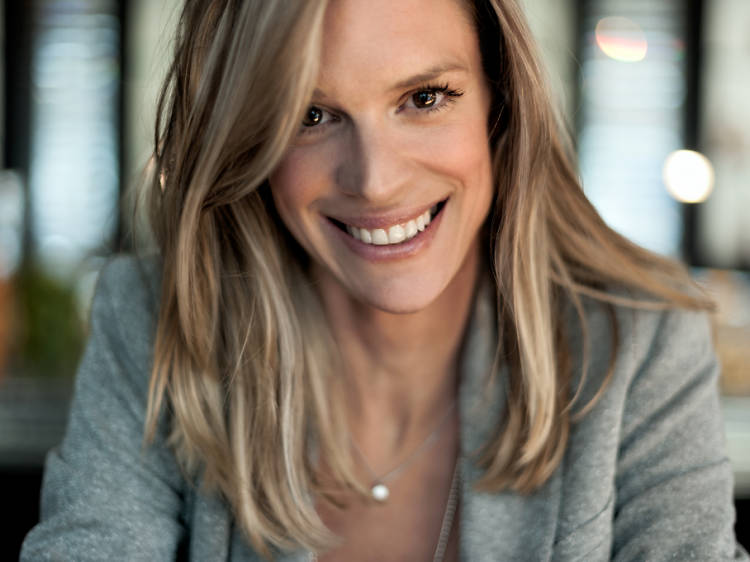 Nadja Schildknecht couldn’t have been better placed to co-found the Zurich Film Festival (ZFF). By 2004, when she and Karl Spoerri devised the glamorous annual event, she already had successful careers as an international model (she worked for brands including Armani) and TV presenter (“Ahead” on MTV and “Supermodel” on 3+) behind her. Alongside the long hours Nadja pours into the ZFF, she also has a son with Urs Rohner (Chairman of the board of directors at Credit Suisse). In conversation with Time Out, the Swiss ex-model reveals how she separates work and private life, and how she has made the festival such a success. After a successful career in fashion, why did you decide to move into the world of film? Did your experience as a model help with the transition? I didn’t actually plan to move into the film industry. It was all a coincidence, really. I was involved in organising what started as a film night for young people –an event that attracted 3,000 visitors. My career as an international model proved very useful when it came to organising the Zurich Film Festival (which launched in 2005), because it taught me to stand on my own two feet. I wasn’t always independent as a model, but the work instilled in me a sense of entrepreneurship. Other character traits that always help me with the festival are a passion for the job and empathy. Over the past 10 years, you and Karl Spoerri have organised what has always turned out to be a successful festival. How do you share the wor

Cat Power interview: "My fans are the sole reason I am alive"

Chan Marshall, the American indie folk singer that goes under the name of Cat Power, was discovered in 1994 by the drummer of Sonic Youth. After spellbinding listeners around the world with her signature ethereal sound, she is touring in Switzerland and is due to be playing in Zurich's Zermatt Unplugged Kaufleuten. Miky Merz caught up with the singer-songwriter to talk about composing, gigging and her passion behind the music In 2012, as Marshall was planning on launching her European tour, a combination of bankruptcy (brought on by the cost of producing her album "Sun“) and a potentially life-threatening skin condition called angioedema forced her to put those plans on hold. But now that Cat Power is set to perform in Zurich with a small group of underground artists at Kaufleuten Zurich, and we couldn't pass up the chance to get to know Marshall better: You seem to tour a lot, why is that?Yes, I've never had the feeling or sensation of growing up having a "home". While starting to tour the world 20 years ago, I've been given home and safe places through the friends I've made and the fans who've shown me so much love and acceptance. Do you think good art and music would exist if we all saw things the same? That is why art exists, to express our "link" as humans, that we all have... Because while we all are so different, we know in our hearts that we share certain similarities, so we strive to communicate that. How do you write your songs?Words and music, but also art or dail