We've long awaited the arrival of the new SFMOMA. The first museum on the West coast dedicated solely to 20th century art, its collection consists of more than 33,000 works housed in 170,000 square feet of exhibition space, making the musem one of the largest in the United States (and one of the largest in the entire world for contemporary art). The SFMOMA closed in June of 2013 for an expansion project that more than doubled the museum's gallery space, making room to showcase an expanded collection, as well as the unmissable Doris and Donald Fisher Collection. 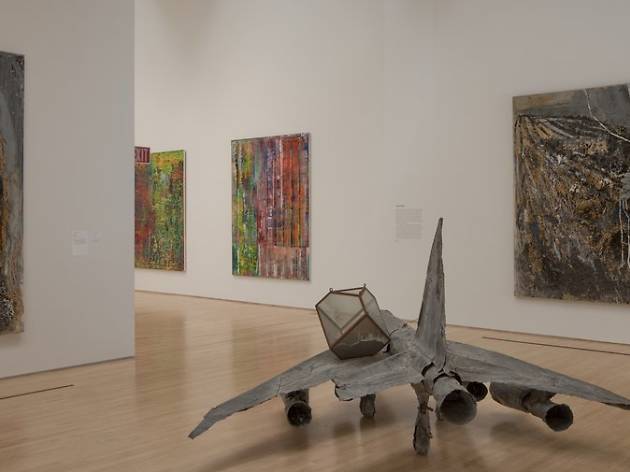 You may know Doris and Donald from a little clothing company they started back in the 1969—Gap Inc. But the Fishers have another claim to fame: One of the world's greatest private collections of postwar and contemporary art. Among the 260 selections that will be on view over three floors of SFMOMA (the first time the artwork will be available to the public) are important works of American abstraction, pop, minimal and figurative art by artists such as Chuck Close, Richard Serra, Ellsworth Kelly, Lee Krasner, Roy Lichtenstein, Agnes Martin and Andy Warhol; works of German art after the 1960s by such artists as Sigmar Polke and Gerhard Richter; a broad range of Alexander Calder works from the late 1920s to the late 1960s; and sculpture by leading British artists including Tony Cragg, Richard Deacon, Barbara Hepworth and Richard Long. The Fishers believe that art is for everyone, which is why they are making their previously private collection public. 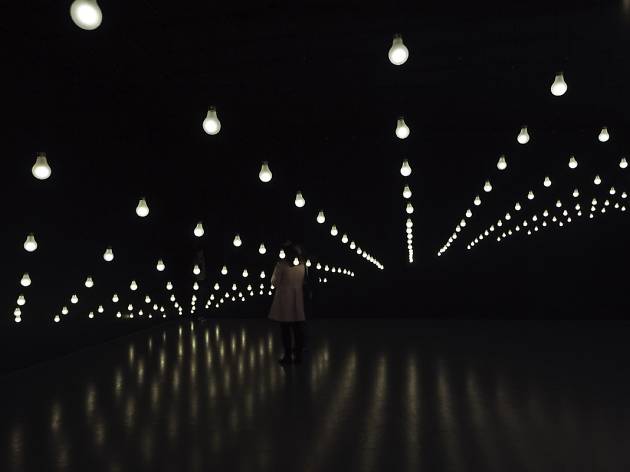 SFMOMA launched the Campaign for Art in 2009 to deepen and expand the museum's artwork collection in order to provide visitors with a broader view of modern and contemporary art. After seven years, over 200 donors (including both collectors and artists both local and international) and more than 3,000 works of art, the campaign came to a close in 2015. The works donated increased SFMOMA's collection by more than ten percent. 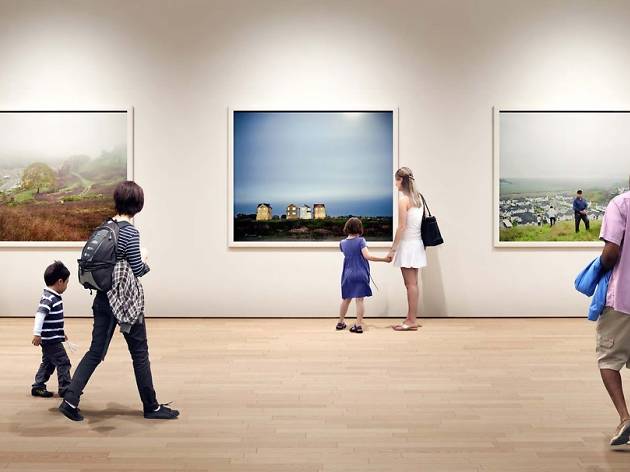 The new Pritzker Center for Photography nearly triples the museum's space dedicated to photography, filling the majority of the third floor. At fifteen thousand square feet, it is the largest space permanently dedicated to photography in any art museum in the United States, and includes permanent collection galleries as well as new special exhibition galleries, along with a study center and an interactive Interpretive Gallery. 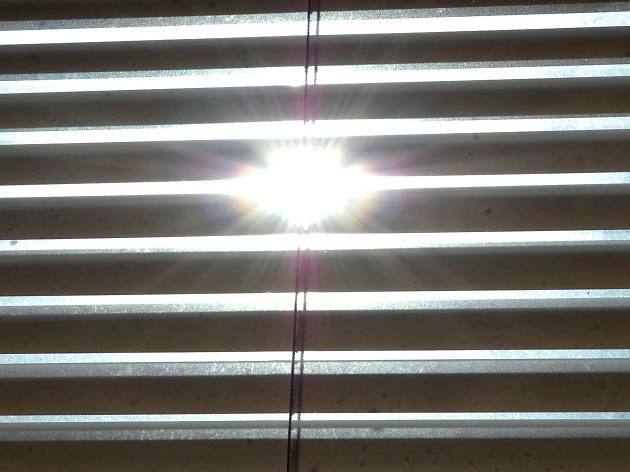 Beginning in 2002, Harrell Fletcher and Miranda July’s Learning to Love You More invited people all over the world to respond to seventy creative assignments set by the artists. The work includes over 8,000 submissions, including photographs, objects, texts and videos. Following the wishes of Fletcher and July, exhibitions of Learning to Love you More may be curated by other artists, and SFMOMA has invited artists Will Rogan and Jonn Herschend, the editors of the object-based publication THE THING Quarterly, to curate this exhibition. 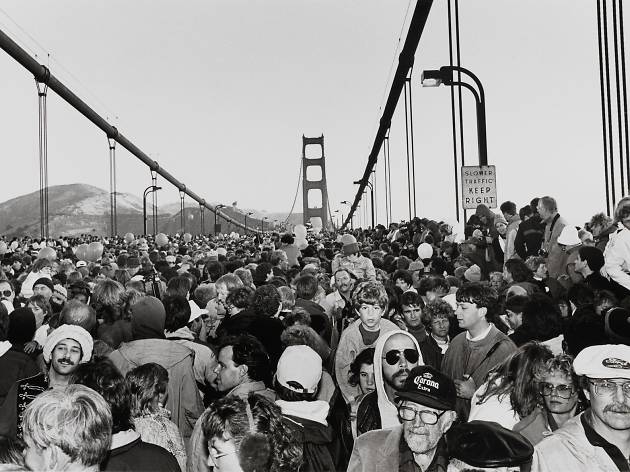 Arranged roughly chronologically, from the medium’s invention in the nineteenth century to the present, this exhibition reveals changes in the landscape as well as shifts in photographic attitudes and subject matter. Artists on view include Ansel Adams, Manuel Álvarez Bravo, Lewis Baltz, Imogen Cunningham and Lee Friedlander, as well as Dorothea Lange, Ed Ruscha, Larry Sultan, Edward Weston and Minor White, among others. 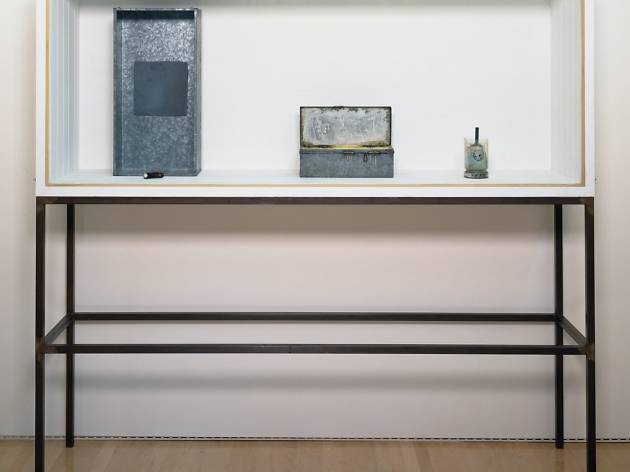 One of several exhibitions highlighting contributions from the Campaign for Art, including two key paintings by Jackson Pollock, important works by Jasper Johns and Robert Rauschenberg, and an entire gallery dedicated to Joseph Beuys, as well as a space devoted to the late work of photogprapher Diane Arbus, and significant historic pieces by performance and video pioneers Ant Farm, Lynn Hershman Leeson, and Nam June Paik. 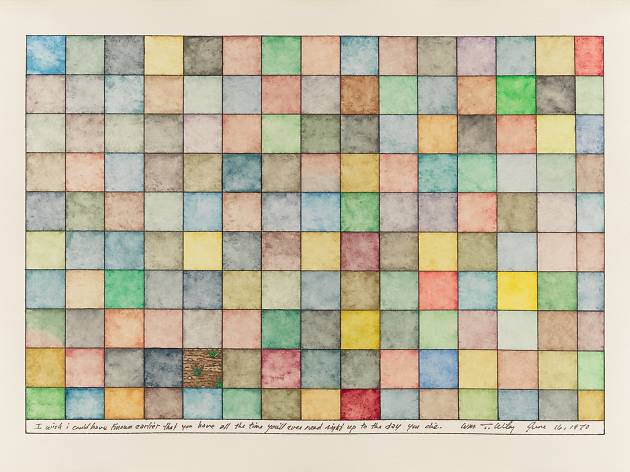 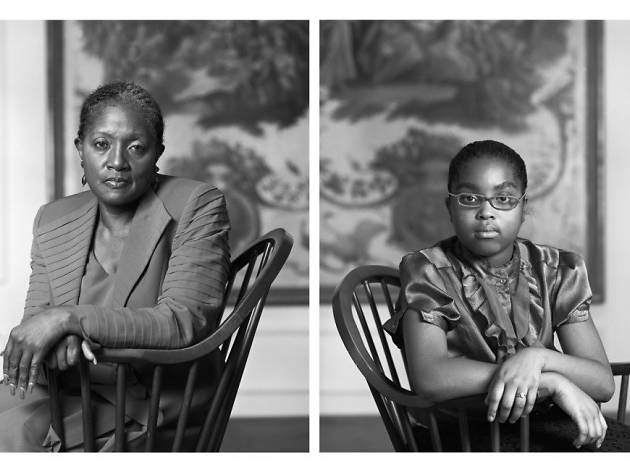 This thematic exhibition brings together work from across the medium’s history—from daguerreotypes to slide projections and even video installations—showcasing work by Julia Margaret Cameron, Henri Cartier-Bresson, Phil Chang, Dawoud Bey, Owen Kydd and Zoe Leonard, among others, as well as Recordings #3 (At sea), a newly commissioned installation by Jason Lazarus. 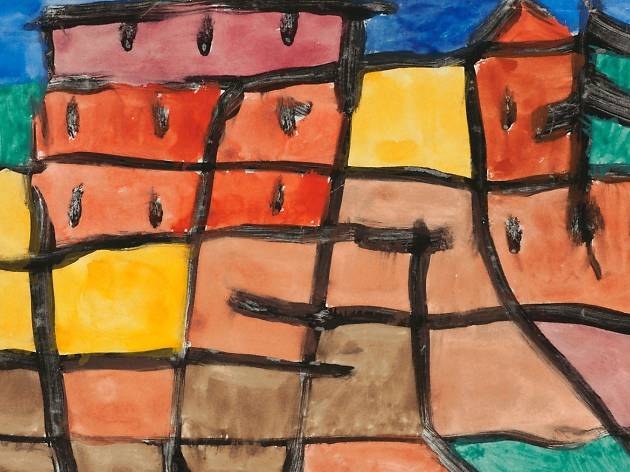 This selection of sixteen paintings and watercolors by Swiss-born modernist Paul Klee explores his use of color, from a delicate 1917 miniature to a luminous landscape built from blocks of color in 1940. 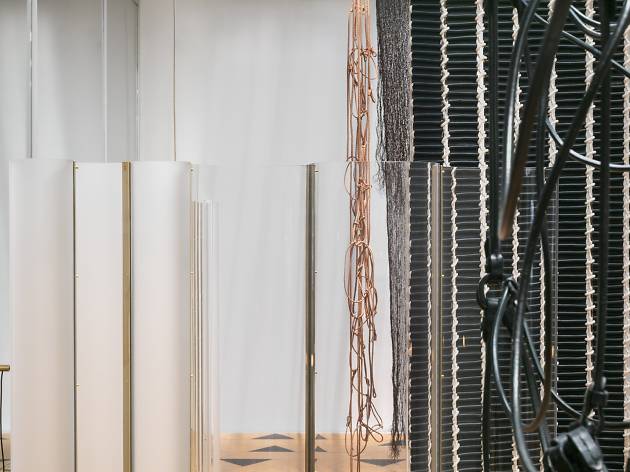 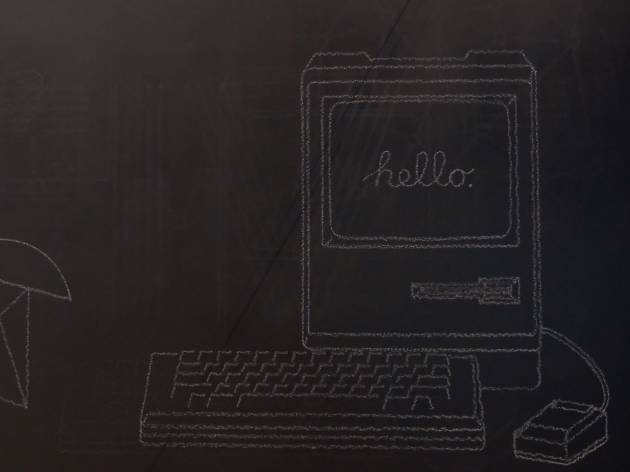 This exhibition presents a selection from SFMOMA’s permanent collection of graphic design since 1950 and includes important examples of communication tools that have shaped our relationship with graphic design. 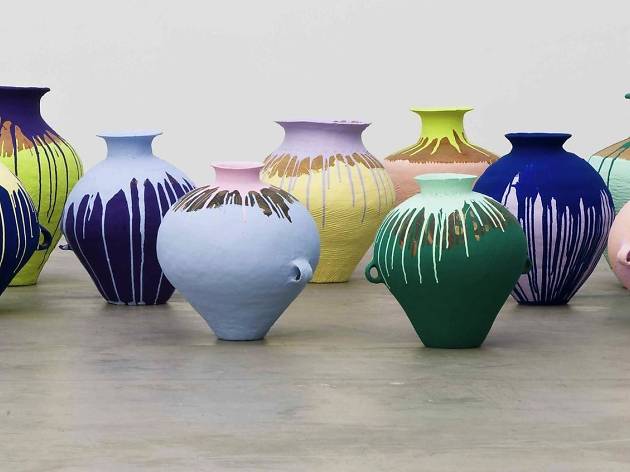 This exhibition highlights works in a variety of mediums that reflect the diversity of art being made since 1980, including key figures that emerged in New York, such as Robert Gober, Jeff Koons, and Sherrie Levine; important California artists, such as Mark Bradford, Vincent Fecteau, and Charles Ray; and international figures, such as Doris Salcedo, Thomas Schütte, Luc Tuymans, and Ai Weiwei. The exhibition also includes an installation by Matthew Barney; animations by Jim Campbell, John Gerrard and Takeshi Murata; and video works by Rivane Neuenschwander and Cao Guimarães and Nicole Miller; as well as contemporary photography, including a large-scale work by Jeff Wall and a series by Cindy Sherman. 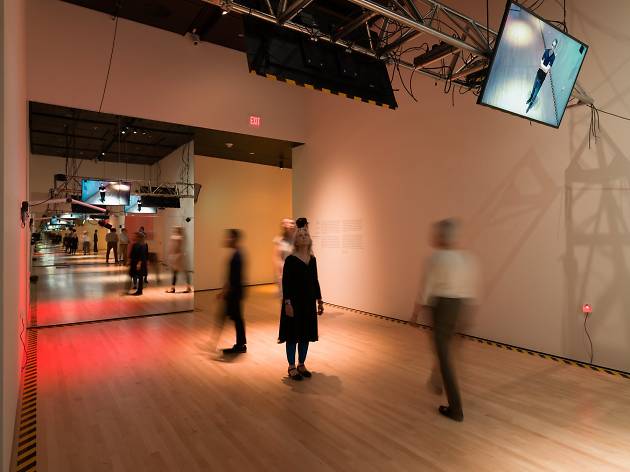 This thematic presentation centers on the notion of place from a variety of temporal and geographical angles through works by five featured artists who address specific locations as a meeting of history, geography, and cultural conditions. 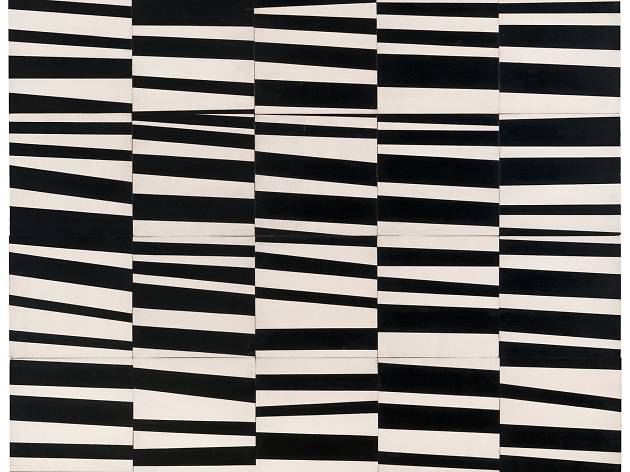 This exhibition of selected American artists in the Doris and Donald Fisher Collection explores the diverse approaches to abstraction developed since 1950, from the forceful brushwork of Lee Krasner to the contemplative canvases and reliefs of Ellsworth Kelly and the enigmatic wood forms of Martin Puryear. The variety of materials and techniques included in this presentation testifies to abstraction’s enduring potential as a form of artistic expression. 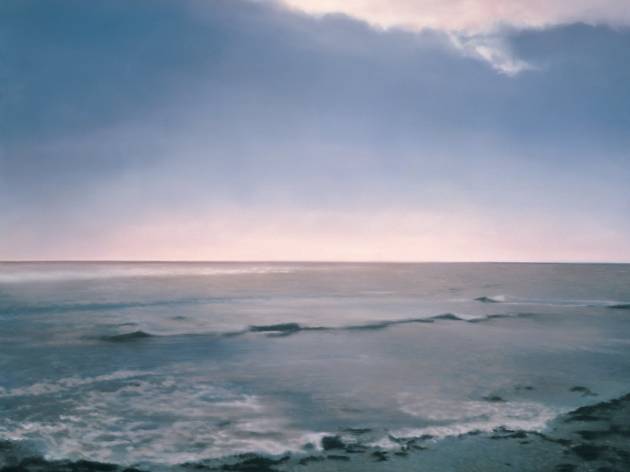 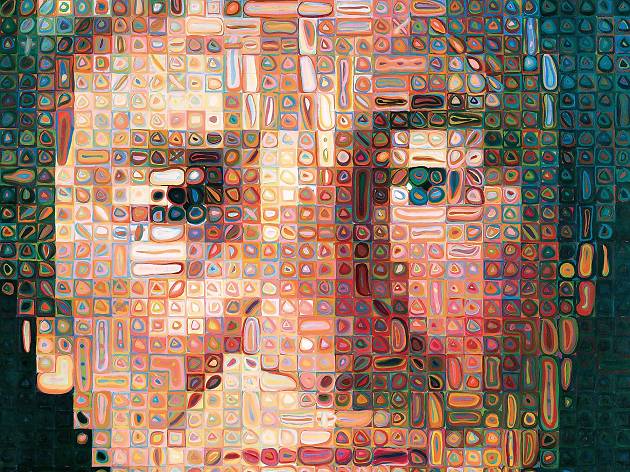 This exhibition of works from the 1960s and beyond features American pop and minimal artists, as well as the work of key figures exploring the human form as subject. Featuring works by artists from the Doris and Donald Fisher Collection, including Chuck Close, Philip Guston, Donald Judd, Sol LeWitt, Roy Lichtenstein and Andy Warhol, among many others, this exhibition offers deeply relevant and differing lenses through which to consider the role of artists in society. 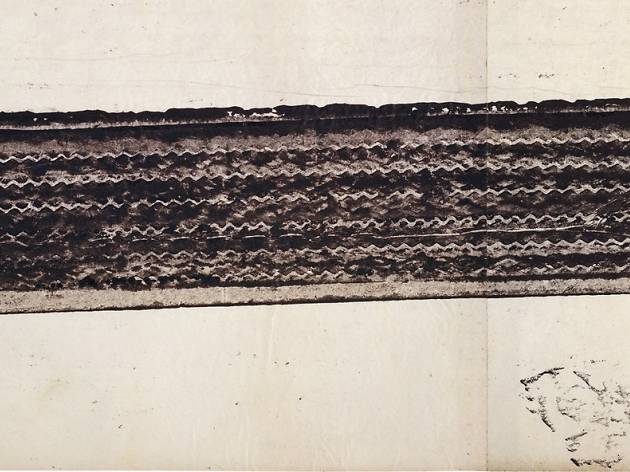 Organized as a series of chapters, this exhibition focuses on revolutionary ideas, geographical centers, individual artists and relationships between artists. Together, the works in Open Ended explore the complexities and even contradictions of modern and contemporary art, suggesting new interpretations of the museum’s collection, and examining the passions and beliefs that have spurred artists’ creativity in a rapidly changing world.