Hotel bars these days are on par with the best single malt whiskey bars. You may hold the misconception that these hotel bars are pricier, but they can actually be cheaper if you go during happy hour or takea dvantage of their promotions. 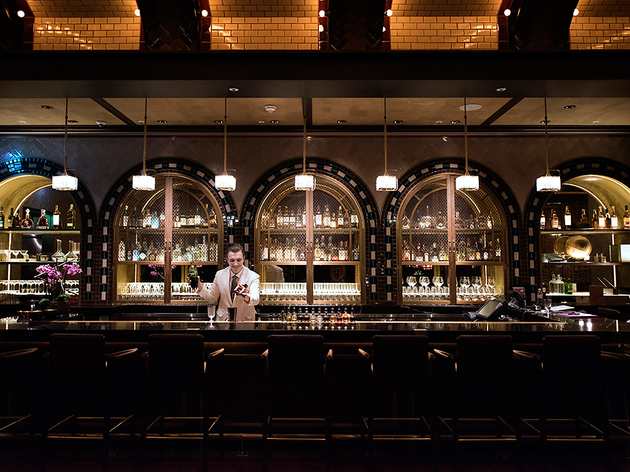 Located on the basement level of the Four Seasons Hotel Seoul, this bar is at the center of people’s attention these days. It’s a speakeasythemed bar so the entrance is kind of hard to find. (There are two bars in the hotel but to get here, head to the one in the basement.) This bar was named after the American author Charles H. Baker, Jr., who wrote about different kinds of liquors from various places, including Cairo, Cuba and Shanghai, during the Prohibition era. The Charles H bar was inspired by him and the recipes he recorded. When you open the door and walk in, the host will first ask your name and give you a glass of sparkling wine as a welcome drink, which you can sip on while you wait to be guided inside. The bar used mahogany for its elegant and glamorous interior design in order to make you feel like you went back in time to 1920s’ New York. Sitting on the couch you can get the entire view of this place, but the best place to sit is at the bar, where you can chat with the bartenders. In fact, a lot of people— especially, well-dressed couples—want to sit here. Chris Lowder, the head bartender, focuses on various recipes from different cities that Charles Baker once lived. And by doing so, he even came up with new signature cocktails. There are three different kinds of Manhattans served, each of which follows recipes from 1870, 1917 and 2002. It’s served in three glasses with the one on the right being the strongest. Another drink, Shanghai Breakfast, strikes a great 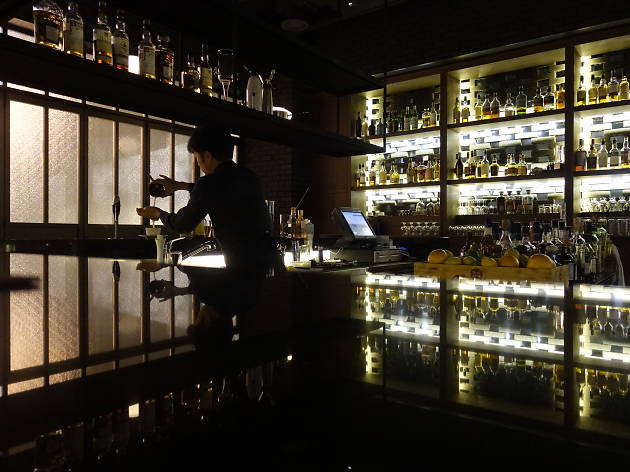 Located on the first floor of the GLAD Hotel, the bar’s name alludes to the Huckleberry Finn author born Samuel Langhorne Clemens. Going under the pseudonym, Mark Twain, the author was a notorious lover of whiskeys and the bar is full of references to the author. The menu, for instance, is the book Huckleberry Finn but has the bar’s options inside. Enjoy here several independent whiskeys that can’t be found in ordinary single-malt whiskey bars as well as drinks made by a Korean World Class champion bartender, Suh Sung-tae. When asked if we were ready to order by the bartender, my friend answered, “Do you have any cocktails that will lift my spirits? My heart is heavy. Oh, and I like cocktails with frangelico in them.” (She had shed 10 kg because of her boyfriend). The bartender stopped, as if to think, but immediately started to tinkle behind the bar to mix a drink. The cocktail came out in a teacup with white cream on top. I would’ve thought the cup contained milk tea if I didn’t know any better. I took a sip of this nameless drink and it was absolutely delicious. It was exactly the kind of drink that could rid the burdens off of your shoulders, if only just for one moment. 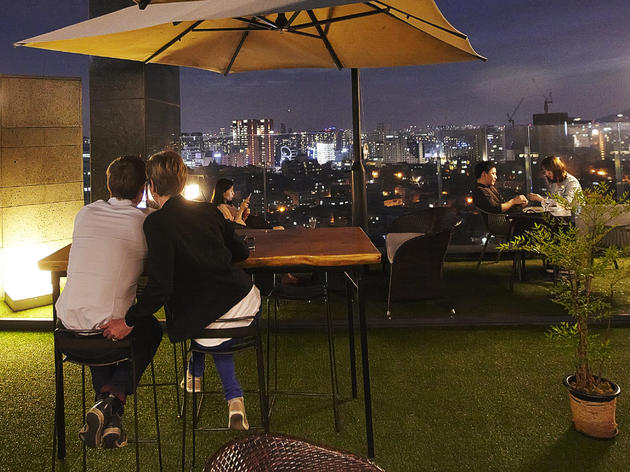 Think James Bond taking a summer night off his 007 duties. Located on the 21st floor of the Mercure Ambassador Hotel, this is Seoul bringing what you thought was only possible in Singapore or Hong Kong. Step off the elevator and into the entrance of a small greenhouse-like structure where young professionals are having dinner and a cocktail if it’s just past six. To your left, there’s a open terrace with breathtaking views of Gangnam. Take a table close to the ledge while a World Class 2014 Finalist bartender serves you a red rum and Campari “Blood Diamond” from their signature drink menu. Wow a date with a weeknight sunset, book in advance for a private party or come socialize on a Thursday or Friday. It’s swanky, it’s breezy—it’s Kloud, Rooftop Kloud. The Griffin Bar, located on the 11th floor of the JW Marriott Dongdaemun Square, is one of the most popular rooftop bars in Seoul. From there, you can look at the majestic Heunginjimun Gate as surrounded by the busy Dongdaemun area. The outdoor terrace seats during the warm seasons are extremely popular (go early to get the best seats). You can enjoy a wide variety of single-malt whiskies and about 200 types of different wines as well as cocktails that range from fruity to heavy. Especially worth noting is the Arirang cocktail with munbaeju (munbae wine), black sesame, and other traditional Korean ingredients. Another Time Out recommendation would be the well-balanced Boutique (27,000 won) drink made with gin, Campari, basil and egg whites. Other fusion drinks include the Hangang Miracle and Dongdaemun Sling, only available at The Griffin Bar. 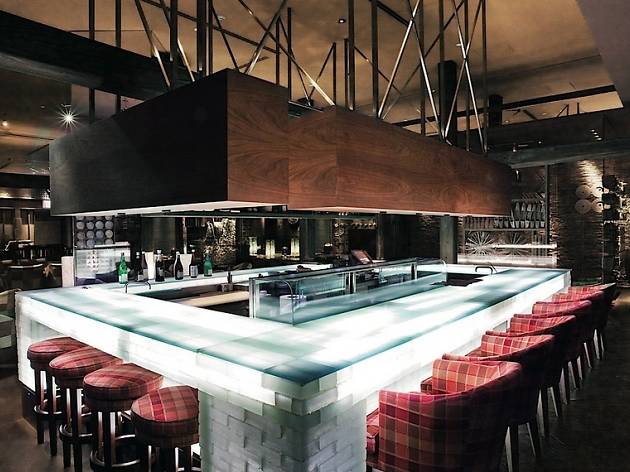 Sake and Co. at The Timber House located in the basement of Park Hyatt Seoul is one of the best places to enjoy happy hour. Famous for its live jazz performances, Timber House offers you a wide variety of drinks including sake. During their special hours from 6:30 to 8:30pm, you can enjoy unlimited amount of premium sake, beer or wine for 38,000 won per person. Except for sashimi, which is 50,000 won, most of the menus such as salmon tataki and fish with sea cucumber viscera cost about 10,000 to 15,000 won. Above all, bringing your date or having a business meeting here is a great idea as you can drink all you want at a classy hotel bar. Timber House recently started a new jazz duet that stars jazz pianist Edsel Comez and vocalist Danielle Chupak, to bring you Latin American classic jazz of the 1960s to 1980s. 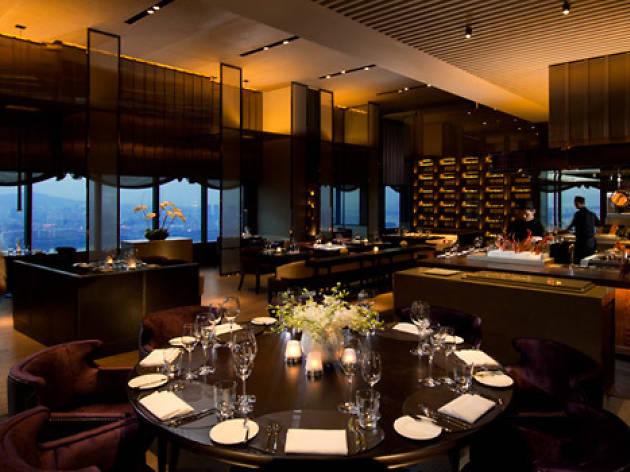 When you step out onto the 37th floor of the Conrad, you’ll see the 37 Bar on your left and a grill restaurant on your right. If you want a light drink after dinner, head to the 37 Bar, where you’ll get panoramic views of Seoul’s skyline and a straight shot of the Seoul N Tower. Every Wednesday a glass of wine or a cocktail drink is offered up for free only to women. In addition, every Thursday to Saturday from 8pm, there is a DJ performance to make your night more exciting.