Looking for an honest crust? Genuine connoisseur loafers can only take so much of the grocery store, square, pre-sliced kind before they have to break out and find a decent bakery. For the freshest and most filling baked products in town, head to our pick of Seoul’s best bread and best places for bread-heads…

Where to find perfect fresh bread in Seoul 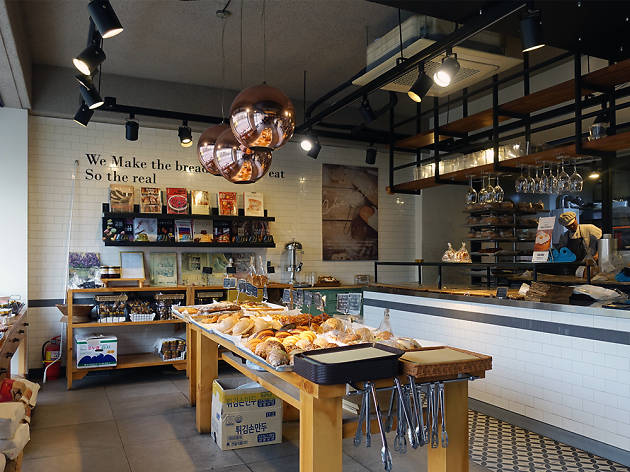 Upon seeing an elderly woman purchase a whole Ganache Earl Grey cake mentioning it was all for herself, we knew we had to try it. To our surprise, it wasn’t too sweet and all its flavors were so subtle we had to search for the ‘earl grey’ and ‘chocolate’ part — and this subtlety was what kept the forks going. The whipped cream (which was more milky than sweet), the thick chocolate ganache, the earl grey cream, bits of nuts and, finally, the crispy tart crust all come together to create a balance. Upon leaving, you might want to grab a few of their freshly-baked golden breads piled up in the center of the shop, as well. We think it’s safe to say that Chef CHO is doing something right, and the number of people filling up the pastry shop might be one evidence. 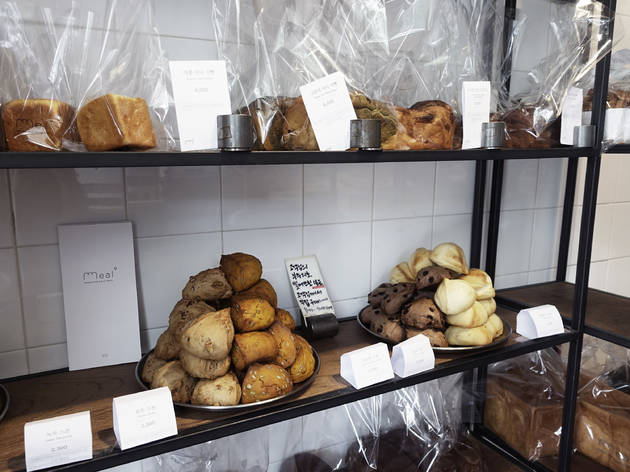 This bakery is so popular that some say that it’s not the customers that choose the breads—it’s the bread that chooses the customers. For their plain bread, they use fat-free milk instead of water and their rich bread is made with fresh cream. Their cube breads, which are stuffed with various ingredients like curry, are the most popular and the hardest to get. You have get here especially early on the weekends to buy one of their loaves of bread. 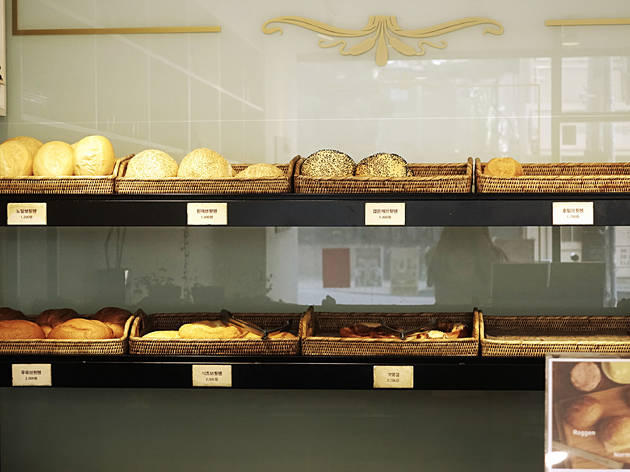 One of the things I think Seoul needs more of is good German bread. If you agree with me, you can head over to Ach so on the first floor of the Richensia apartment complex in Hannam-dong. The most popular item at this place is the brötchen, a small and light bread which is considered a staple in Germany. While of course there's so much you can with it, by simply halving the bread and adding Schinken ham and German Gouda cheese makes for a quick, surprisingly satisfying meal. The owner, who fell in love with the bread culture when studying architecture in Germany, brought back the exact formulas for making authentic German bread and hasn’t altered it for the Korean palate. For 10 years, the bakery has remained in the same spot and has become the provider of bread for Seoul-based German associations and embassy events. Despite the care that goes into them, all of the items are also surprisingly on the inexpensive side, with bread ranging from 1,200 won to 2,200 won sandwiches from 3,800 won and 4,300 won. And yes, Ach so does have pretzels! And no, they're not sweet, and they do have a good amount of sea salt on top. Along with brötchen, they're the reason why I can never just pass this place when I get off at the bus stop that nearby. 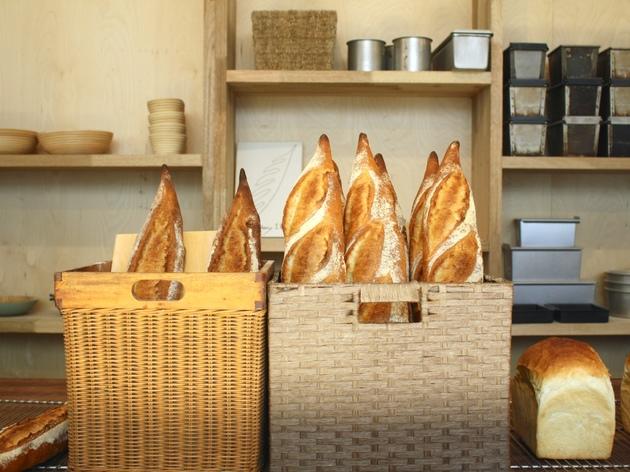 By now, Maybell Bakery has practically become a household name, with other Seoul eateries proudly advertising their use of Maybell bread and lines of locals as well as Japanese tourists spilling out of their tiny Itaewon space. Bread flies off the shelves, and they generally sell out by early afternoon. Known for their wholesome, simple baked goods, most of their breads are not only vegan but also sugar-free.Our tip: in the back alley. just minutes from the main location is a lesser-known, more spacious branch of Maybell with even more varieties of bread and a fraction of the customers. Despite his success, founder Jeong Woong (정웅) is humble, opting for the title of “Baker” instead of “CEO” or “Owner” on his business card. He opened the second location in order to try out new breads, which is why you’ll find different varieties here (the two locations also use different varieties of natural yeast). While the fig bread and baguettes fly off the shelves at the first branch, the second branch sells an array of dense and chewy rye breads, whole-wheat loaves, and our favorite, a dark grain boule with bits of dried orange. 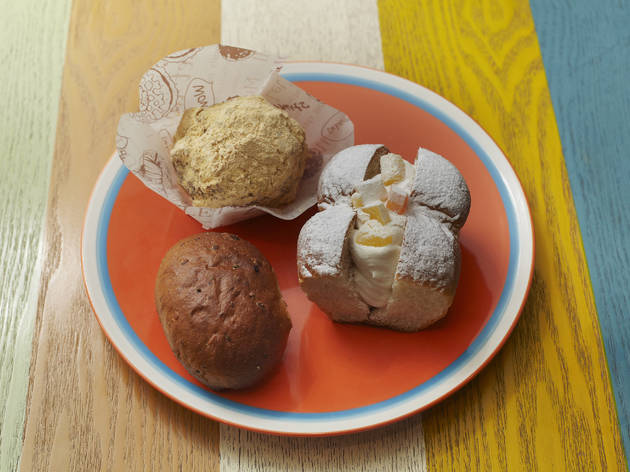 In Sinchon, bakeries are a dime a dozen and at first glance, there’s not much to differentiate The Bread Blue from any other local bakery in the neighborhood. Filled with baguettes, cakes and other cream-filled pastries, you might not notice that the bakery’s vegan at all were it not for the signs outside. Chief Manager Shin Seong-Cheol explains that some customers are even in disbelief about the fact that there’s no milk or eggs in any of their products. “Instead of topping our garlic bread with butter, we top [it] with our special rice oil. We make alterations for everything, making even vegan cream for our cream puffs.” One of the most popular breads at the moment is the potato baguette, which is topped with seasoned potatoes—making it a great, hearty meal during the winter. With several universities nearby and large, spacious seating, The Bread Blue seems a popular destination for many students to come munch on some bread and study. Shin, who originally started The Bread Blue because he knew a few children with skin atrophy due to lactose intolerance, says that the café’s equally well-liked amongst older Koreans. “They’re not really sure what it’s made out of but they just like it because it settles well with their stomachs.”