Advertising
Tired of paying too much for that watery, burnt Americano? For a country where trendy cafés are on every corner, it can seem difficult to find a good, fresh, hot cup of joe. Fortunately for us, coffee's become something of a trend in Korea over the past few years with even a few world championship baristas to its name and the coffee culture's improving. But how do you distinguish between the places that are good and those that are great? We talk to three experts, get to the bottom of that question and top you up with the city’s 10 best brews.
With so many coffee shops around Seoul, it’s not easy to categorize which should be labeled as “the best.” So, went to the experts. Each of these three coffee experts gave us a list of the 12 best coffee places in Seoul from that list we selected the ten that overlapped the most often. While there are several factors that need to be considered for the maxim as “the best” (taste, service, price, atmosphere, facilities, etc.), our first and foremost priority was taste. When exploring these coffee shops, we considered the quality of the coffee beans, whether they roast the beans themselves or not and the standards for baristas and roasters on staff. Secondly, coffee shops with drinks priced over 20,000won or ones whose space was limited to one or two people were excluded So, take a sip and put us to the test.
Our experts
SJ A Q-grader certified by SCAA CQI (Specialty Coffee Association of America Coffee Quality Institute). He’s also authored two coffee books, including one about his visit to specialty coffee shops around the world.
David G. We He's visited more than 4,000 coffee shops in about 40 different countries. He’s an editor at coffeexplorer.com and shares his own anecdotes about coffee.
Cho Won-jin A blogger A blogger who introduces different cafés under the pen name of Beirut, he writes about "coffee and culture" for various media platforms.

Everything you didn’t know about coffee 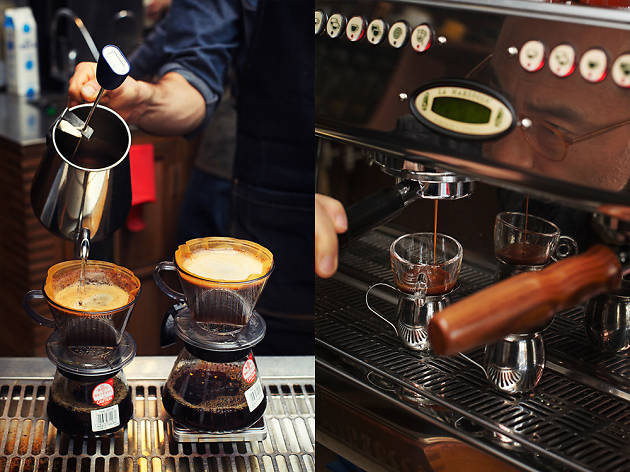 We drink it everyday, but what do you really know about it? Here’s a list of coffee terms to help you appear in the know.
Read more

A list from Time Out Seoul and three renowned experts in the coffee industry. 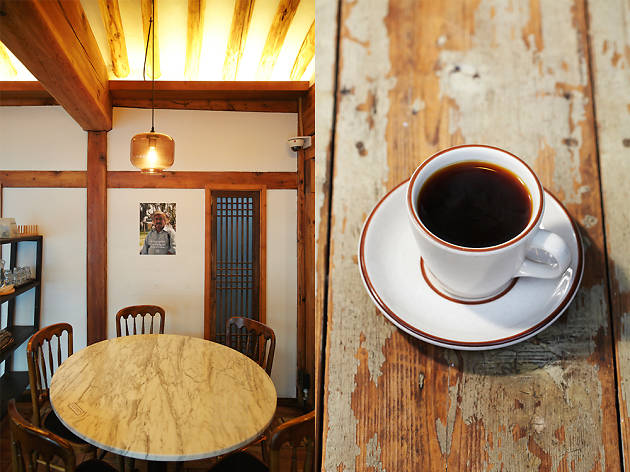 SJ They have a unique light roast coffee that has a hint of sweetness to it. They received high scores from an American coffee review site and used to export their specialty coffees to the U.S. as well.
David G. We It's one of the few places in Seoul where you can taste rare coffees such as Panama Geisha. This coffee shop that is located in the less crowded area of Gwanghwamun is definitely worthy of our praise.
Cho Won-jin Here you can taste coffee that farmers have taken the best care of. Their peaceful building, which is a renovated, old hanok, adds to the coffee’s flavor.

It first opened in 2002 right in front of Seoul National University and later moved here in 2013. They focus on the basics of coffee and use good materials for everything—from raw coffee beans to the handcrafted sauces. They offer customers a rare type of specialty coffee that costs up to 20,000 won a cup as well as blended tea and freshly baked cakes.
Read more
Advertising 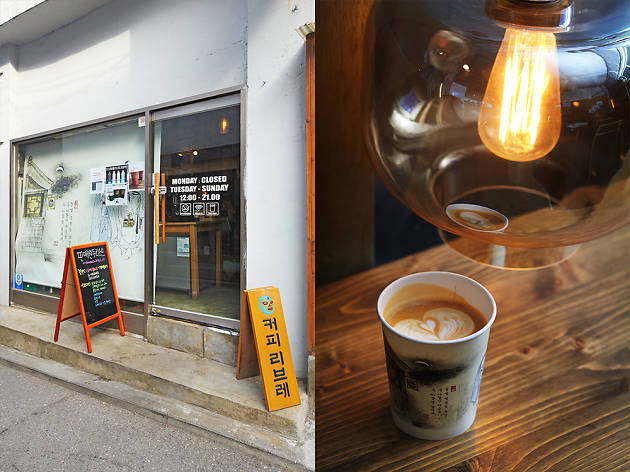 SJ A small workroom that opened in 2009 in Yeonnam-dong has a huge presence in the realm of specialty coffees in Korea. They deal with the widest spectrum of raw coffee beans for specialty coffees in Korea and conduct experimental attempts with them.
David G. We Here, Seu Pil-hoon, the first Korean Q-grader, introduces coffees he’s bought via direct trading with coffee plantations around the world.
Cho Won-jin This is one of the coffee companies that brought the concept of specialty coffees to Korea, which is often referred to as "the third wave" of the coffee industry.

Coffee Libre, which now has branches in Times Square in Yeongdeungpogu, on Famille Street in Gangnam and near Myeongdong Cathedral, was first opened in Yeonnam-dong. Every Sunday in Yeonnam-dong, customers can taste roasted single origin coffees (of at least seven variations) made with either an aeropress or French press. For basic coffees, they use their own espresso blend, Bad Blood. Every Tuesday at 8pm, they host a free public cupping.
Read more 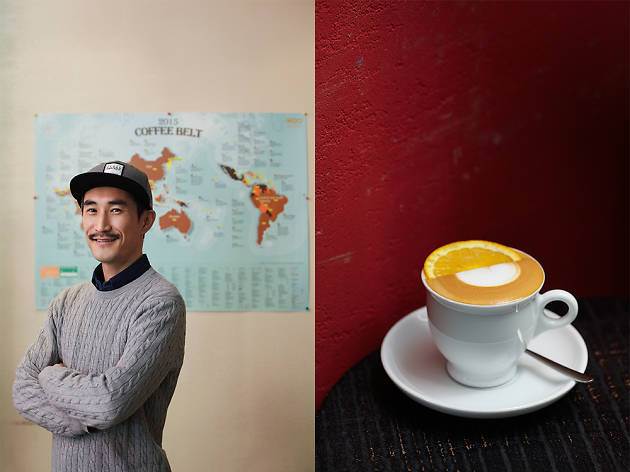 SJ Kim Sa-hong, a winner of multiple awards, is one of the four wellknown baristas in Korea (Kim Sa-hong, Ahn Jae-hyuk, Choi Hyun-sun and Lee Jong-hoon). In 2016, he was the champion of the National 2016 WWCK (World Coffee Championship of Korea) KNBC Final.
David G. We Only here can you taste Kim Sa-hong's signature coffee, tangerine cappuccino. It'll make you feel like you are getting aromatherapy with coffee and fruits.
Cho Won-jin This is where you can taste what the standard for an espresso should be. The tangerine cappuccino and yuzu Americano are also quite special.

This coffee shop, which specializes in brewing, first opened in 2011 and is run by barista Kim Sa-hong. He gets beans for variation coffees from Café Libre, which is owned by Seu Pil-hoon, as they got to know each other while preparing for a barista competition before he opened his store. He gets his beans for Americanos from Felt Coffee.
Read more
Show more
Recommended