Set in the mountains of Karuizawa, this unique property from the ’70s is crowdfunding for its preservation. By Tatsuo Iso

You don’t have to be a Tokyo architecture geek to recognise the Nakagin Capsule Tower in Shinbashi. Dreamed up by architect Kisho Kurokawa, a prominent Japanese architect who was one of the founders of the Metabolist Movement, the iconic building was completed in 1972. Composed of box-like capsules stacked on top of each other, it’s a rare remaining example of Metabolism, a post-war architectural movement that envisioned cities filled with structures that would keep growing and evolving, like living organisms.

The Capsule Tower remains a subject of fascination among architecture fans around the world, and before the pandemic, tourists could often be seen snapping photos in front of the eye-catching edifice. English-language tours were also held on a semi-regular basis.

But Nakagin isn’t the only structure conveying the legacy of Metabolism into the present. Capsule House-K, Kurokawa’s own countryside villa, was built one year after the Capsule Tower and will soon be opened to the public as a unique accommodation facility.

Capsule House-K was originally the property of the Kurokawa architecture office, but was sold off when the office went bankrupt. Kisho’s son Mikio Kurokawa, the head of  Mirai Kurokawa Design Studio, later bought back the building to make it sure it was repaired and preserved.

The villa stands in the forested hills of western Karuizawa, long a popular vacation spot for moneyed Tokyoites. Crossing a mountain stream via the 100-metre-high Karuizawa Ohashi Bridge, a winding road leads to the Mori-Izumi holiday home township, at the edge of which a distinctive building appears through the trees.

But upon arrival, the Capsule House is nowhere to be seen; only benches and simple barbecue facilities meet the eye. This is actually the rooftop – the actual building is below, one of its red-brown capsules visible through a reinforced-concrete shaft from the roof.

Descending an outdoor staircase to the entrance, we enter the shaft and soon arrive in a distinctly modern living room with warm wood paneling and complete with a fireplace.

From the entrance, pathways lead to four capsules: a kitchen, two bedrooms and a tea room. Both bedrooms are equipped with toilet-and-shower units and feature round windows with views toward majestic Mt Asama. The tea room also has a round window, but this one has a sliding shoji panel that helps the aperture blend into the chamber’s traditional architecture.

At the bottom of a spiral staircase is the master bedroom. Its current appearance dates to a 1997 renovation, but the room was originally used as an atelier and for recreation, with the easel on the wall suggesting that Kurokawa may have painted here. The master bedroom is the only part of the house that’s been significantly altered from its original design. 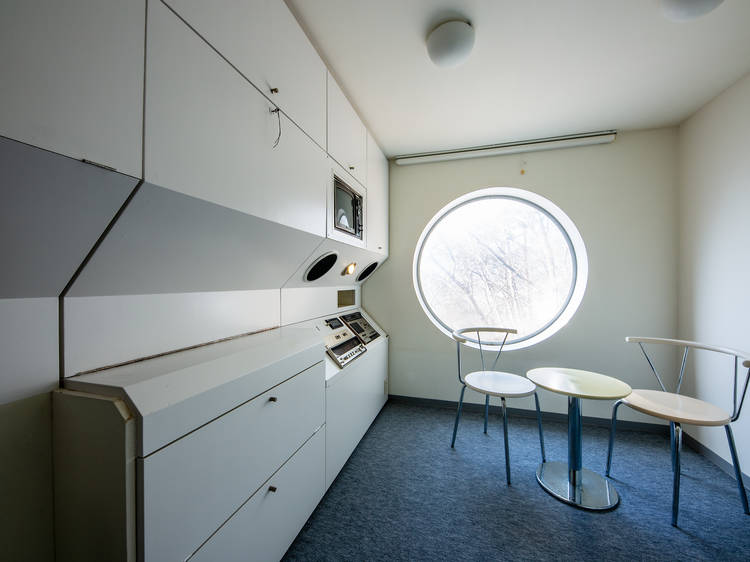 Echoes of the Nakagin Capsule Tower

There are plenty of similarities between the Nakagin Capsule Tower and Capsule House-K. The basic structure – capsules attached to a vertical reinforced-concrete shaft – is the same, though Capsule House-K’s single shaft and four capsules pale in comparison to the double shafts and 140 capsules at Nakagin.

The size of the capsules and how they are attached to the shaft is also identical in both buildings. One of the bedroom capsules in Capsule House-K features the same side cabinet with communications equipment, a foldable desk, and integrated drawers as the Capsule Tower’s cubes.

There are differences, too: the exterior of Capsule House-K’s components is made of weathering steel, removing the need for fireproof coating with asbestos. The round windows here are spherical rather than flat – a solution Kurokawa had originally hoped to employ on the larger building as well.

Opening the round windows in the bedrooms isn’t possible, but there are slit-like vents that allow air to pass through. The kitchen’s rectangular window, on the other hand, can be opened.

The main difference between the two buildings is the purpose of the capsules. In the Nakagin Capsule Tower, each cube was designed to be self-contained, equipped with everything the resident would need. In Capsule House-K, the capsules all have distinct functions, and only combined do they constitute a single home.

Capsule House-K’s surroundings also influenced its final appearance. The building stands on a relatively steep mountainside ill-suited for regular construction, but as only its shaft needed to be embedded in the ground, there was very little need for foundation work. Just as the Nakagin Capsule Tower was pioneering for urban mini-condos, Capsule House-K pointed the way for a new type of eco-friendly architecture. 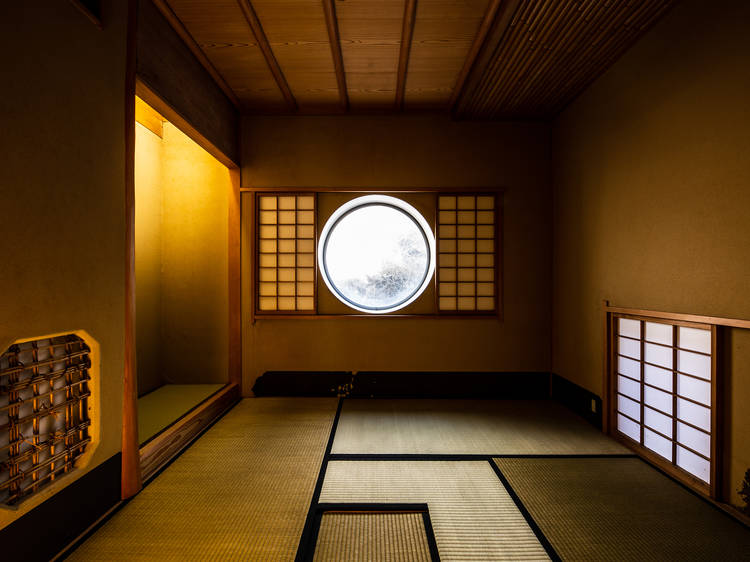 The tea room as a hint to the capsules’ origins

Why did Kisho Kurokawa decide to build a holiday home out of capsules? According to Mikio Kurokawa, his father was always looking to expand the horizons of capsule architecture. ‘While building the Nakagin Capsule Tower, he realised that the same techniques could be used for detached houses,’ says Mikio. ‘I guess building his own villa was an experiment of sorts.’

Considered sort of a Capsule Tower spin-off, Capsule House-K is actually central to understanding Kurokawa’s philosophy – the key to which lies in the tea room. The architect’s grandfather practiced the tea ceremony, and the small tea room in his house doubled as little Kisho’s study.

That early experience of space came to impact Kurokawa’s approach to scale in his architecture, and it’s no exaggeration to say that the tea room at Capsule House-K hints at the roots of the architect’s thinking.

As most of the capsules in the Nakagin Capsule Tower remain private residences, opportunities to look inside are limited. The capsules have never been replaced, contrary to what Kurokawa had envisioned, and the aging building has been slated for demolition multiple times.

That considered, the fact that anyone can soon pay to stay the night in Capsule House-K is an exciting development. The house will be available for groups of up to seven, with the one-night rate to be set at around ¥200,000.

The furnishings are in the final stages of renovation, but some repairs still need to be undertaken before the structure is opened to guests. If all goes to plan, the house will be available for crowdfunding participants to preview between mid-May and June with bookings for accomodation opening to the general public from the end of June or July. 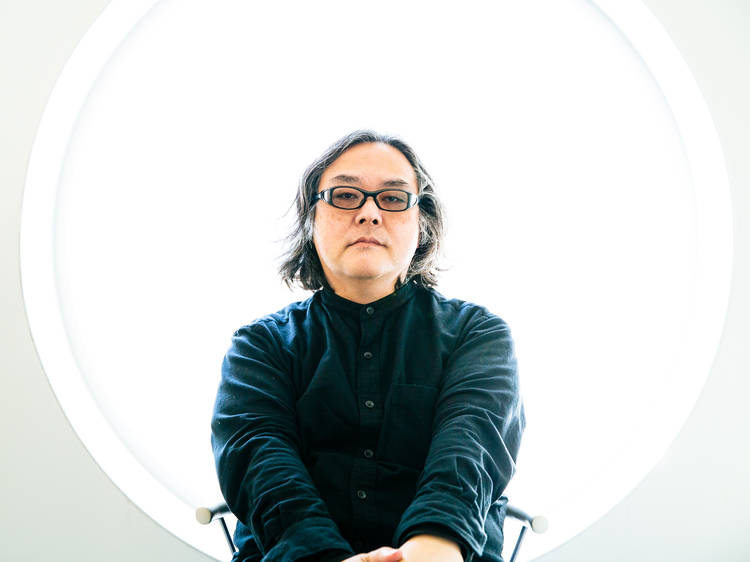 Crowdfunding the cost of maintenance

The Mirai Kurokawa Design Studio is currently in the midst of a crowdfunding drive to raise the money necessary for turning Capsule House-K into accommodation and maintaining it. Donations are accepted until May 23 and in exchange for a contribution, backers can choose to receive one of three art books: The Works of Kisho Kurokawa, designed by Kiyoshi Awazu in 1970; The Writings of Kisho Kurokawa, an 18-volume collection released in 2006; or the blueprint-based The Lithographs of Kisho Kurokawa (all books are in Japanese only). Investors will also have their names engraved on a plaque in the building, receive a discount on accommodation and be invited to a pre-opening tour.

Mikio Kurokawa says he didn’t know much about Capsule House-K while Kisho was alive. ‘I heard more about the building after my father died, decided to visit, and thought it was really interesting,’ he says. ‘I think the pandemic has revealed, to an even greater degree than before, how innovative capsule architecture really was. I’d like to share it with as many people as possible, especially young people. For that to happen, please consider backing our crowdfunding project.’

For details on the crowdfunding drive, see the website of the Capsule Architecture Project, a joint effort between the Mirai Kurokawa Design Studio and the lab of Toshihiko Suzuki. Suzuki, who was mentored by Kisho Kurokawa at the beginning of his career, is now a professor at Kogakuin University’s School of Architecture. 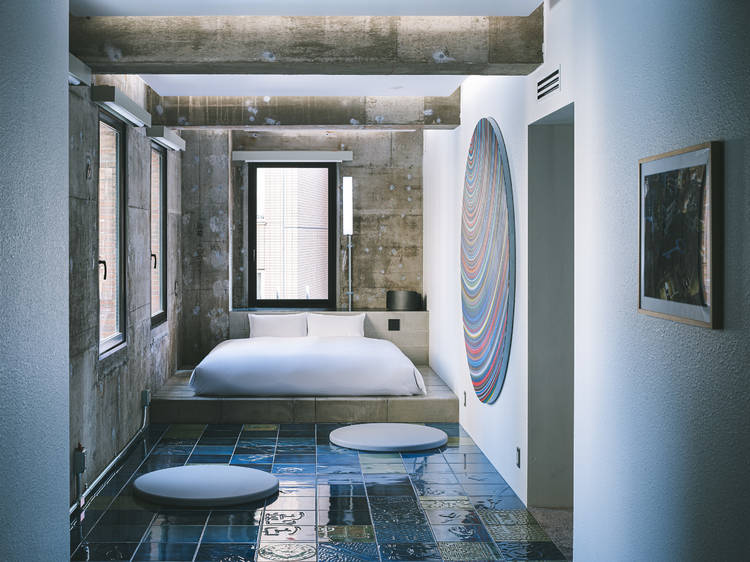 Make your stay in Japan extra special: these unique hotels blur the line between galleries and accommodation 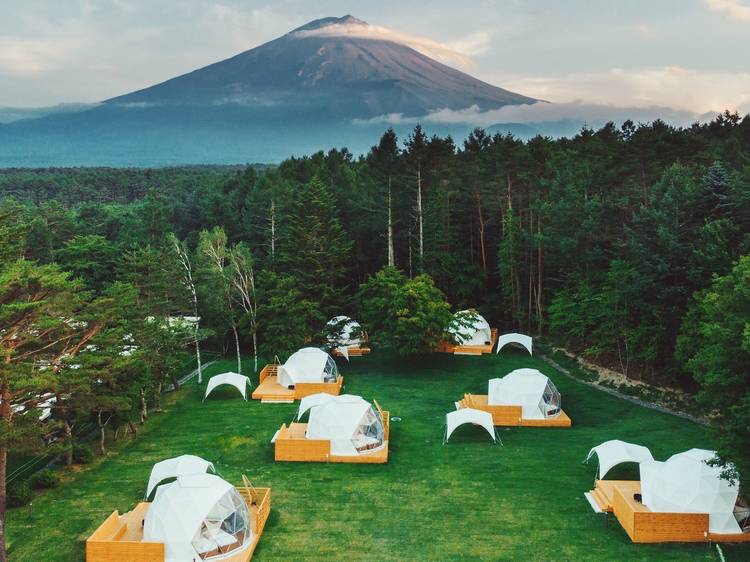 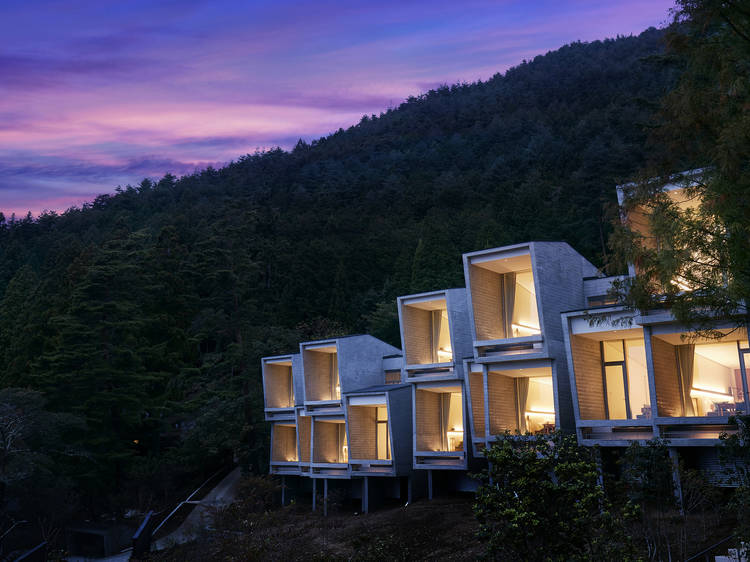 7 of the most beautiful hotels and resorts in Japan

From historical Kyoto to snowy Niseko, these cool hotels, resorts and ryokan will have you dreaming of a holiday in Japan