They're not called bullet trains for nothing: Japan’s shinkansen are famously fast, with maximum speed reaching 320 kilometres an hour. These trains are an integral part of Japan’s infrastructure, providing a safe and efficient way to get from one region to another. In fact, shinkansen are so safe that there have not been any accidents resulting in passenger injuries or fatalities in their 50-plus years of operation.

With shinkansen being so essential to boosting national economy, making them even faster is a major component in the advancement of Japan’s biggest cities. In 2015, Japan Railways Group (JR) broke the world railway speed record after the L0 Series maglev train that the company has been developing and testing over the last several years hit a speed of 603km/h (375mph). JR plans to move ahead with its record-breaking maglev by integrating it into everyday transportation for the future.

The initiative is called the Linear Project and JR is currently engineering a route from Tokyo to Nagoya and eventually, Osaka. The Linear bullet train would travel at a maximum speed of 500km/h (311 mph), meaning that the train would get from Tokyo to Nagoya in 40 minutes, or from Tokyo to Osaka in 67 minutes (the current shinkansen takes about two and a half hours). The train initially runs on wheels before gathering speed and retracting its wheels. The train is able to continue to run as it levitates roughly four inches above its guideway. It's only able to reach the maximum speed once the wheels are retracted as friction between the wheels and the track can cause the train to slip. The same technology using magnetic levitation is already in commercial use for the Shanghai maglev train which runs at 431km/h (268 mph). 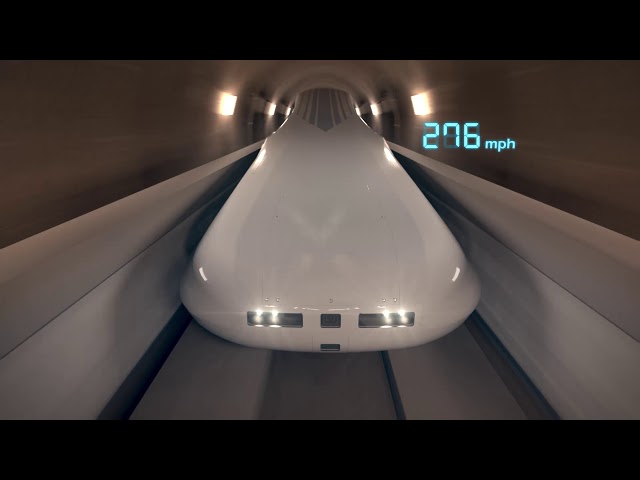 As wicked as it would be to travel between cities in less than half the time it takes now, this colossal undertaking is still years from being complete. First, JR must build infrastructure connecting Tokyo to Nagoya, which will reportedly cost ¥5.5 trillion ($50.5 billion) as 86 percent of the route will be underground to evade areas known to have stronger earthquake tremors. The route from Tokyo to Nagoya is projected to be complete in 2027, with the remaining route to Osaka finishing in 2037.

In the meantime, take advantage of these tourist discounts offered by the current transport options in Tokyo.