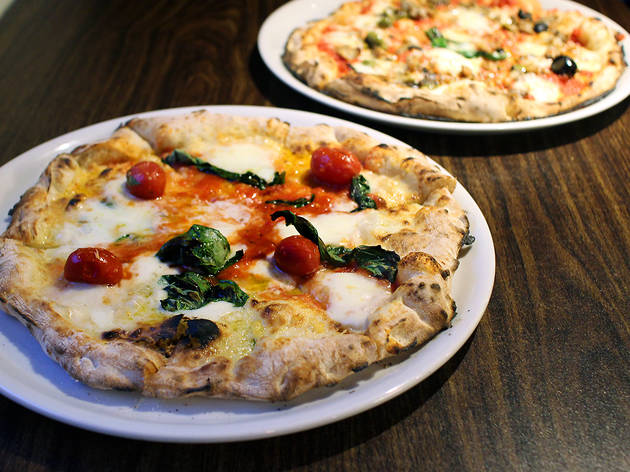 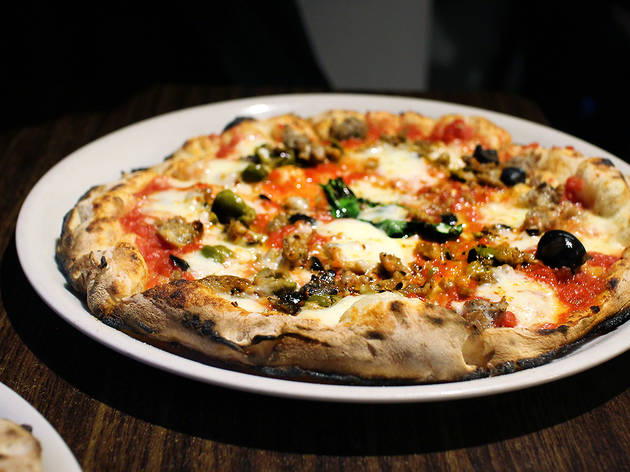 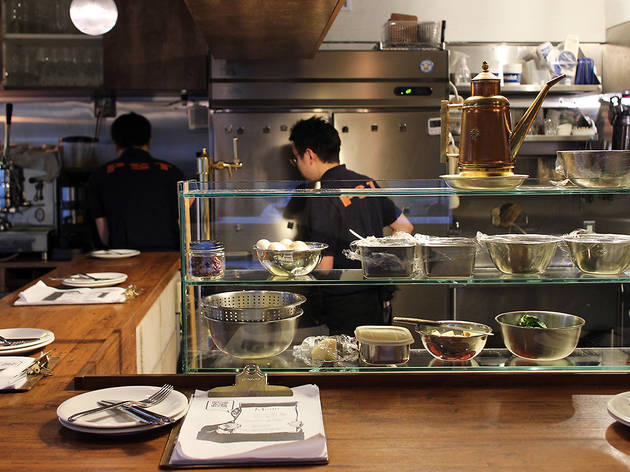 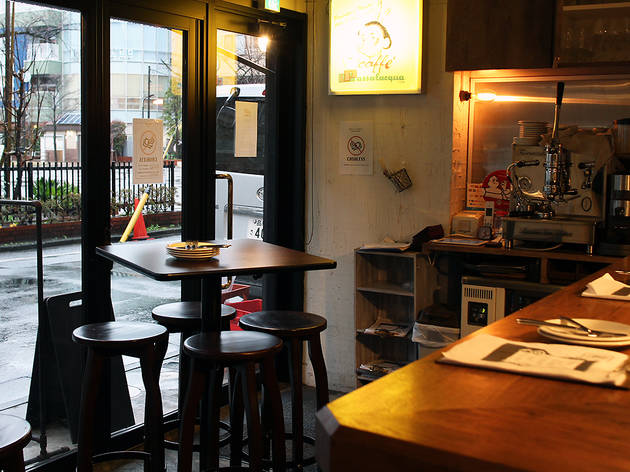 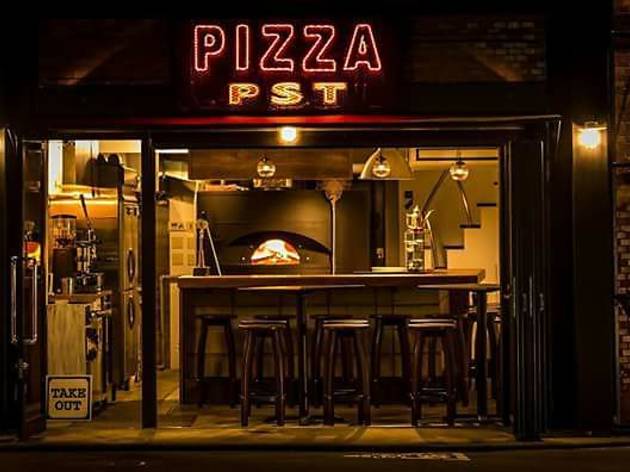 Tucked snugly into a corner by Shiba Park in Minato ward sits one of the most highly regarded pizzerias in Tokyo. Pizza Studio Tamaki, or PST as it’s called by fans, is led by Tsubasa Tamaki, who trained under lauded pizzaiolo Sussum Kakinuma of Seireinkan and Savoy.

The bases are light and chewy, sporting the characteristic puffy crust and thin centre of Naples-style pizza. They’re cooked in a wood-fired oven at a searingly hot temperature, meaning they touch the insides for a matter of moments before being delivered to your table with just the right amount of char. You notice the bases have a salty slant, thanks to the pinch of salt thrown into the oven before the pizza goes in.

There’s a ¥300 table charge, which gets you a little shot glass of extremely tasty mushroom soup, and each person is required to order at least one drink. Pizzas start at ¥1,700, but that’s not out of the ordinary for pizza in Tokyo, and you won’t regret the spend once you’ve tasted the pizza on offer here.