Fuerza Bruta has captivated audiences in over 30 countries across the globe and in August it’s Japan’s turn with a Nippon-themed spectacle. The standing-only audience can expect a visually impressive dance-rave thrill ride that merges striking imagery with techno music and aerial showboating. Check out our full coverage of the show below.

Ready to book your seat at Fuerza Bruta's Tokyo show? Get your tickets here. 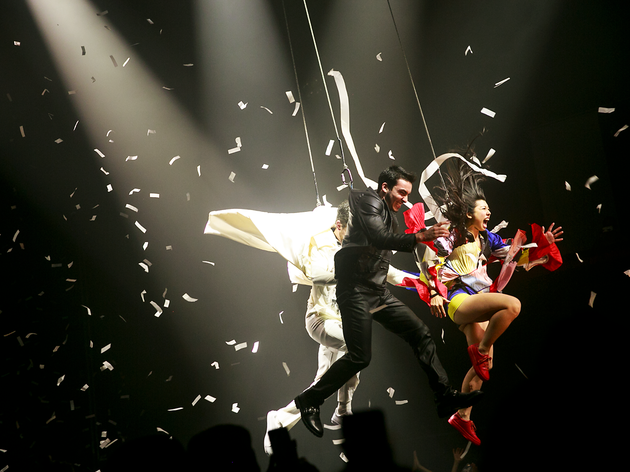 In association with WA! Japan Production Committee Japan’s very own Fuerza Bruta: WA! Wonder Japan Experience continues to wow the crowds day in and day out with its unique take on Japan. For those of you who haven’t seen the show, be prepared for an explosion of fun, in a completely mind-blowing showcase of Japanese culture from director and creator Diqui James’ unique point of view. The audience continues to be a mix of visitors and locals alike, including a special group of representatives from countries around the world. What did they think about the show? Find out here as we check in with a few of them from Greece, Micronesia and Spain. 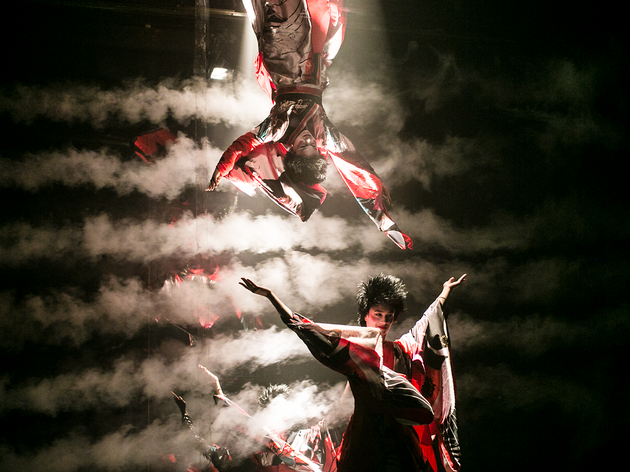 In association with WA! Japan Production Committee After a successful opening in Tokyo, the all-new Fuerza Bruta: WA! Wonder Japan Experience – which was created especially for Japan – continues to wow crowds day in and day out. For those of you who haven’t seen it already, the show is an explosion of fun, showcasing a different take on Japanese culture from director and creator Diqui James’ unique point of view. The audience continues to be a mix of visitors and locals alike, including a special group of foreign global representatives and guests from different countries around the world. What did they think about the show? We check in with a few of them from Mexico, Ireland, Greece, Russia, Micronesia and Kosovo to find out more... 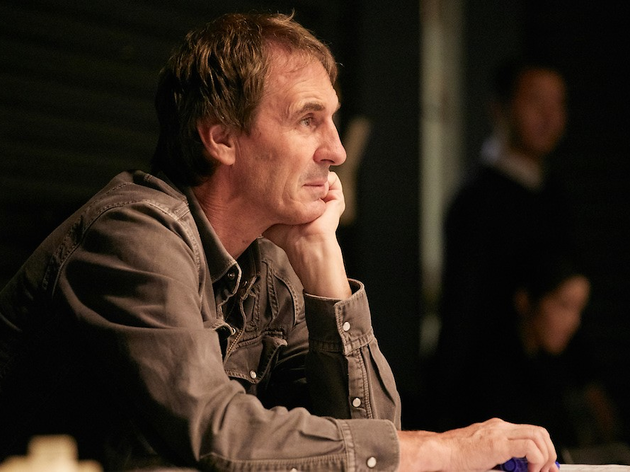 In association with WA! Japan Production Committee We chat to Diqui James, the Argentinian creator and artistic director of Fuerza Bruta, to get the inside scoop on his new show created just for Japan How has it been working in Japan and creating a brand-new show for the local audience? It's been great, it has really been a big journey for me. I’ve always been fascinated with Japan since I was a little kid listening to stories from my grandparents' travels in Japan. They would always talk about a glass bottom boat with fish underneath, puppets and geishas. Since then I’ve always had these ideas about Japan. Before the show, I came to Japan many times to visit many different places and cities as well as looking at shows and books for inspiration. The show idea is talking about our fantasies about Japan. Thoughts about what is a geisha, what is a samurai. We are not trying to make a history book. We want to show our fantasy about Japan. For Japanese people I want the show to be a physical experience – a little different from how they live every day. In South America, we are very physical and express ourselves with a lot of touching, embracing and kissing. Here, the Japanese audience is very polite. The show really moves them to a different place where you would do crazy things. I’d like to bring that experience into the audience. When did you first start conceptualising your ideas for this show? About 10 years ago I started organising ideas for the show in my own crazy w 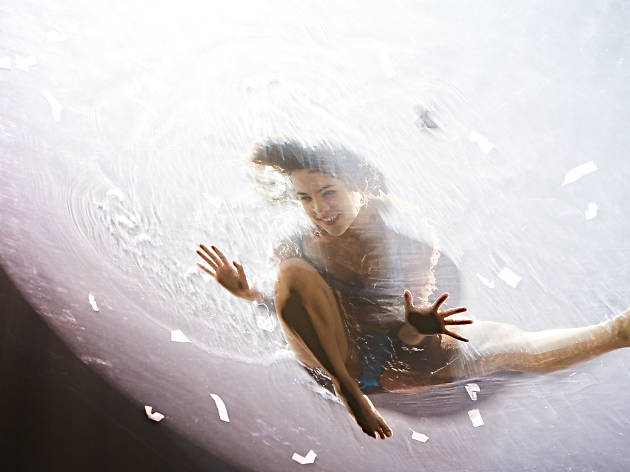 The inside scoop: Here’s what other Time Out cities thought about Fuerza Bruta

As Fuerza Bruta makes its way to Tokyo, we check in with our fellow Time Out cities on their experiences at this exciting show In association with WA! Japan Production Committee If you’ve been lucky enough to have Fuerza Bruta tour through your city sometime in the past decade, then you’ve probably heard of the crowd-pleasing spectacle that has taken the world by storm. As the much-anticipated show gets set to premiere in Tokyo this August, we couldn’t help but be a bit curious as to what our fellow Time Out cities thought of it. Here’s a quick peek from Time Outs New York, Beijing and London, who have all had a chance to experience the show first-hand. 1. New York: ‘Half techno party, half avant-garde mood piece’Having charmed NYC during its impressive nine-year run, the show ended its course last August but has clearly made a lasting impression on the Big Apple. From high-flying visuals to shirt-soaking dynamics, this multi-sensory spectacle has continued to impress New Yorkers throughout the years. So what did Time Out New York think? David Cote describes his experience as ‘half techno party, half avant-garde mood piece,’ offering unique thrills for theatregoers tired of the usual show garb. He also calls Fuerza Bruta a ‘palate cleanser’ of sorts, filled with flying stunts and exciting elements like a clear-bottomed pool that descends upon the audience. He sums up the show in a few choice words: ‘If you want to lose yourself in environmental eye candy, this is the place 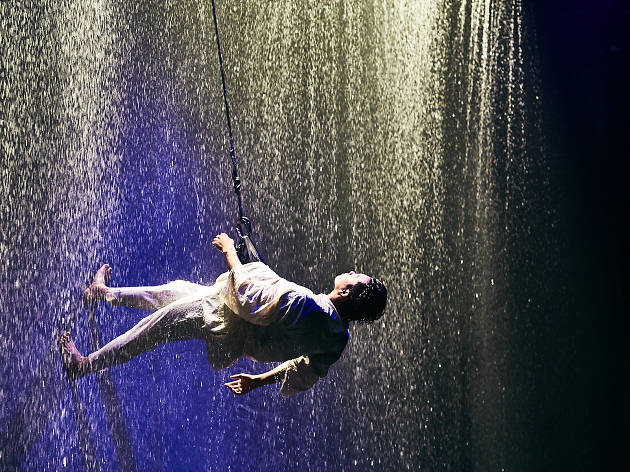 In association with WA! Japan Production Committee Join the extravaganza this August as world-renowned off-Broadway spectacle Fuerza Bruta makes its way to Tokyo with a show unlike anything they've ever done before. We strongly suggest you see the show for yourself to see what all the hype's about, but just to give you an idea, here's a quick preview of what's in store:   Ready to book your seat at Fuerza Bruta's Tokyo show? Get your tickets for August here, while tickets for the September dates can be bought here. Find out more about 'Fuerza Bruta – WA! Wonder Japan Experience' on our dedicated page 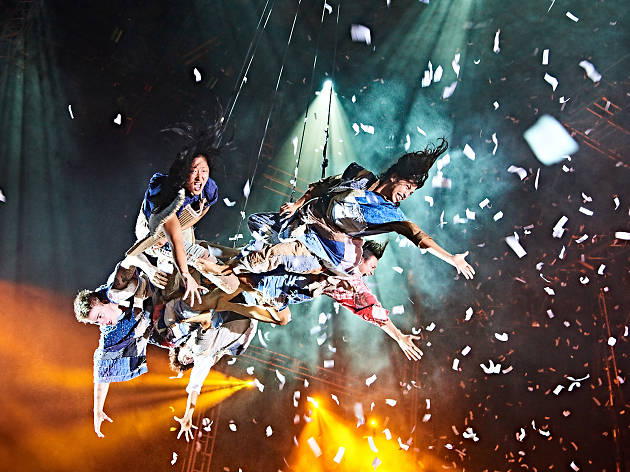 In association with WA! Japan Production Committee A long-running hit on Broadway, the spectacular Fuerza Bruta show is finally making its way to Tokyo this August, bringing plenty of surprise and suspense with it. Even if you’ve seen a Fuerza Bruta performance before, you’ll want to check out this Tokyo edition, titled ‘WA! – Wonder Japan Experience’. The latest brainchild of creator and artistic director Diqui James, it’s a brand-new extravaganza designed and produced specifically for Japan. Have we piqued your interest yet? Here are five things you can look forward to in August. 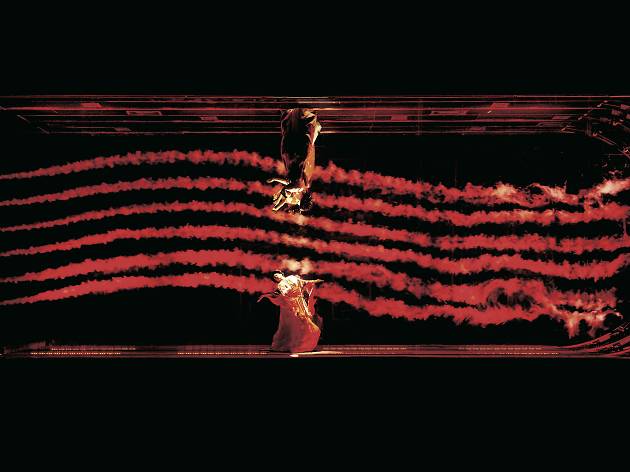 If you're looking for a bit of summer spectacle, you'll be happy to know that Fuerza Bruta, the high-energy performance group that has seen a decade-plus run just off Broadway, is coming to Japan in August with the Wa! Wonder Japan Experience. The group was born in Buenos Aires in 2002, where they adopted the name of Fuerza Bruta ('brute force') – since then, they've gone on to perform in over 30 countries around the world, wowing audiences in Japan back in 2014 with their all-standing, 'stageless' performances.  This time round, they've taken inspiration from our island nation for both the title and content of the show. WA! invokes Japanese-ness (wafu, wamono) alongside the element of surprise, and Shinagawa's Stellar Hall is getting an upgrade just to be able to accommodate Fuerza Bruta's special performance style. The ground floor will be standing room only, with the stage practically extending into the audience, while the second-floor stalls will have some seats where you'll be able to savour champagne and the like for an extra touch of fancy.  The highlight is how the performers actually use the space. They quite literally are everywhere, including in places you might not expect. Be sure to look up, as they'll be floating around in a shallow pool, casting ripples and shadows across the hall. With the second-floor seats being specially installed for this occasion, it seems that you might be able to catch the action from above as well. Top that off with wire-actio