All over the city, behind the uniformity of business suits and modest mainstream fashion, there is a melting pot of subcultures bubbling under the surface. Traditional indoctrination to conform and adhere to convention has resulted in niche outlets for people to express and explore their individuality and unorthodox interests safely within like-minded communities. And now with the internet, people can easily connect via social media and discover that whatever they are into, someone else is into it too.

Whether it’s a committed lifestyle choice, a weekend hobby or simply a one-off passionate act of self expression, almost every possible interest and passion can be openly and freely embraced in Tokyo, a city where people can be who they truly want to be.

Cosplay has cemented itself as a global pop culture phenomena, but since the term was first used in the early 80s, the hobby has evolved dramatically. Yet Japan remains at the forefront of this subculture. Advancements in cosmetics, prosthetics and materials combined with easy access to online tutorials have fueled its growth and at the same time opened the doors for specialised businesses from bespoke wigmakers to themed photo studios available to rent by the hour. While it is now possible to make a living as a professional cosplayer, the underlying ethos of self expression through fantasy continues to be its core appeal.

Fujoshi is a term for a woman hooked on yaoi or BL (‘Boys Love’) manga and anime where male characters are depicted in homosexual relationships ranging from sweet romance to the explicitly pornographic. The creators and audience are predominately straight females who enjoy fantasy relationships between handsome men, giving them the freedom to explore sexuality and sensuality and subvert typical gender roles. In addition to the wealth of original BL content (from roleplaying games and audio CDs to keychains), fans enjoy making pairings from existing non-BL works, TV show characters, even pop stars, and self-publish their own stories which they sell and trade at regular conventions.

You’ve probably seen anime characters appearing on smartphones or as nail art; however, the ultimate declaration of love for your favourite fictional 2D muse is itasha. A portmanteau combining itai (painful) and sha (vehicle), it sees owners decorate their cars with huge stickers and custom artwork featuring anime, manga and video game characters. These big investments are an extreme form of fandom; a grand gesture to demonstrate one’s devotion. The cars are proudly displayed at conventions and at weekend gatherings in the Akihabara UDX parking garage.

Punks are often seen as the non-conforming rebels of society. Considering that many Japanese companies designate acceptable hair colours and revealing a small tattoo can even get you banned from a gym in Tokyo, sporting a shaved pink mohawk and some facial piercings is an incredibly bold statement to make. Hence this small, tight-knit tribe tends to stick together, rarely spotted outside the live houses scattered across western Tokyo. In recent years, punk aesthetic has become popular among mainstream pop culture and fashion, thus it could be difficult – confusing even – when it comes to identifying the real deal from the ‘trendy fashion punks’. However, a customised ‘battle jacket’ and a body covered in tattoos are signs of serious long-term commitments.

K-pop has been garnering interest worldwide, but Japan’s close proximity saw the Korean wave first hit here in the early 2000s. From sentimental (or as some say, melodramatic) TV dramas to long-legged idols offering fresh sex appeal and cool fashions, Japanese fans remain captivated by an endless stream of new stars and heavy promotions like fans meet-and-greet and collectible merchandise. Shin-Okubo, Tokyo’s Korea Town, is lined almost exclusively with a mix of restaurants and shops selling imported cosmetics and trendy accessories in addition to the idol stores bursting with thousands of unofficial goods plastered with the names and faces of popular stars.

Several times a month, hardcore wrestling fans flock to see their favourites battle it out, smashing tube light bulbs over each others’ heads and landing spectacular suplexes onto nail boards and barbed wire. Certainly not for the squeamish, the term ‘death match’ first originated in the now defunct Japanese promotion FMW, which referred to a bloody match where wrestlers use extreme weapons, causing cuts and real bloodshed and leaving the participants with a body full of battle scars. Although a very niche genre, intimate shows attract a varied crowd who delight in a mix of sport, performance and cathartic aggression.

Forget fidget spinners; kendama, the traditional Japanese skill toy, has seen a boom in the last few years, presumably driven by social media. The proliferation of videos and posts about the impressive tricks you can do with the toy has demonstrated that playing with a wooden ball on a string is a lot more exciting than it sounds. Organisations like the Tokyo Kendama Team (who hosts the Tokyo Kendama Grand Prix), high school and university clubs as well as specialist shops and designated Kendama hang out spots have all forged a larger community where players of all ages and levels can get together, share tips and show off their skills.

A lively youth culture from the past is currently experiencing a small-scale revival. Since the beginning of the 80s, the takenoko dance troupe would take over the streets of Harajuku every weekend, wearing vivid costumes and performing simple, catchy moves to the music from their portable stereos. Recently, a new generation who calls themselves Kekenoko are making a new mix of art, fashion and dance. Sporting their own eccentric homemade outfits with neon splashes and plenty of shimmering satin, Kekenoko use social media to notify followers when and where you might catch them cavorting through the streets blasting out retro party hits.

Immerse yourself in Tokyo culture 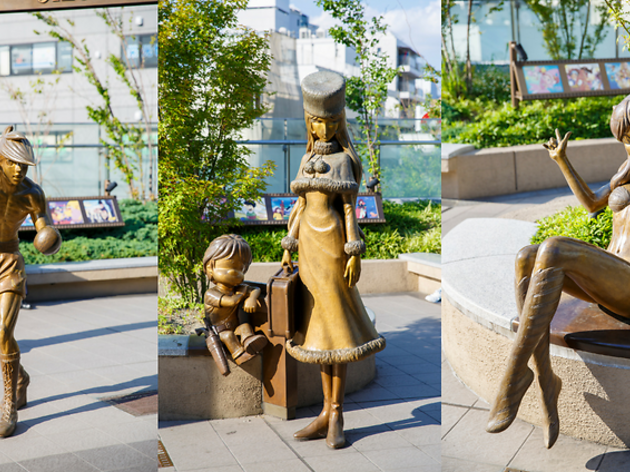 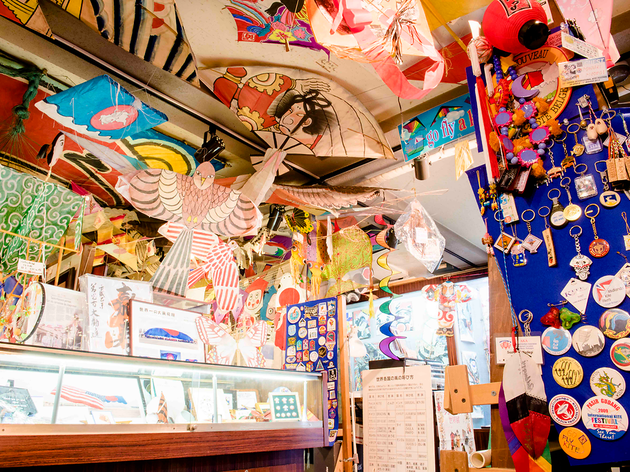 From parasites and love dolls to tattoos, these are some of Tokyo's quirkiest and most bizarre museums. Warning: not for the faint-hearted!