What's the deal with... KFC and Christmas in Japan?

It’s that time of the year again: the illuminations have gone up and the first Christmas bucket orders are being placed at KFC. Wait, what? Yes, you read that correctly: Christmas and KFC are completely intertwined in Japan.

Around December 25, families gather around the table to eat a bucket of fried chicken for the occasion – something that would be all but incomprehensible in countries with Christian foundations, where Christmas is generally, uh, fast food-free.

Orders for buckets of deep-fried drumsticks and breast can be placed from early November, and even then you’ll have to wait in the massive queues that form outside KFCs across the country on Christmas Day itself to pick one up. But why?

Turns out the entire thing can be traced back to one man: Takeshi Okawara, the enterprising manager of the first KFC in Japan, opened in Nagoya in November 1970.

The company line is that Okawara had a dream about selling a party bucket full of chicken, and started a one-store campaign to boost sales. The reason why he had the dream in the first place? He allegedly overheard an expat saying that they missed eating turkey for Christmas, and that chicken was the next best option during the festive season.

Whatever the case, Okawara's venture came to set the tone for Christmas in Japan for decades to come, especially after the winter of 1974.

The fried chicken party bucket went national in 1974 with the slogan ケンタッキーはクリスマス！(Kentucky is Christmas!), cementing the connection between fried chicken and Christmas in the minds of many Japanese.

The lack of (Christian) traditions associated with Christmas in Japan – and perhaps Colonel Sanders bearing a striking resemblance to Mr Claus, especially when given a Santa hat and a red clothing makeover – meant that birthing a new custom was rather easy.

But how big of a deal is it really? Well, apparently a third of KFC’s yearly sales big. It’s hardly a cheap experience either: the standard party box, with eight pieces of chicken, a lasagna and a chocolate cake (yes, KFC Japan does cake), is ¥4,000 when booked in advance.

To make life more convenient (and lucrative), KFC has also spread Christmas out to include the days leading up to December 25, just to be able to cope with the chicken frenzy. Considering Christmas is not a national holiday in Japan and likely never will be (unless Colonel Sanders becomes an honorary citizen), that’s probably for the best.

If you’re in Tokyo around Christmas and don’t want to queue for a KFC, best get yourself to a convenience store and just pick up some chicken there – but be warned that even those tend to sell out. Merry Kentucky Christmas!

Get into the holiday spirit here 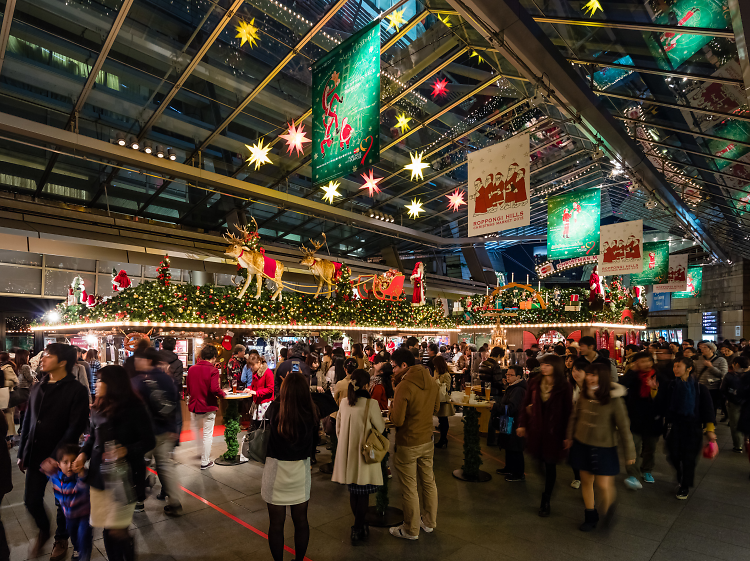 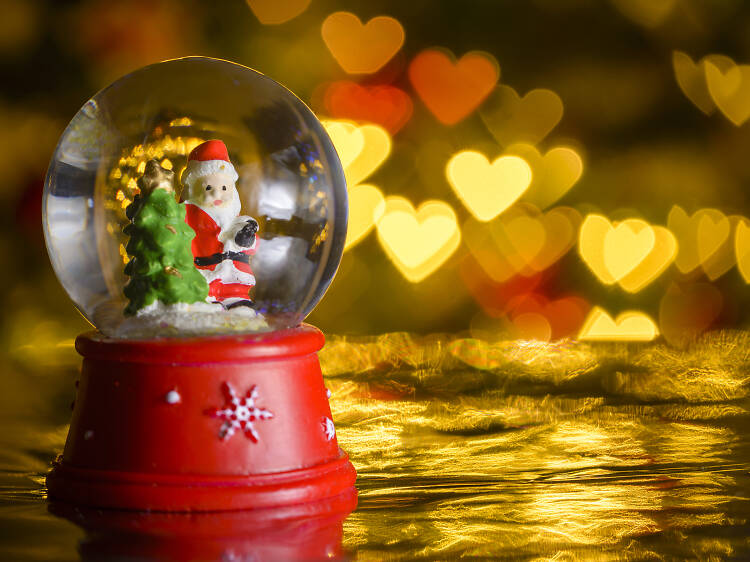 With KFC fried chicken buckets, strawberry shortcakes and romantic dinner dates – not necessarily in that order