Before you read this, ask yourself the following questions:

3. Am I reading this on my phone when I should be paying attention to the road from question two?

If you answered "no" to all four questions, you have our permission to keep reading. The Auto Insurance Center released a new study showing which counties and states are the most dangerous for pedestrians. We'd rather you not become a part of the next report, so sober up and pay attention.

According to the report, created with the latest data from the National Highway Traffic Safety Administration, Los Angeles County has (unsurprisingly) the highest total pedestrian fatalities. In fact, it more than triples the county ranked second, Maricopa in Phoenix. If you assumed that there would be a clear correlation between large urban areas and a high number of deaths, you would be... only sort of correct. While many big cities rank high on the list (San Diego, Miami, Chicago), others don't even crack the top 20 (Boston, Manhattan, Seattle).

New Mexico is the most dangerous state for pedestrians, and according to the study, the Albuquerque Journal reported that the high number may have to do with the state's affinity for booze. Between 2008 and 2011, half of all pedestrians in Bernalillo County, New Mexico who died in traffic accidents were legally intoxicated. On the other hand, the middle of the country—Minnesota, Nebraska, Iowa—hail as the safest states for walking around.

For more details on the survey (including photos of the most dangerous intersections in the country), check out these lovely infographics: 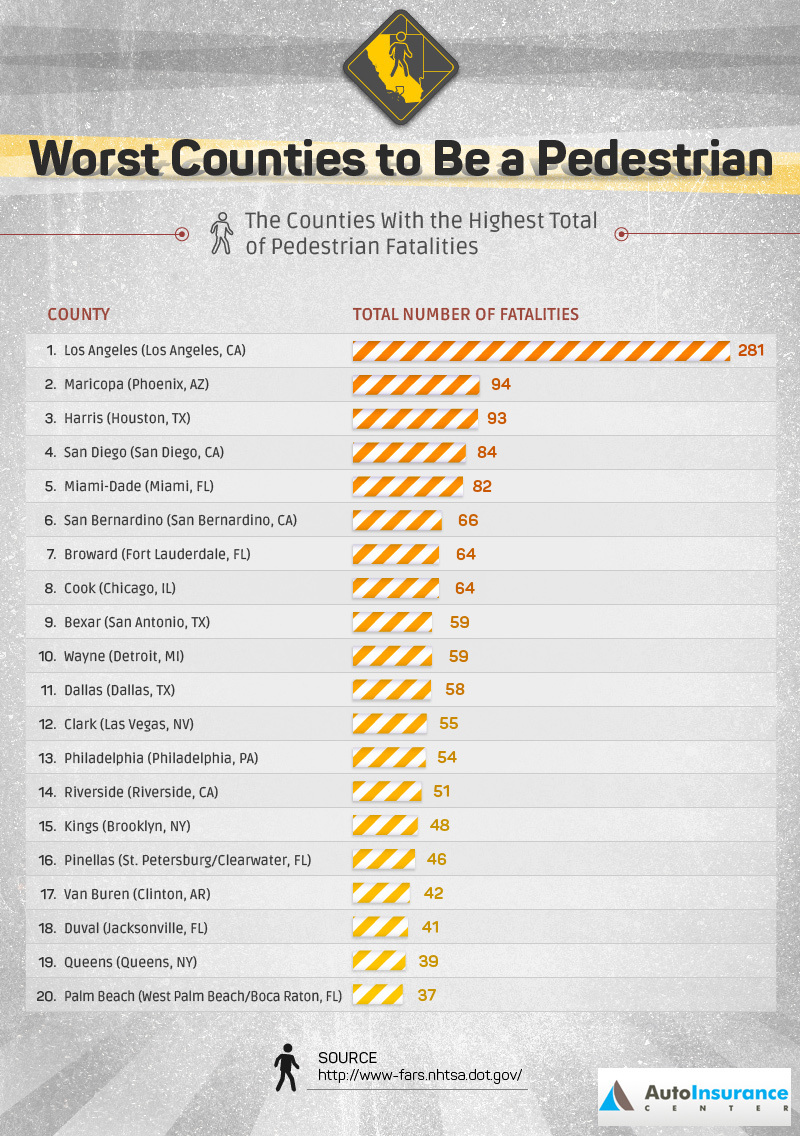