If you love black cats, horror films and all things scary, there’s no better way to celebrate Halloween than by renting one of these haunted Airbnbs for the night. While you unfortunately can’t spend the night in any of scariest haunted houses in the U.S., these homes with ghost sightings, dark histories and tons of paranormal activity are the next best thing. A few of these Airbnbs are in major cities, but most of them lie far off the beaten path—away from anyone who might hear your screams. So book your stay, cue up one of the best Halloween movies and get ready for the scariest night of your life. Not up for a trip this fall? Visit the most haunted places in the U.S. right from your couch.

RECOMMENDED: The most haunted hotels in America

Haunted Airbnbs in the USA 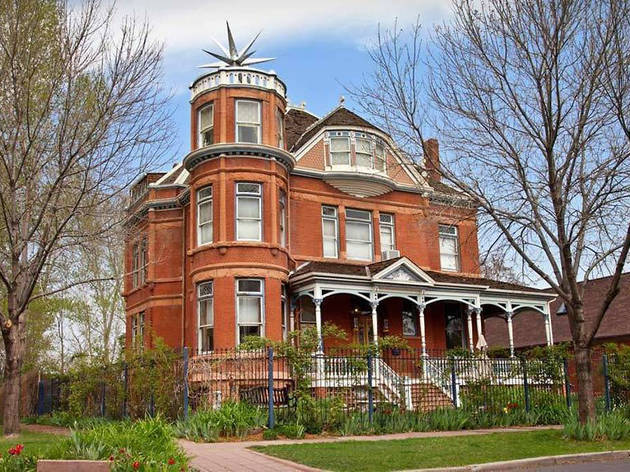 Architecture buffs will love the stately appearance of this historic Victorian in Denver’s Potter-Highlands neighborhood. John Mouat, a wealthy lumber baron, built the mansion in the 1890s to show off the wood his company sold (each room featured a different type). As the decades passed, the once-affluent neighborhood became a little seedier, the Moaut family moved away and the house was converted into apartments. One tenant, Kara Kanoch, and her friend, Marianne Weaver, were killed in the building: Police suspected the murders were the result of a burglary gone wrong, though they never caught the killer. To this day, visitors still report sightings of two female spirits in the Valentine Suite—the exact spot where both women died. From $163 per night

Discover the best things to do in Denver 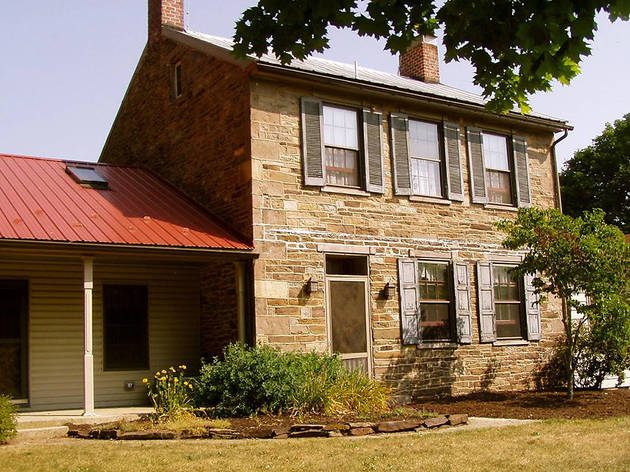 The barn and farmhouse on this historic property were used as Confederate hospitals after the Battle of Gettysburg, so you can only imagine how many ghosts have been spotted here. Prepare yourself for the possibility of seeing multiple apparitions: The host says she has seen many over the years, but promises they’re all friendly. The bedroom you’ll be staying in is also decked out in period decor to really put you in the 19th century frame of mind. From $116 per night

Discover the best things to do in Pennsylvania 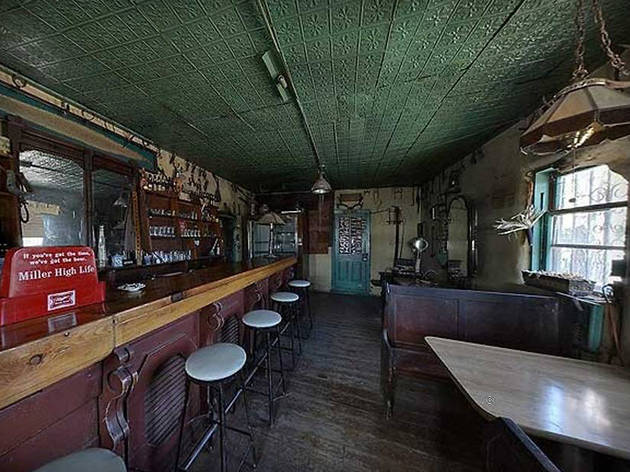 Rumors of spirits and apparitions swirl around the abandoned Old Cuchillo Hotel in the ghost town of the same name. The current owner claims to have heard a voice whisper in his ear and previous residents said they sometimes heard crackling from the wood stove when they were all alone. Brave travelers can still spend the night in the historic adobe hotel at the former stagecoach shop. Check out the abandoned saloon, general store, stables and post office during your stay—if you dare. From $65 per night

Discover the best things to do in New Mexico 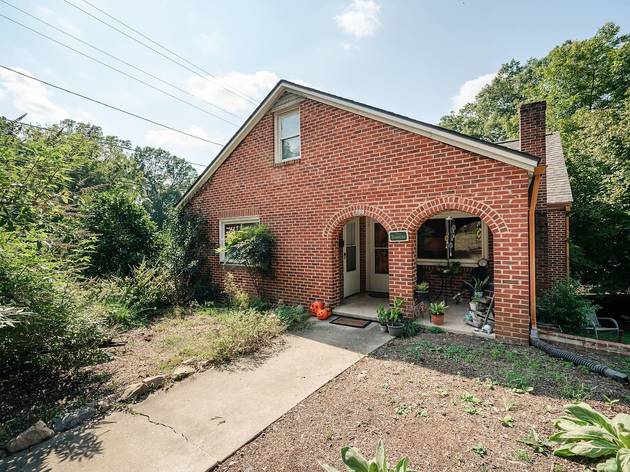 This historic house has been in the host's family for five generations, and the listing is not shy about how haunted it is. Several guests have experienced supernatural events such as footsteps in the hallway or upstairs, the hall and basement lights turning on randomly, a shadowy figure in the kitchen and dining room, glowing orbs in the living room, and even a music box that has played by itself. Though the listing assures guests that nothing unusual has ever occurred in the guest bedroom (and none of the incidents have ever been malevolent), this Airbnb is not for the faint-hearted. From $64 per night

Discover the best things to do in North Carolina 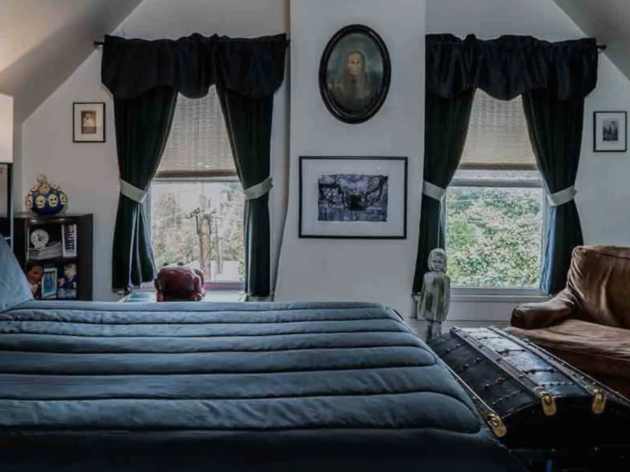 New Orleans has its fair share of haunted attractions, but not all of them are as creepy as the idea of sharing a bedroom with a young girl in a yellow dress from the 1890s. The 130-year-old Parks-Bowman Mansion promises just that. The house actually offers multiple rooms, with only one that is said to be haunted by a shy female ghost thought to be the youngest daughter of the house's original owners who was buried on the grounds after an early death (though you may or may not actually encounter her due to said shyness). From $115 per night

Discover the best things to do in New Orleans 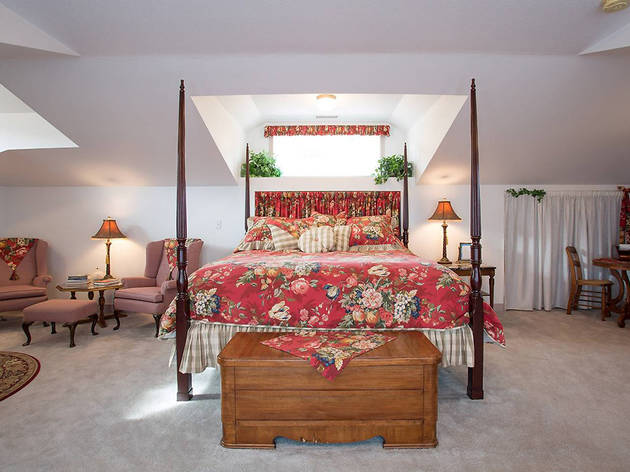 A former copper mining town, Jerome has a reputation as the most haunted place in Arizona. Two local hotels in particular have seen their fair share of spooks. The Mile High Inn and Grill once operated as a brothel and residents say that wealthy madam Jennie Banter still haunts the place from beyond the grave. The Jerome Grand Hotel also has a sordid past as the United Verde Hospital where more than 9,000 people died over the years. You can only imagine how many spirits stuck around that place. The hosts of this quaint Airbnb have even spotted a few apparitions, including a grumpy miner, a lady dressed in white and a gentleman with a top hat. From $150 per night 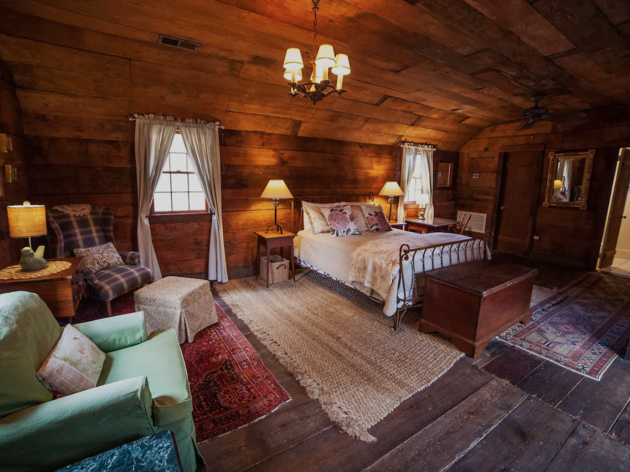 Photograph: Courtesy Airbnb
Set back in time at Laura's cottage.Located in Savannah's Landmark Historic District, you'll be able to sip a cocktail on the front porch rocking chairs while horse-drawn carriages walk by. Oh, and Laura is the name of the ghost that haunts this small, 18th-century cottage. Not much is known about the apparition, but its said that she lived there when she was alive and tended the garden. Report of paranormal activity have include opening windows and turning off and on lights. From $180 per night
Discover the best things to do in Savannah 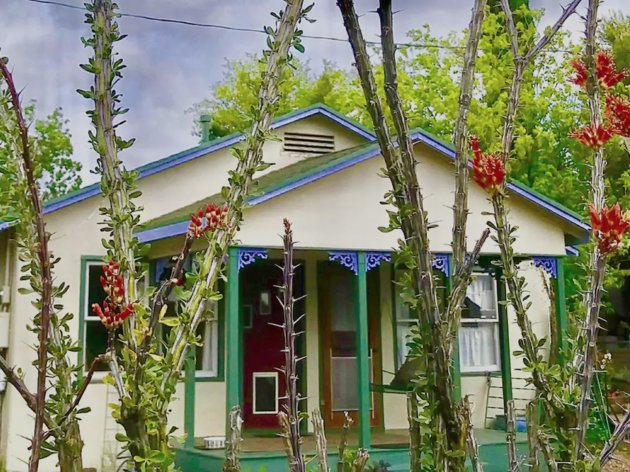 This adorable cottage in Bisbee, Arizons has all the charm you'd want out of an affordable Airbnb retreat—and some mysterious ghostly activity to boot. The listing doesn't go into much detail about what exactly haunts the gingerbread house, but repeated episodes of odd, unexplained mischief have been reported (though nothing scary or malevolent ... so far). Luckily, the place is pet-friendly, so feel free to bring along Fido to protect you from whatever awaits in Bisbee. From $65 per night 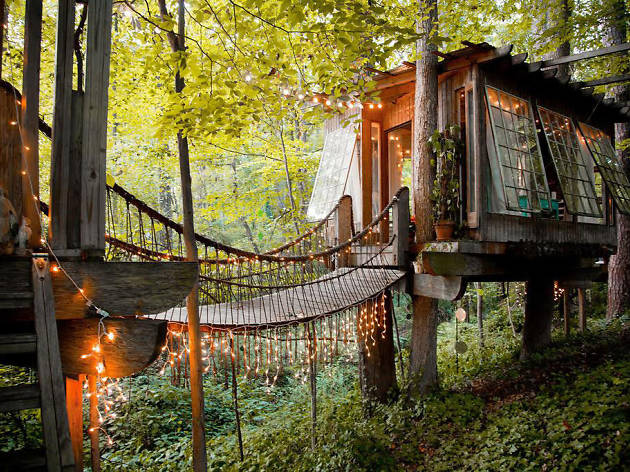 It may be every little kid’s fantasy, but we haven’t outgrown the dream of living in a treehouse nestled among the branches. 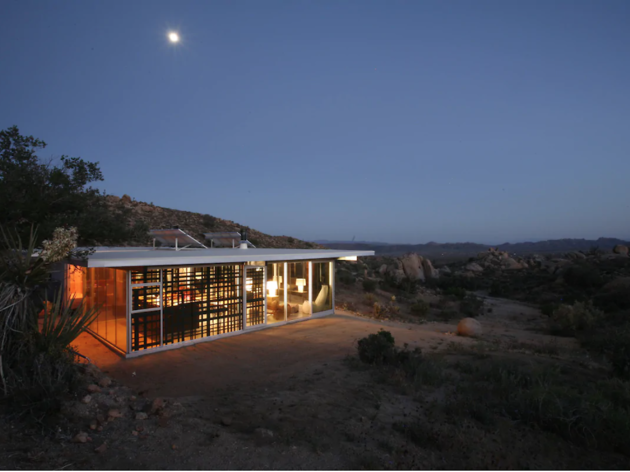 These glass house Airbnbs might be near civilization, but they feel a world away.