What’s the deal with Yppenplatz and Brunnenmarkt?

Vienna’s 16th district, Ottakring, lies between the traffic ridden Gürtel (ring road) and the wooded green lung of Austria’s capital. Traditionally an industrial area for the Viennese working class, Ottakring has recently developed into the city’s most multicultural melting pot, containing the so-called Balkan Mile: a stretch of Croatian and Serbian cafes and restaurants. And nearby you’ll find Yppenplatz and Brunnenmarkt, a linked square and market street where you can find Vienna’s most delicious Middle-Eastern inspired cuisine. The disparate characteristics of grit and Viennese grandeur give this corner of the city a particular charm, and have increasingly attracted Vienna’s creative crowd to the area some call Brunnenviertel. Immerse yourself in the boisterous atmosphere of the Brunnenmarkt before hopping on a tram and escaping to the hills of Gallitzinberg for a breather.

The bustling Brunnenmarkt is Vienna’s largest food market – even bigger than the famous Naschmarkt. Don’t even try to resist the temptation to pick up some of the most inexpensive and tasty treats Vienna has to offer: falafel wraps, kebab sandwiches and cheese- or meat-filled börek are popular choices with locals.

Be sure to check out the programme at Knust Tankstelle, a space featuring regular exhibitions by local and international artists.

Take a right at the bottom of Brunnenmarkt and wander along the vibrant Thaliastraße, where you can pick up some unusual and unique souvenirs to take home — the Humana charity shop is a great choice for clothes.

When you’ve explored the area, catch a tram west towards the hills of Gallitzinberg, at the other end of the Ottakring district. Here you can climb the Julibiäumswarte, a 31-metre high tower providing incredible, unobscured panoramic views of the city — to the slopes of Kahlenberg and beyond on one side, and across the lush hills of Lower Austria on the other.

Named after the revered Mexican artist, Cafe Frida, located at the far end of Brunnenmarkt, serves up delicious, Turkish-inspired breakfasts until 5pm.

Try Israeli restaurant Mani, in the lively square of Yppenplatz: its hummus is legendary.

If you’re visiting in the sweltering months and craving something cooling, head to Summer Samba. Among the traditional vanilla and chocolate ice creams, there are intriguing exotic flavours on offer, including caju: a fruit which comes from the same tree as the cashew nut, known for its divisive acidic taste.

Sip a cocktail on the rooftop at WIRR as the Brunnenmarkt buzzes below, or grab a glass of Austrian wine and mingle with the locals at Club International, one of Yppenplatz’s longest running establishments.

It won’t take long for you to spot the bright yellow cans bearing the Ottakring district’s name. A tour at the Ottakringer brewery is a chance to learn about the history of beer in the city – and, of course, to sample Vienna’s most famous beverage.

Heurige, traditional Austrian wine taverns, are a great introduction to Viennese drinking culture and Ottakring is home to the city’s oldest, 25 minutes’ walk to the west of Brunnenmarkt. Dating back to 1740, 10-er Marie is one of the district’s most cherished hangouts. In the summertime, the courtyard bursts with life and when the weather turns cold, punters gather in the rustic cosiness for mugs of glühwein.

How to get to Yppenplatz and Brunnenmarkt

Thailiastraße is the nearest U-bahn station (line U6) – from here it’s only a five-minute walk to Brunnenmarkt, with Yppenplatz at its north end. If visiting the western parts of Ottakring, including the Julibiäumswarte, you’ll need to get the 46 tram from Thaliastraße and then take the 46b bus to Savoyenstraße — from here you can walk.

Turn right at the bottom of Brunnenmarkt and cross the Gürtel and you’ll find the long-gentrified district of Neubau. Up-and-coming Rudolfsheim-Fünfhaus is to the south and suburban Penzing, home to the Museum of Technology, lies to the south-west.

Discover more things to do in Vienna 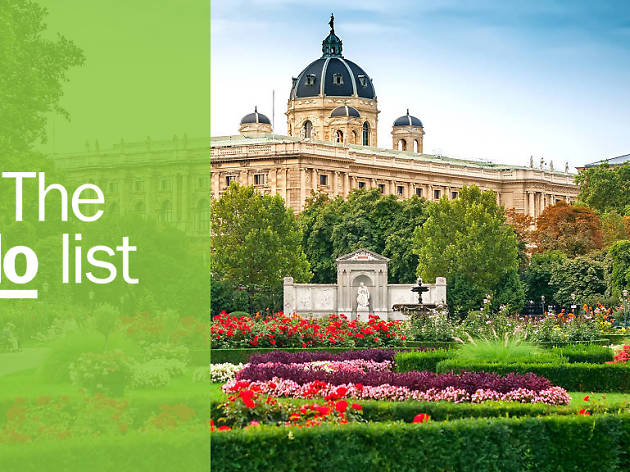 The Austrian capital makes for a brilliant escape with world-class attractions, restaurants, hotels and cultural institutions.