Offering a clear abundance of fun things to do (must-visit attractions! Delicious restaurants! Eye-opening museums!), Washington, D.C. is an ideal destination for a week-long vacation. Alas, most travelers don’t have the luxury of time. Worry not! We’re here to help. Check out our handy guide to spending 48 hours in D.C., offering the ideal and most efficient itinerary to explore the American capital if you’ve only got two days at your disposal. Just don’t stop moving. 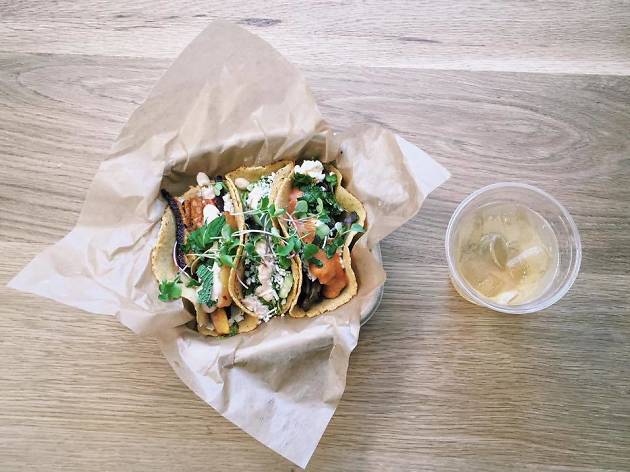 Fuel up after your travels with a delicious snack! Head to Grace Street, a quaint side street that is home to a small food hall that includes a sandwich shop, coffee shop and juice bar. The main attraction, though, is Chaia, a locally owned taco shop that sells farm-stand inspired tacos made entirely with vegetarian ingredients. The tortillas are handmade and taste far superior to those pulled from a plastic bag. 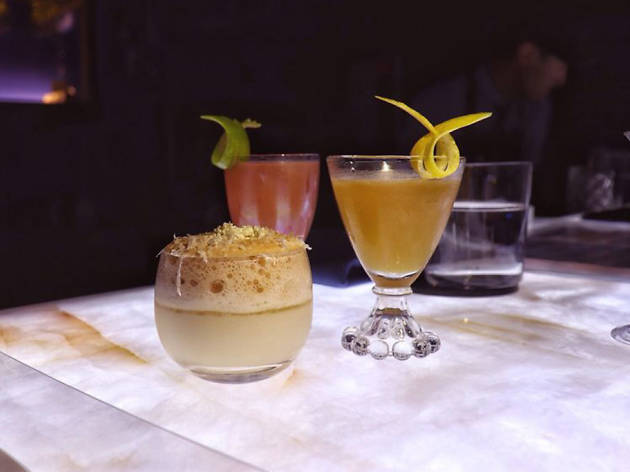 One of the quirkiest destinations in D.C. is Nocturne, the hidden bar in the basement of the Sugar Shack doughnut shop in Shaw. If you’re feeling adventurous, order the ramen cocktail made with cooked noodles and scotch-laced broth. Other oddities include savory drinks made with ingredients like avocado, Parmesan cheese and porcini mushrooms. 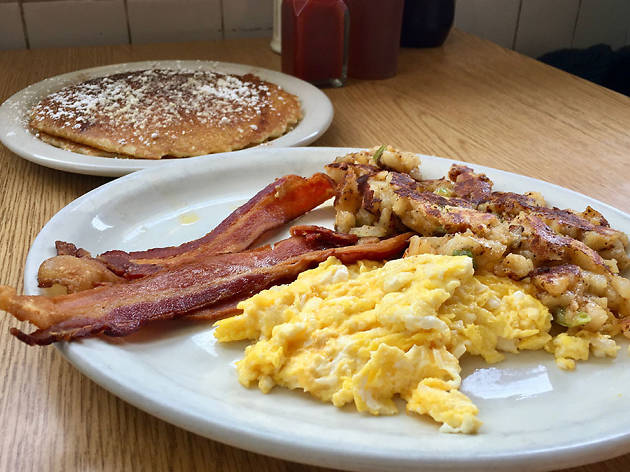 Most D.C. snobs will insist you go to a certain half-smoke slinging diner off of 14th Street, but long-time residents know that the real local gem is Florida Avenue Grill. The greasy spoon has been open since 1944 (the age is evident on some of the worn interior) and has survived riots, gentrification and natural disasters. Load up on pancakes and prepare for a full day ahead. 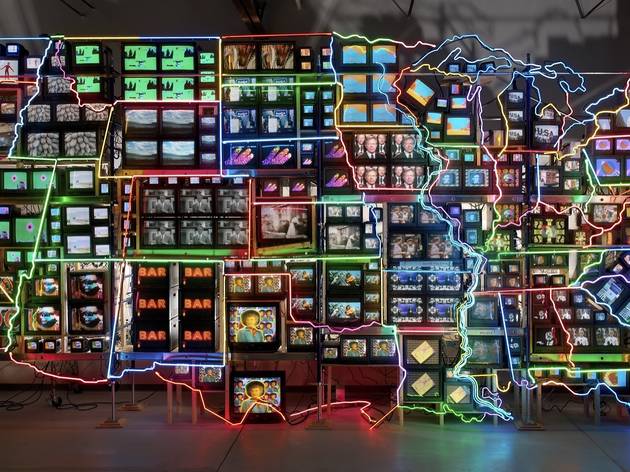 There’s no shortage of art in D.C. (See The Phillips Collection, The Smithsonian Art Museum and the Renwick Gallery.) But only one museum holds the recently unveiled portraits of Barack and Michelle Obama, along with the official portraits of other previous U.S. presidents. The National Portrait Gallery celebrates a range of notable persons throughout history. Don’t leave before stopping by the grandiose Kogord Courtyard. 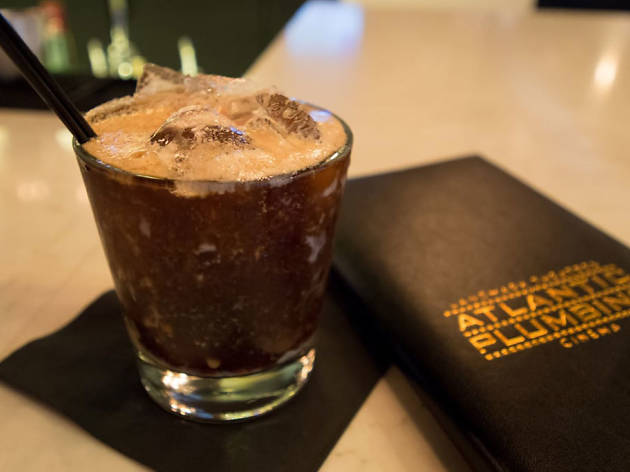 You deserve a break all that art-seeing: Head to Atlantic Plumbing Cinema, a posh movie house with reclining chairs, a full bar and a delicious-looking food menu. The plush leather seats, which you can reserve in advance, are so comfortable that you might be tempted to drift off while catching a flick. 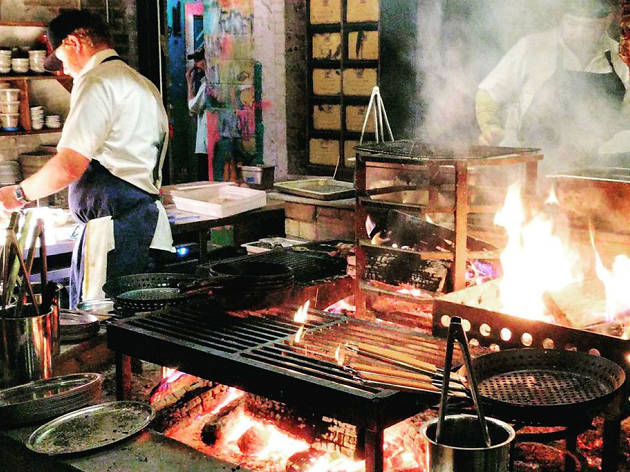 From the same team behind Compass Rose comes Maydan, a new restaurant serving dishes inspired by owner Rose Previte’s vast globetrotting. Lick-worthy bowls—dreamed up by chefs Gerald Addison and Chris Morgan—hail from such countries as Iran, Georgia and Lebano and are served with flatbread cooked to order in clay ovens. The thoughtfully designed restaurant—hidden at the end of a nondescript alley—is anchored by an enormous copper hood that hovers over an open fire. 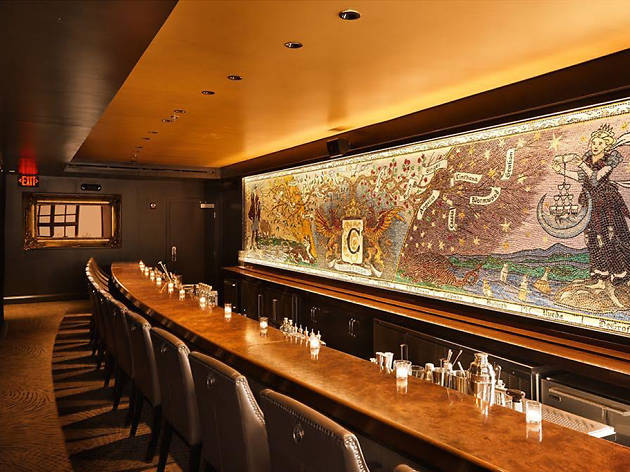 Columbia Room is a D.C. darling known for its masterfully made drinks and inventive spin on the modern cocktail bar. In warmer months, linger in the rooftop punch garden surrounded by greenery. If you can snag one, reserve a seat in the tasting room for a three- or five-course prix fixe menu. The bill adds up quickly but you won’t find such imaginative concoctions anywhere else in the city. Nay, the country: The bar recently won the coveted Best American Cocktail award at the Tales of the Cocktail. 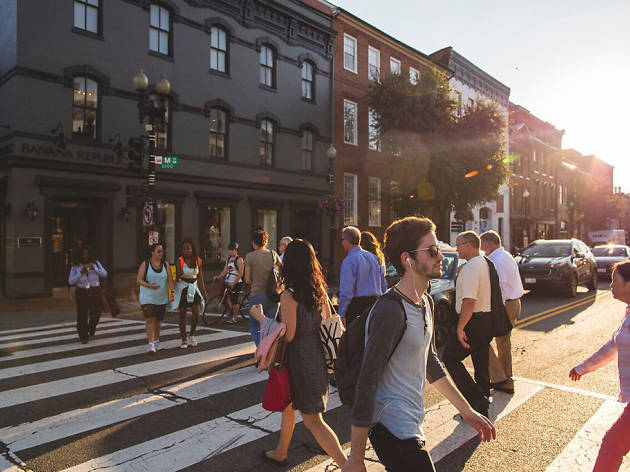 Get your legs moving again by strolling around one of D.C.’s most celebrated and historic neighborhoods, Georgetown. Stores in the area are a mix of widely known boutiques, including Rag & Bone, Alice & Olivia and Rent the Runway, alongside locally owned favorites like Relish (contemporary designer fashions for women), Hu’s Shoes (upscale footwear) and Ella-Rue (a discerning consignment shop with top-notch second-hand threads). 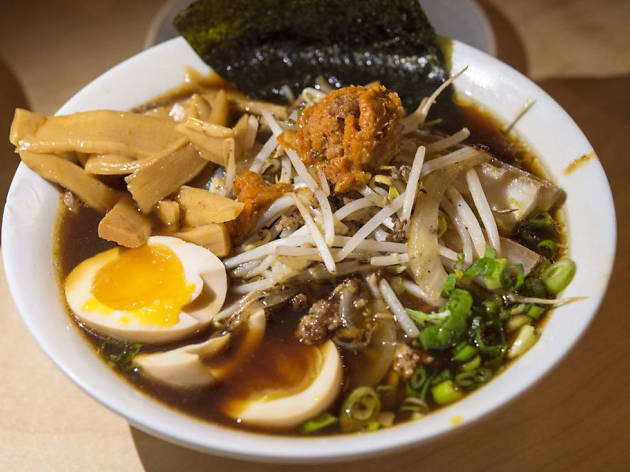 You’re probably hungry, so grab a heaping bowl of ramen at Haikan, a trendy noodle joint in Shaw from the same team behind Daikaya. Though the pork-rich broth is a draw, don’t overlook the veggie option, which is as flavorful as meat-laced versions of the meal. A large sake selection makes for a fun time, as does an inventive cocktail list that includes a libation called the Lumpy Space Princess (rum, purple sweet potato syrup and coconut). 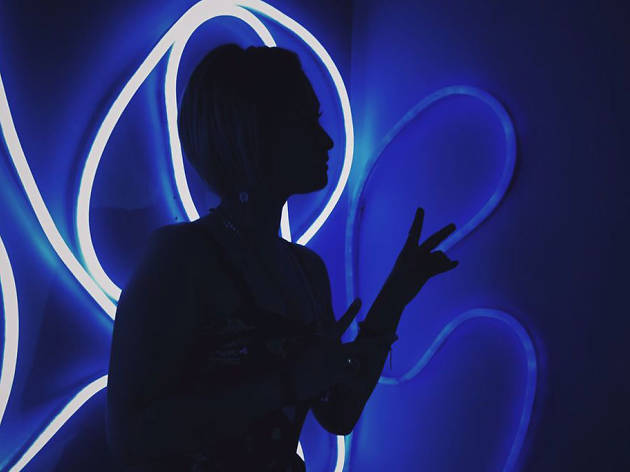 To further immerse yourself in the city’s art scene, head to Artechouse in Southwest D.C. The trippy blackbox gallery hosts rotating exhibits that blend futuristic technology with interactive games. Also expect a bar that serves cocktails that match the theme and often includes a virtual option that, when viewed through the Artechouse app, comes to life.