With festivals taking place almost every weekend, there are always things to do in Austin. But even the most die-hard wristband collectors among us need a break from the city we love. If you don’t have time to take a full vacation, carve out 24 hours for a quality day trip from Austin and head to any of the fun-filled spots on this list. In less than two hours you'll discover craft beer at world-class breweries, trinkets from unexpected vintage shops, out-of-this-world BBQ and hidden swimming holes. Take your camera, too—you’ll want to remember some of the most beautiful vistas in Texas. 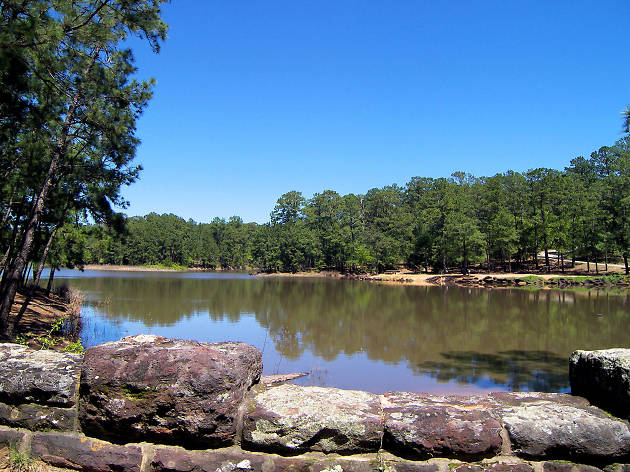 The detox starts now! Or at least once you arrive in Bastrop. This small city, less than an hour's drive from Austin, is home to the Lost Pines Spa, where you can get a massage and a herb garden salt glow before getting snap happy at the wild Dinosaur Park. Continue the nature walks through Bastrop State Park to work up an appetite, then head to Maxine's Cafe where you can eat just about anything fried. 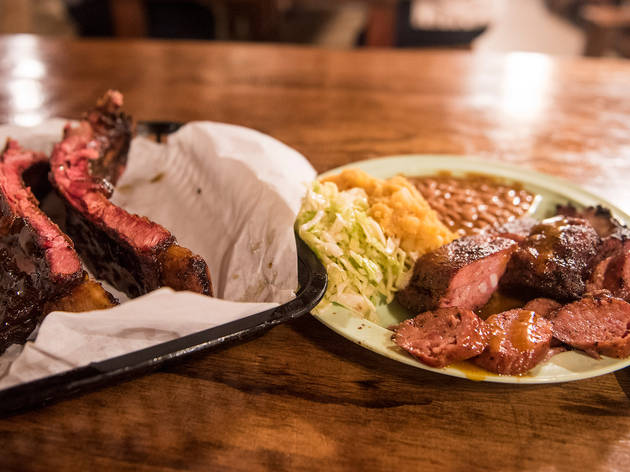 Even closer to Austin than Bastrop is Driftwood. Here you can get your sommelier on at Duchman Family Winery, which uses Texan grapes, but looks like it could be straight out of Sicily. Before you get tipsy, though, go and marvel at the vast and architecturally stunning Radha Madhav Dham Hindu Temple, where they also have peacocks roaming freely. Finally, saving the best until last, venture forth to Salt Lick BBQ, a Driftwood institution that's second to none when it comes to grilling meat. It's worth noting though that they accept cash only, so hit the ATM first. 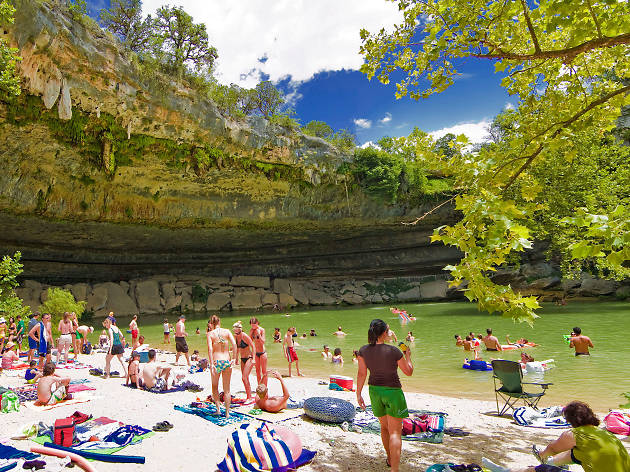 Whether you know your ryes from your malts or the differences between grapes, Dripping Springs is the place to go for a tipple. One of the things it's most famous for is the sheer amount of breweries, wineries and distilleries. Time it right and you can visit a whole bunch in one fell swoop. You've got Jester King ale, Desert Door sotol (a spirit made from desert spoon plant), Argus cider, Solaro wine and gin at Revolution Spirits, to name a manageable amount. Of course if you don't drink, you can always head on down to the gloriously verdant Solstice Gardens or Hamilton Pool. 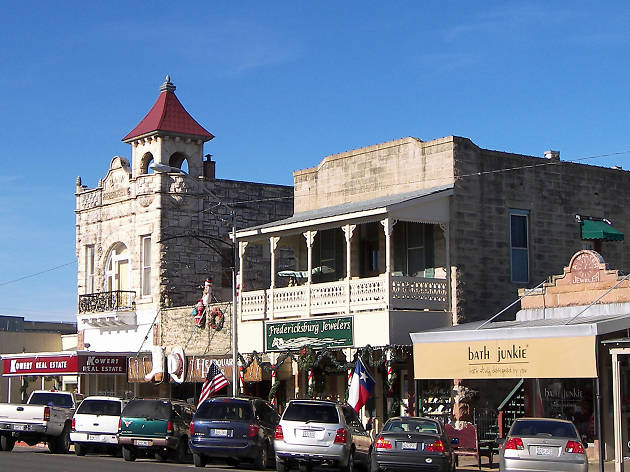 Filled with old world architecture, German restaurants and specialty shops, Fredericksburg has been drawing in Austin’s weekend warriors for decades. Start your adventure with a hike at Enchanted Rock, a massive pink granite formation located 17 miles outside of town. Then hire the 290 Wine Shuttle to drive you to a winery or four. Austin Food & Wine Alliance's Mariam Parker recommends a few of her favorites: Lewis Wines ("Doug Lewis brings some interesting Portuguese and French wines to tables across Texas"), Kuhlman Cellars ("The tasting experience is as unique as the wines created here, with a chef-prepared bite included with each of the pours") and Calais Winery ("The rosé is not to be missed!"). Finish out the day with dinner at either contemporary German joint Otto’s or New American eatery The Nest, both of which combine small town charm with a big city palate. If it’s summer, be sure to come home with a bag full of the region's world-famous peaches. 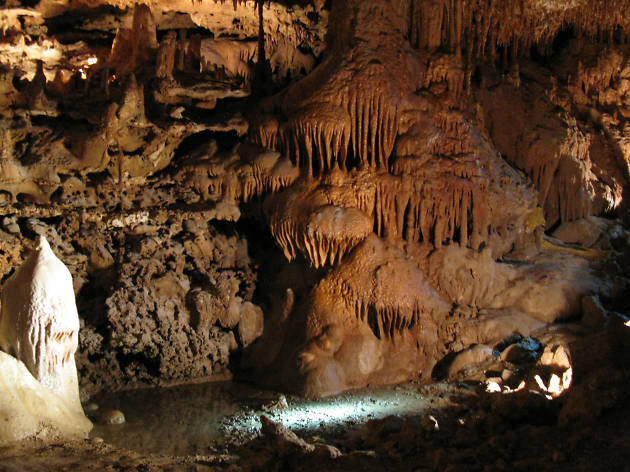 You would never know it from the highway, but Georgetown boasts a town square that makes Back to the Future's courthouse square look shabby. There you can check out one of the visiting exhibits at Georgetown Art Center, catch a matinee musical at the Palace Theatre or dine at one of the area's best restaurants, The Hollow. The highway does have at least one great attraction, though: Inner Space Caverns offers everything from guided spelunking to group tours of their stunning caves. 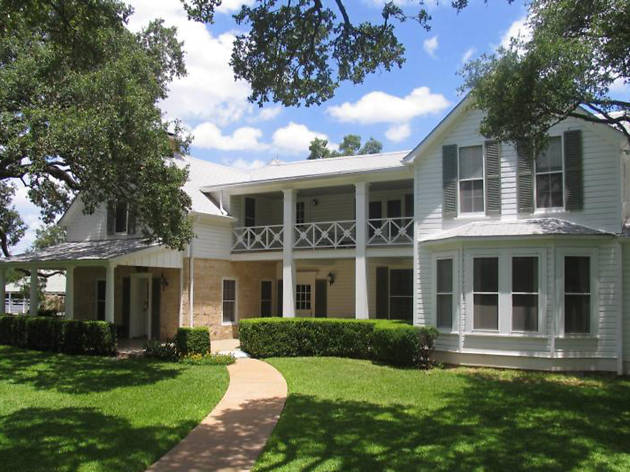 Johnson City became internationally known in the 1960s as the site of President Lyndon Johnson’s Texas White House, which has been open to history buffs since 2007. Take some of that vintage style home with you at Echo, a curated art gallery and antique store with mid-century treasures from big-name designers. If you are more of a futurist, check out the virtual body table at the Hill Country Science Mill. Either way, you'd be wise to visit during the winter holidays when almost the whole town is draped in lights from November 29 to January 1. 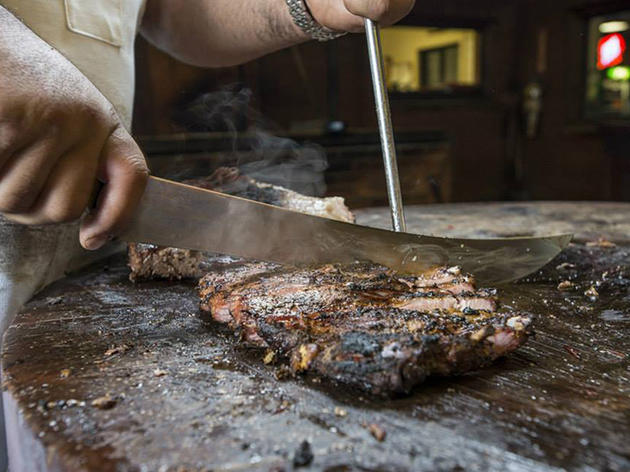 The main draw in Lockhart is its world famous barbecue, with Black’s Barbecue (get the thickly barked brisket), Chisholm Trail BBQ (the three-meat plate is Lockhart's best bargain), Kreuz Market (sausage is king here) and Smitty’s Market (which has the only good barbecue sauce you'll find in town) all vying for your brisket buck. But there are plenty of other things to do if you need a little time to digest. Swim, fish and play a round of golf at nearby Lockhart State Park, get fitted for a 10-gallon hat at Texas Hatters or snap some pics in front of the historic limestone county courthouse. Lockhart's best kept secret is its live music scene; a recent influx of Austin expats has given rise to an upswing in music-heavy venues. We love the intimate shows at Chaparral Coffee and the raucous blues jams at the Desiderata Wine Bar. 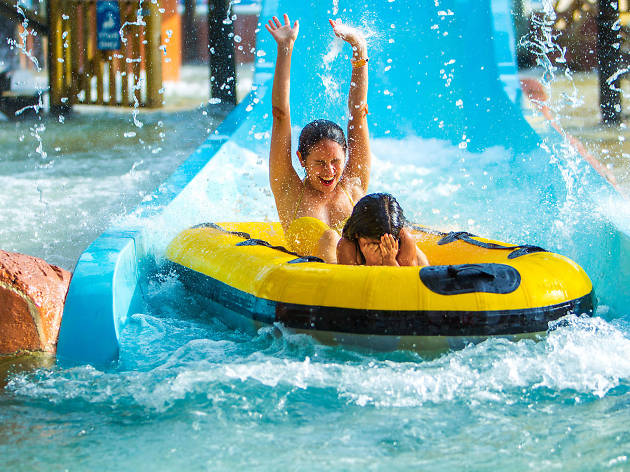 If you're going to New Braunfels, make sure you wear a swimsuit. For locals, tubing is almost a daily ritual during the summer, with both the Guadalupe and Comal rivers intersecting the town and the spring-fed Schlitterbahn water park providing a slightly less au naturale experience. Before you dip your toes in, stop by at Faust Brewing Co. for a plate of German nachos and a stainless steel growler of golden ale. Then head to Canyon Lake Marina to rent a kayak or Texas Ski Ranch for wakeboarding and waterskiing. Once you dry off, check out the assortment of novelties at Got Toys before honky-tonking at Gruene Hall—where greats like Lyle Lovett and George Strait got their start. 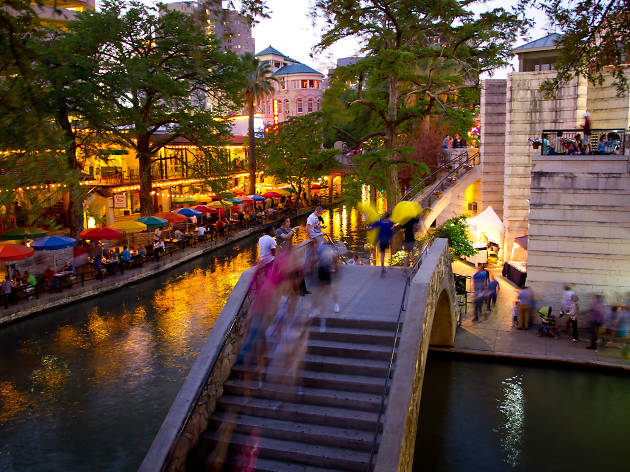 The taco rivalry aside, there are hundreds of reasons why an Austinite should spend the day in San Antonio. The culinary scene is booming, with many of the town’s best bites—macaron masters Bakery Lorraine, South American-meets-Asian eatery Botika and Chef Steve McHugh’s Cured—based out of the remodeled beer plant Pearl. The arts scene is having a moment, too. On the first Friday of each month, walk through the many galleries of the Southtown Art’s District or come during October for the sidewalk art extravaganza Chalk it Up!. Whatever you do, don’t wear your Dallas Mavs cap. This is Spurs country. 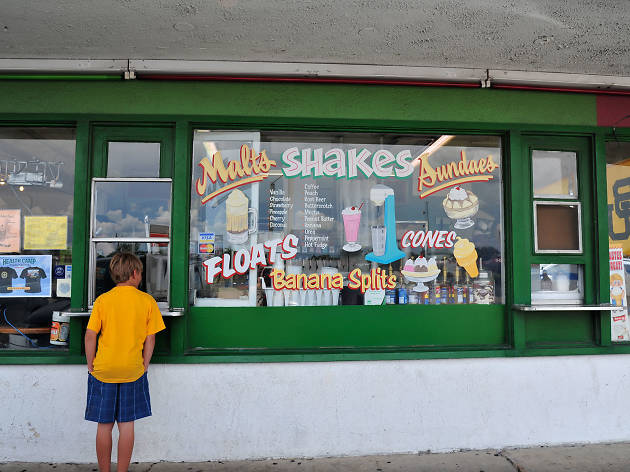 Waco has seen a tourism boon of late thanks to HGTV’s Fixer Upper, but cribbing shiplap style at Magnolia Market is hardly the only thing to do. Learn the science behind soda at the Dr. Pepper museum’s liquid laboratory. Meet Galapagos tortoises and capybara at the natural habitat Cameron Park Zoo. Or go back in time at the perfectly preserved postwar burger joint Health Camp. If you're still in the mood for some shopping, you’ll find everything from scented candles to farmhouse antiques and womenswear at downtown’s Spice Village. 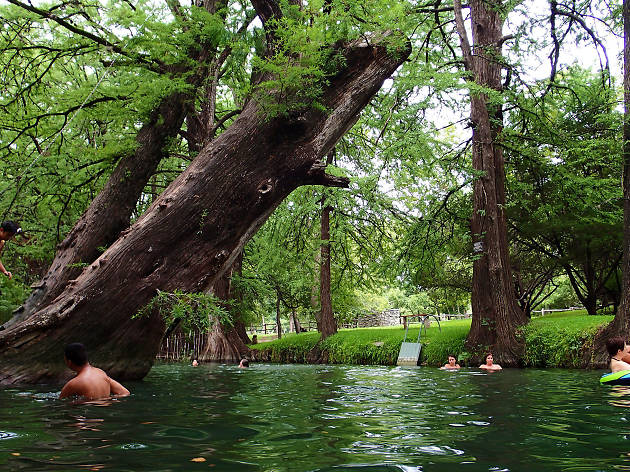 A little bit country and a little bit rock and roll, Wimberley doesn’t quite feel like any other town in Hill Country. Start the morning with a cold brew from Sip! on the Square and a few kolaches from the Sugar Shack Bakery, then take some selfies in front of one of the town’s 50 giant decorated boots (dubbed Bootiful Wimberley). In the mood for shopping? Stop by shops that include foodie mecca Kiss the Cook, thrift store The Bazaar, contemporary fiber craft spot Ply and interior design house Rancho Deluxe. In the summer, take a dip surrounded by old-growth cypress trees at the Blue Hole.

Have a whole weekend to work with? 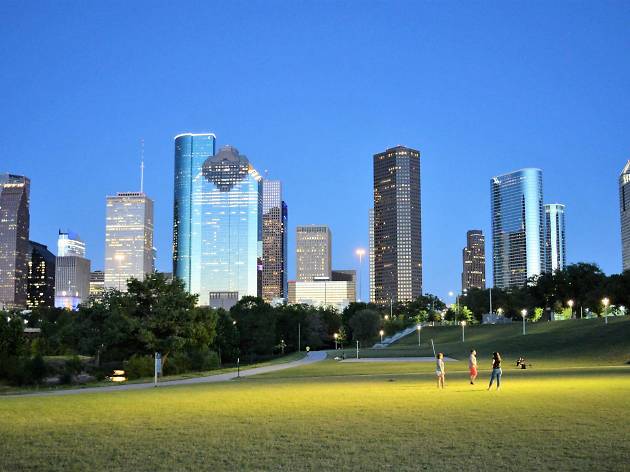 Austin’s central location makes it the perfect starting point for a 48-hour getaway.