The getaway we now begin goes through some of the most familiar and outstanding architectural elements of Vallès Occidental. We will focus on two big towns: Sant Cugat del Vallès, with a magnificent monastery, and Terrassa, one of the two capitals of the region, where we will enjoy the extraordinary Seu d'Ègara and the no less notable modernista buildings scattered throughout the town. 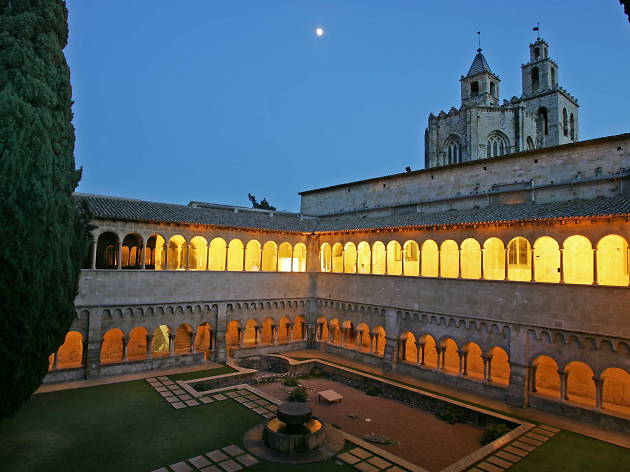 When we arrive in the region we will head to one of the buildings that tell us about its historical importance. Sant Cugat has a monastery that in medieval times was the most distinguished in the county of Barcelona. The enormous rose window dominating the façade attests to its significance, as do the surviving walls and towers built in the 14th century. The Benedictine abbey has its origins in the 9th century and its church is in a good state of conservation, especially the Romanesque cloister, the jewel in the crown, with capitals that are well worth a close look. The cloister houses the Sant Cugat Museum, surrounded by the chapter house and former monastic rooms. 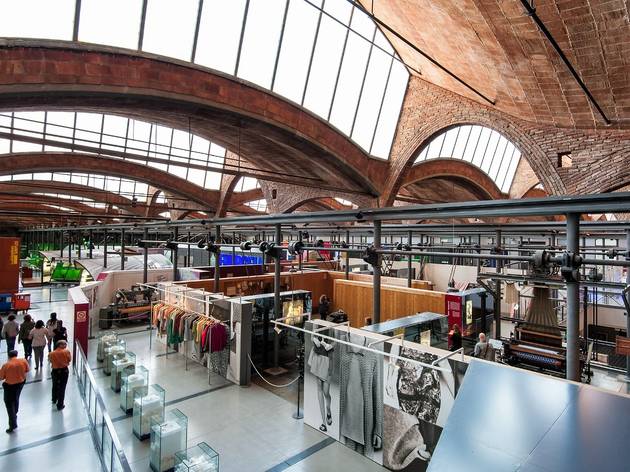 Terrassa, co-capital of Vallès Occidental, was one of the big industrial drivers of Catalonia. Many of its factories were built in the period of splendour of modernisme and they adopted shapes and structures characteristic of one of the most celebrated art movements in the country. This happened over one century ago but luckily we can still see many of the factories, although mostly with uses different from the original. And there are also modernista houses dotted around the streets of Terrassa and that, in many cases, were the factory owners' residences.

To avoid missing a thing, it is best to join the guided tour that begins at Masia Freixa and includes Casa Alegre de Sagrera, the Mercat de la Independència and the Vapor Aymerich, Amat i Jover, home to the very interesting National Museum of Science and Technology of Catalonia (mNACTEC). A real journey in time, with the chimneys, the symbol of steam energy, constantly popping up during the tour. 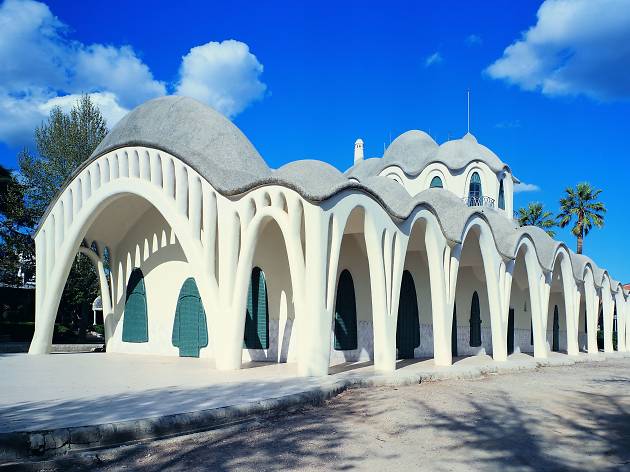 We are not quite ready to leave Terrassa or modernisme because if there is a building that particularly attracts attention in the town, and that many consider the most emblematic, this is the Masia Freixa. It is striking because of its white walls and columns and parabolic arches. Yet another example of modernista architecture showing that it is easy to recognise with its consistent features but at the same time every building can be unique. Lluís Muncunill, the most prolific modernista architect in the city, designed it at the behest of Josep Freixa, who wanted to transform his factory into his family residence. Today the building houses municipal offices although we can discover its nooks and crannies on the guided tours available. 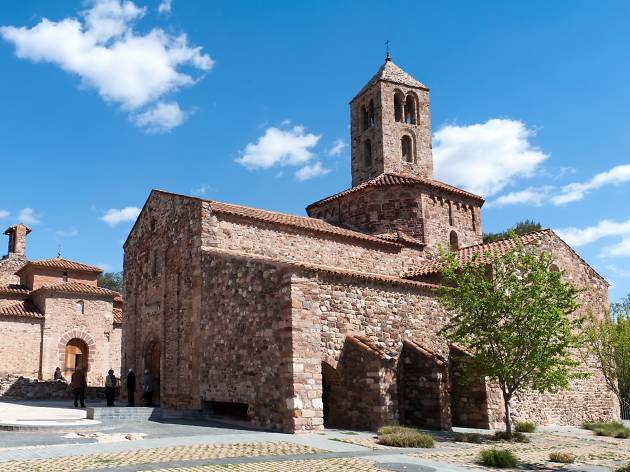 Terrassa also preserves older buildings worth visiting. For instance, the Seu d'Ègara, a real jewel. After years of restoration, the three churches that make up the site (Sant Pere, Santa Maria and Sant Miquel) look wonderful and offer visitors a real architectural history lesson because it has mostly Romanesque elements but also some from the Visigoth period ‒ some of the few remains in our country from that time ‒, as well as from the Renaissance, Baroque, and even the end of the Roman Empire, not to mention two notable Gothic altarpieces.

You can end the day in the park of Vallparadís, and if you still want more heritage, you can visit the Castle-Carthusian Monastery of Vallparadís, dating back to the 12th century, and another of the buildings that show us that, many centuries before it was a city that accommodated thousands of residents, Terrassa was already the chosen home for lots of different people. 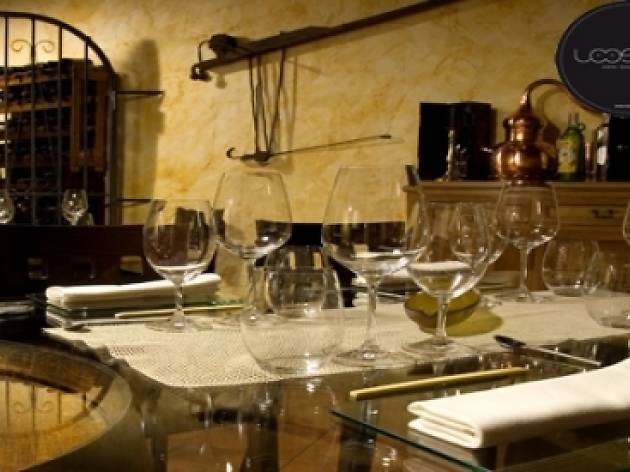 Unique gastronomic space managed by the young but experienced chef Joan Sala, and which is a continuation of El niu del mussol (The Owl’s Nest), the restaurant opened by his parents (spot the connection between ‘mussol’ and ‘lossum’). You need to book in advance, to enjoy their modern, signature cooking that is prepared in view of customers. 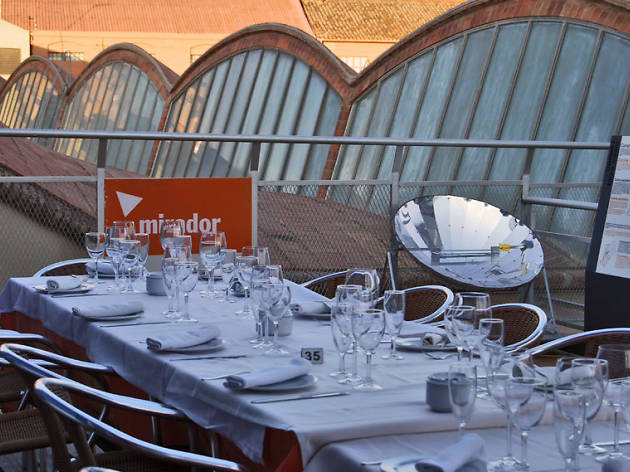 How often do you think about staying to eat in the restaurant of a museum you’ve just visited? At La Terrassa del Museu, found on the roof of the Catalonia Science and Technical Museum (mNACTEC), you’re sure to eat really well. They serve quality dishes, which are well prepared and flavourful, and range from a salad of Ullastrell ash cheese to a steak tartare of veal with Piamontese white truffle. 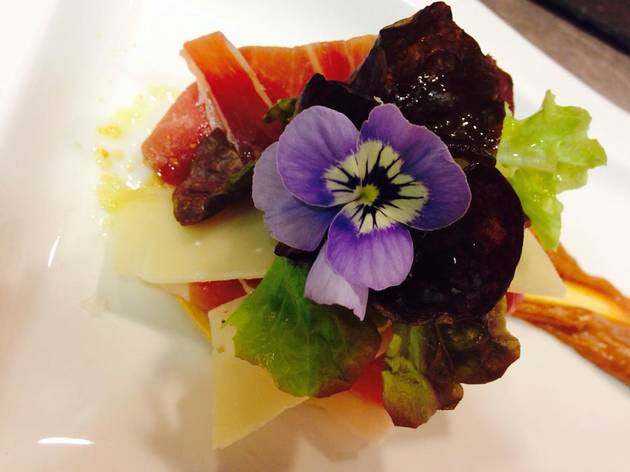 On offer here is signature cuisine by Montse Estruch, based on house traditions but with a wide perspective, designed to transform your meal into a sensorial experience. In the heart of Vacarisses and with the mountains of Montserrat as a backdrop, you can enjoy all the favours of well plated dishes in pleasant surroundings, whether you choose to eat in the main dining room, on the terrace or in the patio. 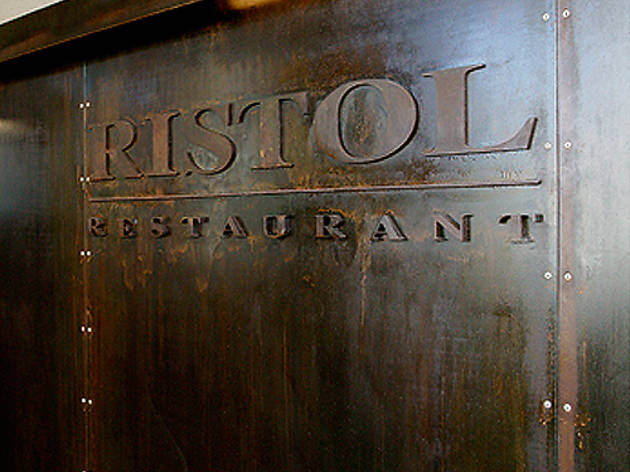 Modernity and tradition go hand-in-hand in this Viladecavalls restaurant. They have various set menus for different budgets to choose from. We recommend the egg coulant (where the egg is cooked on the outside but runny inside) with potatoes and Iberian ham, or the grilled escalope with truffled mashed potatoes 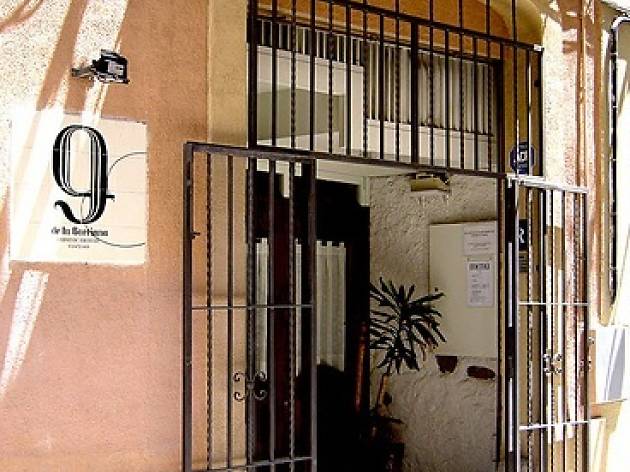 This small eatery (reservations are recommended) is located on a pedestrianised street in the centre of Sabadell. A blackboard shows the specials of the day, and it’s worth paying attention to what’s written there (even though anything you choose will be delicious). We recommend the unbeatable raviolis of foie with mushroom and white truffle sauce, while the tartare is also a popular choice. A great wine list features various Catalan vintages. 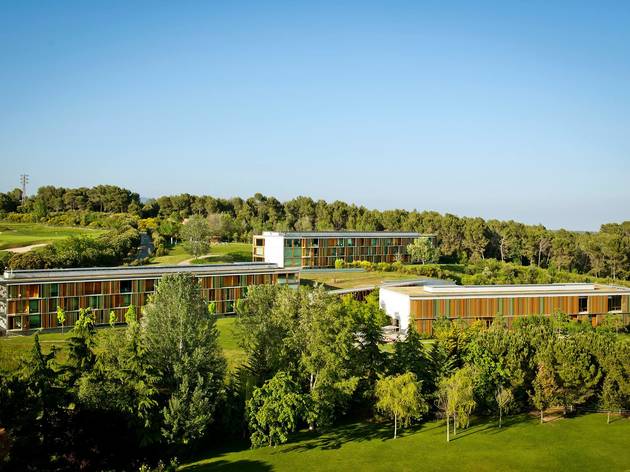 This four-star superior hotel has a spa and wellness centre, gardens, outdoor and indoor pools, meeting rooms, and an excellent restaurant, the Obac. Its bedrooms are spacious, elegant and modern, as is the amazing lobby, which connects the two wings. During your stay, you’ll enjoy a warm welcome with chocolate cookies. 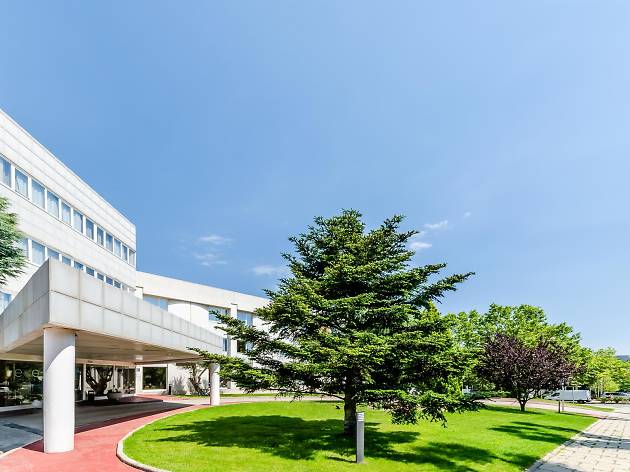 Although Vallès Occidental is a highly populated region and crossed by many roads, at the Exe Parc del Vallès you will find peace and tranquillity, without being far from the country’s main motorways. It is a hotel very geared towards businesspeople but is also suited to leisure and tourism. In summer you can enjoy the outdoor pool and garden area. 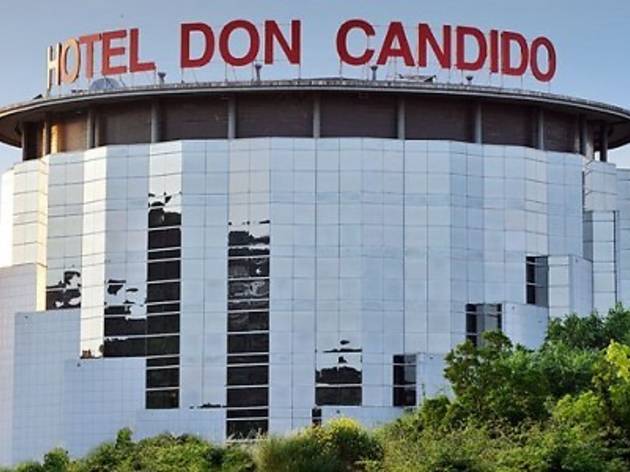 A part of the CIRSA empire, which opened it in 1992, this quintessential Terrassa hotel can be seen from the C-58 motorway. It enjoys a strategic location: at the bottom of the Rambla, between the highway and the FGC railway station. Within its circular structure there are 110 soundproofed rooms with natural lighting, an interesting restaurant called Mun, where Santi Ortiz creates 'evocative cuisine' and the spa Oquo, 'a place to stop time, disconnect and let yourself be carried away'. 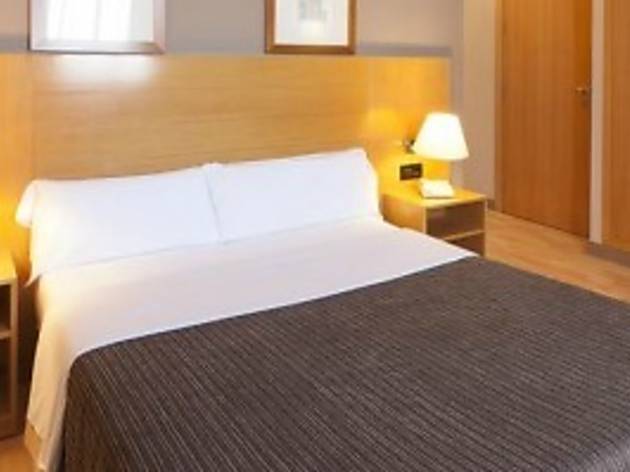 This hotel is ideal if your visit to the area is focussed mainly on Terrassa and you want to leave your car and get around on foot and by public transport. Terrassa Park is a well-equipped three-star hotel, without unnecessary luxuries, that’s cosy and comfortable. It has a cafeteria where you can have a reasonably priced meal any day of the week. The establishment also schedules a number of activities such as a workshop on making cocas for the feast of Saint John and it also organises children’s parties. 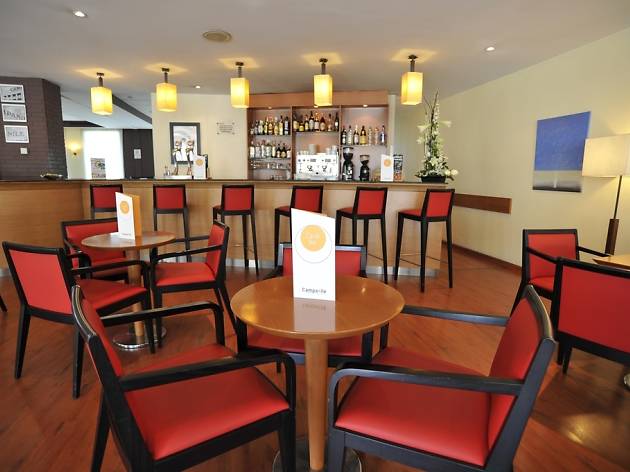 The best part of Hotel Campanile Barcelona is its location, if you are looking to spend a night in an establishment near the main transport networks of the country, and it has immediate access to the motorway. The hotel is in the Campanile style, simple but with everything you need for comfort. Ideal if you are staying for work. 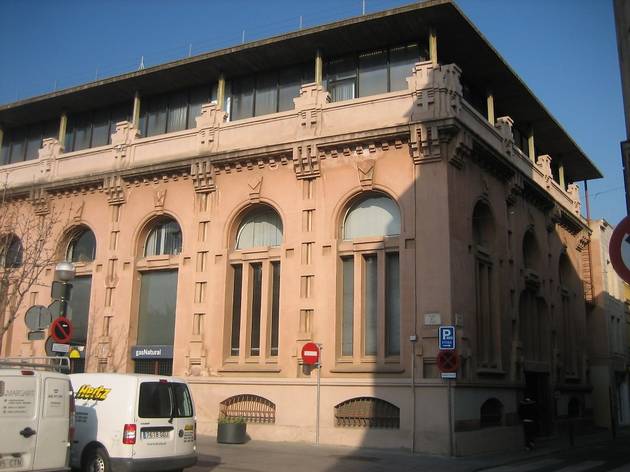 Opened in 2012, in full economic crisis, and in a square called, appropriately Plaça del Gas, the headquarters of the Fundació Gas Natural Fenosa is set in an old power station with gas engines called La Energía. On display, you’ll find the history of the company and the industry, the historical records of the company and temporary exhibitions and activities for everyone. The first year it attracted 22,000 visitors. Climb up to the lookout for the views. 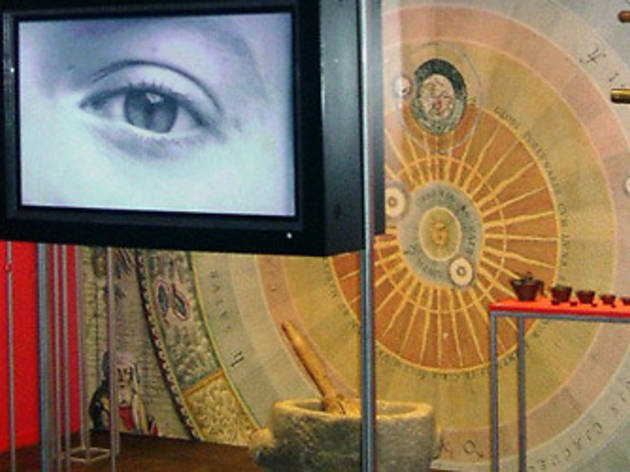 The Catalan modernist-style Aymerich, Amat i Jover factory has been home to the Museum of Science and Technology of Catalonia for the last two decades. It features around a dozen permanent and various temporary exhibits that reflect the scientific advances that have changed our lives and document Catalonia’s industrial heritage. The museum collection is also spread out in 25 territorial museums and the Generalitat government is planning to integrate all of them in the new National History Museum. 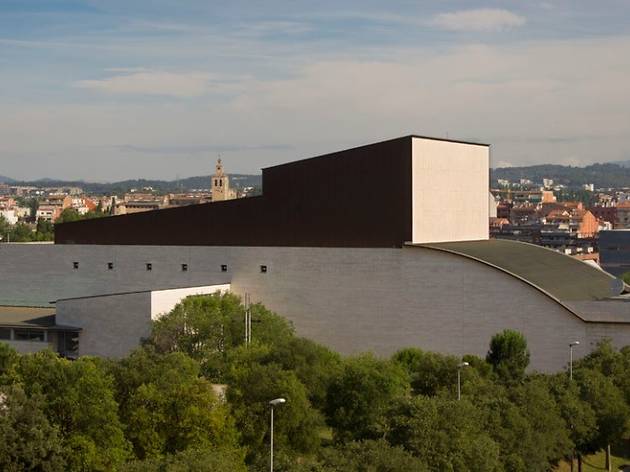 With an intense, diverse and top-quality programme, this theatre in Sant Cugat has become a benchmark among Barcelona’s satellite towns over its two decades of existence. Designed by two Ramons – architects Artigues and Sanabria – the theatre-auditorium is a multi-purpose space with capacity for 800 spectators. Every year some 100,000 enjoy theatre, music, opera, dance, family shows, magic and operetta here, as well as films, lectures, workshops and much more. 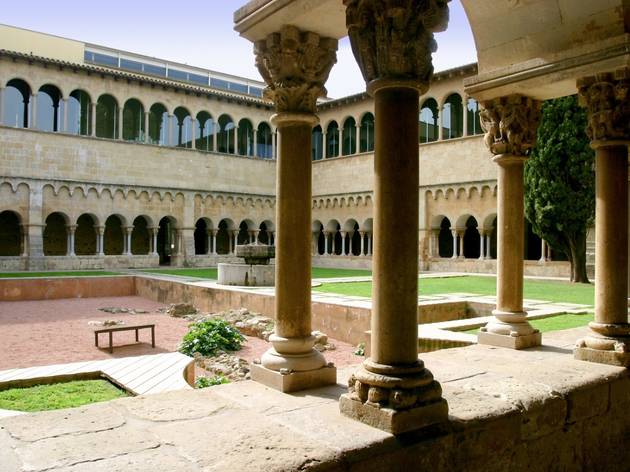 The building is hardly recent – it’s a Benedictine monastery dating from the 9th century – but the contents are new: the Monastery Museum is the emblematic central exhibiting space of the Museum of Sant Cugat, which was created in 2003, the other being the Contemporary Tapestry Museum in Casa Aymat. Apart from the cloister and the church, the museum harbours an installation on the abbey itself, on Romanesque monasteries and medieval monks, as well as temporary exhibitions on art and local issues, and workshops. Guided and dramatized tours are also offered.