The best new movies on Netflix in July 2015

July is one of the biggest months of the year at the box office, and so it might be refreshing that Netflix isn’t unleashing any monster-sized new titles during the height of summer (their biggest launch is unquestionably the serialized follow-up to Wet Hot American Summer). On the contrary, you can cool off by catching up with a some of the previous year’s most provocative indies, from Spike Lee’s strange and steamy Ganja & Hess remake to Riley Stearns’s cult comedy, Faults. Here are the five most exciting new Netflix movies to stream on your couch, plus a complete list of everything that’s being added to the service this month. 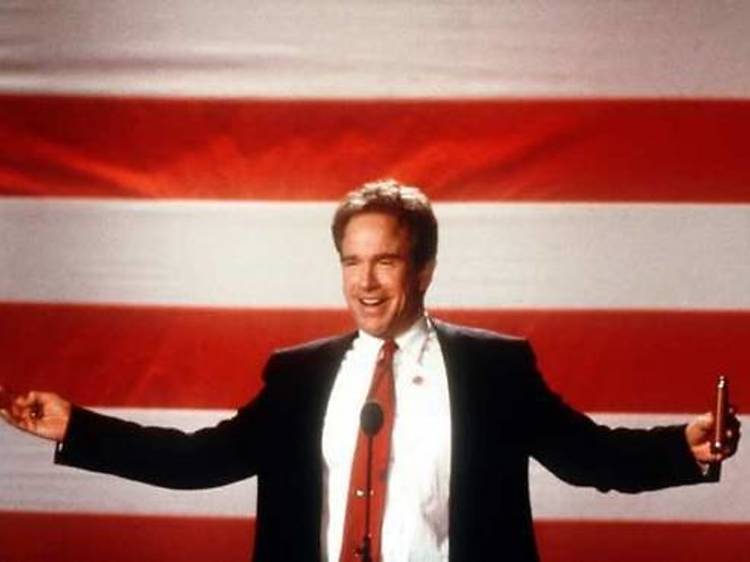 This cult favorite Warren Beatty comedy opens with an image of disillusionment: Alone in his study, a Democrat Senator (Beatty), up for re-election in 1996, sits in front of his VCR, weeping at repeated shots of himself extolling ‘liberal’ values. At the end of his rope, he takes out a contract on his life (after lining up massive life insurance for his daughter), then goes to a rally in South Central LA where, to the horror of his aides, he tells the black assembly how little they and other impoverished groups mean to politicians of every hue. Aroused both by their response and by the sight of a young woman in the audience (Berry), Bulworth accompanies her to a club where, driven and dazed by desire, drugs and dance, he rediscovers the will both to live and to make a difference simply by telling the awful truth. This is that rare thing: a Hollywood satire/conspiracy thriller that takes its politics seriously, is prepared to provoke and even offend, and actually takes risks, dramatic and otherwise. 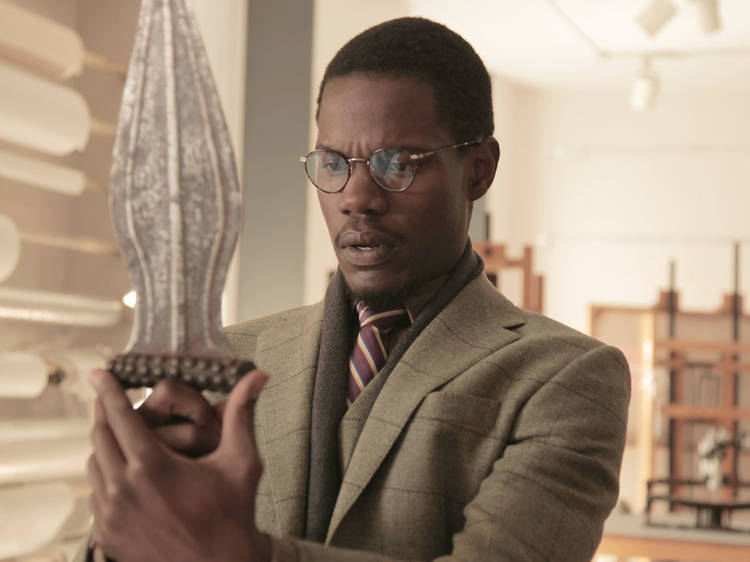 Just as sure as we see an ancient African dagger fawned over by a collector of antiquities, we know it’s going to be plunged into somebody’s heart in Spike Lee’s awkward, oddly rhythmed Kickstarter remake of the 1973 indie-horror classic Ganja & Hess. Refined Dr. Hess Green (Stephen Tyron Williams) already has a stiff-backed existence swanning around Martha’s Vineyard before he turns vampire, and Lee’s Bruce Hornsby–scored jazziness runs counter to the solemn mood needed for thrills. When Ganja (Zaraah Abrahams), the exotic ex-wife of one of Hess’s more unstable colleagues, shows up on the island, she casts a sexual warp over the movie—one that might have been productive had Lee not seen it mainly as an opportunity for gratuitous nudity. 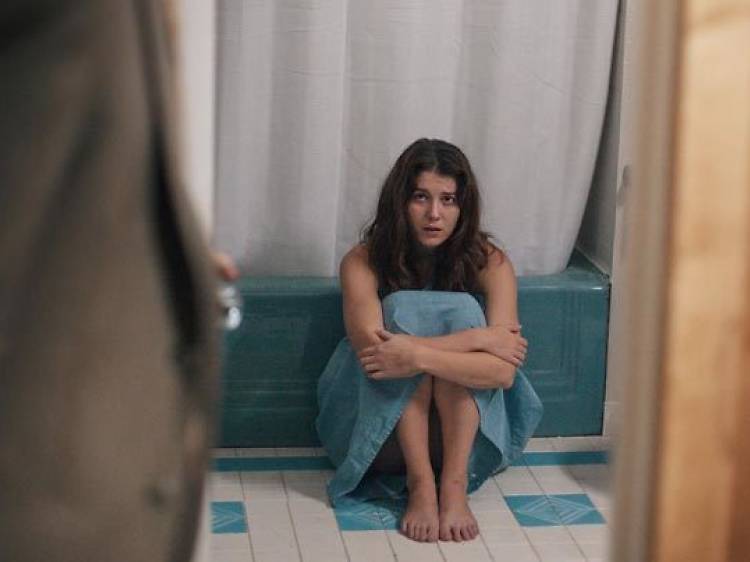 If he weren’t a published expert at talking people out of cults, Ansel (Leland Orser) would be an obvious candidate for joining one. The beaten and bedraggled subject of Riley Stearns’s mordantly funny first feature, he roams the jaundiced purgatory of Southern California, leveraging sparsely attended seminars to hawk his terrible new book about the virtues of free will. Faults introduces Ansel deep in the pockets of some very scary people, far too broke to ignore the insistent couple (Beth Grant and Chris Ellis) who offer him $20,000 to kidnap their daughter from a doomsday cult and deprogram her of its doctrine. Reluctantly agreeing to help, Ansel snatches Claire (Mary Elizabeth Winstead) from a grocery-store parking lot, locks her in a dank motel room and begins the five-day process of restoring her to her old self. Spoiler alert: Things don’t go according to plan. A tense two-handed dark comedy prone to feverish inflections of Lynchian madness, Stearns’s film feels as fluid and shifting as Claire herself, its tone following the lead set by Winstead’s performance. 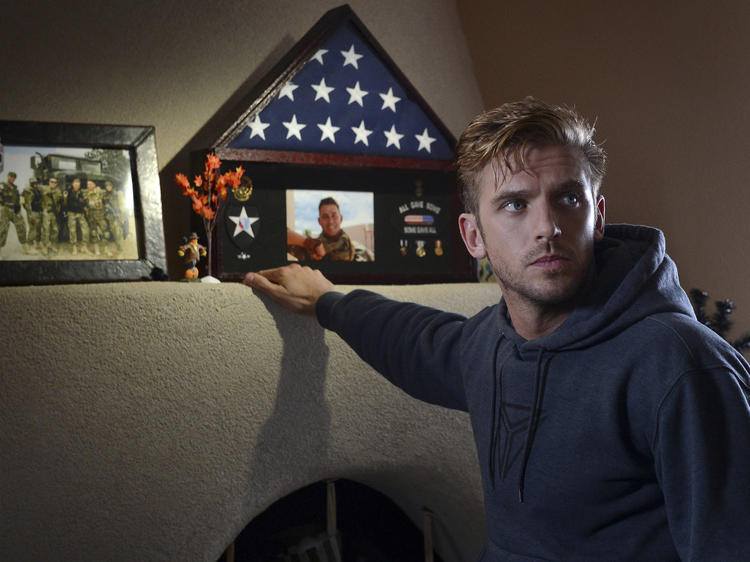 Dan Stevens’s blandly blond good looks (here accessorized with an apple-pie American accent) are put to suitably sinister use in Adam Wingard’s sharp retro-thriller: The character is supposed to be faintly unidentifiable, a walking cipher who keeps any personality just out of reach behind a veneer of pleasantness. Only sullen teen Anna (Maika Monroe) senses something amiss when David (Stevens) shows up on her family’s doorstep in sleepy New Mexico, breaking the fog of mourning that has descended on the household ever since eldest son Caleb was killed on duty in Iraq. David claims to have been their boy’s best friend, an alibi that secures him an open-ended invitation to stay from Anna’s parents. But when a suspicious Anna begins snooping and is informed by the army that “David” is actually dead, nobody wants to listen.

Wingard, a formidable new name in horror who previously brought us the nifty You’re Next, coolly lets things escalate from there to a state of delirious violence—it’s a compulsively absurd tale fashioned as a kind of extreme allegory for the effects of grief-induced displacement. Mostly, though, the movie is an effectively bloody, breakneck ride, given an extra coat of gloss by the John Carpenter–influenced 1980s styling that is currently all the rage in the genre. 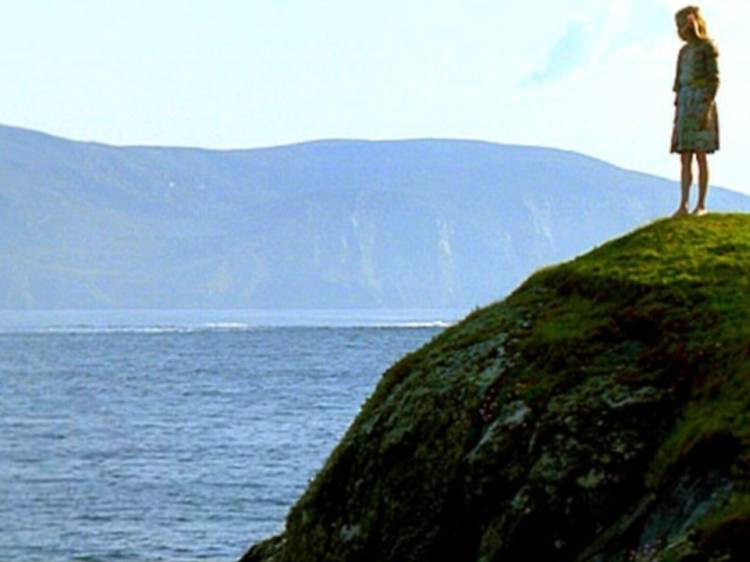 This Irish fable, from a novel by Rosalie K Fry, may be pretty atypical of John Sayles’ work, but it’s still a lovely movie. Set in a remote Irish fishing community in the ’40s, it charts the experiences of a young girl who comes to stay with her grandparents and is intrigued by the mysterious, seemingly fantastic stories of an infant relative’s death. Tales within tales, a subtle sense of economic and social realities, fine landscape photography and strong performances make for an engrossing, unusual fantasy.

And here’s the full list of what’s coming to Netflix streaming in July, by date:

Available July 23
Teacher of the Year