Simultaneous drinking and thinking skills are sorely tested at these weekly trivia nights, and passions run high. Boston takes its trivia nights very seriously, so it’s no surprise the national standard Stump! Trivia was invented just outside Boston. The general knowledge-based (i.e. often not so general) Stump! is featured is several places, but elsewhere trivia themes range from sex to sports. So, instead of watching others perform at, say, Boston’s best live music venues or at one of its best comedy clubs, or just lounging around at one of its best dive bars, test your brain power with a trivia night. Who knows, you might just learn something. Winners are often rewarded with covetable prizes from cash to swag, but the real reward is a night of fun. And trashing the competition, of course.

RECOMMENDED: See the full list of the best Boston bars 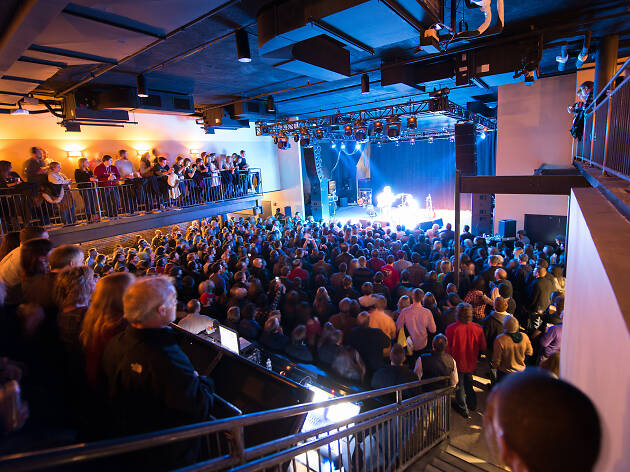 You don’t have to be a total music nerd for Rock and Roll Trivia with Erin and Brett, hosted by local music journalist Brett Milano, author of “The Boston Rock Trivia Book,” and Erin Amar, editor of e-mag Rockerzine.com, but it helps. Rock and Roll Trivia starts at 8pm on the first Tuesday of the month and is held in the restaurant side of The Sinclair. All sorts of popular music is covered in the questions, and there’s a musical segment where a local musician will play a “guess that riff” selection. Prizes range from movie and gig tickets to CDs and free drinks. 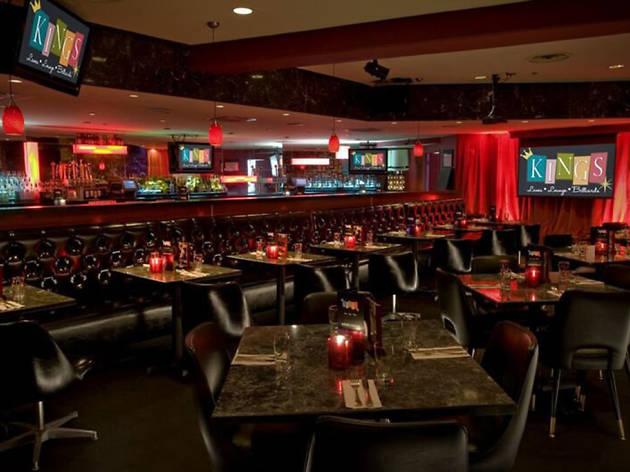 Every Tuesday night is Trivia Night at Kings. There’s a different theme each month, which keeps the event interesting and open to all. Themes vary from The Office to Star Wars, to seasonal monthly events like Spooky Trivia (appropriately held in October). November sees “Friends-Giving” trivia (questions about the TV show Friends), so watching all those re-runs wasn’t for nought. Groups of two-to-six players battle it out, beginning at 7pm. 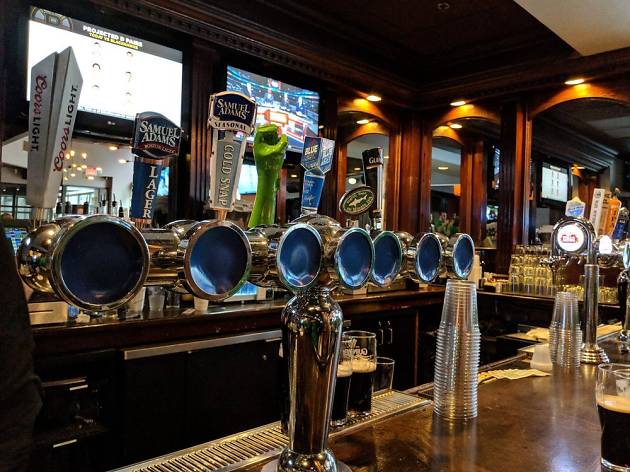 The Harp’s weekly trivia night invites all tube junkies to test their knowledge every Monday, beginning at 7pm. Just so no one feels left out that their favorite show isn’t included, the changing roster includes questions on one series each week: The Office, Parks and Rec, Friends, Seinfeld, 30 Rock, Gilmore Girls, Stranger Things, and Modern Family are featured. But the Harp likes to keep things moving and changes trivia themes regularly. Check the website. 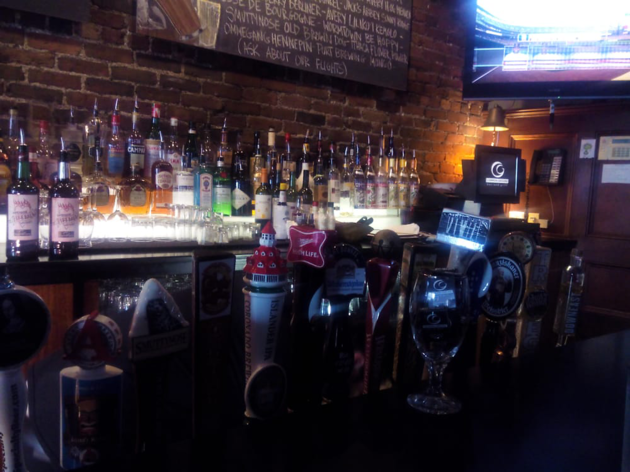 Allston’s longstanding casual hangout has several trivia nights each week. Regular hosts are ThinkTank Trivia and Geeks Who Drink. On Mondays, it is Sex, Drugs, & Rock n Roll Trivia, a rather risqué night hosted by ThinkTank; delving into vices and outrageous rock lore, it's not for those who blush easily. Then on Tuesdays, it’s Geeks Who Drink trivia, and on Thursday it's the non-X rated ThinkTank trivia, all minus the naughty bits. All trivia nights begin at 8pm and end around 10pm. 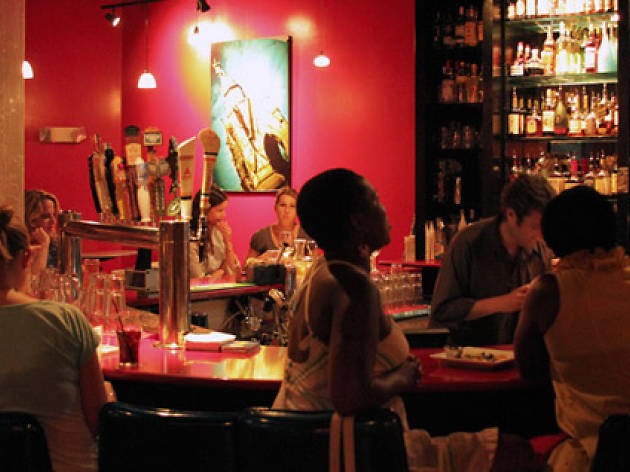 Every Monday, Bella Luna’s Off the Wall night includes an early evening DJ, followed by Stump! Trivia. There are prizes for the trivia winners, but anyone can get the 50% off the Wings of Desire (chicken wings with blue cheese dip and spicy sauce). Stump! Trivia starts at 8pm and runs until around 10pm. 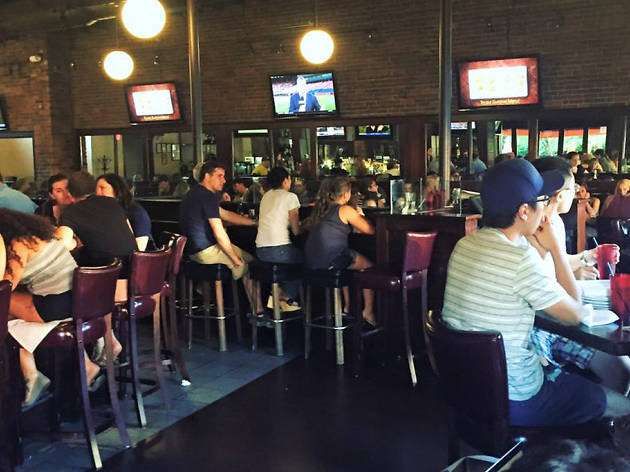 This Dorchester Irish pub hosts Trivia Wednesdays; it’s the ThinkTank trivia-type, and usually includes general knowledge questions of the type that will cause some head scratching and brow furrowing. Trivia Wednesdays runs from 8pm until about 10pm. 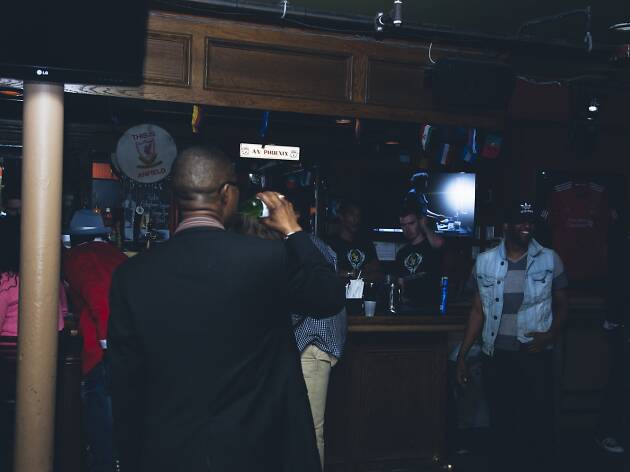 The trivia prizes at this Central Square bar and nightspot are pretty substantial. Every Wednesday at 7pm, the Geeks Who Drink Trivia crew offer gift certificates, but Sunday's Patriot Trivia, run by CSN trivia (which is not just about sports), offers substantial cash prizes. As much as $5,000 goes to the winning team, which should cover the bar tab for the night quite nicely. No wonder the competition is fierce, and in more ways than one. 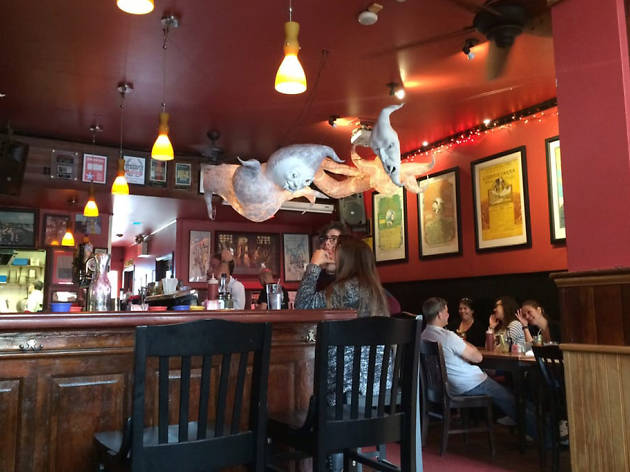 To drink at the Druid is to love the Druid, and to play trivia there is twice the fun. The Inman Square boite’s trivia night on Wednesdays is hosted by Quiz Master Dave, as he is known, and teams compete to win a grand cash prize. (The teams placing second and third receive a liquid prize each.) Get there early and settle in for kickoff at 8pm. 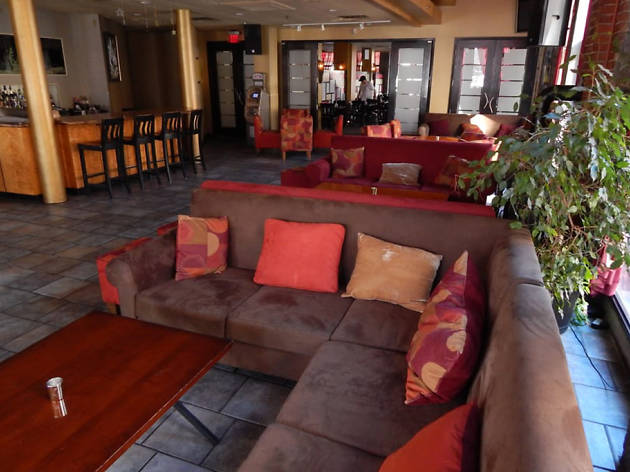 Lined with sofas and comfy chairs, this aptly-named North End stalwart hosts a popular trivia night every Tuesday, beginning at 8pm. Arrive early to take advantage of happy hour specials—fill up on half price appetizers from 4pm until 6pm—and snag a popular couch spot. Unless winners are intensely camera shy, the top team’s photo is displayed on The Living Room’s website. 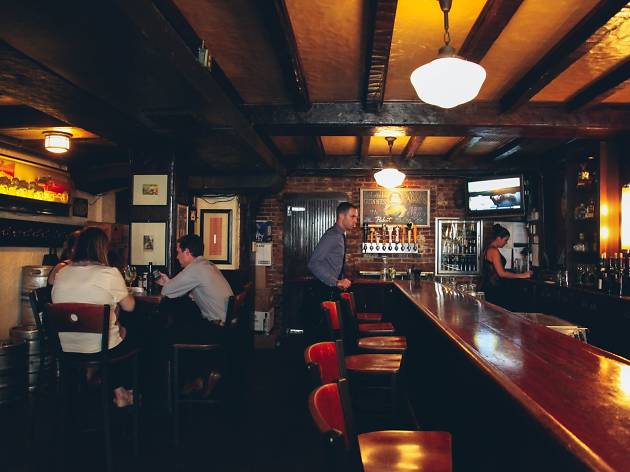 This Beacon Hill bar (directly across from the State House) hosts Stump! Trivia every Sunday, so it’s unlikely you’ll be competing against any reps or councilmen. Beginning at 8pm, rally your teammates for general knowledge questions of the uncommon kind. Prizes vary from gift certificates to T-shirts, and even Red Sox tickets. 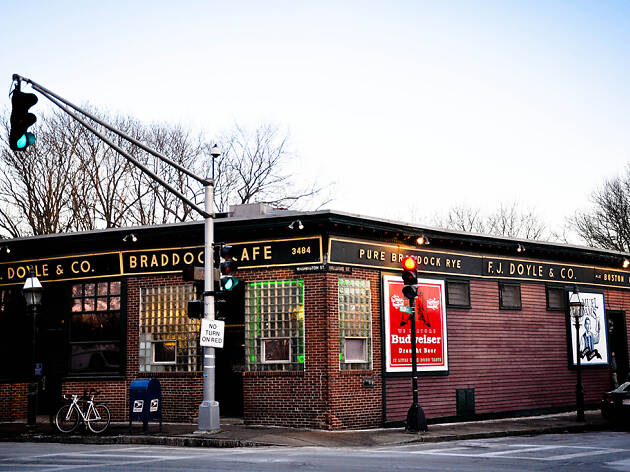 Doyle’s, as its name suggests, is an Irish rooted bar and a Jamaica Plain institution known for its no-frills approach offering tasty food and drink in a convivial, casual atmosphere. Every Tuesday night, beginning at 8, the decks are cleared for trivia night, which is certainly the best way to get to know the locals, and get a taste of old JP. 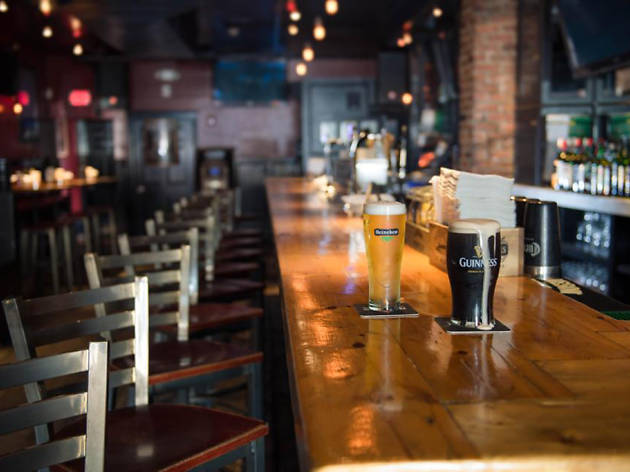 This Dot Ave sports bar has weekly trivia nights, Wednesdays at 8pm. This is when Dorchester’s finest mental athletes, and anyone else who cares to join them, gather to compete for a $50 gift certificate, which the victorious team can promptly spend without leaving the premises.