Bristol is blessed with some pretty good theatre, and with a reputation for groundbreaking plays, cutting-edge drama and even plenty of the more highbrow stuff, the best theatres in Bristol have a lot to live up to. Thankfully they do, so take a look at the list below for what we believe to be a pretty top notch selection of theatres doing things very well indeed. Seats, ladies and gentlemen. 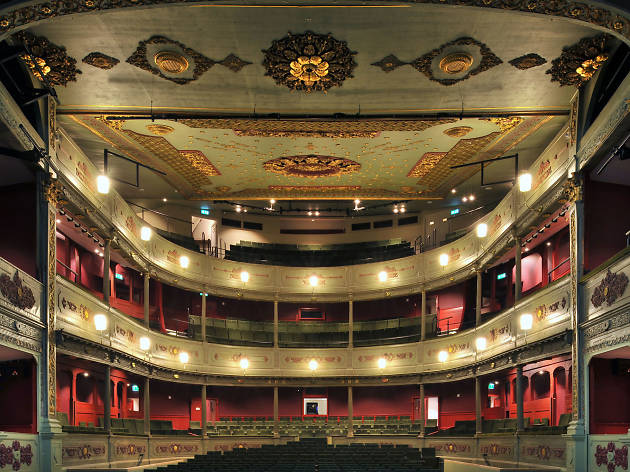 The Bristol Old Vic was the city’s original speakeasy. Back in ye olde Georgian times when theatres were still illegal, the Theatre Royal was built without the knowledge of the authorities. To enter, you had to knock on the front door of a certain Mr Foote on King Street, behind whose house was the hidden front door of the theatre. Remarkably, within the next few years, the original 250-year-old fabric of the Old Vic will be permanently on display from King Street for the first time ever, as part of ambitious front of house redevelopment plans. History means a lot here, but that doesn’t mean the theatre is stuck in the past. Far from it. With Tom ‘War Horse’ Morris at the artistic helm, who arrived here from the National in 2009, the Old Vic has seen a creative renaissance. You’re as likely to see a challenging and experimental work-in-progress piece in the studio as a rip-roaring family friendly yarn in the main auditorium. And with a thriving, young company, the future of the Old Vic is in safe hands. 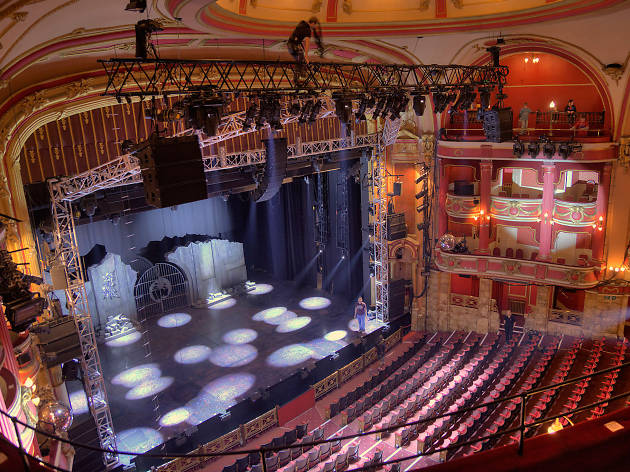 Located right in the heart of the city centre, the grand old dame of Bristol’s theatres regularly packs in the punters with touring West End productions. Now owned by the Ambassadors Theatre group, the Hippodrome is at its best when the jazz hands are in the air - think The Lion King, Singin’ In The Rain and Barnum. January 2015 saw a rare transfer from the National Theatre in the form of War Horse, following hot on the heels of One Man Two Guvnors. But there’s also opera, ballet, big-name comedians, tribute acts and large-scale children’s shows. Actors will tell you that the Hippodrome is a surprisingly intimate space, with no audience member too far from the action in the steeply sloping seats. Regular tours behind the scenes from knowledgeable theatre staff are organised and come highly recommended. One actor who cut his teeth here, albeit backstage working as a call boy, was the young Archibald Leach, who went on to find fame and fortune in America after changing his name to Cary Grant. 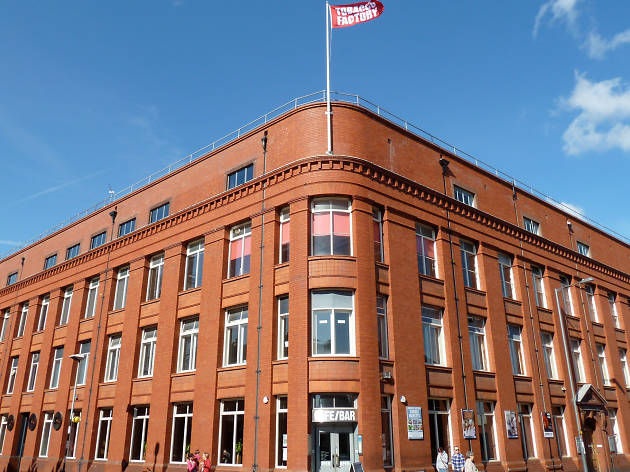 The red chimney of the Tobacco Factory Theatre acts as a beacon on the south Bristol skyline. Once inside, try your best to ensure your view isn’t obscured by a pillar and sit back on the brand new seats. Shows in the round are a speciality here, as are in-house productions such as a Banksy: The Room In The Elephant, which played in Edinburgh to great acclaim, and Cinderella: A Fairytale, which premiered in Bristol in 2011 and went on to receive an Olivier-nomination after transferring to London. If a theatre can single-handedly pull up an area by its bootstraps, then the Tobacco Factory is it. Bristol mayor George Ferguson’s recent implementation of resident parking zones across the city and other assorted schemes may have made him unpopular with some, but in his previous career as an architect, he had the vision to totally transform this former factory into what it is today. Visit restaurant Souk Kitchen opposite or enjoy the tapas in El Rincon, among the many businesses that might not be here were it not for the theatre’s influence on the local area. 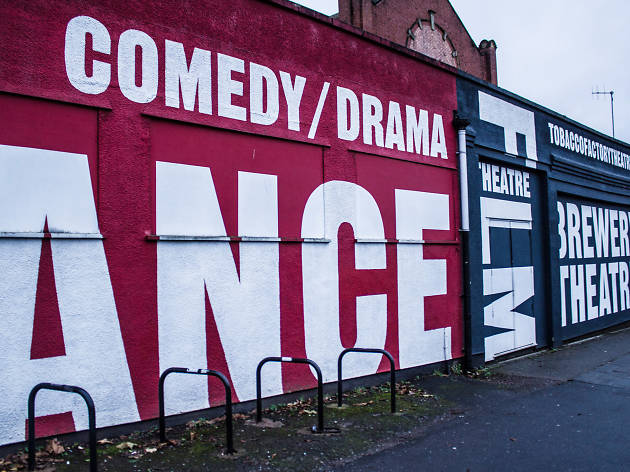 This theatre in a converted garage at the far end of Bedminster's North Street is just the other side of the wall from Bristol Beer Factory and also shares space with Mark’s Bread and its adjoining café. This means you’ll never go hungry at matinées, especially at the Brewery Theatre’s ever popular children’s shows, when a gingerbread man to nibble on during a show is almost a pre-requisite for the smallest audience members. The little sister of the Tobacco Factory Theatre just down the road, with only 90 seats, The Brewery Theatre is a more compact venue than its older sibling. The space is ripe for audience interaction – especially when the likes of magician Peter Clifford is appearing. Firm favourites here also include improvisational comedy troupe Instant Wit, always ready for a quick quip to ensure much mirth, beer in hand or not.

The Wardrobe Theatre is located within a former storeroom above the White Bear pub on St Michael’s Hill in Kingsdown, deep in the heart of Bristol studentville. Indeed, shows by students make regular appearances here, but don’t let that put you off. The themes here are anything theatre-makers want them to be, with the space available to be hired for free and then box office receipts split two ways between the production and its hosts. Tom Wainwright dressing up as a horse in Buttercup was an unforgettable recent highlight. There are also up-and-coming comics in regular comedy nights and genre mash-ups, the latest of which saw the Muppets spliced with Die Hard. A fortnightly improvisational soap opera, Closer Each Day, is another total one-off. Open for less than four years, the Wardrobe is a culmination of the hard work of a group of young luvvies who all work here for free. What’s more, you’ll never have to pay more than a fiver to see a show. 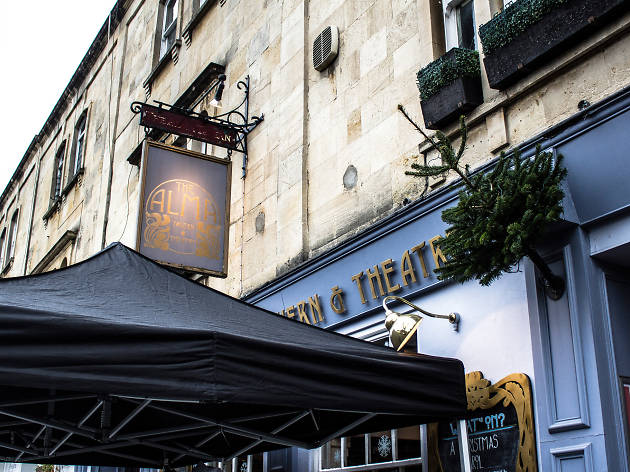 A look at the posters plastering the walls of the corridor on your way up to the theatre above the Alma Tavern in Clifton reveals the sheer diversity of the hundreds of productions that have graced this space – made up of two former function rooms knocked together – since it opened in 1997. They pack them in tight here and it’s advisable to wear as few clothes as you can (as often the actors on the tiny stage do, or don’t) because the theatre can get stiflingly hot. With strong ties to many local theatre companies, the Alma is a place to discover both new writing and acting talent, often from the nearby Bristol Old Vic Theatre School. Enjoy a drink in the pub downstairs prior to a show; just make sure you don’t miss the tinkle of the little bell indicating that it’s almost time for curtain up. 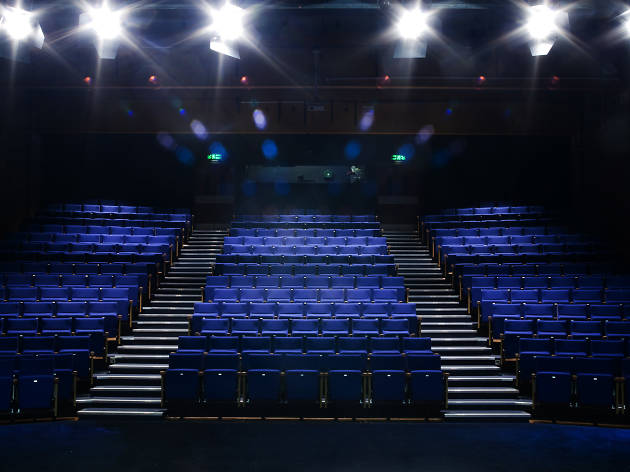 It’s an indication of what’s good and what’s not so good in Bristol that the city’s fourth largest theatre is part of Clifton College, the prestigious boarding school. Twenty years after it was first built it in 1966, the school named the theatre after Sir Michael Redgrave, the former student who presided at its opening. The go-to theatre for the Bristol Old Vic Theatre School, the Redgrave is also becoming well-known for its spoken words events, which are often held in conjunction with Bristol Festival Of Ideas. As well as school productions, the Redgrave is now a theatre for hire, hosting many am-dram shows, as well as becoming the biggest venue yet for the Bristol Bad Film Club, screening movies so bad they’re good for a dedicated and enthusiastic crowd. With a design based on the Mermaid Theatre in London, fact fans, the Redgrave has the distinction of being the first purpose built school theatre in the country. 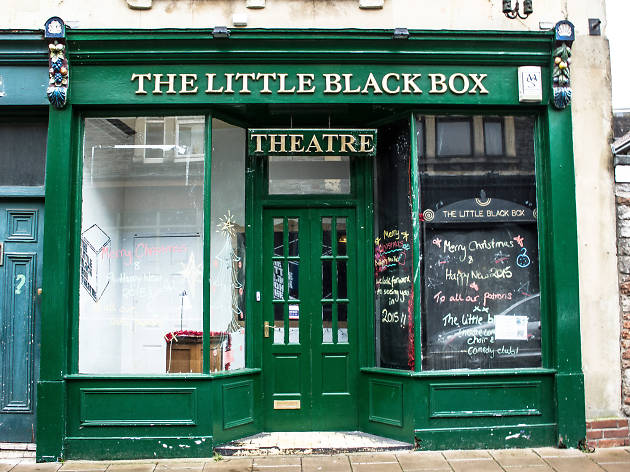 Many small theatres have appeared in Bristol in recent years, but the Little Black Box has the distinction of being the smallest of the lot. Calling itself Bristol’s 'boutique community micro-theatre with a twist', LBB is well-worth discovering for shows from the quirkier and more rough-and-ready side of the theatrical spectrum. Keen am-dramers make up the majority of the productions in what’s a theatre for now, but what might one day become a shop again, having previously been a deli and greengrocers. Well-known shows such as Rent are performed on a busy calendar, which also includes one-act plays written by university students and rehearsals of a community choir. Black Hole Comedy is a popular monthly comedy night. Located on Chandos Road in Redland, the theatre also has the distinction of being opposite Wilks, one of Bristol’s only two Michelin-starred restaurants where, if you want to dine in style, you can find a regular pre-theatre deal. 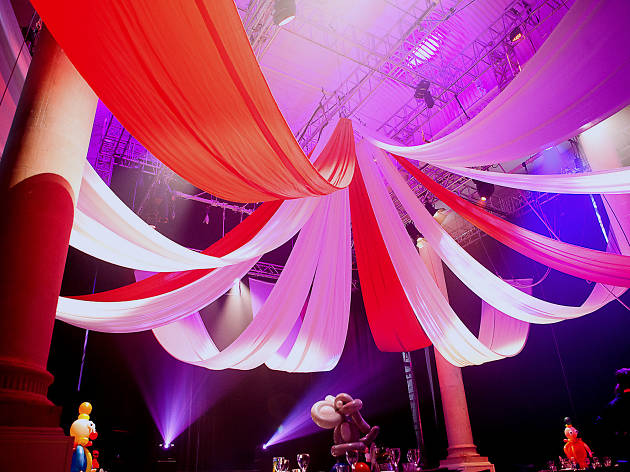 There’s no better opportunity to swing from the rafters than at this converted church in St Paul’s, now home to Bristol’s internationally famous circus school Circomedia. Some of Bristol’s most jaw-dropping productions take place here on Portland Square, only a few hundred yards away from Cabot Circus’ cathedral of commerce, in a wedding cake church that was converted and saved from dilapidation in 2005 by The Churches Conservation Trust. Inside, circus has replaced religion, with the high ceilings perfect for showcasing some extraordinary talents. An annual highlight is always the student shows, in particular by the graduating students who learn their skills in Bristol and then go on to share them with the world. And there’s certainly a lot more than just juggling – although, when done well, that can also be lots of fun – with Beta Circus by Circus Geeks (mixing juggling with TED talks) set to prove this in 2015. Other shows to look forward to in the year ahead also include In the Middle With You by Hagit Yakira Dance and the wordless Nursing Lives by full-mask theatre company Vamos.