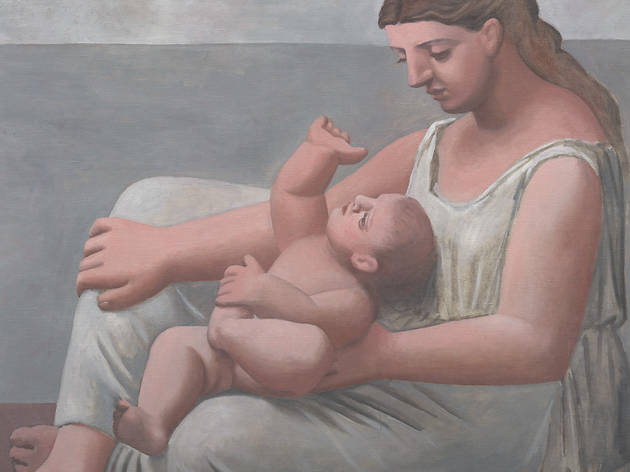 1/10
Photograph: Courtesy of the Art InstitutePablo Picasso. Mother and Child, 1921 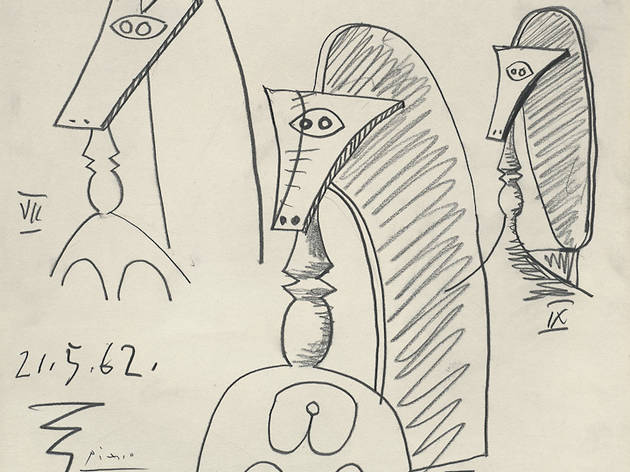 2/10
Photograph: Courtesy of the Art InstitutePablo Picasso. Sheet of Studies for the Chicago Sculpture IV-XI, 1962. 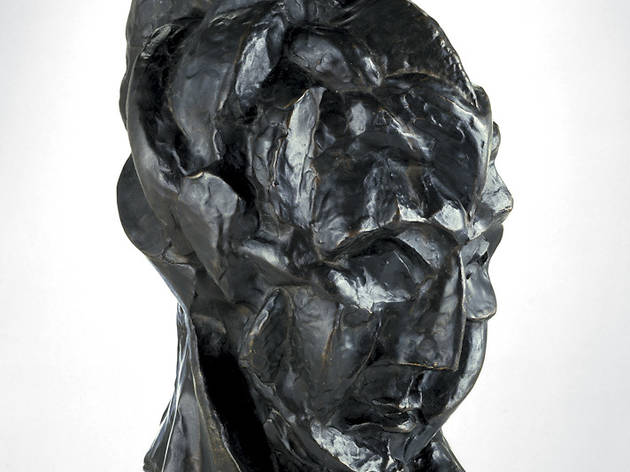 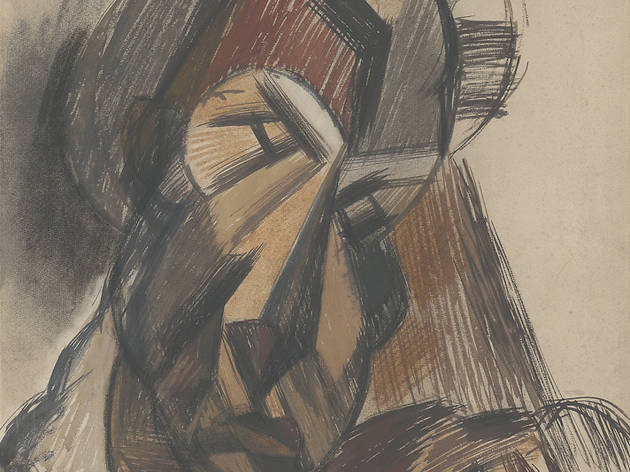 4/10
Photograph: Courtesy of the Art InstitutePablo Picasso. Head of a Woman, 1909. 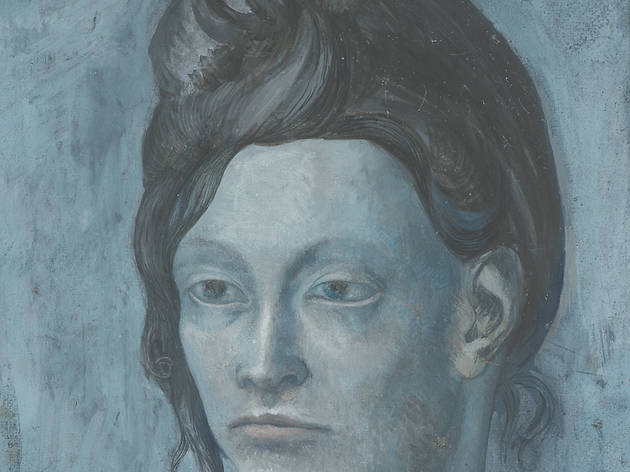 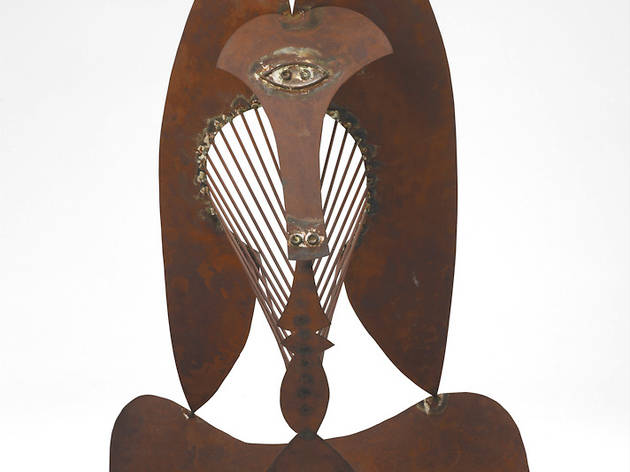 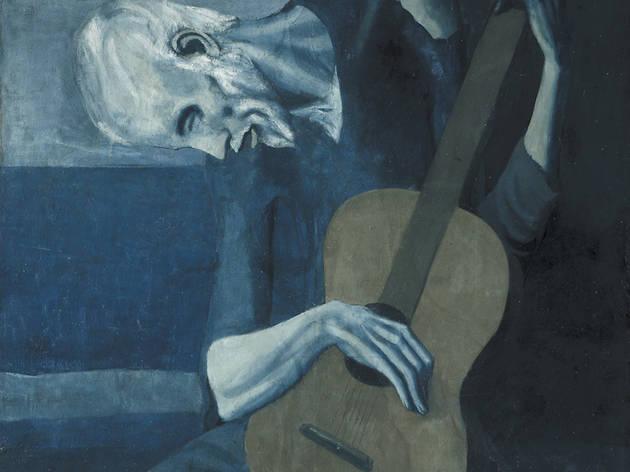 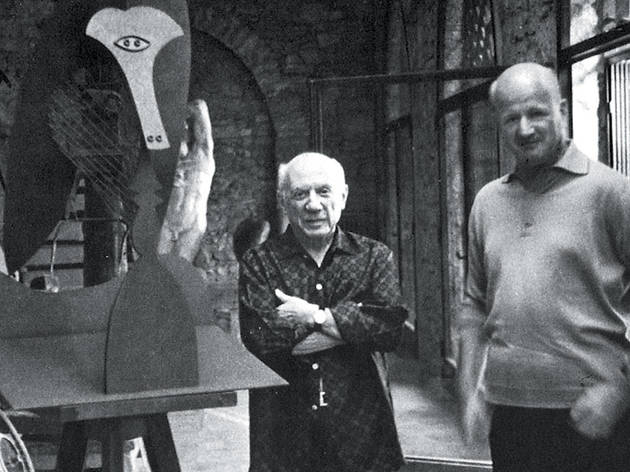 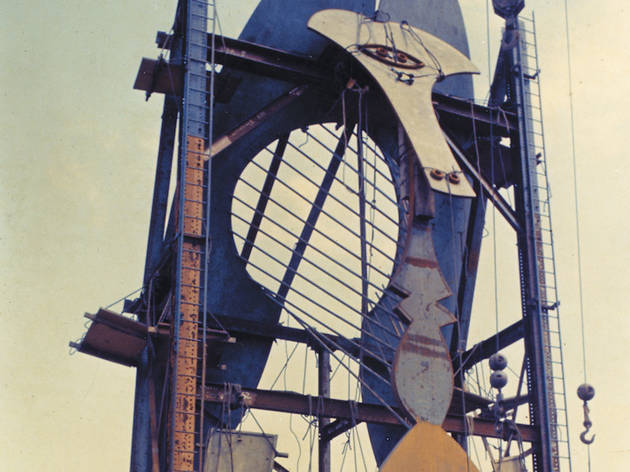 9/10
Photograph: SOM | � Williams & MeyerConstruction of the Picasso sculpture in Chicago 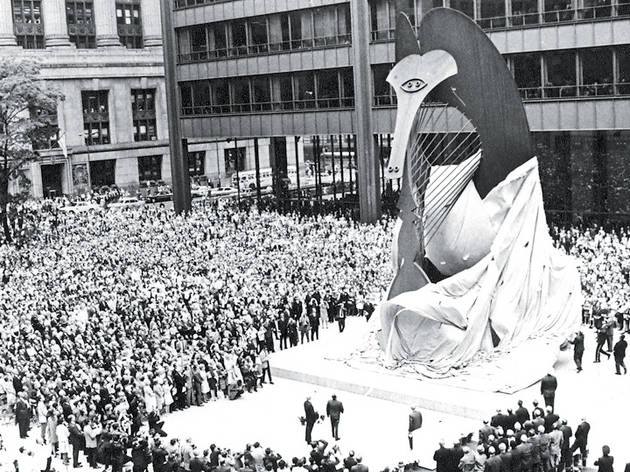 Pablo Picasso (1881–1973) never visited the United States, but the Spanish artist still managed to make a big impact on Chicago. Without the influence of the Picasso sculpture in Daley Plaza, “we might not have the [public] art we have in the city today,” says Stephanie D’Alessandro, curator of modern art at the Art Institute of Chicago.

On Wednesday 20, the Art Institute opens “Picasso and Chicago,” which brings together more than 250 of the artist’s paintings, sculptures, prints, drawings and ceramics. D’Alessandro, who curated the exhibition, and other Chicagoans recall Picasso’s surprisingly extensive local legacy.

1913 The Art Institute of Chicago becomes the first American art museum to present Picasso’s work when it hosts the Armory Show from March 24–April 16. While the exhibition includes seven paintings and drawings by “Paul Picasso,” it omits Head of a Woman (Fernande) (1909), which appeared in the Armory Show’s initial stop in an armory in New York. (Alfred Stieglitz donates the sculpture to the Art Institute in 1949.)

The Armory Show attracts nearly 200,000 visitors to the Art Institute. Some are not impressed by the modernist works: SAIC students burn Henri Matisse’s work in effigy. Picasso is rarely mentioned in media coverage of the exhibition, though Chicago Daily Tribune critic Harriet Monroe writes that “time alone can determine whether [Cubism] will lead to anything.”

“I’d love to say people loved his work or hated his work, but…there was much more focus on Matisse,” D’Alessandro says. Picasso’s paintings and drawings at the exhibition “were less avant-garde” than another Armory Show piece, Marcel Duchamp’s Nude Descending a Staircase, “so maybe they were easier to take.”

1921 In November, the Arts Club of Chicago hosts “A Selected Group of American and French Paintings,” which features two works by Picasso. Arts Club president Rue Winterbotham Carpenter includes the artist in four other group shows and gives him five solo shows before her death in 1931.

1923 Robert Allerton, a businessman and Art Institute trustee, buys Picasso’s drawing Sketches of a Young Woman and a Man (1905) from Chicago’s Albert Roullier Galleries and gives it to the museum. It is the first Picasso to enter the collection.

The same year, the Arts Club presents “Original Drawings by Pablo Picasso,” which includes 53 pieces made from 1907–21, at the Art Institute from March 20–April 22. The artist writes to the organizers instructing them how to mount and display his work. “That show is really special because Picasso had a hand in the installation,” D’Alessandro says. It’s his first solo exhibition in Chicago.

1928 Hyde Park’s Renaissance Society includes a Picasso in its March exhibition, “Modern French Painting and Sculpture.” Through 1935, he would appear in several shows at the Ren, according to its current associate curator, Hamza Walker. “In those years, [Picasso] was shown more than any other artist.”

1954 The Art Institute acquires Picasso’s painting Mother and Child (1921). In 1968, when Skidmore, Owings & Merrill architect William Hartmann visits Picasso and shows him a photograph of Mother and Child at the museum, Picasso “disappears and comes back with this fragment of a painting,” D’Alessandro explains. “He says, ‘Give this to Chicago. They’ll know what to do with it.’ ” The fragment, a depiction of a man, had once been part of Mother and Child. “When we X-rayed the painting [to see the layers that had been painted over]…we discovered that the man was originally dangling a fish over the child’s head,” D’Alessandro says. The pieces appear together in “Picasso and Chicago.”

1963 Architects from SOM and the other two firms designing the Chicago Civic Center (now the Richard J. Daley Center)—C.F. Murphy Associates and Loebl, Schlossman & Bennett—ask Picasso to create a sculpture outside the center on Daley Plaza. “They had a list of sculptors: Henry Moore, Calder, all the big names,” recalls Fred C.T. Lo, who oversaw the sculpture’s construction as a design architect at SOM. “They said, ‘We should go for Picasso because, for over half a century, he has been the most influential artist in the world.’”

Hartmann visits Picasso in Mougins, France. He shows the artist photographs of Chicago and famous locals such as Ernest Hemingway. “Picasso said, ‘Hemingway is from Illinois? I taught Hemingway everything about bullfighting,’ ” Lo recalls. The artist accepts the commission. Hartmann continues to visit and bring gifts, such as a White Sox jersey, to keep Picasso interested in the project.

In a 1991 interview for the Art Institute’s Chicago Architects Oral History Project, Hartmann (who died in 2003) remembered presenting the maquette to the Public Buildings Commission. “They were kind of muttering,” he said, until Mayor Richard J. Daley “came in and said, ‘Hmm, I like it!’ ”

1966 During one of his visits to Picasso, Hartmann offers the artist a $100,000 fee for the sculpture. The artist turns it down, saying, “I want this to be my gift to you and the people of Chicago.” Private donors raise the $300,000 cost of materials and fabrication.

1967 On August 15, the 50-foot-tall Chicago Picasso, which weighs more than 160 tons, is dedicated before a crowd of approximately 50,000. Gwendolyn Brooks reads a poem, and the Chicago Symphony Orchestra performs.

2013 The Art Institute commemorates the Armory Show’s centennial with “Picasso and Chicago.” Before the Chicago Picasso, D’Alessandro says, public sculpture “commemorated great men, for the most part.… It was not art of our time. The Picasso was the first [contemporary public artwork in Chicago], and it led to all the other ones that are here. When we decided to do this exhibition, we felt like it was much bigger than the Art Institute.”

“Picasso and Chicago” opens at the Art Institute of Chicago Wednesday 20.