No, really: Look at it. It’s quite stunning. The chef and owner, Ryan McCaskey, cites summers spent in Maine as his inspiration for the restaurant. But the decor is not one of fishing lures and seascapes. It’s a study in rich whites, a rare exercise in the restaurant as a space of tranquility and elegance. Stylistically, it’s not unlike L2O. But experientially, it’s quite unlike it: You can laugh here. Loudly.

I like it here. And it seems the people working here do, too. The terrifically fun and keen hostess? Love her. The sweet and knowledgeable GM and sommelier, Jason Prah, who practically beams when you so much as glance in his direction, hinting that you might be interested in discussing the wine list? Love him, too. (All right, the interesting and reasonable wine list helps.)

The enthusiasm carries over to the bartender, Michael Simon, who shakes cocktails as energetically as he conceives of them. The guy’s not exempt from human error: His Corn Flakes Flip, which tasted like a grain-alcohol milkshake, was a cute idea gone completely awry. But by and large Simon’s experiments pan out fantastically, whether in a pleasantly not-sweet rum smash with a big nose of fresh mint or in the heady herbal concoction called the Amnesiac, which I unfortunately liked so much I had to set it aside after a couple of sips for fear the combination of Bitter Truth EXR (an amaro), Yellow Chartreuse, Carpano Antica vermouth and absinthe ice cubes would, true to its name, leave me unable to remember anything that came after it.

Thankfully, there’s a lot at Acadia I’m pleased to inform you I can recall. Foremost: the shrimp, sourced from Deer Isle, Maine. The plump crustaceans are interwoven with thick-cut slices of cauliflower, plated with a couple of nests of “noodles” made from cuttlefish and set on squid ink. This is a risky dish and among the restaurant’s most successful, effortlessly incorporating the allure of the seaside into a modern, unexpected combination of textures and ingredients. Flashes of inspiration like this light up McCaskey’s menu: The chef plays a lush sunchoke velouté against airy puffed rice and tart, juicy grapes; he elevates a charcuterie plate with gently smoky slices of “duck ham” and sumptuous chicken-liver mousse.

Aside from those dishes I found particularly inspired, McCaskey cooks very fine, very rich food. This is the category to which I would assign the Stonington (Maine) lobster pie, a “deconstructed” (but thankfully not overly fussy) version in which intensely flavored lobster bisque is hedonistically poured tableside around buttery lobster meat, the plate dotted with the crispy-creamy potato puffs called pommes dauphines. This is also the category in which I’d place the lobster roll: The bread is a vehicle for butter; the meat is fresh, minimally adorned and (unfortunately, on my visit) a tad chewy and stringy. It’s available on the lounge menu for the astoundingly reasonable price of $14. (For reference: GT Fish’s and Fish Bar’s are closer to $20.)

This might come as a shock considering how many times I’ve used the word rich in this review, but reasonable prices are actually one of the most impressive things about Acadia, where a meal will set you back pretty much what it would at the Publican or Maude’s. This brings me to a larger point: What’s happened to fine dining in the last few years, I think, has less to do with people wanting to pay less for a meal (though I’m not discounting this as a factor) than it does with people wanting to enjoy that meal more (or at least differently)—without the pretense of the white tablecloths and the appetizer-entrée-dessert expectation and so on. But diners’ wants are fickle, and after a few years of communing at these communal tables and painstakingly sharing these shared plates, there’s something I find refreshing about Acadia. Its tables are generously spaced. It’s not afraid to let diners feel indulged with an amuse, to treat guests on the way out the door with a little gift of cinnamon-dusted coffee cake for the next morning. Acadia offers a $12 burger (on the lounge menu), and yet it never feels as though the restaurant’s compromising its vision. It’s impressive.

But while I can unhesitatingly praise the “experience” of Acadia, I wish I could be more effusive about the food. Yes, there’s quite a bit I liked there. But there’s quite a bit I didn’t, from the congealed-tasting block of chicken to the bitter broth suspending steamed Blue Hill mussels to the unforgivable desserts. It’s a shame when a meal that hits so many high notes seems destined to end on a low one, whether that be a milk-chocolate cremeux that is about as appealing-looking as brown toothpaste or a perfectly good piece of caramelized pineapple paired with dry olive-oil cake.

These are the kind of desserts where you have to get one tiny bit of a dozen components on a fork in order to get a decent bite. Acadia isn’t supposed to be like this. It’s supposed to be luxurious in the easy way, not the precious way. It’s supposed to be like it was earlier in the meal, when a slate tile arrived bearing two small, perfect buttermilk biscuits; a quenelle of the smoothest, lightest butter; and a small pile of coarse salt. Those biscuits: Now they were something to behold. 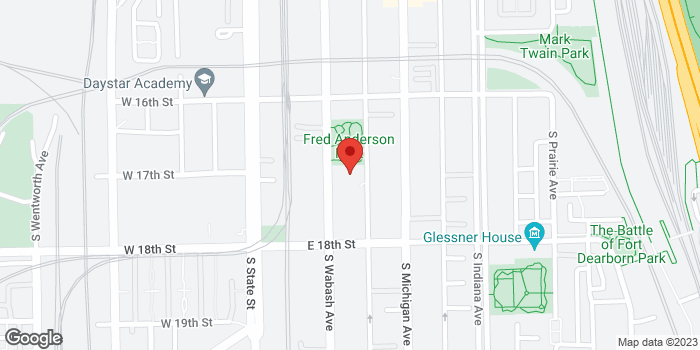