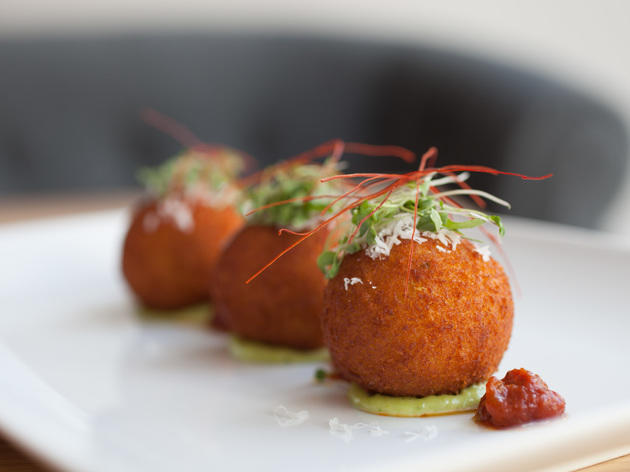 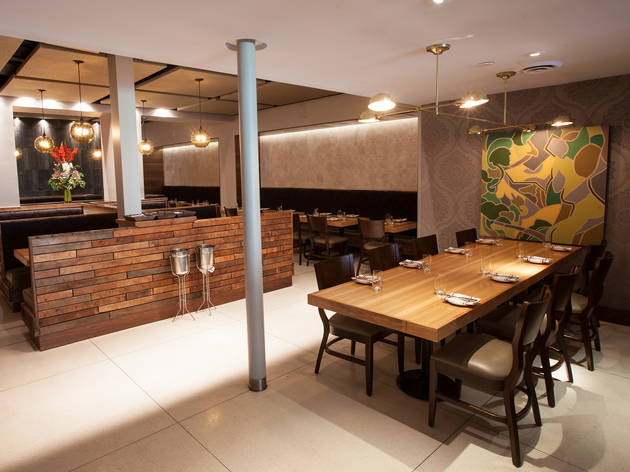 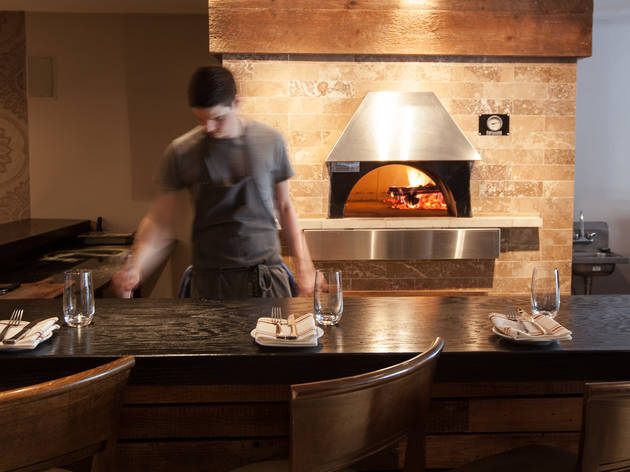 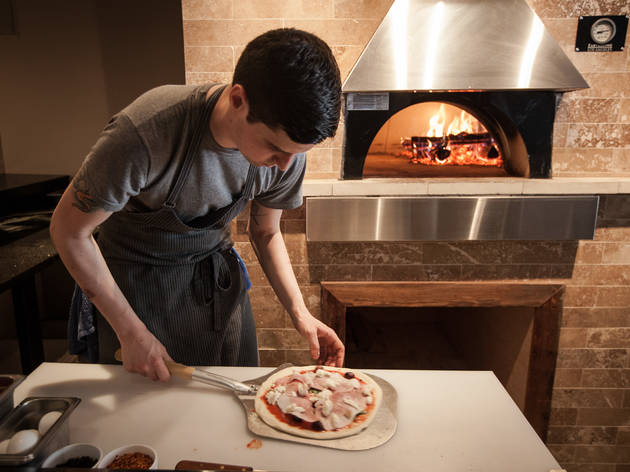 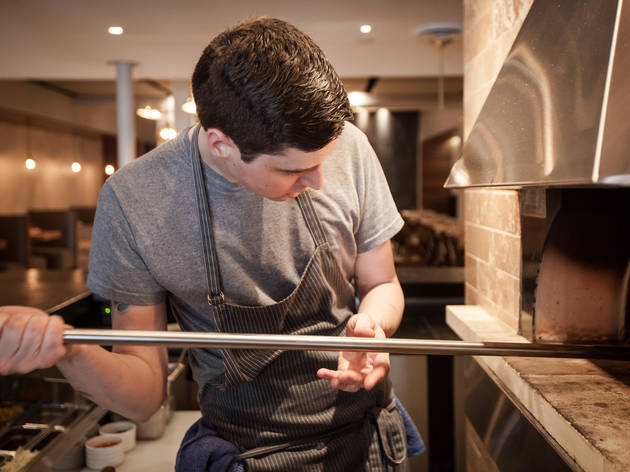 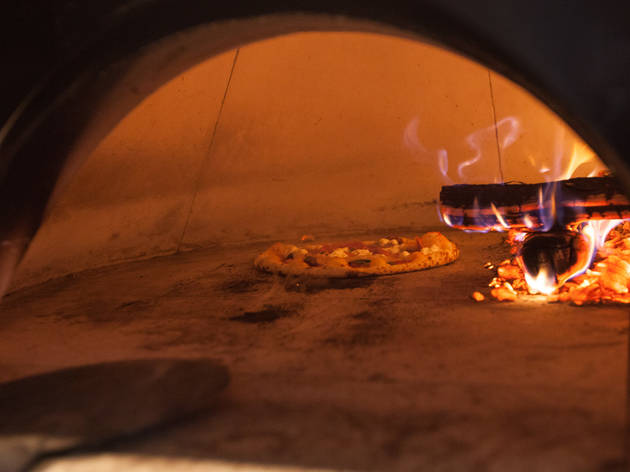 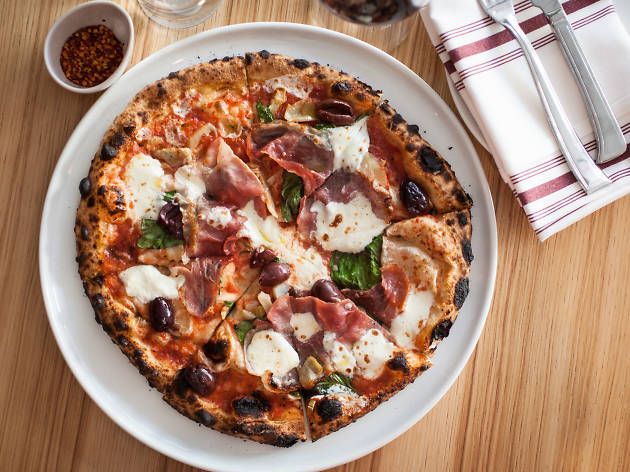 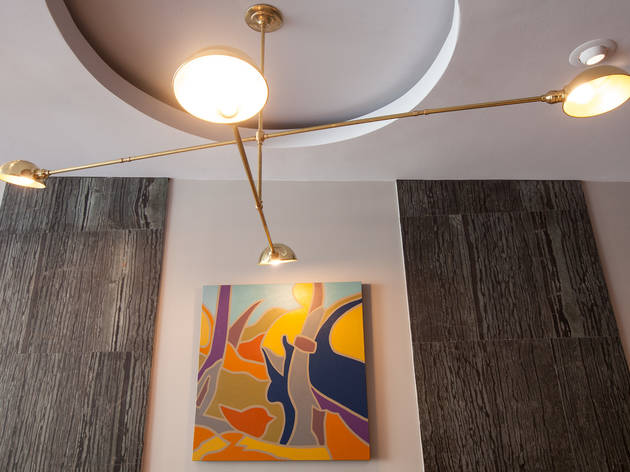 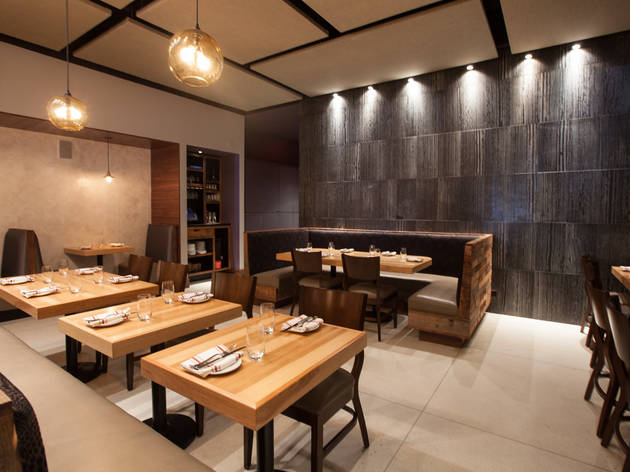 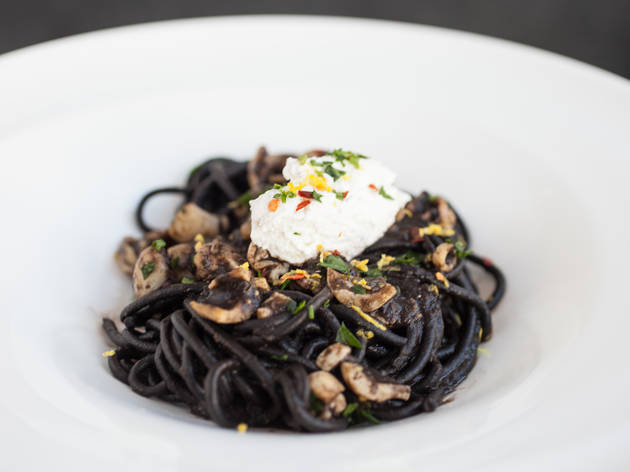 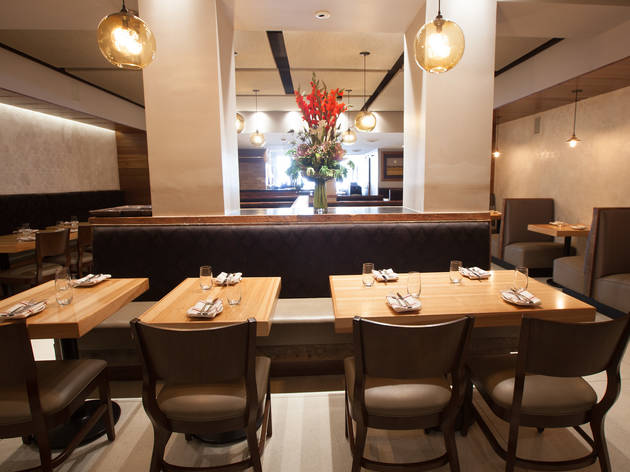 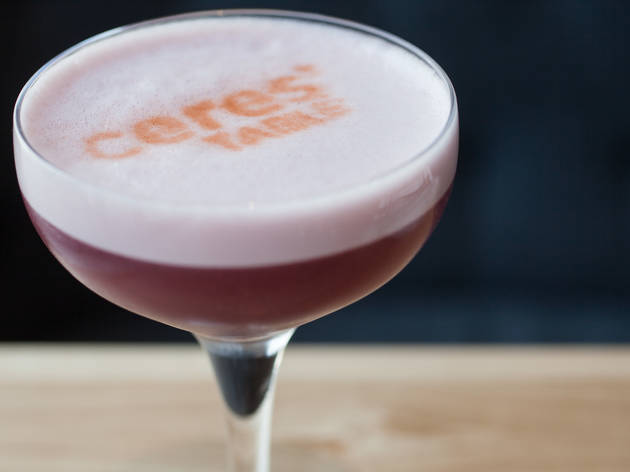 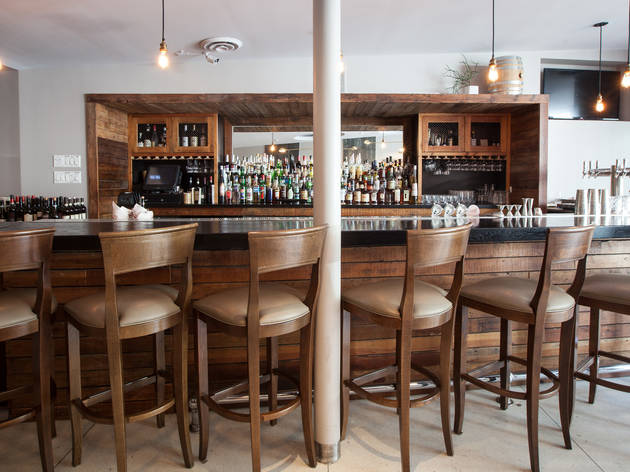 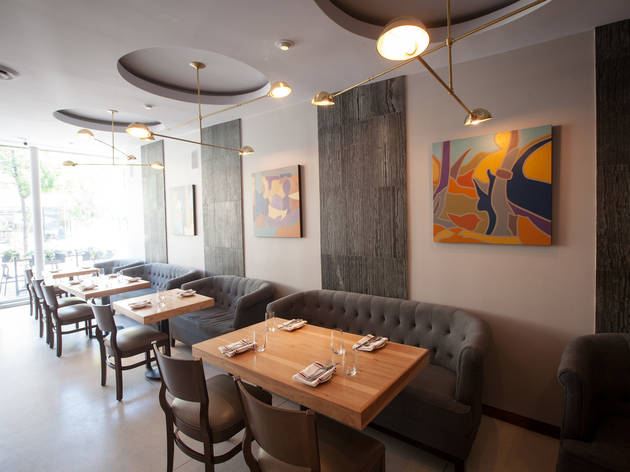 Until three months ago, I had lived in East Lakeview for years, and would often lament the pizza situation in the neighborhood. Sure, I’ve been known to stuff slices of Dimo’s into my mouth after 2am, and made a couple of trips to Blaze, the decent build-your-own fast casual place that opened in December, but besides that, if I wanted pizza, I’d head to another neighborhood.

So if I still lived there, I’d be thrilled about the re-opening of Ceres’ Table, which moved from a dull stretch of Clark Street in Uptown last month. I always liked the restaurant in its old home, but there was zero foot traffic and it always seemed a terrible location for a restaurant. So chef Giuseppe Scurato moved the restaurant to the old Frog N Snail space on Broadway and added a wood-burning pizza oven, an idea even smarter than changing locations.

That pizza oven, located smack in the middle of the restaurant, is the new star of Ceres’ Table. On a recent visit, there was a pie on every table, and for good reason: The lightly charred crust is thin, nicely chewy and well-salted, and most are topped with fior di latte, a lovely mozzarella, as well as other toppings like a delicious combination of fennel sausage meatballs and crimini mushrooms. The pizzas are simple, but at $11–$14 apiece, they’re perfectly sized for one person to have with a glass of wine while sitting at the bar.

If you’d rather share a pie or two and a couple other dishes with friends, as I did, get the arancini, one of Scurato’s trademarks. Currently, the textbook-perfect rice balls are stuffed with artichokes and taleggio, and sit atop a sweet and tangy tomato sauce and creamy basil aioli—drag the arancini through both sauces to scrape up as much as you can. Also, get the octopus, a pile of little tentacles with crisp edges, fava beans, olives and lemon. And we liked the amberjack crudo, pristine slices of fish, cucumbers and radishes, the bright flavors and colors contrasting with the downpour outside the window.

Throw in a “mixed drink” (as the name implies, the drink list is unpretentious, with well-balanced cocktails going for $9) or a glass of wine and you’ll leave happy. But digging deeper into the menu, there were some substantial misses that’ll keep Ceres’ Table from being a destination-worthy spot.

The terrific crudo was a stark contrast to the shrimp dish from the same section of the menu. The shrimp are limp and mushy and served in a bowl with a ton of grilled fennel and gummy candy-like chunks of bottarga, the pressed fish roe you typically see as fine flakes. It’s not a pretty dish. The crispy brussels sprouts, a side our server twice suggested we order, weren’t crispy and were doused with balsamic, bacon and an overly strong cheese. But the most disappointing dishes were pasta—the ricotta gnocchi was too dense and suffered further under a hefty amount of overseasoned mushrooms, while the spaghetti nero was unevenly cooked, with perfect strands entwined with undercooked ones. Chewy bits of cuttlefish seemed like an odd addition and a cold dollop of ricotta was unappealing.

I’m thankful that pastry chef Leticia Zenteno also made the trip to the new location, since she ensures that the meal ends on a high note—her gelatos are smooth and creamy, while a sizable dish of perfect strawberry rhubarb crisp goes for just $6. It’s a perfect dessert for sharing, just like those pizzas.