Service hiccups aside, Galit raises the bar for Middle Eastern cuisine in Chicago with a parade of tempting, flavor-packed shareables.

Hummus, falafel, shakshuka, labneh—hell—even pita. You will have no doubt already experienced many of the dishes on Galit’s broad-spectrum Middle Eastern menu. But this Lincoln Park newcomer from James Beard award-winning chef Zachary Engel (Shaya, Zahav) is where you go to revise the standard for how they should taste.

My date and I posted up at the long slab of a bar at first, where bar manager Olivia Duncan presides over the mostly low-octane cocktail lineup. In the bittersweet Shrub Don’t Shrug, puckering rhubarb is reduced with green cardamom, sugar and vanilla, then cut with champagne vinegar and aperol for an appetite-stirring sipper. My date, who has a food allergy, was immediately won over as Duncan listed the safe options without so much as a pause; her Orange You Glad cocktail was savory and low-proof, with saffron-infused vermouth and tonic syrup. Then Duncan wordlessly closed out our bill just in time for the host to walk over and guide us to our seats—the quiet, seamless sort of hospitality that cushions you without you knowing it.

Sadly that was the sole service highlight; we received one duplicate order that resulted in an awkwardly long exchange, while two other dishes didn’t show up at all. (Our server brought them later, making up for it with free dessert.) Our glasses sat empty for long stretches. At first, I chalked this up to our location—tucked in a perimeter booth in the private dining area lit by the dim, yellowish cast of a Marriott conference room. Though I couldn’t help but notice the contrast as a seeming Someone Of Note seated next to us received rapt attention throughout.

But oh, the food. Everyone who dines here should begin with salatim (an array of dips and pickles) and hummus, each served with fluffy, charred pita balloons. The hummus, damming a pool of grassy olive oil, was creamy and light as air. Swiping it with a hunk of tomatoey, four-hour “Bubbe’s Brisket” catalyzed a moment of pure bliss. The salatim followed like technicolor Middle Eastern banchan: sweet little cipollini onions perfumed with coriander and mild feta; tangy, smooth labneh bathed generously with more olive oil; spicy ezme with tomatoes and peppers.

We flitted to Tunisia by way of crackly, fried redfish and catfish morsels sided by (more!) sauces, including avocado labneh tinged with preserved lemon; then to Iraq for kubbeh, little croquettes of succulent lamb ragu encased in a craggy saffron-rice shell. The crunchy morsels grew tastier as they cooled in a sauce of sweet raisin and almond purée. Galit’s custom eight-foot charcoal hearth turned orange- and cumin-glazed carrots with hazelnut and coriander dukkah into something revelatory. Smoky harissa awoke my taste buds as I tucked into the spicy comfort of Balkan lamb-stuffed cabbage.

We ended with pours of arak, a headily anise and grappa liquor that Middle Easterners sip with mezze, but Engel smartly positioned as a digestif. My date’s had a saccharine funk that lingered on the palette; mine a clean rush of aniseed that carved just enough room for a few bites of a clunky, dry take on the Georgian cheese bread khachapuri, which was saved by its silky hazelnut creme patissiere and tarragon ice cream topper.

As we awaited our Lyft, it was maddening to focus on service pitfalls after such sublime eating. But you can’t help but fear someone might skip a return trip for such a reason. And yet, I already picture myself back at Galit, ordering a spread of dips and kubbeh for one, which I’ll wash down with a head-clearing nip of arak, posted up at Duncan’s serene bar.

What to eat: There are no bad decisions, though the smaller bites are standouts: hummus, salatim, fried fish and kubbeh shouldn’t be missed. Or forego the hard work of choosing with The Other Menu, a tighter series of shareables for $65.

What to drink: Bar manager Olivia Duncan’s chef-driven cocktails are balanced and understated, like the negroni-ish Sunset on Halsted with aronia berry liqueur and mastic. Engel presides over the memorable wine list, with hard-to-find pours from Lebanon, Israel and Bulgaria. He also writes the hilariously accessible descriptors, like “Andie. Listen, hon. It’s after 7pm don’t waste that lip gloss,” on a Slovenian pinot grigio.

Where to sit: If booking ahead, try to nab one of the perimeter booths along the front windows in the 62-seat front dining room. The 17 counter seats that ride the open kitchen are perfect for watching the action. 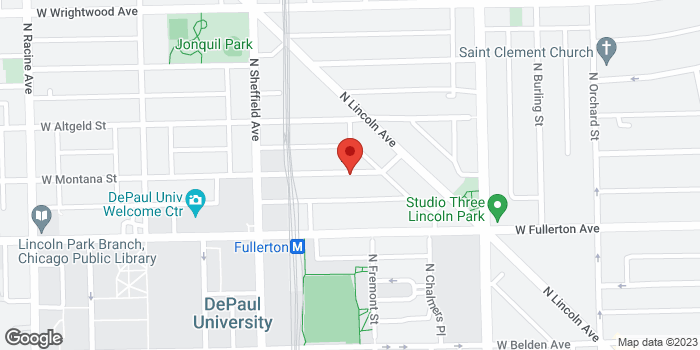