I’m eating my words right now. Well, technically I’m eating damn good barbecue, good enough that I’m silent at the table—a rarity. Typically in this situation I’m annoying the hell out of my friends, bitching about dried-out meat, lack of smoke and blah sides. And while I try to enter every meal with an open mind, my first visit to Lillie’s Q began with an incredible case of skepticism—all of which I would later come to eat, bite by bite.

Can you blame me? Lillie’s Q sits on the hipster/yuppie divide of Wicker Park/Bucktown, where every weekend there’s a stroller race to beat the brunch crowd to Caffe De Luca. These people don’t seem much like barbecue folk, but they’re rubbing elbows at Lillie’s Q nonetheless, spending the hour wait working through the admirable beer list or nursing Lillie Palmers, moonshine-spiked takes on an Arnold. Could good barbecue be served in a stylish room sporting exposed brick and flat-screens showing sports? As I said, I was skeptical, even more so when the flustered manager playing host greeted us with a blank look, throwing his hands up in the air as he said, “Well, guys, it could be ten minutes, it could be an hour. I really don’t know what to tell you, because I was wrong all last night.” (We would come to call this guy Carolina Cousin, assuming he got the job by way of relation to chef-owner Charlie McKenna. This theory remains unconfirmed.)

Exhibit C in the case of Skepticism v. Lillie’s Q: McKenna. A CIA grad who spent three years as Avenues’ sous chef before taking a GM position for Lucky Strike. A guy who, back on that first visit, was working the room in flip-flops and the kind of long, baggy jeans my teenage cousins insist upon walking on until the hems are frayed beyond repair. A chef in flip-flops does not inspire confidence, no matter his pedigree. And a pit master in flip-flops? That’s just downright unheard of.

But then I saw the massive Memphis in May trophy sitting on the bar. Turns out McKenna and his pop formed a competitive barbecue team from Pop’s home base of Greenville, South Carolina. That team placed in the top ten in Memphis in May’s pork-shoulder category for the past five years running. But Pilsen’s Honky Tonk BBQ lays claim to similar fame, and as nice as Willie Wagner is, you could say he’s had trouble transferring that success to restaurant form.

Not McKenna. Location, Carolina Cousin and flip-flops be damned—this man has a hit on his hands. That pork shoulder is worthy of its trophy, prepared the same way at Lillie’s (Grandma’s name, by the way) as it is for competition: rubbed with a brown-sugar spice blend then plopped into a custom-built smoker from Georgia-based D.W.’s Kountry Cookers (fully insulated, hence the lack of smoke in the air). Peach wood is wedged below the charcoal so it smolders as ash feeds it, the heat hovering around 225 degrees for ideal slow-and-low cooking. The pink-tinged pile of juicy pork doesn’t need sauce, but it’s even better with a drizzle of the Carolina, a brilliantly balanced vinegar-based blend with just enough tomato to keep my Kansas City taste buds happy. All five of the housemade sauces are lappable, with the Smoky Heat a perfect match for the baby back ribs, which, thanks to their leanness and sticky glaze, are probably the only thing I ate that didn’t bowl me over. Still, the meat is moist and smoky, and even as the weak link, they’re better than 90 percent of what’s out there.

Like the server who forgot our appetizers on one visit, I jumped ahead to the main event here, but starters are good enough that I’ve already been back twice to have them at the bar as beer snacks. Give the thick slices of beer-battered pickles a dunk in ranch, slather pimiento cheese on toast, pry open a hot boiled peanut and you could almost convince yourself you’re sitting in a Red State roadside tavern. The blackening-spice broth infused into those peanuts doubles as the liquid for the Low Country Boil, a Carolina classic executed perfectly at Lillie’s. The shrimp are plump and juicy, the andouille has just enough kick, the corn is soaked through with salty broth, and the crab is actually worth the work. Add to this lemony chess pie, impossibly creamy grits, and lard-laced corn bread and you have so many well-executed Southern standards that it was hard to believe McKenna actually grew up in California—until I had the tri-tip.

Texas has its brisket, the Carolinas have pulled pork, and California has the tri-tip. Like McKenna, the tri-tip was born in Santa Maria, California. The triangular cut from the bottom sirloin emerged as a West Coast specialty in the mid-century, a lean but tender middle ground between steak and roast, ideal for smoking and slicing. At Lillie’s, it arrives as pink and as soft as prime rib but with a bit more structure and plenty of smoke that can only come from real barbecue. The tri-tip will be for Lillie’s what the brisket was for Smoque—the gavel to squash any case of Skepticism. 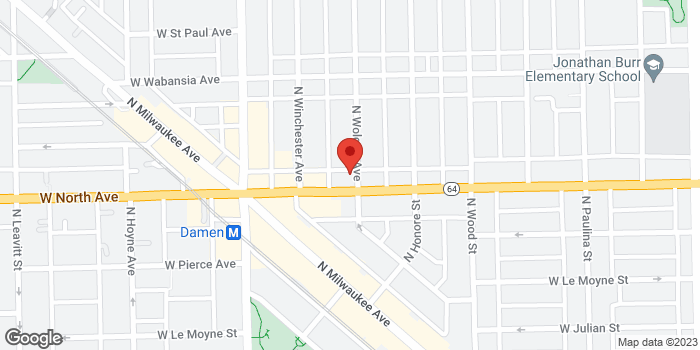