A regal-looking English coat of arms hanging over the entrance to Owen & Engine bears the motto “Sapiens qui vigilat.” It means “He is wise who watches,” and it’s the Fowler family crest, formed by the Anglo-Saxons and dating back to at least the 17th century. Bo Fowler, the brains behind Owen & Engine, might have married into the name (her husband, Arden, is her business partner), but she’s owning it, showing that she has in fact been watching, paying careful attention to not just Chicago’s undying love affair with gastropubs, but how to stand out from the crowd of suitors.

If there’s a Chicago pub whose design is more carefully curated to trigger the Dickens-public-house-gastro-comfort receptor our American brains have come to understand, I haven’t seen it. Beckoning like a glowing ember on the hellishly trafficked corner it shares with City North theaters and a Burger King, Owen & Engine’s facade hints at what’s inside: enough dark wood and amber sconces to lull away the worst of days, to make even ugly people appear beautiful, and to turn dinner into a three-hour affair, guided by brown beers and hearty food. Beautifully textured damask wallpaper, hand-carved room dividers sporting etched glass, a gorgeous antique mantel over a working fireplace, Persian rugs laid over lovingly restored wood floors—this is either the setting for one very authentic game of Clue or it’s my new favorite place to eat and drink.

It’s more likely the latter, and based on the three times I’ve been to Owen & Engine already, I’ve settled into three truths: The study-like second floor is even more seductive than the main room; the beer geeks behind the bar know their stuff, from the cask-conditioned ales to the Euro-heavy bottle list; and the way the kitchen is executing food, it deserves its own coat of arms. This is not the half-assed fish-and-chips thrown out by pubs more suited for buffalo wings and mozz stix. This is classic British comfort food, seemingly simple but deeply flavored. In the Welsh rarebit, it’s accomplished to the letter à la London’s famed bar at St. John, the melted cheddar deepened with Worcestershire and stout before being broiled on brown bread. Bangers and mash are just as untouched and unfussy, the peppery housemade pork links and mountain of butter-yellow Yukon getting, and needing, nothing more than a slosh of onion gravy. Massive haddock fillets are flown in fresh daily from New England waters, dunked in an eggy flour-and-cornstarch batter and gently crisped, arriving as flaky and ethereal as the fries do crunchy and substantial.

But Owen & Engine’s ode to authenticity is not lock, stock and barrel. At times, chef Charles Burkhardt puts out gentle reinterpretations seen more at London’s new guard of gastropubs, the Gun Docklands or the Coach & Horses. In Burkhardt’s excellent charcuterie plate, a hunk of pork rillettes sits on a smear of apple butter, velvety rabbit liver pâté is countered by salty-sweet pickles, and a fresh lamb sausage (traditionally never seen on a charcuterie plate) is grilled just enough to crisp the casing but keep the meat juicy. Curried lentils and a raita -like yogurt alongside perfectly cooked lamb chops give a nod to the U.K.’s Indian presence, but those chops are pure Illinois, grass-fed at nearby Mint Creek Farm, and more flavorful because of it.

Just as Burkhardt takes occasional liberties to modernize-but-not-bastardize (having his Yorkshire pudding with a Flintstone-sized rib eye could reform roast beef traditionalists forever), pastry chef Crystal Chiang presents the classic banoffee pie as more of a trifle, using a clear glass jar to hold layers of caramelly, cooked down condensed milk with bananas, chocolate cream and soft wafers. A close cousin to the very-American Nilla wafer banana pudding, it’s equally comforting. Like every aspect of Owen & Engine, it puts us at ease, soothing a sort of primal nostalgia for the past, whether it’s ours or not. 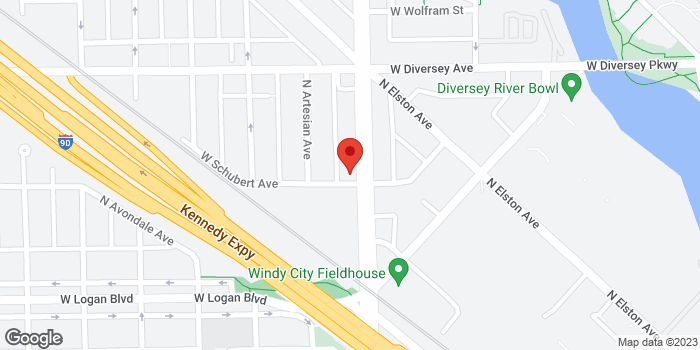