Visitors to Zagreb tend to make a beeline for the cathedral and St Mark's church. And while they're certainly worth admiring, the architecture fiend should know that the Croatian capital's finest buildings exceed the ecclesiastical variety. There's hardly a movement since Art Nouveau that hasn't left a trace here, and startling examples of the avant-garde are lurking at every corner. Here's a history of Zagreb in ten remarkable buildings. 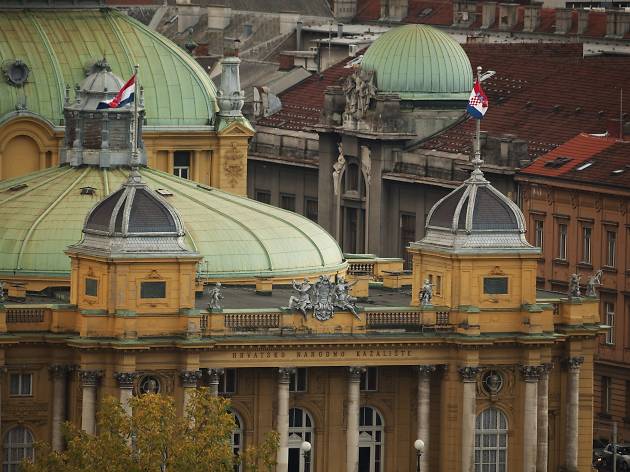 Opened in person by none other than mister big whiskers himself Emperor Franz-Joseph I, the National Theatre still sports the kind of golden-mustard paint job that was all the rage during the Austro-Hungarian Empire’s belle époque. It was designed by Viennese theatre-building tandem Ferdinand Fellner and Hermann Helmer, who together built over 40 opera houses, concert halls and drama venues throughout Central and Eastern Europe between 1872 and 1913. They provided each project with the kind of Neo-Classical, Neo-Baroque, Neo-everything sense of grandeur that their provincial clients most wanted. It’s well worth grabbing tickets for a performance here in order to take in the fin-de-siècle opulence of the plush auditorium, lined by gilded boxes and balconies. Box office 10am-1pm Mon-Sat (01 48 88 415, www.hnk.hr) 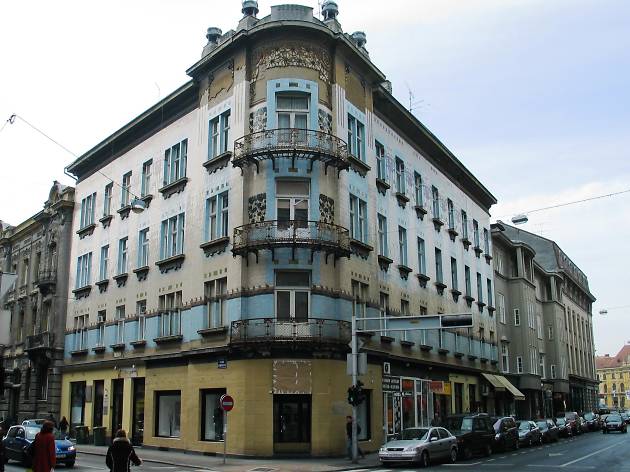 Designed for ceramic tile-producer Josip Kallina by Vjekoslav Bastl, Kallina house is the best surviving example of Art Nouveau in the city. Most eye-catching of the many decorative details are the series of floral patterns high up on the curving facade, and the ceramic-tile frieze of bat motifs at first-floor level. 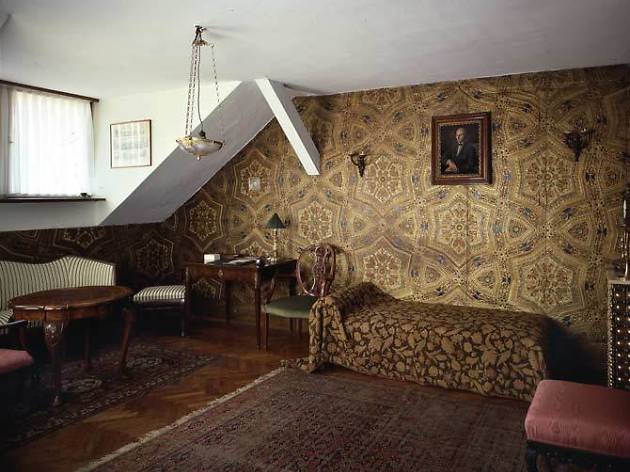 Architect Kovačić designed this residential building and took one of the top-floor flats by way of payment. The interior is still very much as Kovačić designed it, complete with original kitchen, period furniture, and deliciously loud Cordoba wall-coverings. As an example of how arty-designer types lived a century ago, it’s a real treat. The flat is open to visitors on Thursdays only; 10am-5pm. 01 48 55 911, www.mgz.hr 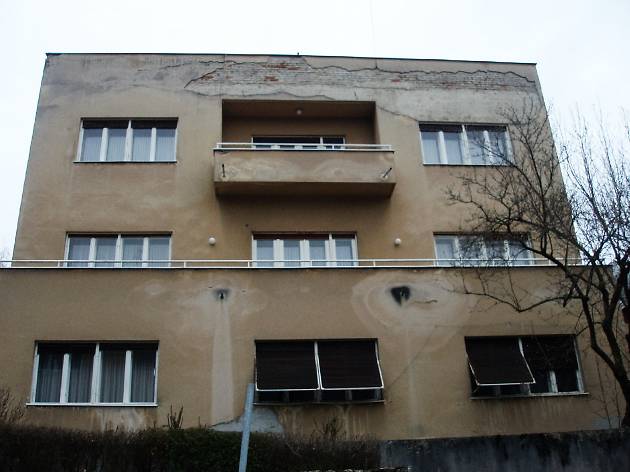 The leafy winding street that is Novakova ulica is lined with a unique ensemble of Bauhaus inspired villas, beautifully well-proportioned slabs of angular architecture that today represent some of the city’s most highly-valued real estate. Many different architects worked on the street, although the houses at No.9 (Slavko Löwy) and Nos.28 & 32 (Bogdan Petrović) are the ones to go and gawp at if you’re writing a thesis. 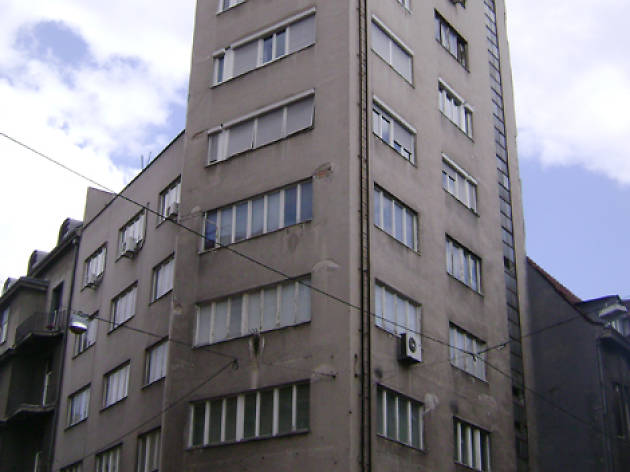 The façade of Slavko Löwy’s nine-storey apartment block has been so badly neglected over the years that it now looks like an ugly grey stump. In fact it is arguably the most graceful and well-proportioned example of modernist minimalism in the city. The fact that it was dubbed ‘Zagreb’s First Skyscraper’ at the time of its completion provides some insight into the city’s low-rise nature at the time. 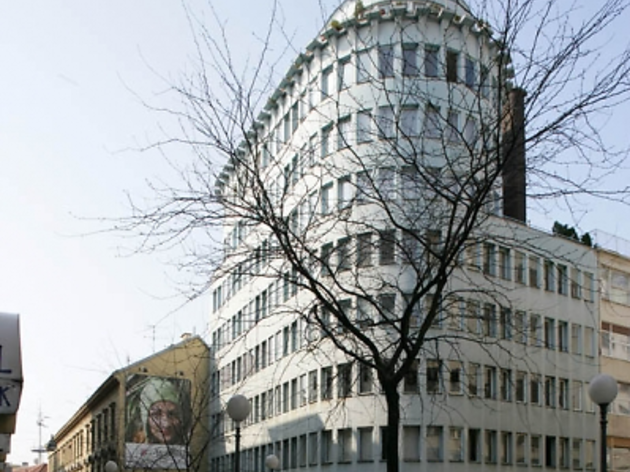 Stjepan Planić’s sensual, curvy, powder-blue building was ordered by Napredak, a cultural association that catered for the needs of the Croatian community in Bosnia. The stubby protrusions that run around the crown of the building are supposed to reflect the cog-wheel motif that formed part of the association’s crest. 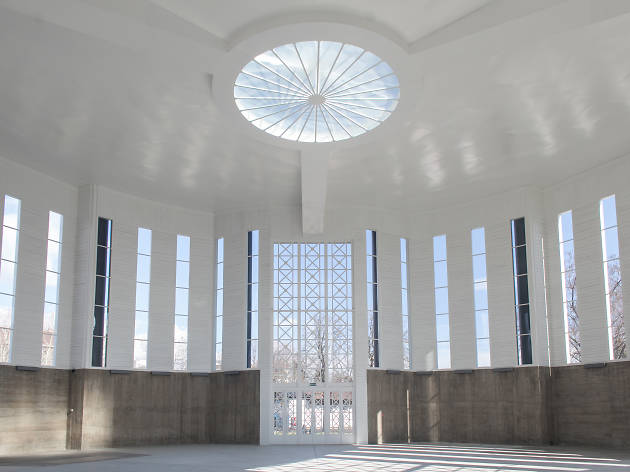 Lurking at the back of the Student Centre complex, beside the &TD Theatre, this enigmatic cylinder has been wrapped in restorers’ tarpaulin for what seems like years. This innovative combination of steel, concrete and wood started out as the French exhibition pavilion of the Zagreb Fair, which occupied this site until 1955. Despite being used to stage theatre performances in the mid-1990s, the badly maintained building was in an accelerating state of disintegration by the time the century turned. Now the subject of a high-prestige restoration project, it looks set to serve once again as the most evocative performance space in the city. 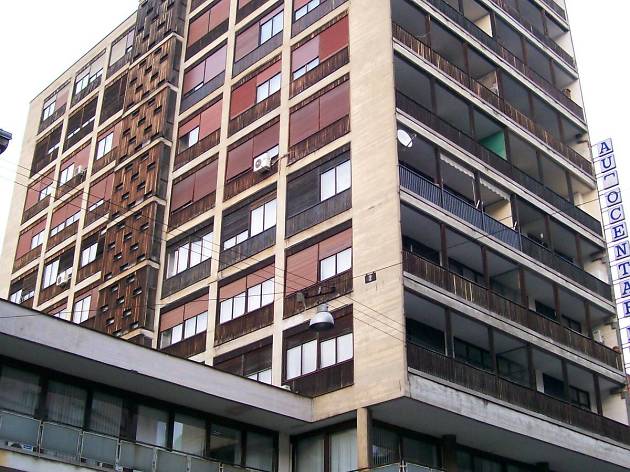 One for the connoisseur of modern concrete with a twist, Drago Ibler’s residential block gets its name from the wooden panelling that is used to jazz up what would otherwise be a plain functional exterior. With brown picket-fencing on its balconies, it looks like an eleven-storey village shed. 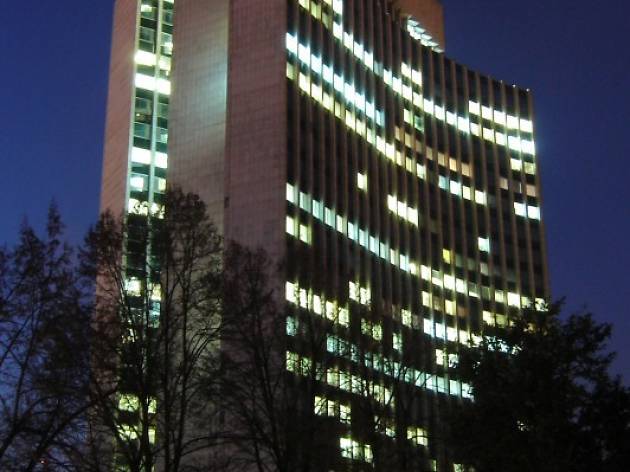 Designed by Slavko Jelinek and Berislav Vinković, the 23-storey Zagrepčanka was long the butt of jokes due to the fact that tiles started falling off the façade soon after its completion, forcing office workers to scuttle through a jerry-built wooden tunnel on their way into the building. In pure design terms it has stood the test of time better than expected: with its curving surfaces, and flying-v profile, it possesses an elegance unmatched by any of the corporate office blocks that have sprouted up in Zagreb since then. 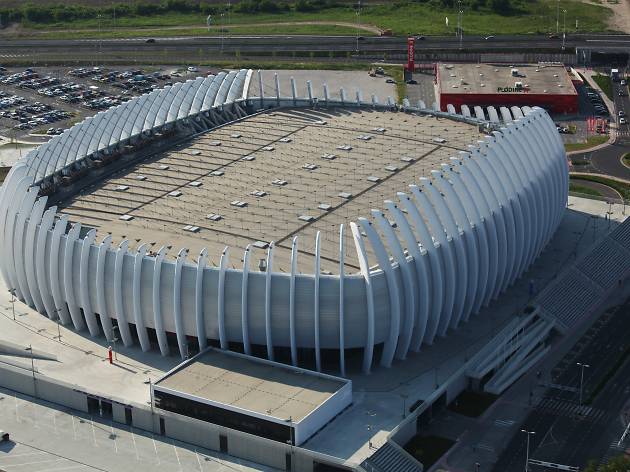 Built for the 2009 world Handball Championships by the UPI 2M practice, this building looks rather like the skeleton of a beached whale, with huge white concrete pillars curving skywards around its rim. As well as hosting sport events, the 22,000-capacity Arena has also provided Zagreb with a venue capable of hosting the international pop aristocracy. Beyoncé, Lady Gaga and Shakira have already taken full advantage.