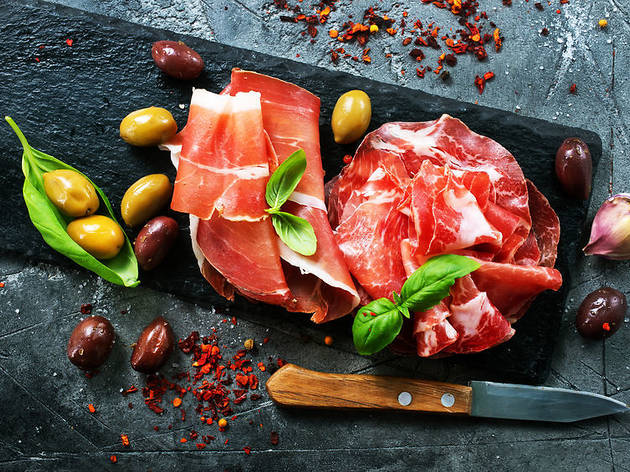 Incredible seafood from the morning's catch, eaten before a backdrop of the sun setting across the Adriatic near Dubrovnik. Indulgent slices of truffle shaved onto fresh pasta dishes in sight of a hilltop town in Istria. Smoke-flavoured barbequed meats served on a Split or Hvar terrace alongside smiling friends. There's a whole world of unforgettable gastronomic experiences in store for any visitor to Croatia. However, some of these are not uniquely Croatian. Similar can be found elsewhere on the Mediterranean. But, Croatia does have its own unique food produce and some of it is protected at both a national level and a European level. Three European Union schemes of geographical indications, PDO, PGI and TSG, exist to distinguish traditional and unique produce. They ensure integrity by dictating that only products genuinely originating from a certain region (often ones with unique geographical or climatic assets) are allowed to be identified as such. Croatia has several products protected in this way at European level. Here you can find out about each of them and we recommend you try as many as possible while in the country in order to gain a true insight into the great gastronomic delights of authentic Croatia.RECOMMENDED: Everything you need to know about Istrian olive oil 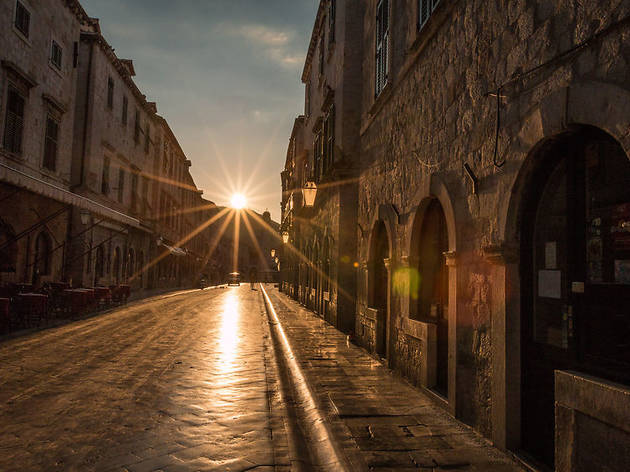 The rebirth of Dubrovnik

The sun has shone strongly across the Dubrovnik city walls for well over six weeks now. The month of May should have seen Dubrovnik's tourist season in full swing. But, the streets have been almost empty. One of the most popular city destinations on the Mediterranean, Dubrovnik's unique architecture, history and well-established hospitality has been drawing the travelling elite for over 100 years. In the last two decades, they've been joined by thousands disembarking each day from huge cruise ships. But the city port now lies relatively silent. You can walk the alleyways alone.   © Sasa Sobot   Croatia's successful handling of the pandemic has now allowed travel restrictions to be lifted. Over the last two weeks, visitors have started to return. The Croatia that greets them – quiet, calm, unhurried, relaxed and peaceful – is unlike any most past visitors will have known. In Dubrovnik, like elsewhere, people have spent their time refurbishing premises and at home with family. But now, with the smell of fresh paint still in the air, the restaurant tables are being arranged and the sound of unfamiliar languages can once again be heard on the streets.   © Maris Cosmai Pavičević   As Dubrovnik wakes from its enforced slumber, we interview three of the city's leading industry insiders, each operating in very different aspects of the city's tourist-reliant business sector. They reflect on life under lockdown - a bittersweet gift that's offered pause for thought – and look forwar 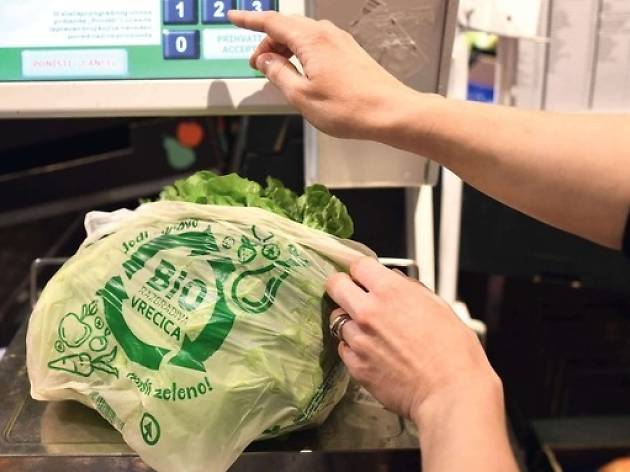 The Croatian public is enthusiastically supporting ecological issues and the fight against plastics, despite the extra cost. Supermarket giant Spar have revealed they sold one million biodegradable bags in 2019, even though the bags carry a small charge. Non-biodegradable bags for fruit and vegetables in Spar remain free, but many shoppers chose the small, extra charge in order to help the environment. Spar have well over 100 outlets in Croatia and are one of the major supermarket brands in the country. The supermarket also offer other biodegradable bags within their stores, including paper bags in which bread and pastry products are sold. 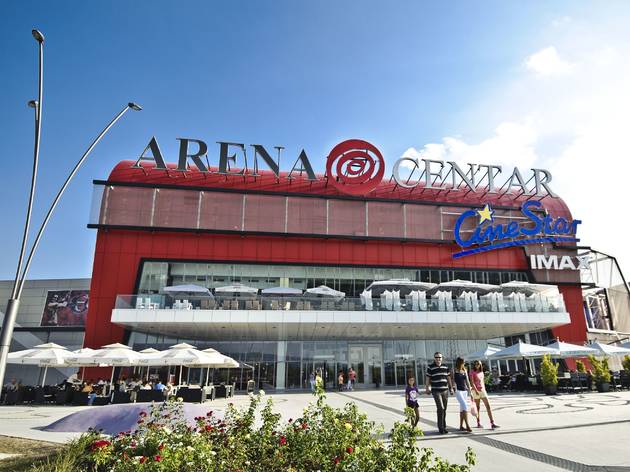 Following the renovation and opening of its Arena Park area, Arena Centar Zagreb has become the biggest shopping mall complex in Croatia. The mall's end of year report for 2019 recorded unprecedented business results with the mall having received 10 million visits. Arena Centar Zagreb was expanded in 2018 and its Arena Park area built in 2019. While there are larger mall buildings in Croatia, the edition of this new section now makes Arena Centar Zagreb the largest overall mall complex in the country. Arena Centar Zagreb is located to the south-west of Zagreb city centre, south of the river Sava, in Remetinec and is easily reachable by public transport. In summer, the mall is a popular one-stop choice for tourists in Zagreb who want to pick up last-minute essentials, cosmetics and clothes before heading to the coast. 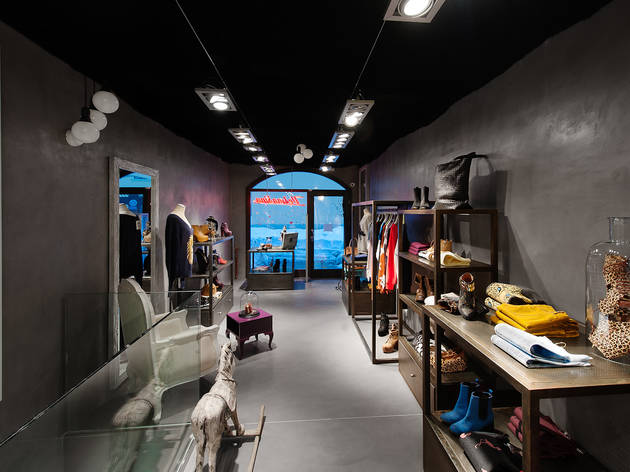 In Zagreb, shopping has undergone a makeover. From being a staid and rather quaint shopping backwater, the Croatian capital can now justifiably claim to be a hub of contemporary design. But for all these recent developments, Zagreb has not lost its traditional charm. The Dolac market behind the main square is still everyone's first port of call for fresh fruit and vegetables, and second-hand record stores abound. Read on to find out where to go shopping in Zagreb. 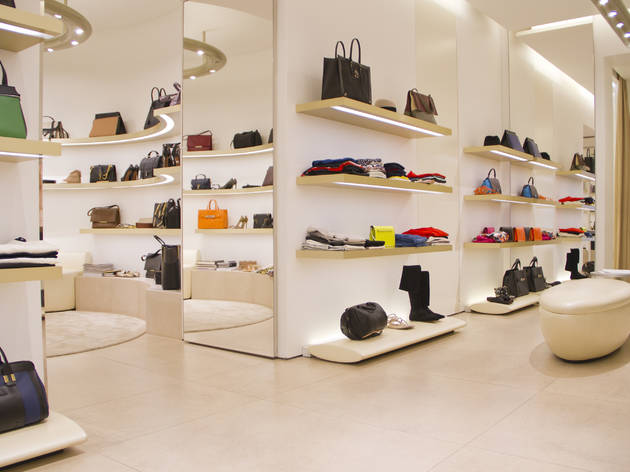 Arguably Croatia's leading luxury boutique, Maria was launched in Dubrovnik in 2007 and opened up in Zagreb in December 2010. On sale are the latest collections by top international names across the whole spectrum of pret-à-porter collections, including Gucci, Stella McCartney and Balenciaga. It's not just a question of fancy frocks: ultra-glamorous (and ultra-expensive) shoes, bags and belts are there to be tried on too. 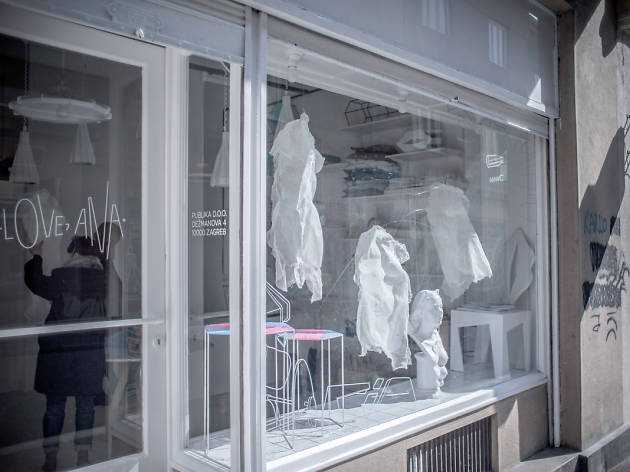 Designer Ana Tevsić started her own "Love, Ana" label, a line of quirky interior furnishings and accessories, in defiance of the current market crisis. This is her own sleek shop/studio; she sells a variety of her own designs, including her most famous "Chew On This" wall-hanger, and also stocks products from other promising designers, along with a variety of multilingual magazines. An interesting place to pick up something both useful and original. 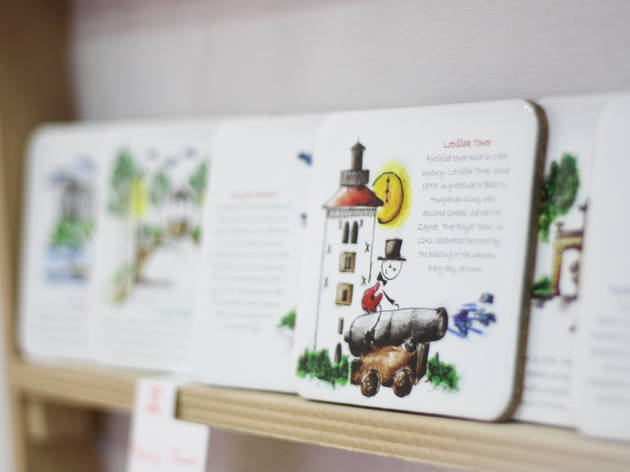 The aim of this exemplary little shop near the lower station of Zagreb’s funicular is to stock all those quality products made by Croatian designers that also work well as souvenirs – in the sense that they’re small enough to fit in your luggage and might also be useful once you actually get them home. There’s a lot to choose from here, from Ana Horvat’s eccentric-but-loveable animal soft toys to SexyPlexy’s wear-with-care coloured-shard necklaces. Playful present ideas include Žvig’s one-shot rakija mugs carved from walnut wood (they only stay upright when empty), and Hidden Garden pendants with real herbs inside. For those prepared to splash out on something for the home, Lidia Bosevski’s ceramics convey arty elegance; while Filip Gordon Frank’s Mini Me desk lamp is already something of a Croatian design icon.

A florist shop nominally, this is a spot where art and flowers intersect. For a tourist's purposes, Saša Šekoranja's shop is the best place to give your hosts a thank-you-gift flower arrangement that shows you both have an insider's knowledge of town and ample amounts of taste. You'll see the sign prominently above the door in the direction of Britanski trg from the main square. This is Šekoranja's flagship shop. The artist and flower magician also has a gallery, Velvet (at Dežmanova 9 – next to his café of the same name), which sells delicate design elements for the home: china, lamps, sculpture, etchings, and odd-but-welcome findings such as organic bowls made of roots, herbs and leaves. 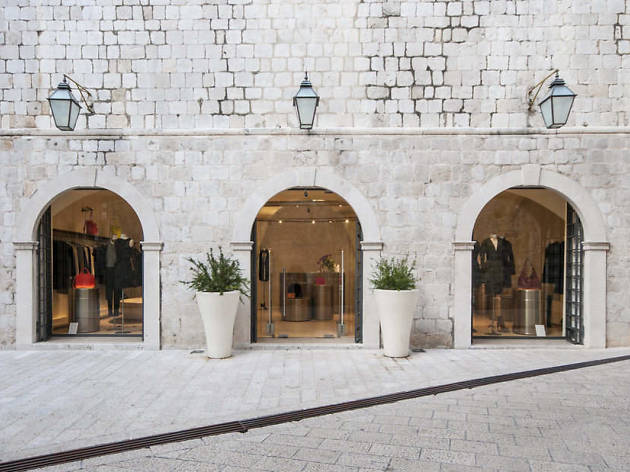 Strategically located near Stradun street, the Maria Store is one of the few places in Croatia where you can find a battery of major international names such as Givenchy, Lanvin, Valentino, Saint Lauren and Stella McCartney, all laid out in a light, relaxing space designed by Italian architect Marco Bonelli. Prices to match the quality and atmosphere on offer. Staff are approachable, though, whatever you're looking for. 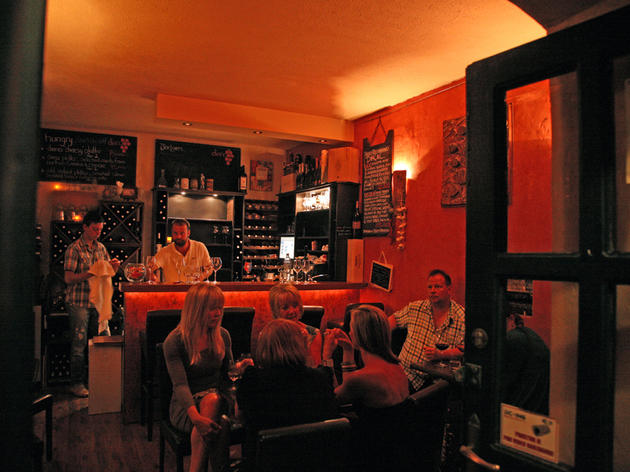 Opened in 2008, Dubrovnik's first real wine bar is presided over by Australian-Croatian Sasha and his friendly and informative team. D'Vino manages to stock more than 100 varieties, 76 available by the glass. Every decent Istrian, Slavonian and Dalmatian label is here, including Grgić Plavac Mali and Zlatan Plavac. The house wine begins at 25kn and the venue lays on wine tours. Savoury meat-and-cheese platters are tailor-made to complement the wine. It's a comfortable, modern, intimate space to enjoy a drink – with a few seats outside in summer. 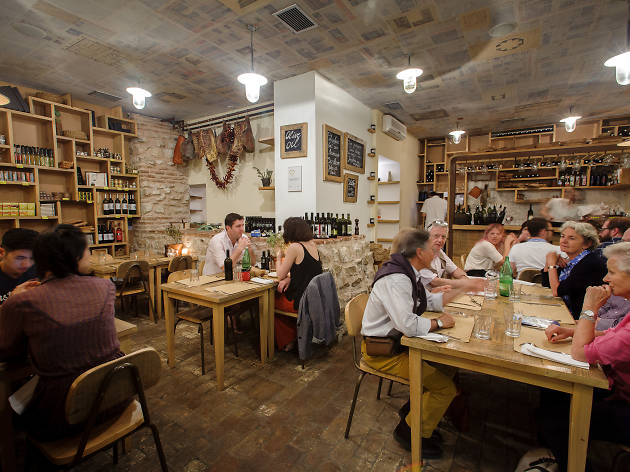 Dubrovnik outlet for the Split-based deli outfit, selling jams, pickled capers, marinated seafood and all manner of Mediterranean goodies. It's also a good place to stock up on Brachia olive oil from the island of Brač. 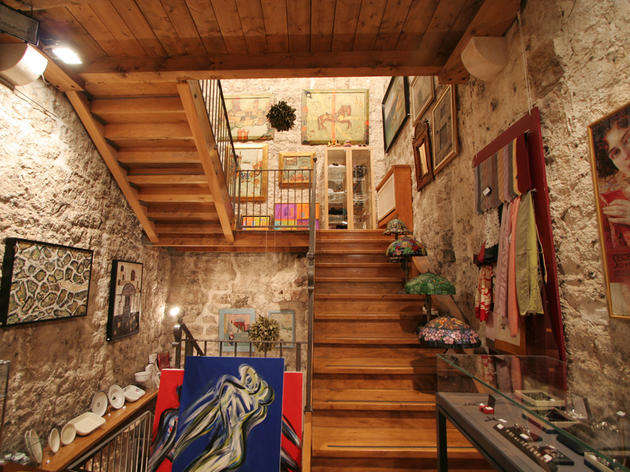 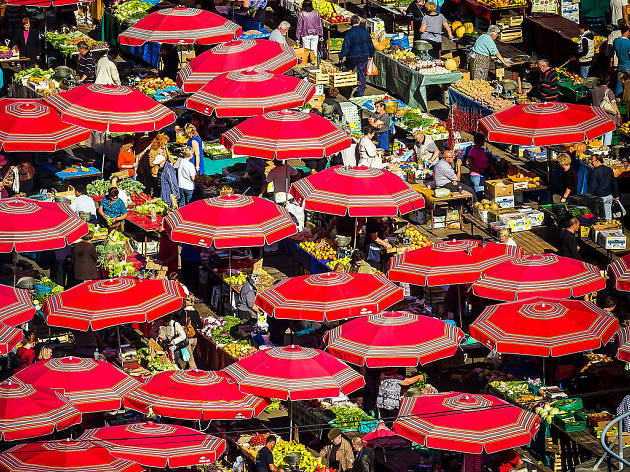 The daily market, on a raised square a set of stairs up from Jelačić, has been the city's major trading place since 1926. Farmers from surrounding villages come to sell their home-made foodstuffs and some of the freshest fruit and vegetables you'll ever taste. In the covered market downstairs are butchers, fishmongers and old ladies selling the local speciality sir i vrhnje (cheese and cream). Flowers and lace are also widely available. Alongside, the renovated fish market, ribarnica, sells fresh produce every day but Monday. 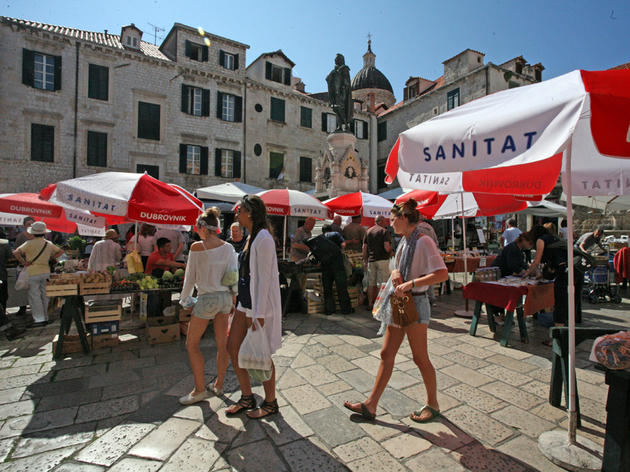 A good place to pick up your beach picnic contents is this popular market in the heart of the Old Town. It mainly sells fruit and veg but you'll also find nuts, olive oil, lavender, honey and local spirits.