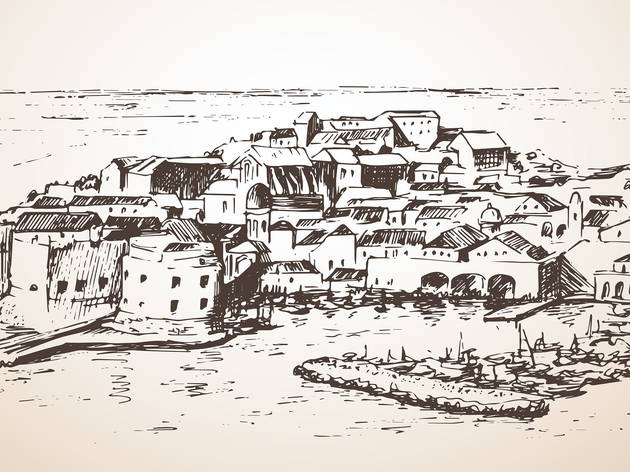 As we brace for the future, let’s reflect on the past.  The concept of the quarantine as we (all too well) know it today wasn’t always around. History’s worst pandemic is thought to be the Black Death, which took between 75-200 million lives in the 14th century. As a desperate attempt to stop the spread of disease, the world’s first-ever quarantine was implemented in 1377. Its inventor? The Republic of Ragusa, one of the medieval Mediterranean’s greatest maritime powers. Today, we know the creator of the quarantine as Dubrovnik. During a March 16 press conference, the World Health Organization’s general director Tedros Adhanom Ghebreyesus declared quarantining the currently ongoing pandemic’s best opponent. Ghebreyesus implored “…the most effective way to prevent infections and save lives is breaking the chains of transmission. And to do that, you must test and isolate.” So what can we learn, if anything, from the history of quarantines in the city that invented them? The world’s first quarantine Dubrovnik’s response to the Black Death pandemic (1348) and other 14th-century plagues (1358, 1361, 1363, 1371, 1391) At the beginning of the 14th century, Dubrovnik thrived, encompassing a city within its famed walls (which are popularly known as the setting of Game of Thrones’ King’s Landing) and its surrounding villages. Latin, Italian, and Croatian were spoken in the multinational republic, whose citizens enjoyed long-term economic and political stability. Trade and diplomacy flo 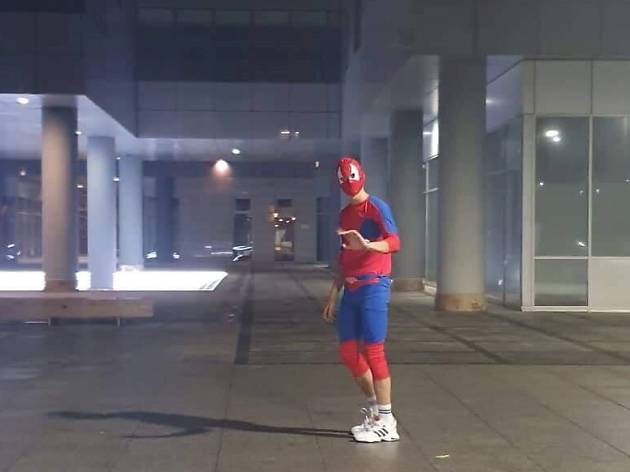 The streets of Osijek have been quiet of late and not just because of social distancing. Since Time Out Croatia reported in late January about the city's very own Spider-Man (main picture), little has been seen or heard of the mysterious masked figure. He has not been caught jogging by the Drava, nor scaling the old city walls. However, news from Manchester today suggests that Osijek's Spajdi might have reappeared in the home of English football and music. © Peter Parker Spider-Man has been seen exercising in Manchester suburbs over recent days Residents of Stockport in the Manchester suburbs have today reported seeing a figure dressed as Spider-Man who, this past week, has roaming the streets for an hour daily. Under UK government guidelines, people are only supposed to leave their homes for essential shopping and for an hour's exercise each day. In behaviour suspiciously similar to Osijek's Spajdi, this masked man has been using his hour a day to run around the suburbs. He waves to children isolated in their homes, cheering them up as he goes by. © Peter Parker Spajdi's visits have become so eagerly anticipated that some families have even started placing requests in their windows for him to stop by at their homes. Elsewhere in the Manchester suburb, another set of Stockport residents has been delighting locals by placing bears in their garden. The furry friends can be seen undertaking a different task or pastime each day. © Stockport bears With Manchester Spider-Man' 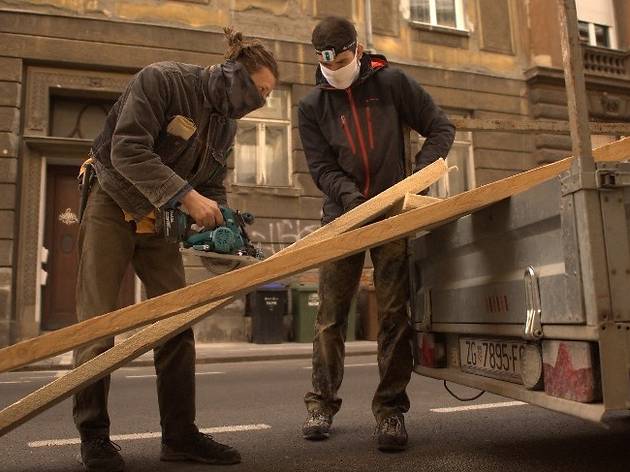 It's over a week since Zagreb's earthquake. If it were not for the Coronavirus lockdown, by now you'd expect things to be getting back to normal. Like the people who once walked here, the streets are now empty of the rubble and masonry felled by the earthquake. But, much damage remains, hidden atop buildings and inside apartments.It is this concealed damage which still brings one group of young Zagrepčani (Zagreb residents) onto the streets each day, travelling from neighbourhood to neighbourhood in response to pleas from the people. What started out as repairs to their own roofs, then their neighbour's, has become an effort rolled out to anyone who asks for help. © Filip Jelavić 'I was surprised at all the damage we saw,' says martial arts coach and lawyer Filip Jelavić, one of the five friends answering the calls for help. 'In the media, we all saw the same photographs of pieces of buildings which had fallen onto cars or the road. But, all the photographs were taken on the ground. When you go high up, you can really see a different level of damage.' Alongside his girlfriend Ana Jovičić, her brother Petar Jovičić and two longstanding friends, Vedran Lovinčić and Toni Renaud, Filip has spent the past week in the apartments of strangers, on ladders above their dwellings, or down in the street fashioning makeshift and essential repairs.Speaking to Time Out Croatia from his home on Tuesday 31 March, Filip is out of action today. 'I ended up in hospital yesterday after working 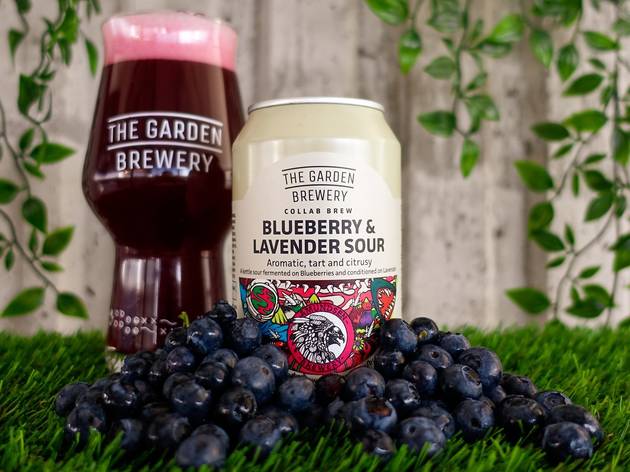 There's no inflated bar prices, tip or taxi home to pay at the moment, so now's the perfect time to get to know some superior beers. Zagreb's award-winning The Garden Brewery is offering free home delivery to anyone in Croatia ordering 24 cans of their fine ales. And they're inviting you all to the online launch of their new Blueberry and Lavender sour. Anyone this week making an order online will get a free can of the Blueberry and Lavender sour (use the code BLUEBERRY to get a your free can). Brightly purple, tart, citrusy and fruity, the Garden's new sour has been made in collaboration with Amundsen Bryggeri of Oslo. You can try it alongside the head brewer, brewery director, Amundsen and their online guests this Friday. © The Garden Brewery The brewery recommend placing your order before midnight on Wednesday 1st April to make sure you get your free beer in time for the launch and invite you to ask the lads there anything you like about this new beer or their others. The Garden Brewery's current range include a stout, a pilsner, an IPA, a Citrus IPA, a regular pale and their Session Ale, although they'll be announcing details of their two newest creations this Friday too. The beer launch begins at 8pm. If you click to attend the Facebook event and invite a friend to join, you'll automatically be up for winning one of three 150 kuna beer tokens to use online. And, if you sign up to the brewery's newsletter, you get a 15% discount on your next order. Cheers! 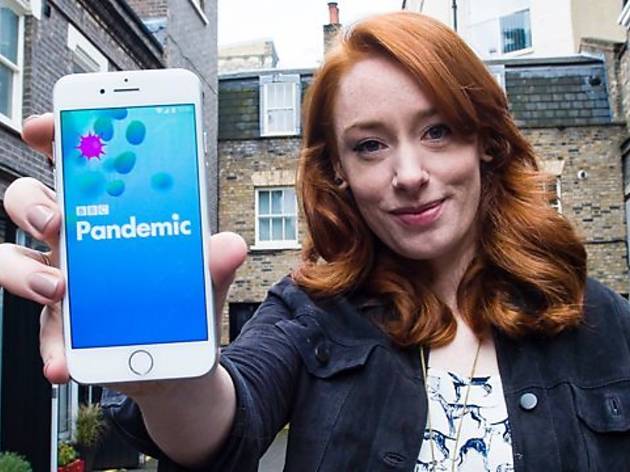 It was only meant to be a simulation. When the BBC and Cambridge University enlisted the help of Zagreb-based software designers Q, the app they wanted them to build was for a dress rehearsal. Employed between September and November 2017, the BBC Pandemic App was used to show how a highly infectious flu could spread across the UK. Its results helped make that year's 'Contagion! The BBC Four Pandemic' tv show. But, the app is now being used to predict the spread of Coronavirus, helping to control the outbreak and plan the public health response. © The Q Agency The award-winning Q Agency, who last year were among the fastest-growing software design agencies in Europe, have had 200 clients so far, including global brands like Facebook, Volkswagen and The Times newspaper. Their project with the BBC was initiated to coincide with the 100th anniversary of the Spanish flu outbreak. Hoping to get 10, 000 to sign up to the social experiment, some 100, 000 actually downloaded the app, pushing it to become the then-most popular medical app in the UK's Apple Store and Google Play. The app anonymously charted a person's movement and could therefore help assess the spread of a flu-like virus. After the documentary was aired, the app continued running for a year and this data was collected and analysed by Cambridge University and the London School of Hygiene & Tropical Medicine. The Q Agency's association with the BBC did not end after the data collection. They were recently contacted by 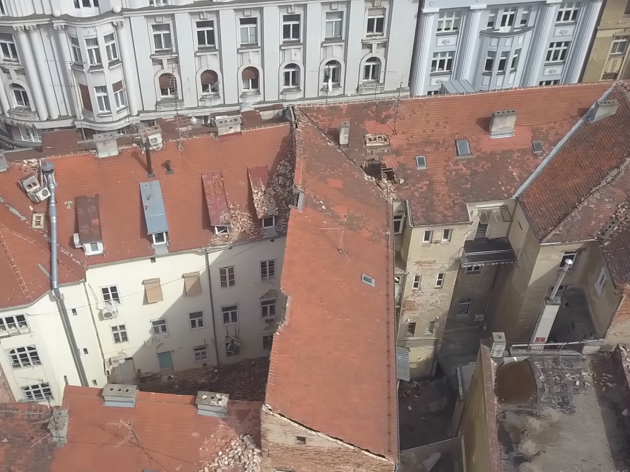 The earthquake experienced by Zagreb some eight days ago shook buildings, felled masonry and dislodged tiles on many roofs, with older buildings in the city centre being some of the worse hit. With emergency services and building surveyors stretched at this time, some residents have set about assessing the damage themselves. Zagreb-based video maker and cameraman Viktor Sarić has stepped in to help by using his drone. Viktor can usually be found filming such things as sports events or making breathtaking videos of agricultural work. But, he has put his talents to a different use in order to keep city centre dwellers safe. After being called by a friend to use his drone to look at damage to his friend's building, Viktor subsequently received similar requests from people in other parts of the city. He was happy to help. His compilation video shows the earthquake damage from a unique perspective and his work has prevented people needing to climb ladders in order to check on their buildings. 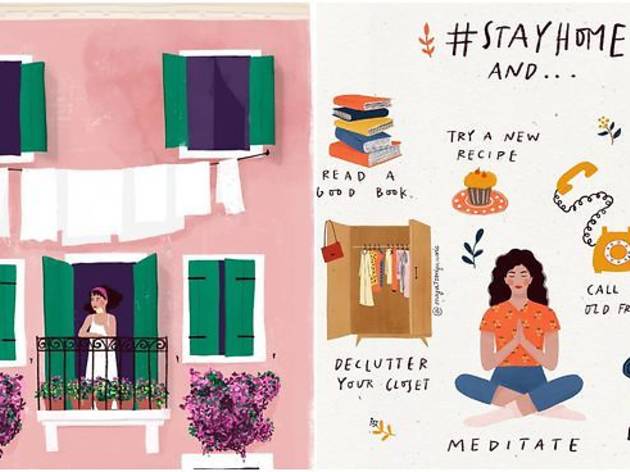 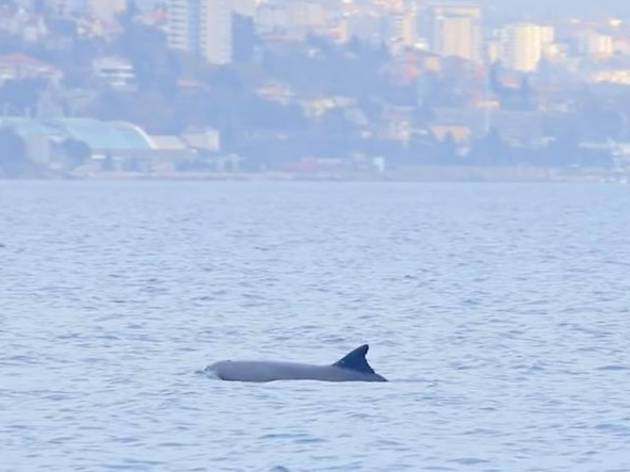 It might still be a little too cold to expect to see swimmers on the beach. But, at this time of year, the waterways of Kvarner Bay should be busy with ferries, leisure boats, cargo ships heading in and out of Rijeka and fishermen. Sunday afternoon's noticeable lull in activity seems to have had the effect of coaxing some of the shyest residents onto the shore. Opatija-based photographer Marin Ćuk Vurnek captured a moment of dolphins and ducks swimming together on his hometown side of the bay. When publishing the video, in which you can see Rijeka's tower blocks in the distance, Marin optimistically suggests that the global quarantine may be helping nature regenerate. It's certainly a rare treat to see these solitary swimmers splashing about in such close proximity to one another. 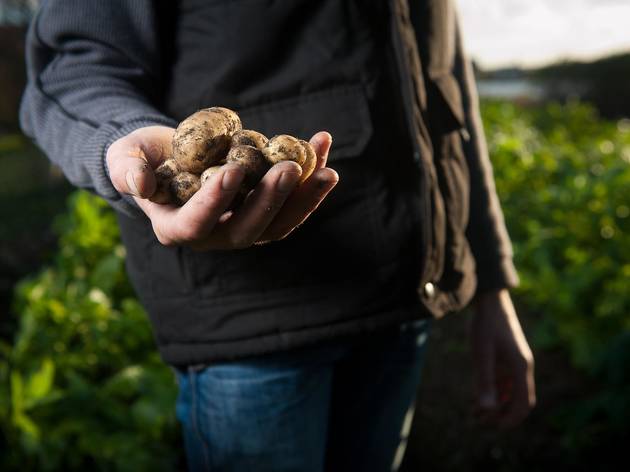 Marketplaces in Croatia were fully shut down on March 23 as an anti-coronavirus effort. The measure was enacted to ensure maximum public safety against the ongoing pandemic, but left many small-scale family farms (which are a legal entity known as OPG - obiteljsko poljoprivredno gospodarstvo - in Croatia) with no way to earn income. The days that followed kicked off a scramble to find alternative ways for family farms to sell (and for citizens to buy delicious, healthy local produce). On March 28, the Croatian government decided to allow reopenings for certain marketplace stores and kiosks selling food, hygiene products, medicine, veterinary-medicinal products, agricultural medicine and food for animals. Market stands, however, remain closed. Despite these measures which resulted in their own struggles to make a living, even to exist, family farms are selflessly paying it forward to help currently struggling communities. We're bringing you three inspiring examples of family farm owners turned philanthropists. OPG Manuela Babić © Manuela Babić Manuela Babić owns a family farm of the same name in the Krapina-Zagorje region's town of Luka, a 35-minute drive from Zagreb. Following the capital city's March 22 earthquake, which only added pressure to COVID-19 crises in the region, Babić made a decision to help. She is giving away between 200-250 home-grown eggs to those most in need, on a weekly basis, each Friday. Deliveries will be made via the Red Cross, Caritas and other char 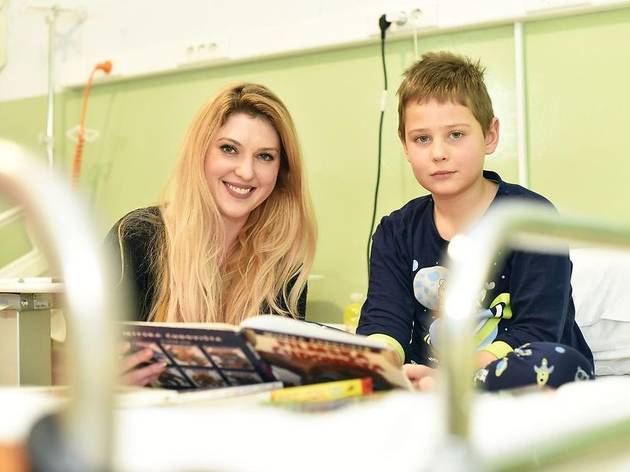 Charity project Teta Pričalica was founded in 2009, since gathering over 700 volunteers from across Croatia to read bedtime stories to hospitalised children each night. The project's goal is to help bring light and happiness into the lives of ill children. Not only are children and parents immensely grateful for their work, 24 Sata has, late last month, recognised and rewarded them with the prestigious annual 'Pride of Croatia' award for 2019. © Teta Pričalica In 2006, Portić, an association for child welfare, was founded in Rijeka. To date, they've launched numerous volunteer projects, one of which is 'Teta Pričalica', literally translating to 'lady storyteller'. Female and male volunteers read to children every single night in five cities across Croatia: Rijeka, Zagreb, Split, Čakovec and Pula.  © Teta Pričalica Since March 22, due to COVID-19 isolation measures, the project has moved online. Volunteers continue to read on the Portić Facebook page and Instagram page.   Screenshot of volunteers' videos on the Portić Instagram page     A well-deserved congratulations to all tete (and, of course, gentlemen) pričalice!