D is for Design

People have been talking up the idea of a Croatian design boom for quite some time. And it’s finally beginning to look as if the scene is capable of living up to the hype. Last year's opening of the Croatian Design Superstore served as symbolic proof that the country’s creatives were actually churning out enough quality products to fill a decent-sized shop. It’s also becoming clear that the country’s prime festival of design, Dan D (‘D-Day’) it is increasingly perceived not just as the year’s most important event for the creative community, but as one of the key summer events for the city as a whole.

First held in 2010, Dan D has grown to become a major showcase for young designers from Croatia and the surrounding region. It’s also a major social event, with thousands of visitors milling around the stands before enjoying drinks, snacks and a DJ-generated soundtrack in the yard outside. A collaboration between the Croatian Designers Society (Hrvatsko dizajnersko dru∫tvo or HDD) and the Pepermint agency, sister of the city’s Peper- mint bar and club, Dan D is a prime example of how Zagreb’s cultural events have been reinvented as happenings – almost like rock festivals in which the music has been replaced by some other creative activity. Above all, Dan D has created major media ripples, ensuring that Croatian design is much more present in local magazines and newspapers than it ever was before. 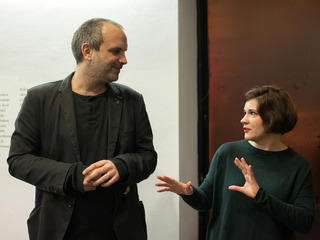 As one of Dan D’s programme directors, design critic and TV presenter Marko Golub explains: ‘Design events on this scale had never happened in Zagreb before 2010. The main idea was to put all creative individuals on the map, as it were, and give them a voice. It gave young designers the opportunity to show their work and attract future clients. It was very useful in connecting designers fresh out of school with the business community. What we want to retain further is this youthful energy, and the idea that networking is going on between people from totally different backgrounds’.

There’s an important regional element too: both the Mixer Festival in Belgrade, and Skopje Design Week have been regular contributors to Dan D. Together they form part of Young Balkan Designers, a regional promotional platform. According to president of the Croatian Designers’ Society Ivana Borovnjak, ‘Scandinavian design has been a recognised brand on the global scene for some time, so it seems logical to try and do the same thing with the region here. The term ‘Balkan’ still sounds somewhat edgy, and certainly can’t be applied to all areas of culture in the region. But the design scene in south-eastern Europe is still relatively small, and there’s a strong sense of community’.

One other major project overseen by the Croatian Designers’ Society is the Croatian Design Exhibition held every two years in the Arts & Crafts Museum. It shows the best design work of the last 24 months and gives out the kind of prizes that are beginning to be regarded as significant career markers.

One thing that characterises the design scene in Croatia is how many designers end up self-producing their own designs. The country’s erratically handled transition from Communism to capitalism had a disastrous effect on local industry, causing a sharp decline in the number of companies that were in a position to hire designers and manufacture their designs. The fact that Dan D is always held in an abandoned post-industrial or post-Socialist building is a cute way of referring back to an industrial might that no longer exists. 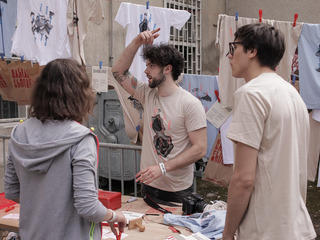 Younger-generation fashion designers such as Roba and Dioralop have ended up producing their own wares and selling them in their own shop due to the lack of major Croatian labels capable of taking up their ideas. For similar reasons, design practices such as Grupa, responsible for fantastic domestic light fittings and free-standing lamps, have taken it upon themselves to manufacture and distribute their own lines. Of the few local companies still working with local designers, north-Croatian furniture maker Kvadra, retailing under the brand-name Prostorija, has knocked out a series of prize-winning chairs and couches – including the Revolve sofa bed, co-designed by the HDD’s Ivana Borovnjak.

However, these kind of companies are few and far between, and it’s no surprise that Croatia’s designers have to become multi-taskers. ‘It’s natural that designers have to take on different roles,’ says Golub. ‘They also have to be managers and entrepreneurs.’ ‘Nowadays the designer has to be like a self-promoting pop star,’ adds Borovnjak. ‘In the past it was rarely necessary to say who was the designer of a particular table or chair.’ Tables and chairs were indeed two of the things that the Croatian design industry used to do so well. ‘During the Socialist era a lot of good design was done in Croatia because the local tourist industry needed it,’ Borovnjak continues. ‘Hotels had to be built and supplied with stylish furniture.’

Nowadays a whole hotel can be kitted out with fittings ordered from Italy or even further afield. As Borovnjak concludes, ‘Even tourist souvenirs are imported from other countries rather than locally made’.