Peterjon Cresswell shows a new side to the Slavonian town of Vukovar – in fact, many new sides, so far 18 in total

Written by Time Out in association with the Croatian Tourist Board (HTZ).Tuesday 3 December 2019
FacebookTwitterPinterestEmailWhatsApp
Advertising

Think of Vukovar and you think of its symbols: the prehistoric Vučedol Dove, the Water Tower, and its local shoe factory.

Now a new series of images is defining this city on the banks of the Danube.

Much of it was created recently – at a major international event here in June 2019, in fact. The third, and so far biggest, stret art festival involved five painters from as far afield as Brazil and Indonesia. Their creations embellished five locations to add to the dozen or so others produced in 2017 and 2018. 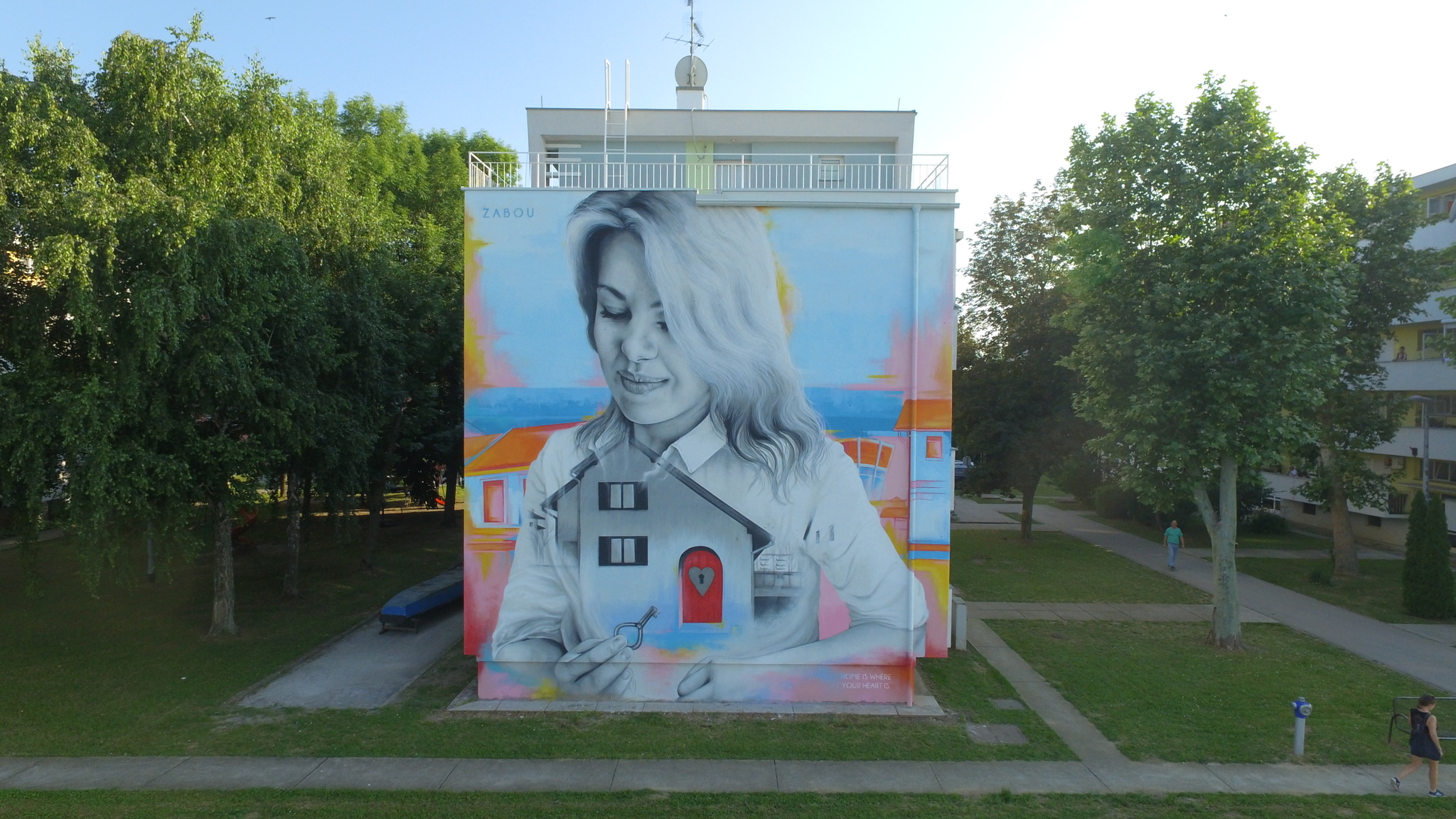 'This is a new concept in the city’s urban culture,' says co-organiser Krešimir Herceg. 'It promotes Vukovar as a place which accepts all artists and creators of exceptional value. We can change the visual identity of the city and make it more beautiful for residents, just as any painted city becomes more attractive to tourists.' 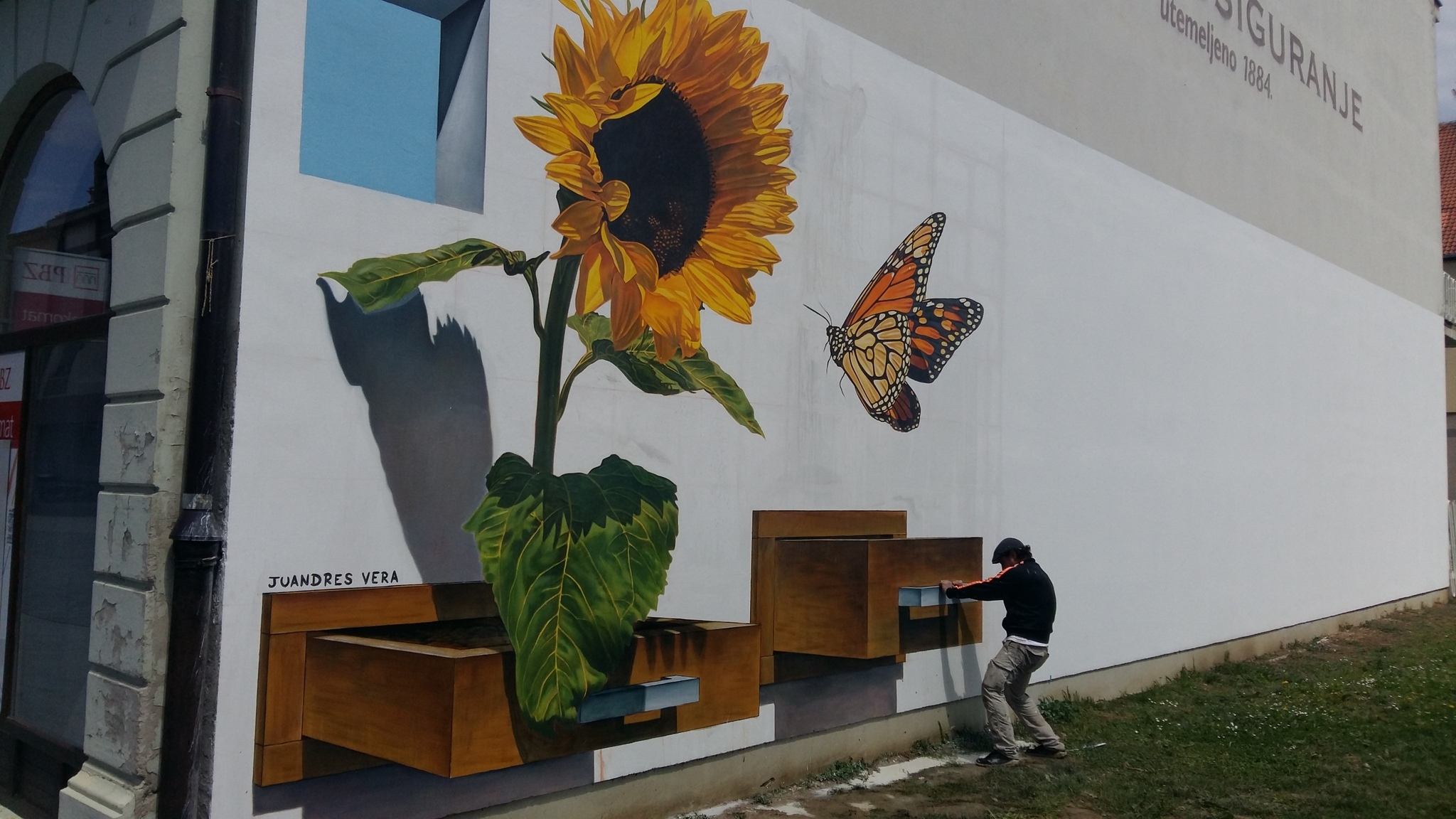 The murals, exemplified by 2019’s Vagabond by Lonac on riverfront Županijska cesta and Dating by Wild Drawing (WD) at out-of-town Hrvatskog ratnog zrakoplovtstva, have one thing in common: they were all created with perspective in mind. 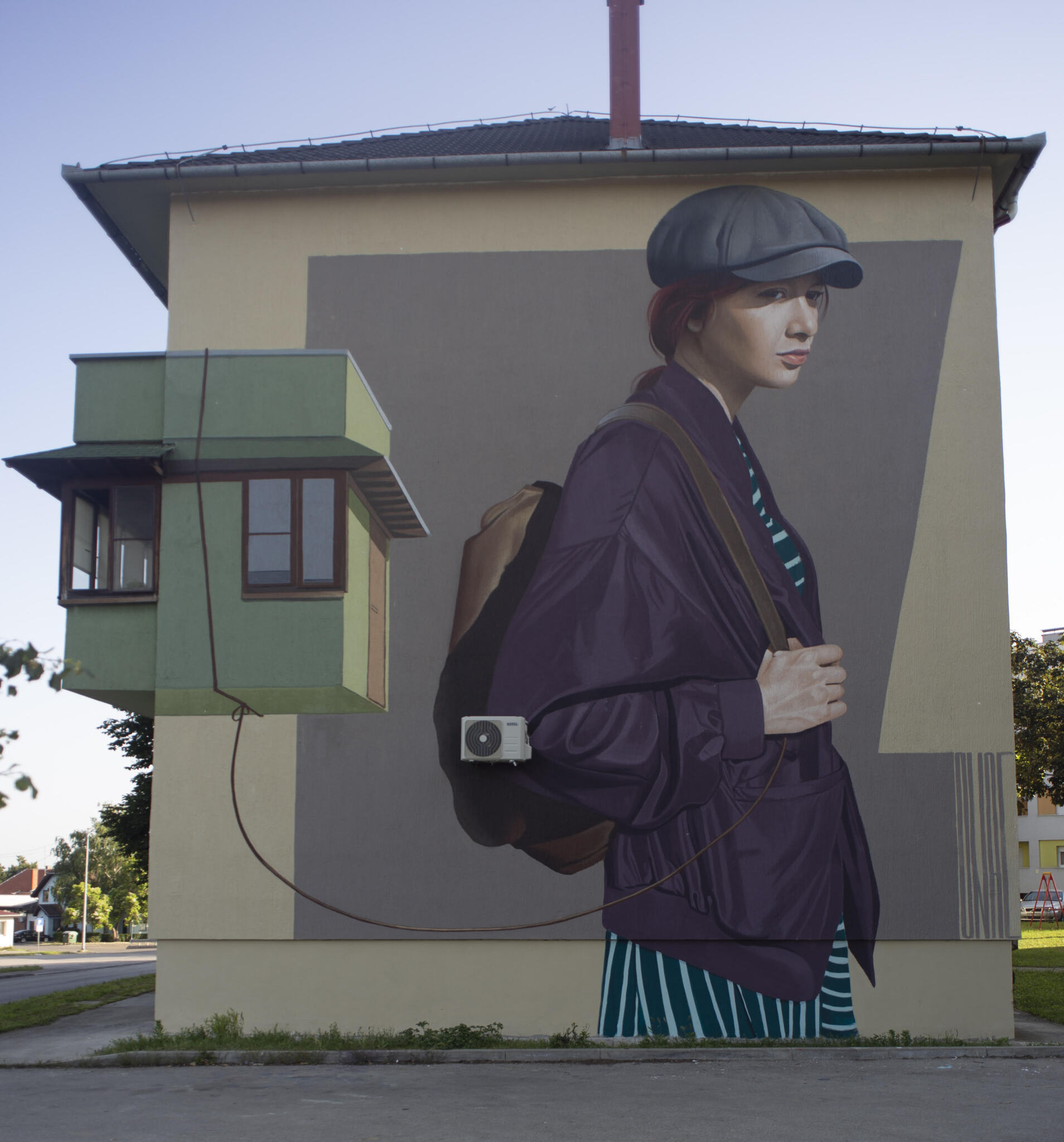 'It all started in 2016 when the City of Vukovar arranged for Croatia’s only 3D street artist, Filip Mrvelj, to come up with an anamorphic painting on the one small bridge over the narrow river Vuka, in the centre of town,' explains Herceg. 'After the painting was finished, it caused a big stir in the media and the rest is history!'

A year later, held over two weeks in June in collaboration with a festival from the Netherlands, the inaugural festival added five newly embellished locations to Mrvelj’s. The subject matter was humorous rather than political in nature: Eduardo Relero’s I’ll Be Back Later… I think showed a toddler crawling out of his basket while his parents were lazing away reading, and Nikolaj Arndt’s The Unexpected Guest depicts a shark jumping out of crack in the pavement as a passer-by balances precariously atop a ship’s mast. 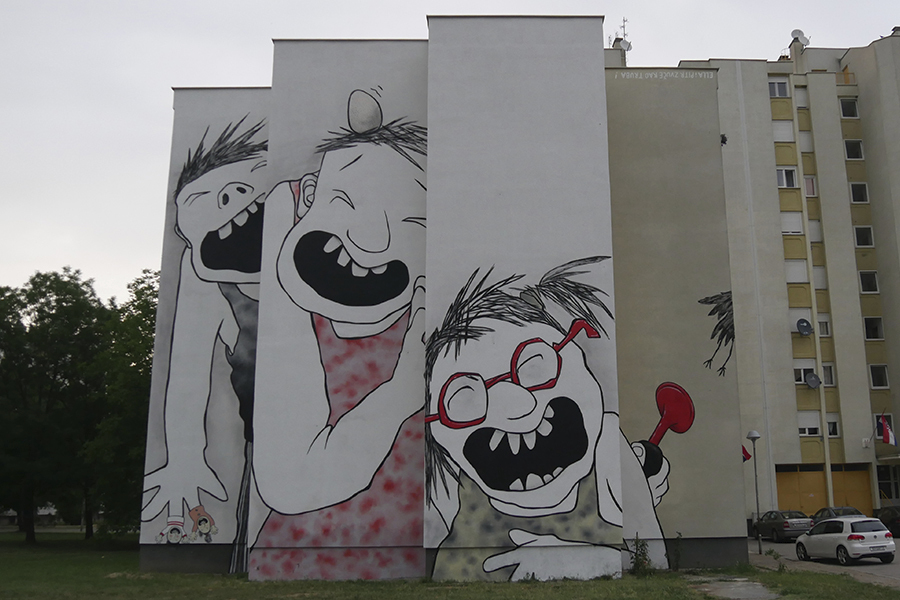 'We see this as huge art platform, and Vukovar as an art harbour – since it's the biggest river port in Croatia on the Danube. In doing so, we set up other activities such as workshops for children, classes and showcases of new technology.'

Perhaps just as important has been the feedback from Vukovar locals. 'The initial reactions were great since the theme for that first festival in 2017 was 3D painting, which is very attractive for passers-by. The second edition brought new styles and different reactions, certainly positive in the main. Within the space of a year, people understood that this can also be categorised as art. Great art by great artists. All in all, it’s an education and, in addition, it raises the overall quality of life, renewing façades.' Herceg is quick to praise every artist who has appeared in Vukovar, but highlights Juandres Vera in particular:

'His was a great art performance in 2017, experimenting by painting over painting.'

For 2020, Herceg and his team plan a whole year’s worth of art activities, such as a half-marathon run past murals, panel discussions, workshops, concert and music events, and an art cycling tour for children. 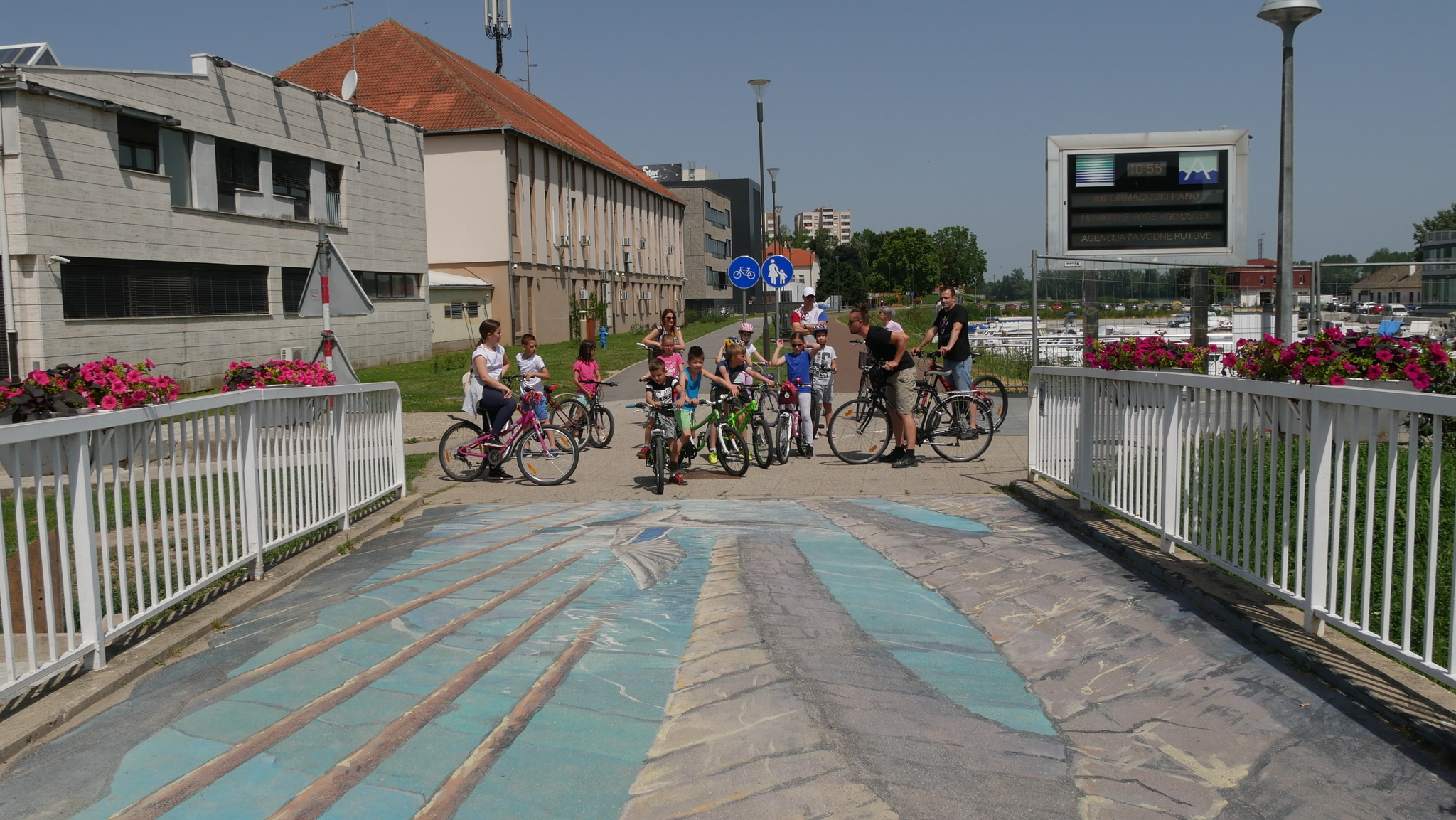 'Our approach is different,' concludes Herceg. 'This isn’t an everyday festival. As a starting point, we decided to attract the world’s best street artists, and we make every effort to do that.'