Built in the 1890s by Hungarian architect Alajos Hauszmann, also responsible for similarly stately buildings in Budapest, the Governor’s Palace is worth exploration not just for the cultural attractions within and around it – the Rijeka City Museum and the History & Maritime Museum – but because of its own history. A century ago, with the collapse of the Habsburg Empire, Italian poet Gabriele D’Annunzio seized control of Rijeka and installed himself in the palace. Mussolini duly removed him but for that short period, Rijeka was the poet’s personal domain 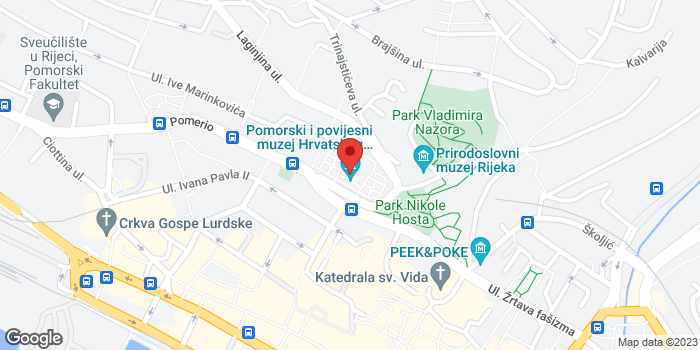