Do your clothes smell like they've been hanging by a bonfire of cigarette smoke? Sick of feeling like you've rolled around in an ashtray after a night out in Zagreb? Let this list guide you to the best smoke-free cafés and bars in the capital where the air is clean and breathable. 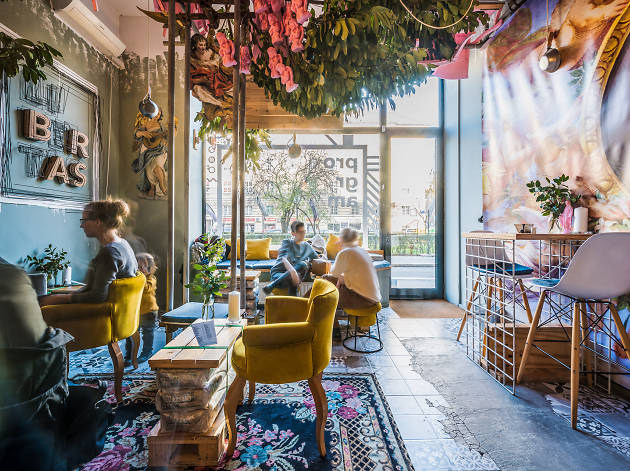 If quirky, imaginatively-designed cafés are what you’re after then Martićeva is the place to find them. Just a few doors away from local cultural hub Booksa, Program is run by the same people who brought you the late, lamented Divas, the famously eccentric living-room-gone-bonkers café that arguably set the whole Martićeva trend rolling. Program goes for a rather novel refurbishment-in-progress look, with (totally unnecessary) scaffolding in the middle of the room and bags of builders’ cement stacked under the tables. Artwork on the walls and pink chairs on the ceiling provide an additional degree of abnormality, without taking anything away from the café’s eminently comfortable and relaxing vibe. The coffee is good; the cakes look a bit on the heavy-duty side at first sight but turn out delightfully soft and springy when they’re on the end of your fork. 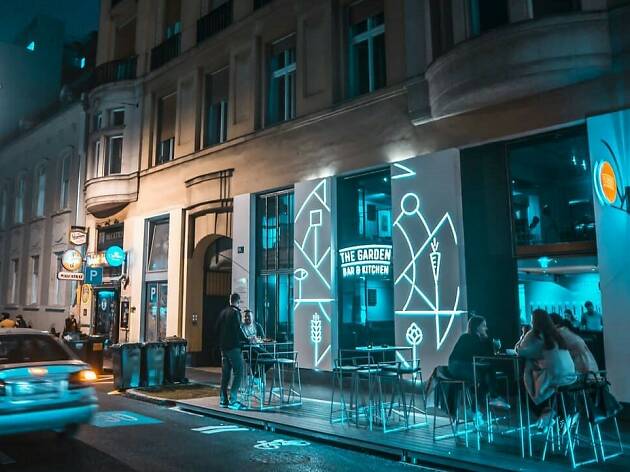 Having spent a couple of years establishing a unique brewery-cum-bar-cum-DJ space out in the suburbs, the ever-agile Garden Brewery now has a base in the city centre too – allowing aficionados to save serious money on all those taxi fares. First and foremost it’s an excellent multi-tap, serving the Garden’s five core beers, a handful of their seasonal specials, and one or two guest brews. It’s also a very good place for lunch or evening munchies, with a menu artfully poised between creative fusion cuisine and grub that goes well with alcohol. It’s one of the best places in town for a good inexpensive lunch, with daily menus (Mondays to Fridays till 3 pm) offering two courses for 65-68Kn. Items on the main menu frequently come with a global-meets-local twist: the fish and chips feature Croatian salmon trout; rolling up the buncek (roast pork knuckle) and serving it in a hot-dog bun is a culinary joke that works rather well. The knockout Zagorska juha (soup from the Zagorje region; 30Kn) is chunky, full of flavour, and serves admirably as a quick lunch in its own right. And as you might expect from the Garden crew the place very much looks and sounds the part, with a minimalism-meets-pop-art interior and a soundtrack that runs from vintage soul to clubby electronica. 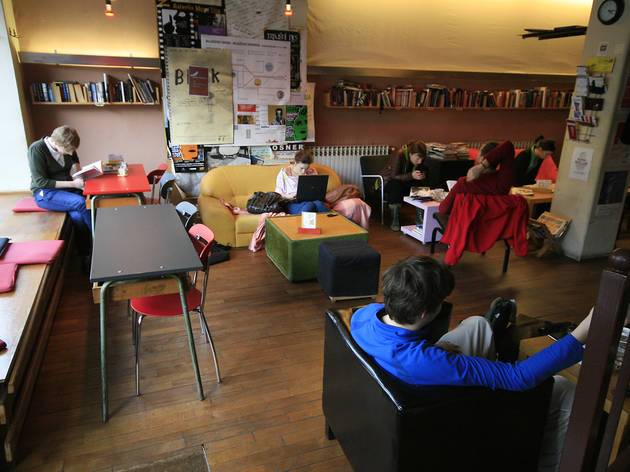 Zagreb’s prime literary club also doubles as a café. There is a symbolic membership fee of 10kn/year, but members can then enjoy WiFi, carefully chosen music, a laid-back atmosphere and regular events that include readings by the big beasts of the local literary scene – with occasional ones by visiting English speakers. One Thursday in a month is reserved for unplugged concerts by local musicians. There’s also a small library of English-language books. Good coffee and several varieties of leaf tea help to make Booksa well worth the quick tram ride or ten-minute walk from the centre. 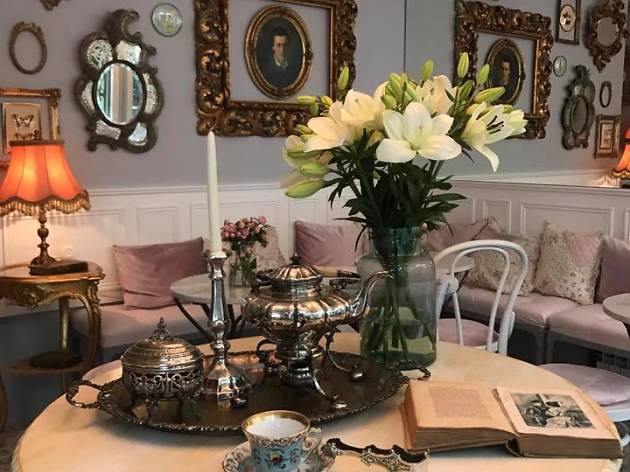 Opened next to a bookstore in 2015, editions piled up around the furniture and ornaments from the first half of the 1900s, Finjak is unique enough to attract custom from anywhere in the city centre. A courtyard also helps. The drinks selection is extensive but geared towards daytime consumption: exotic teas, fine coffees, San Servolo and sought-after beers. 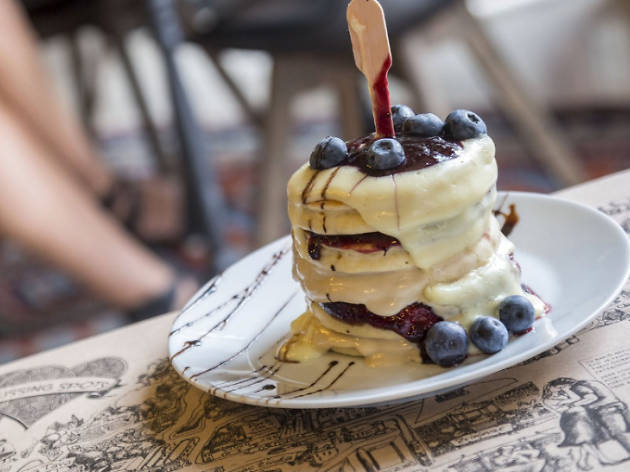 The menu is the same as at the open-air Kava Tava on Britanski trg, but the experience couldn’t be more different: a sequence of barrel-vaulted spaces that seem to tunnel deep into the interior of this historic Tkalčićeva building. The interior designer clearly has an eye for quirky detail, with hairdryers turned into lamps, airline seating doubling as cafe chairs, old sewing machines perched on ledges, and (somewhat disconcertingly if you’re not much of a Pink Floyd fan) the lyrics of ‘Another Brick in the Wall’ straggling across the walls. All in all, it’s a soothing place in which to tuck in to KT’s trademark menu of strong coffee, breakfasts and pancakes; the outdoor terrace, perfectly situated on a curve of this pedestrianised street, comes into its own in spring and summer. 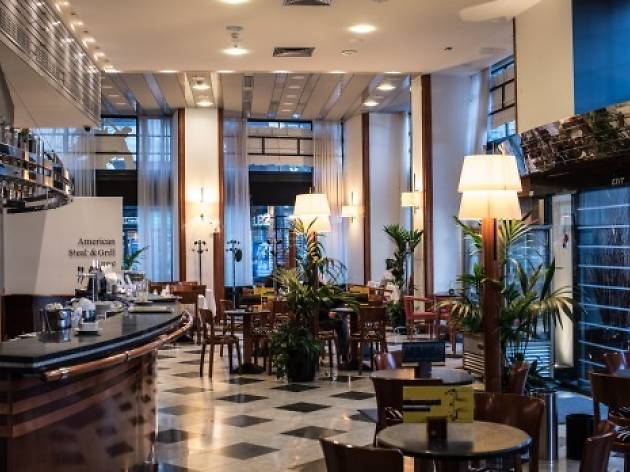 Set in the hotel of the same name, overlooking the main square, this is one of the most revered coffeehouses in Zagreb, exuding classic charm and providing smart service. The location, of course, simply can't be beat. 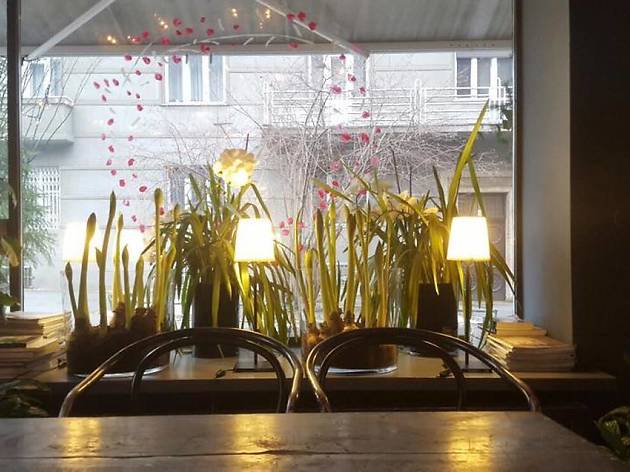 Just off Ilica in a passageway lined by some of Zagreb's fancier shops, Velvet displays the kind of flamboyant-but-minimalist interior typical of its co-owner, avant-garde florist Saša Šekoranja. A big mirror above the marble bar and wine glasses share space with displays of croissants, chocolate cake and quiche. A well heeled gaggle lounges on low couches or elegant wooden chairs, supping strong quality coffee. 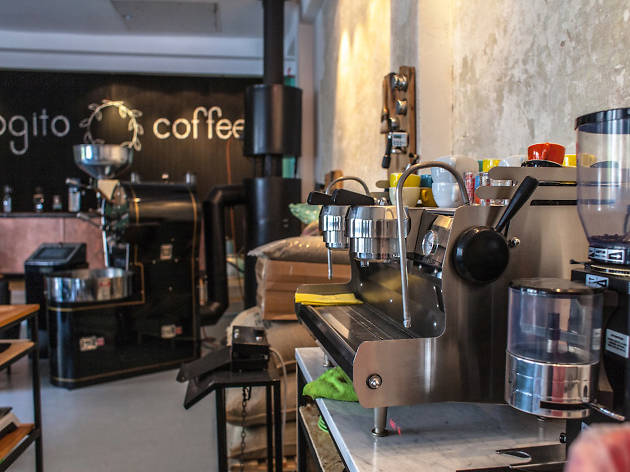 Flagship city-centre bar of the Cogito bean-roasting outfit, this recently-opened clinic for unrepentant caffeine-a-holics is just off the main street, at the start of the mysterious, half-hidden passageway which leads from Varšavska through to Masarykova. Minimally decorated save for some salvaged furniture and a few pictures, it serves a hard-to-beat brew, plus leaf teas, some freshly-squeezed juices, and that’s about it – save for some muffins and cookies provided by the Piknik bakery and sandwich bar. 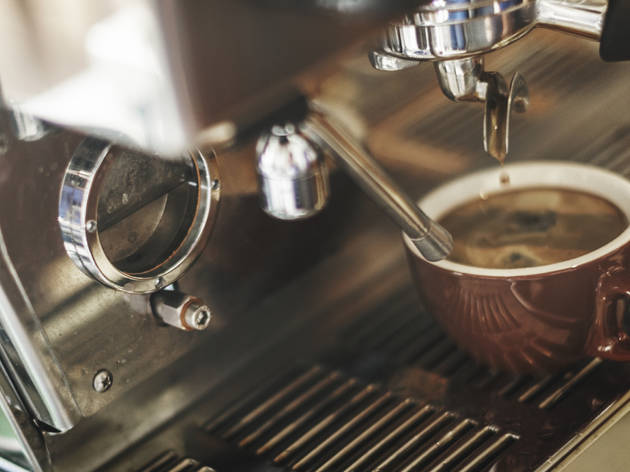 Quahwa treats coffee with the reverence it deserves. One of the few independent roasters in town, Quahwa an easy walk from the main square, located in an attractive courtyard on Teslina. The beans, organic Arabica, are imported from Ethiopia and roasted in the café downstairs. Upstairs, the minimalist interior is cool without feeling cold: cushy ‘70s armchairs and hairpin-legged tables are strewn haphazardly about the polished parquet. Coffee is slightly more expensive than what you'll find in the cafés clustering around nearby Cvjetni Trg. The difference in quality is obvious and worth the few extra kuna. Beyond coffee, Matcha-lattes, specialty liquors and excellent craft beers from The Garden provide a respectable list of alternatives. 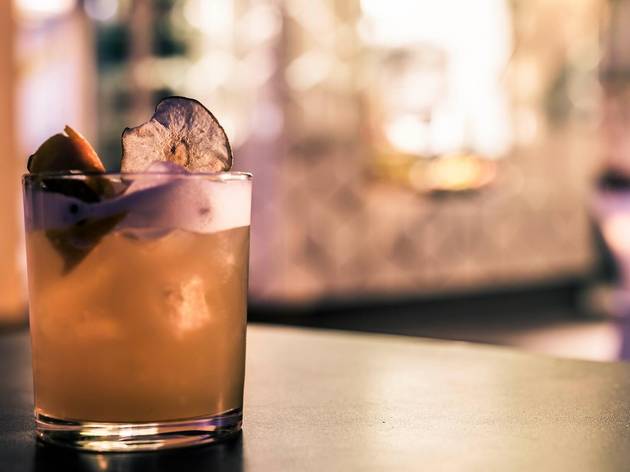 Noel Bar is arguably Zagreb‘s most aesthetically pleasing place in which to enjoy a relaxing daytime brew. Designed by local architecture studio Penezić and Rogina, it’s a great example of how to make the most of a small space, with a glass-cube bar area enfolded by a tiny L-shaped lounge with room for three or four tables. Wall-hugging green couches provide a simple and effective sense of comfort. An outdoor terrace with decking, sofas and potted plants has the feel of a small urban garden, and is deservedly popular with local drinkers on languorous summer evenings.