A Garden for all seasons

Born from a summer festival season, the Zagreb-based brewery is going from strength to strength. Marc Rowlands meets the head brewer Tom O'Hara

Time Out in association with The Garden.
FacebookTwitterPinterestEmailWhatsApp
Advertising

With folks still swimming in the Adriatic in late October 2019, autumn's eventual arrival felt less like a natural transition than it did a sudden shock. But, when this season hits Croatia's capital city of Zagreb, it tends to stick. The accompanying greyness lingers long, residents transfixed in a perpetual twilight that lasts until the city once again explodes with the colour that December's famous Advent brings.

Nowhere is this greyness more consuming than the Zagreb suburb of Žitnjak. The fields of wheat after which this neighbourhood was named are long gone, replaced by one of the city's largest industrial estates. There are no lights from homely residential dwellings warming the street scenes here. Instead, vast pools of rainwater collect on concrete paving before equally vast and characterless industrial buildings.

‘Everyone thought we were insane opening a venue in Žitnjak,’ laughs Tom O'Hara, head brewer for The Garden Brewery and also, temporarily, Time Out's guide to their base of operations. Truth be told, Žitnjak is exactly the kind of place you'd expect to find an industrial brewery set-up. But, it's not where you'd expect to find one of Zagreb's most diverse and singular event venues. 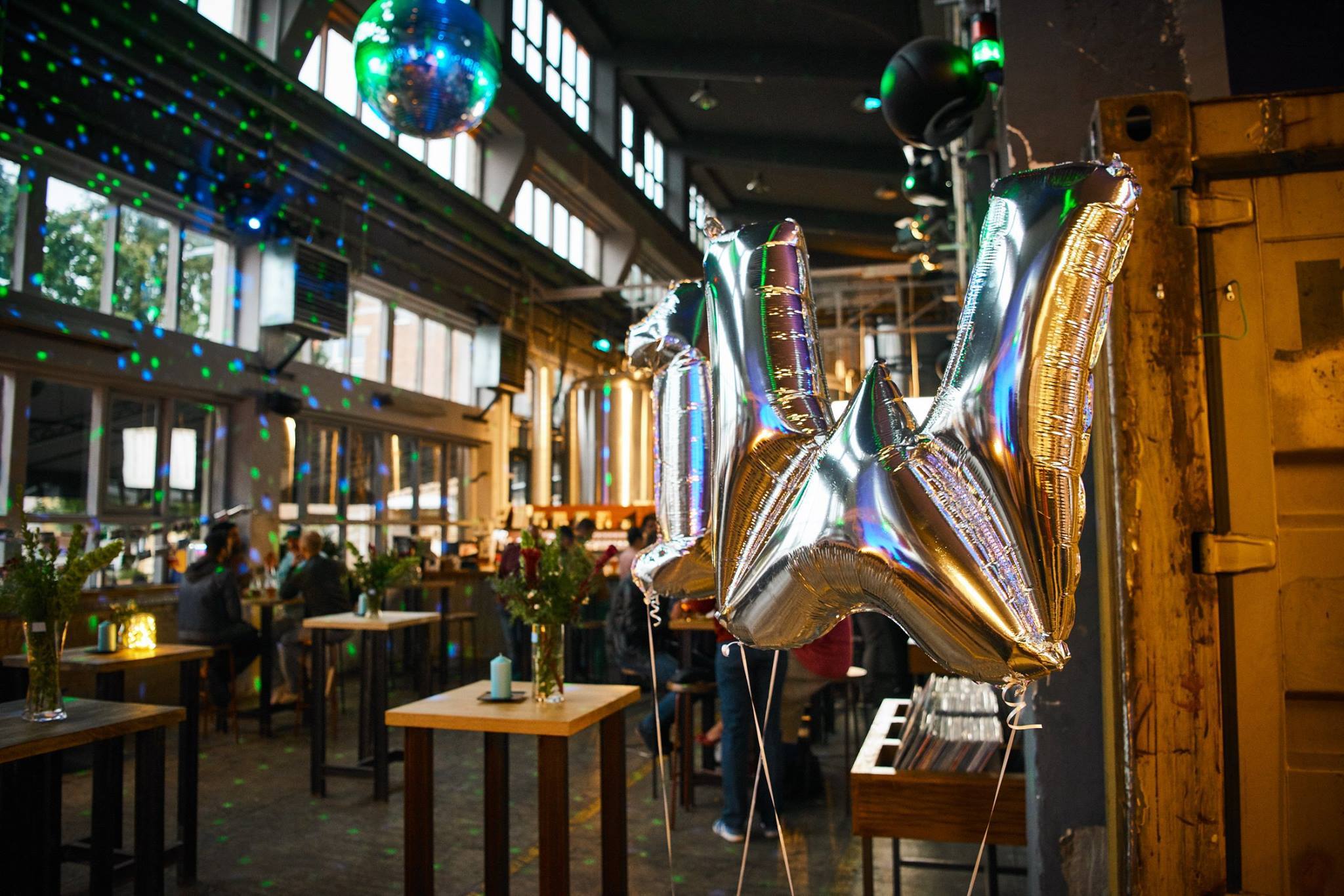 ‘You can see for yourself, it's absolutely flying,’ says Tom, as we weave between the fully occupied tables of the venue's public bar area. ‘It's always like this.’
Its remote location marking it as a destination venue, you might expect to find The Garden Brewery so occupied and full of life on the occasions when they bring international DJ talent to Zagreb (in 2019 alone they've hosted Chicago don Derrick Carter, London's gay disco cabal Horse Meat Disco and uber-cool German selector Gerd Janson). But, this is a rainy midweek lunchtime and the place is packed to the rafters. Does this operation have some kind of Midas Touch?

It's just over three years since The Garden Brewery made its first beer. Descended from a bar, The Garden, in Zadar, which gave rise to a festival of the same name, this is a brand that has gone through various stages of development since it was birthed on the coast of Dalmatia, Croatia more than a decade ago. The Garden Festival may now have gone, but the name is still synonymous with Croatia's now world-famous summer music festivals. The Garden is now the title of the festival site (The Garden Resort) in Tisno. The venue, with its onsite accommodation coupled with the Garden Resort's F&B and production teams, who cover all aspects of festival event production, makes it the perfect summer festival and event location. It rents its infrastructure, staff and know-how to some of the most famous music events happening in Croatia including Love International, Suncebeat, Defected Croatia, Hospitality On The Beach, Dekmantel Selectors and, from 2020, Outlook and Dimensions too. It was a savvy move to switch their energies from promoting a single festival to creating and managing a season-long festival site. But, the decision to produce their own beer with which they could supply these festivals was nothing short of genius. 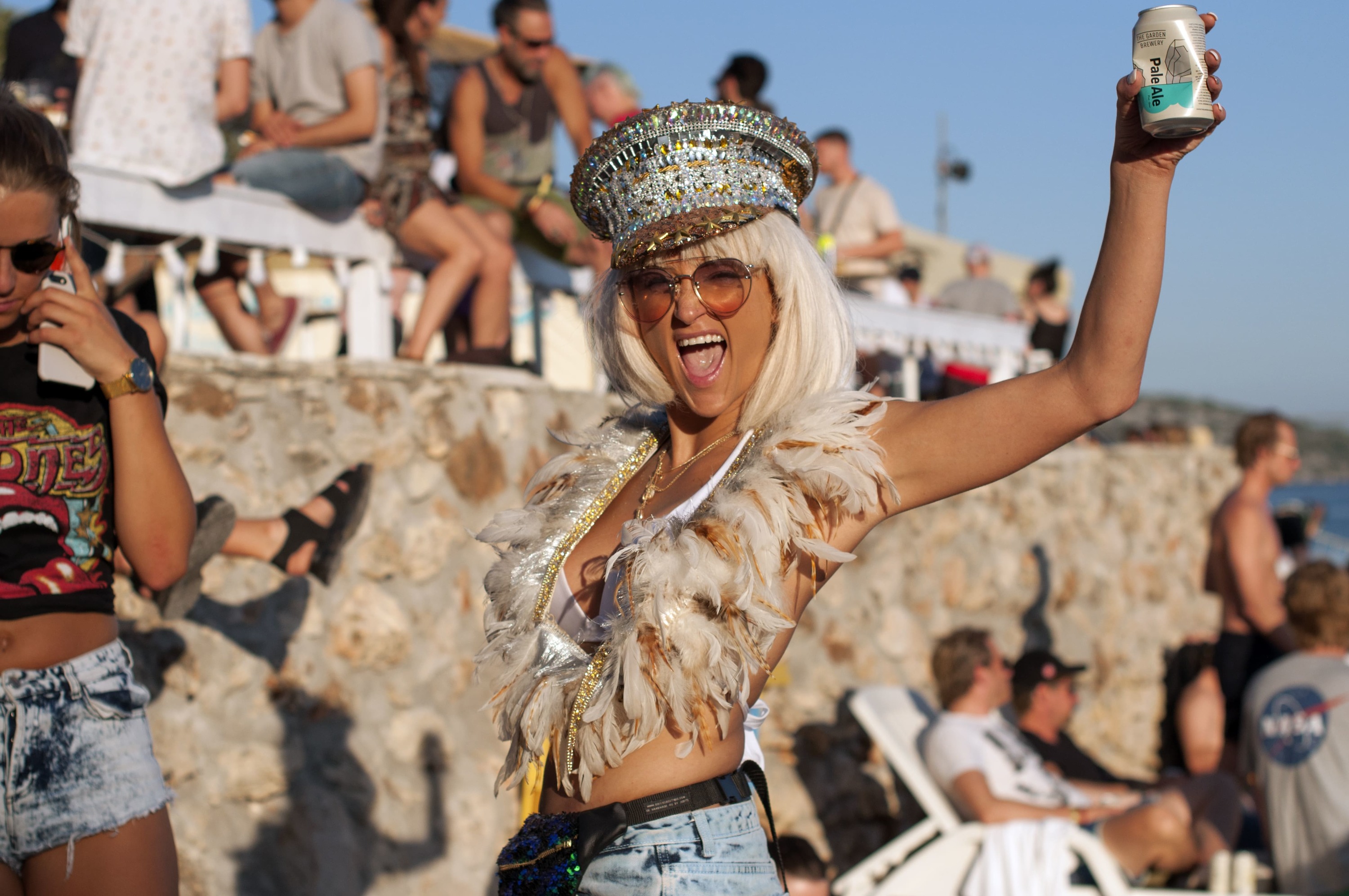 Over 30, 000 people will pass through The Garden Resort's festivals in 2020, most of them partying day and night for around five to seven days. And The Garden Brewery is the exclusive beer brand to all on the site. Not that The Garden Brewery has been content with simply supplying this captive audience.

‘Essentially, Croatia is a small country,’ explains O'Hara. ‘It's also very seasonal. The only way we can beat seasonality and grow to where we want to be is by bringing other markets into play.’

To that end, The Garden Brewery has developed an export market that must be the envy of every brewer, major or independent, in Croatia. In three short years, The Garden Brewery has become the largest exporter of Croatia-made beer, its constantly evolving range of one-offs and seasonal specials now eagerly anticipated by beer connoisseurs across the international craft beer scene.

‘Our specials programme,’ says O'Hara confidently when asked to explain this unprecedented success in exports. ‘We've made over 80 different kinds of beer over the last three years and we're constantly making more. We sell very little of our core range in the export market because everyone's most interested in what's new, what's different.’

From flavoured stouts and seasonal porters to a huge range of pale ales, lagers and session beers, The Garden Brewery courts international attention with its imaginative experimentations and pitch-perfect flavours. In 2019 the brewery was named 'Best EU brewery' by Beer 52, a UK-based home delivery subscription service for craft beers. It's the largest of its kind in the world. 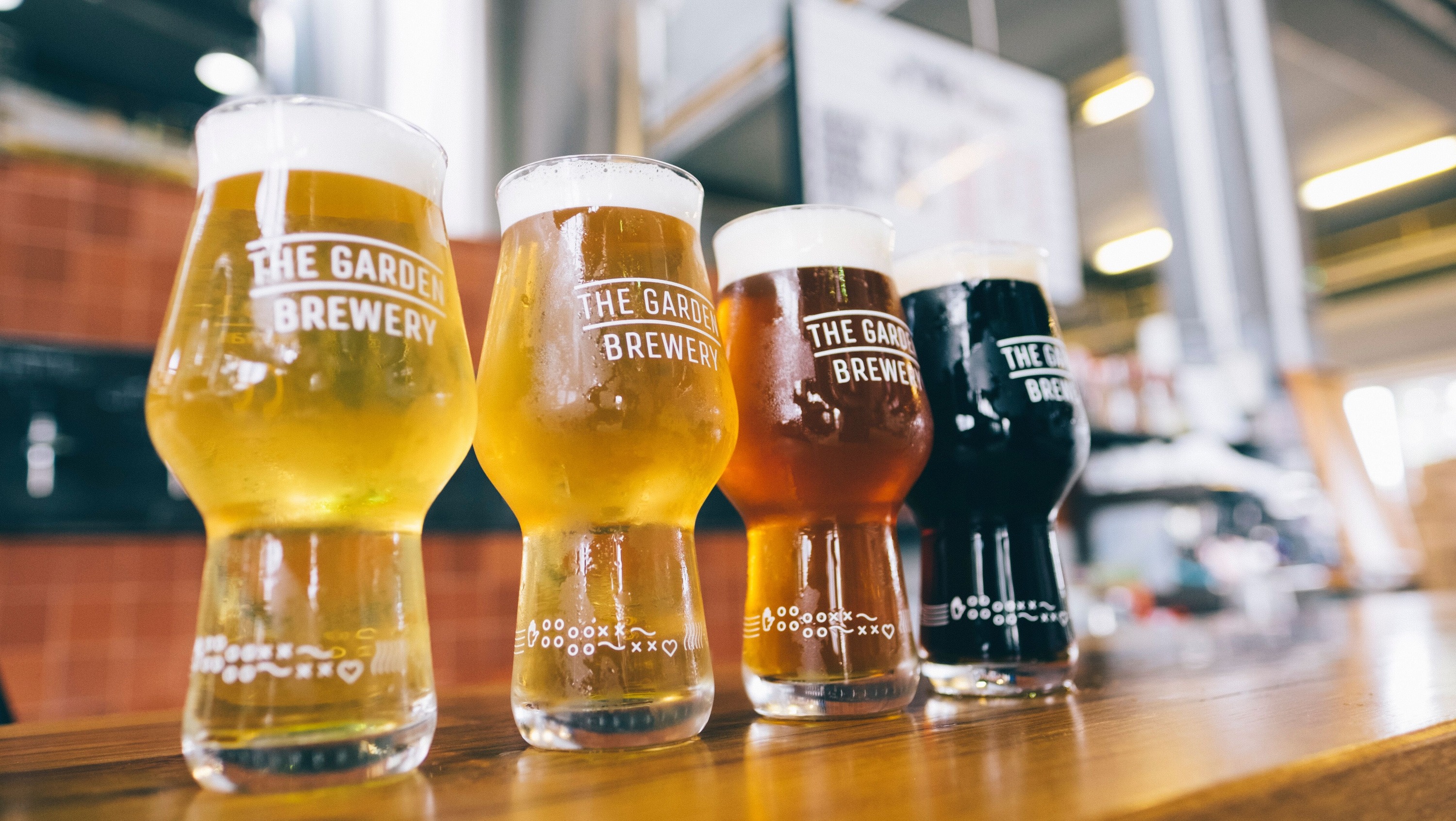 ‘There were 400, 000 votes cast across the whole awards this year, so it's a pretty big deal,’ notes O'Hara. ‘It's always nice to be voted for by the public. After all, they're the ones drinking it regularly.’

Famous because of its ties to international festivals and with a talented head brewer of Irish descent, you could be forgiven for thinking that The Garden Brewery was a foreign company with a base of operations in Croatia. But, that hardly gives them credit for their impact in Croatia.

‘Some people might see us like that because some of the owners are British,’ replies O'Hara when asked if the perception is that The Garden is a British brewery in Croatia. ‘But, some of the other owners are Croatian. I myself am the only member of the full-time brewery staff who is not Croatian.’

The Garden Brewery now has 18 full-time members of staff, all Croatian. That number rises to 30 across all of the sectors of their business, including the festivals. Every beer they make carries a label which proudly states 'Made in Croatia', not that O'Hara seems overly fussed by however they're perceived. ‘We like to think of ourselves more as an international brewery in Croatia, because we're thinking beyond the borders.’ 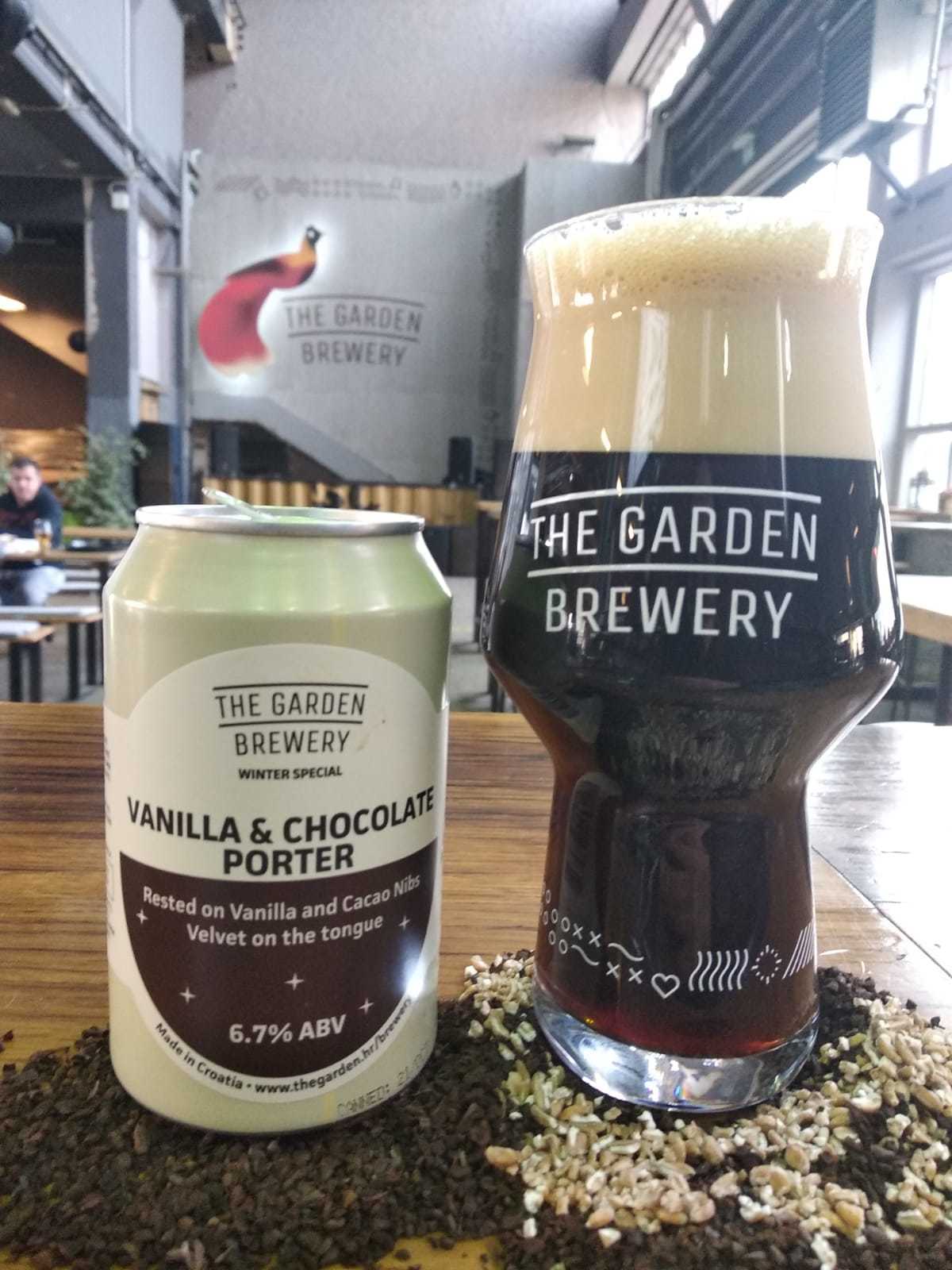 With Christmas just around the corner, it's the time of year for The Garden Brewery's thinking to switch from festivals to festivities. Hitting the shelves at this time is their Chocolate and Vanilla Porter, a richly-flavoured, dark-coloured brew which the team introduced last year at the Fuliranje section of Zagreb's Advent manifestation, located on Strossmayer square. It was voted one of the Top 20 porters in the world by Rate Beer and will be joined on Strossmayer square by a music programme contributed to by The Garden Brewery's Adriatic Coasting DJ Agency, which last year saw New York's Todd Terry headline on New Year's Eve. In 2019, The Garden Resort returned the favour as Fuliranje held their first festival outside of Zagreb. 'Fuliranje on the sea' became the first fully Croatian festival to take up one of the slots in the summer season at Tisno, attracting a homegrown audience to a location which in previous years has been enjoyed largely by visitors. Their ongoing plans with these sometime event partners have been joined in 2019 by a collaboration with the Submarine burger outlet. Their burgers can be seen on most of the tables at The Garden Brewery each lunchtime alongside pints of the good stuff. 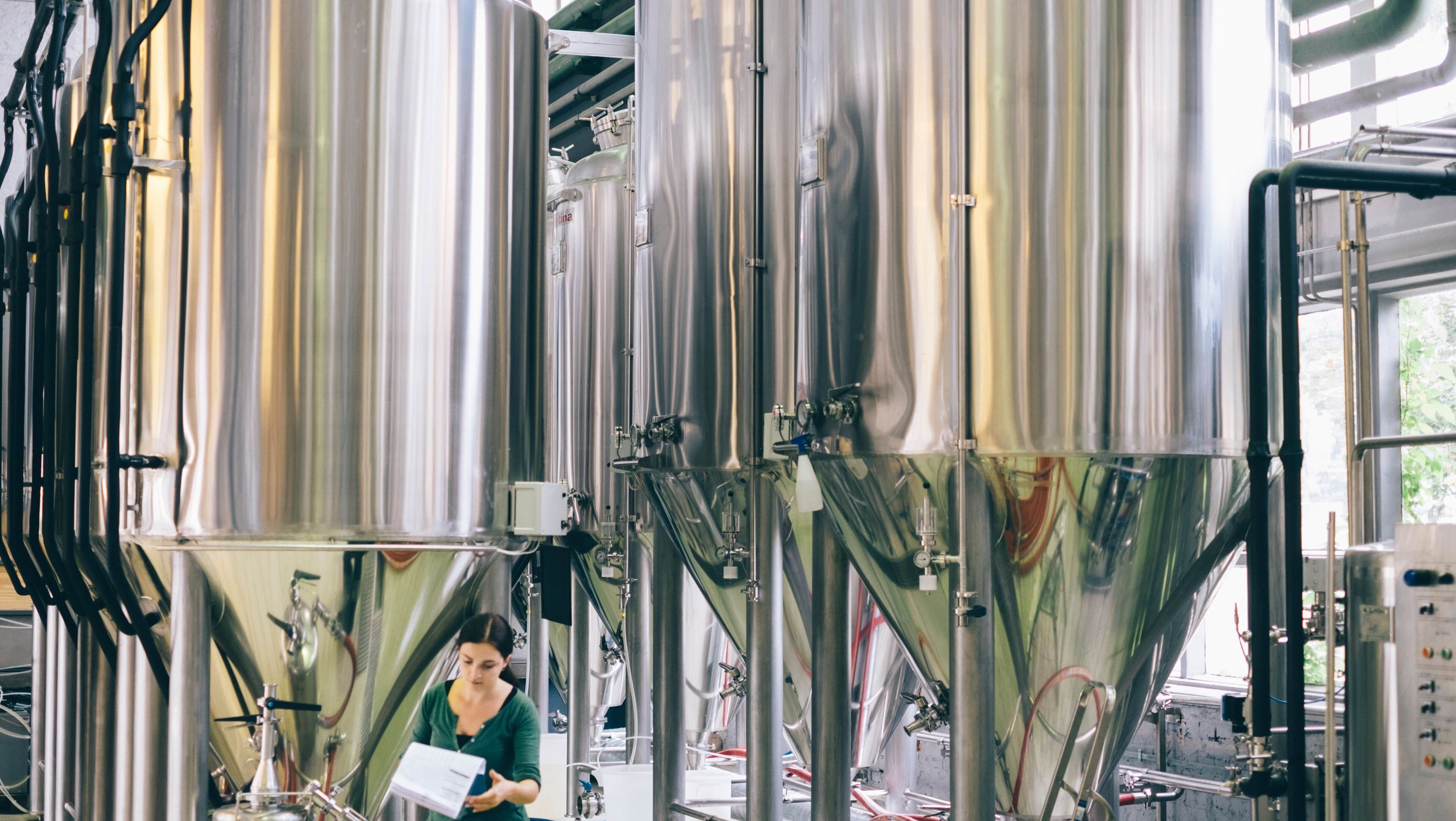 O'Hara guesses that one of the next areas in which the brewery will travel is in its development of a beer type known as Sours. Sharp and contrasting to a regional preference for sweet things, Sours are nevertheless the exciting new trend in the international craft beer movement, following several years of obsession with extreme hop flavours and pale ales.

‘The famous answer is always lagers,’ he laughs when asked to predict which way the craft scene will move next, conceding this may be prompted by a kind of palette fatigue experienced by those within the industry. ‘Craft breweries have been predicting lagers for the last six years. Largely because people like us who work at them, love to drink lagers. It's very hard to predict but, personally, I think sours are going to have an elongated stay.’

Whichever way the scene moves, don't be surprised to see The Garden Brewery in the thick of it. Whether it's a glass of golden sunshine enjoyed at their festivals by the sea or a darkened porter to warm you in winter, The Garden Brewery in Zagreb will continue to offer great beers for every season.